Accessibility links
Former KKK Leader David Duke Says 'Of Course' Trump Voters Are His Voters : The Two-Way The former grand wizard is running for U.S. Senate in Louisiana. Duke tells NPR that, based on polling by his campaign, he believes he'll be supported by more than 75 percent of Donald Trump voters.

David Duke: 'I represent the ideas of preserving this country' 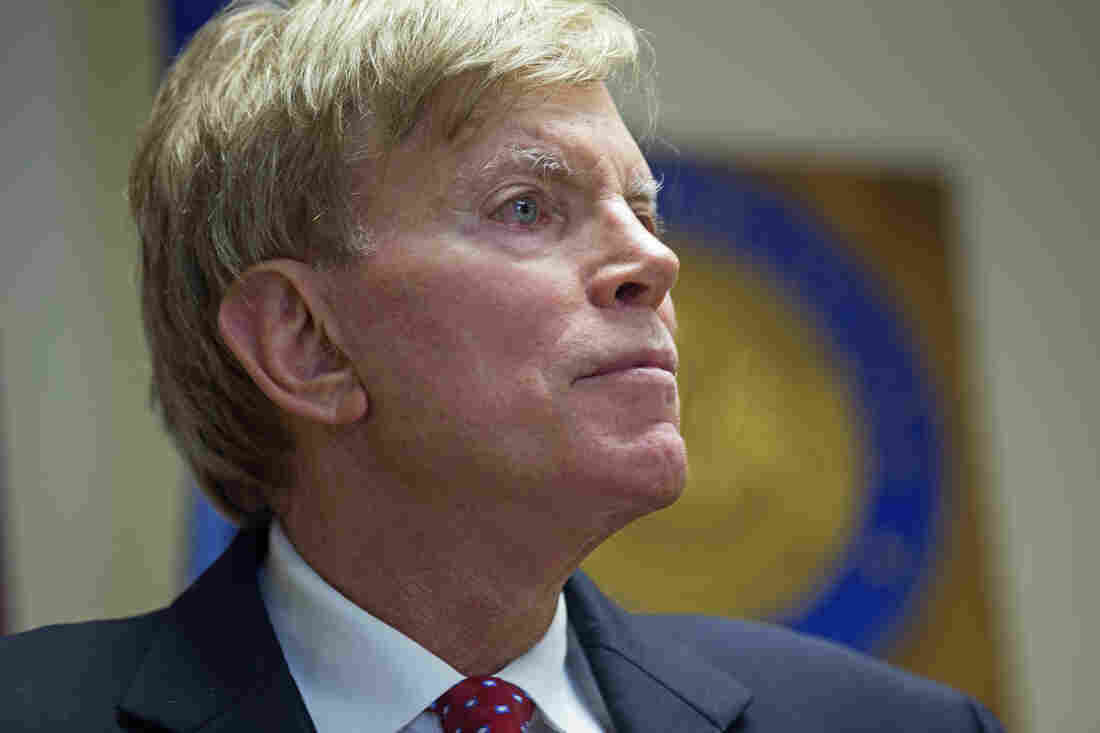 Former Ku Klux Klan leader David Duke talks to the media at the Louisiana secretary of state's office in Baton Rouge, La., on July 22, after registering to run for the U.S. Senate. "The climate of this country has moved in my direction," Duke said as he announced his candidacy, one day after Donald Trump accepted the GOP nomination for president. Max Becherer/AP hide caption 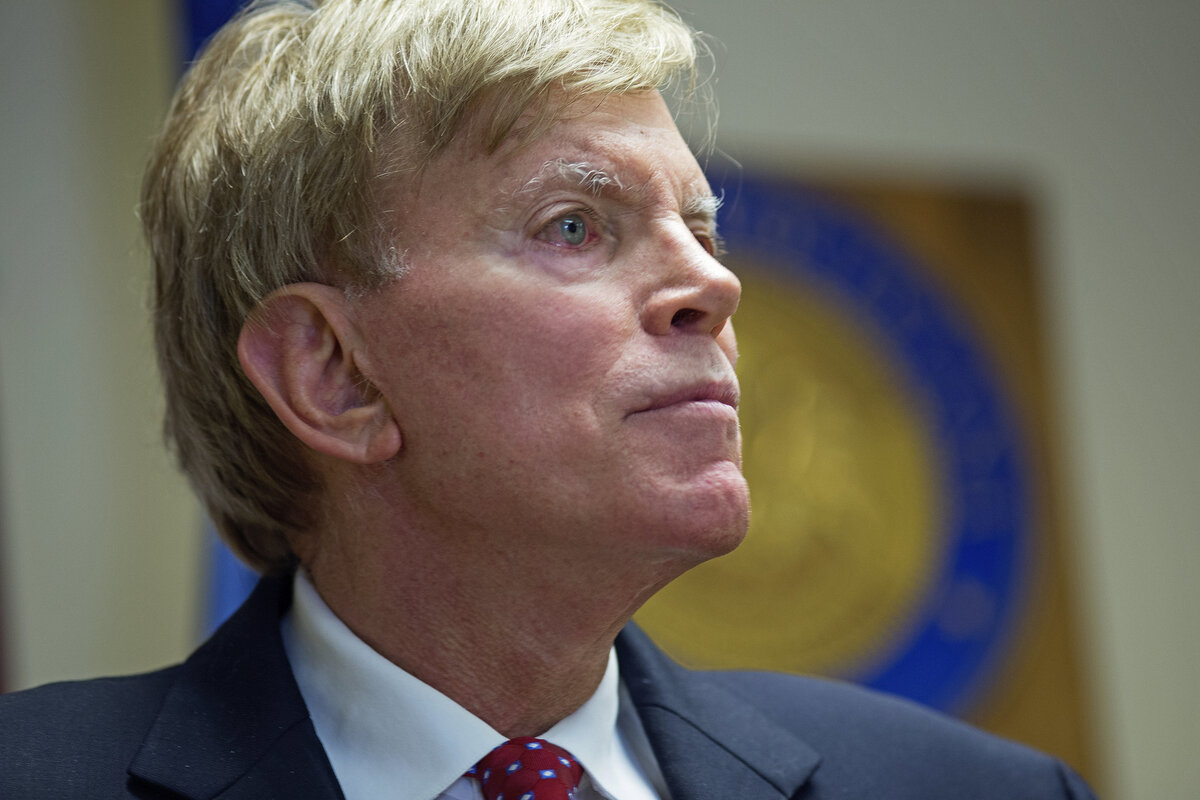 Former Ku Klux Klan leader David Duke talks to the media at the Louisiana secretary of state's office in Baton Rouge, La., on July 22, after registering to run for the U.S. Senate. "The climate of this country has moved in my direction," Duke said as he announced his candidacy, one day after Donald Trump accepted the GOP nomination for president.

Former Ku Klux Klan leader David Duke is running for U.S. Senate and tells NPR that he believes he'll be getting the votes of Donald Trump supporters.

And he reiterated his own support for Trump, saying he's "100 percent behind" the Republican presidential candidate's agenda.

"As a United States senator, nobody will be more supportive of his legislative agenda, his Supreme Court agenda, than I will," Duke said.

Trump, while he once said he didn't know enough about Duke to comment on him, has several times disavowed endorsements by Duke. But that hasn't stopped some white supremacists from publicly supporting Trump's campaign.

Duke says that Trump's attacks on Muslims and illegal immigration have brought his own beliefs into the mainstream.

The former KKK grand wizard, who describes himself as advocating for European-Americans, filed to run for an open Senate seat in Louisiana just one day after the Republican National Convention.

In an interview with Morning Edition, Duke criticized the Republicans who have recently declared that they don't support Trump.

"I think that those Republicans, or those so-called conservatives, they are betraying the principles of the Republican Party and certainly conservatism," Duke said. "Donald Trump is not a racist. And the truth is in this country if you simply defend the heritage of European American people then you're automatically a racist."

David Duke: 'I represent the ideas of preserving this country'

In his interview with NPR's Steve Inskeep, Duke claimed there is "massive racist, racial discrimination against European-Americans" and a "very vicious anti-white narrative" in the media. Hollywood, he said, is not controlled by European-Americans.

Inskeep broke in to ask whether Duke was referring to Jews.

Inskeep said the candidate "went on for a while, unspooling old racist theories that he said were not racist. He said Europeans built America, though his own state was built in large part by the descendants of Africans. He wrote Jews out of Europe's history."

"Some critics see echoes of discredited tales like these in some gestures by Donald Trump," Inskeep said. "On Twitter, Trump posted an image of Hillary Clinton, piles of cash, and an apparent Star of David. He later said it was just a star."

When asked whether he thinks Trump supports him, Duke said he doesn't know what Trump thinks of him.

"I don't know if he's with me or not but I would hope that he and others would realize that the same lies they make about him is what they say about me," he said. "I've always said that I'm for equal rights for all people, but I also believe that European-Americans shouldn't be facing discrimination either."

He was confident that Trump backers in Louisiana would support his Senate run.

"We've already polled inside the Trump voters, and we know that we're going to carry 75 to 80 percent of those who are going to vote for Trump," he said.

Steve asked, "You think Trump voters are your voters?"

"Well, of course they are!" Duke said. "Because I represent the ideas of preserving this country and the heritage of this country, and I think Trump represents that as well."

You can hear the full interview here.