Accessibility links
Donald Trump Endorses House Speaker Paul Ryan : The Two-Way After refusing to back the House speaker Tuesday, Trump took a step toward healing the party rift by issuing words of support to powerful GOP members who've sought to distance themselves from him. 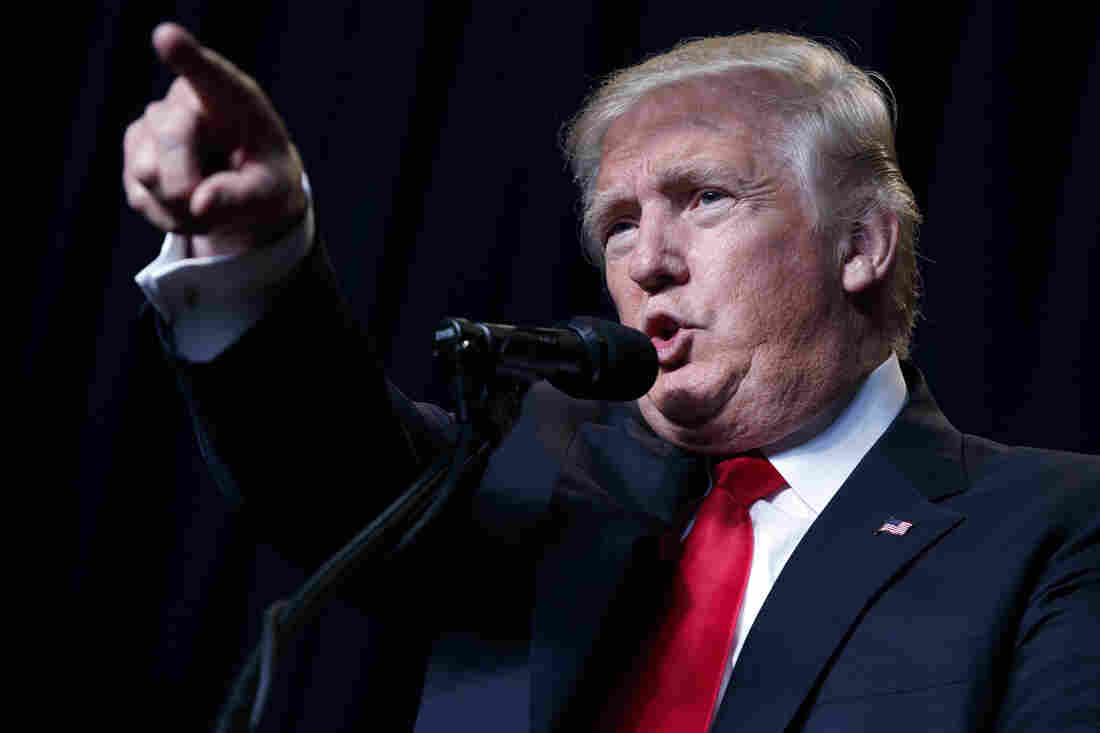 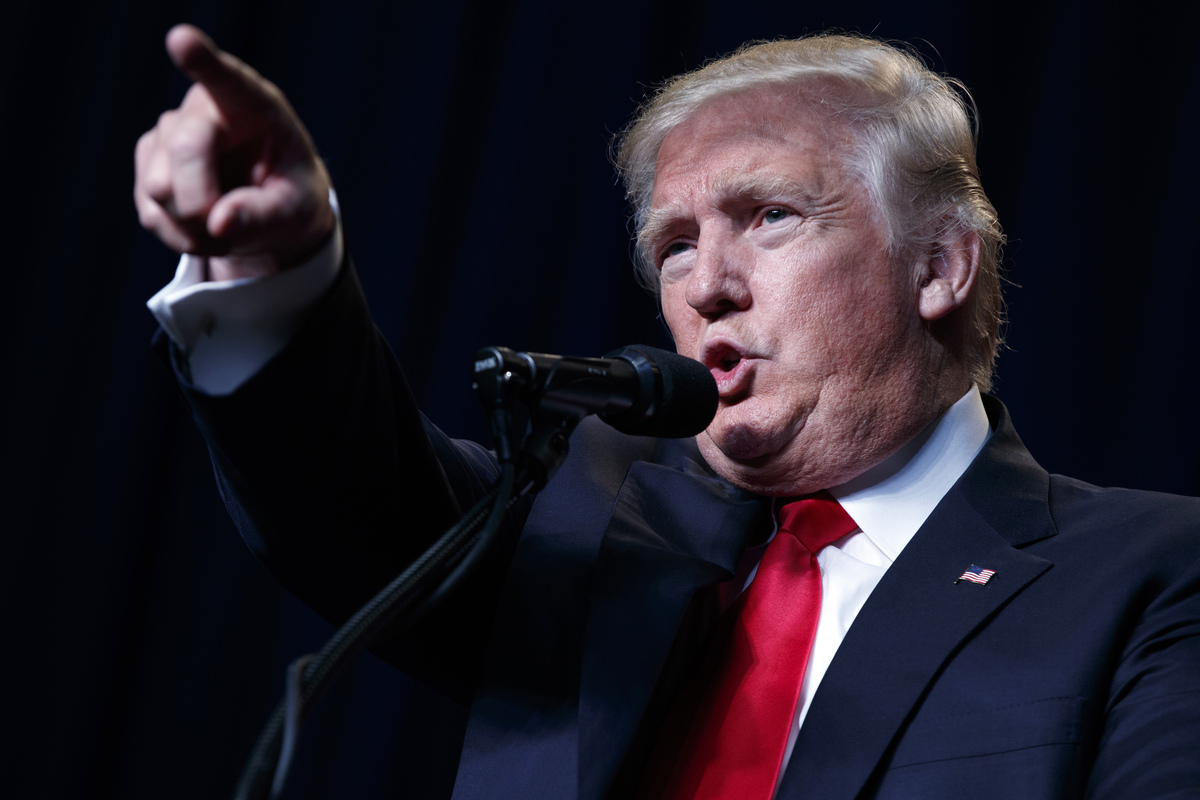 "We will have disagreements but we will disagree as friends and never stop working together toward victory," Trump said, delivering prepared remarks during a campaign rally in Green Bay, Wis.

"So in our shared mission to make America great again, I support and endorse our speaker of the House, Paul Ryan. He's a good man," Trump added, flashing a grin and two thumbs up to a crowd in applause.

Trump, whose candidacy has been marked by frequent attacks on Republican leadership, changed his tune from just days earlier.

On Tuesday, Trump withheld his support for the House speaker's Wisconsin primary re-election, saying in an interview with The Washington Post, "I'm just not quite there yet," words that echoed Ryan's comments about his own initial hesitation to endorse Trump as presidential nominee back in May: "I'm just not ready to do that at this point. I'm not there right now."

Paul Ryan and other elected Republicans haven't held back criticism for Trump either.

Signs of GOP divisions manifested most recently in Republican reactions to Trump's response to Khizr Khan, a Muslim father who spoke at the Democratic convention about his soldier son who was killed in Iraq in 2004, as NPR Politics' Amita Kelly previously reported:

Ryan said he "rejects" any religious test for entering the country — a clear jab at one of Trump's evolving immigration proposals — and that "Captain Khan was one such brave example" of Muslim-Americans who have "served valiantly in our military and made the ultimate sacrifice."

On Monday, Sen. John McCain, whom Trump once mocked for being captured during the Vietnam War, rebuked Trump's comments about the Khans.

"I hope Americans understand that the remarks do not represent the views of our Republican Party, its officers, or candidates," McCain said in a nearly 700-word statement.

As for Trump's critiques of the Khans, Pence gestured reconciliation in a statement, saying, "Donald Trump and I believe that Captain Humayun Khan is an American hero and his family, like all Gold Star families, should be cherished by every American."

However the rocky path towards GOP unity plays out, Trump will have to win over Wisconsin's Republicans to win the state. So extending an olive branch to Paul Ryan — the popular Republican representative of the 1st District of Wisconsin — looks like a strategic move for Trump if he wants the support of fellow Republicans hoping for a strong challenger to defeat Hillary Clinton come November.