Accessibility links
Rebel Forces Push To End Government Siege Of Northern Syria's Aleppo : The Two-Way A former al-Qaida affiliate and their allies are now poised to besiege the government-held side of the divided city, which could impact more than a million civilians. 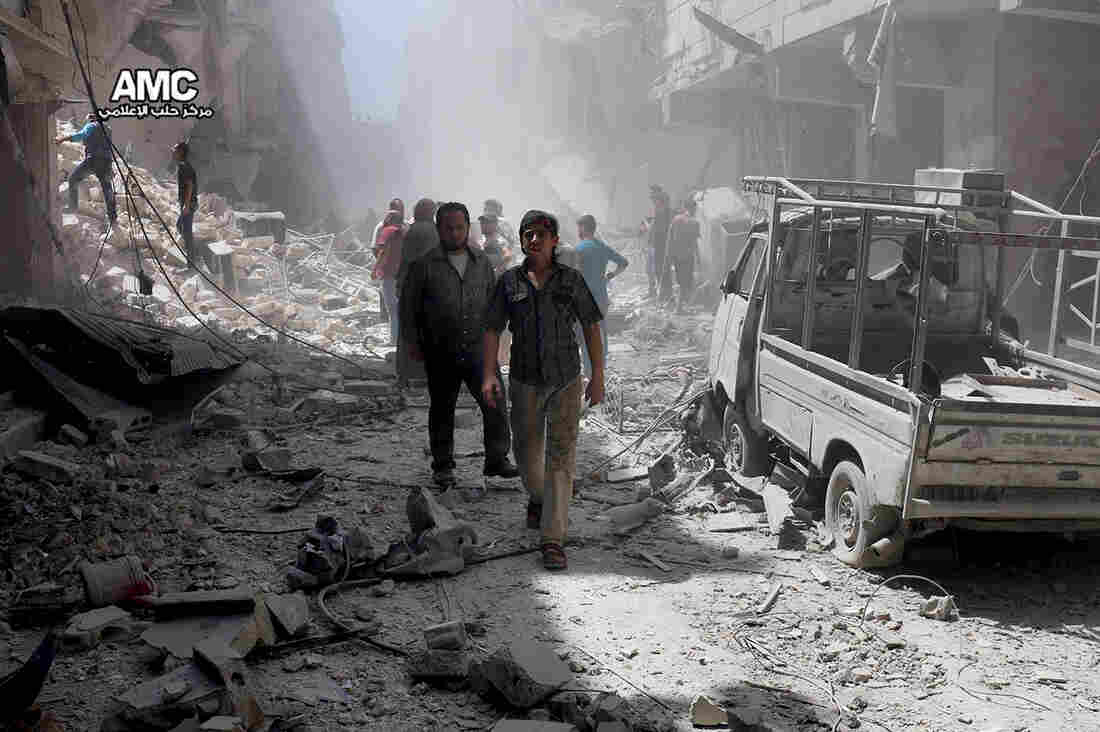 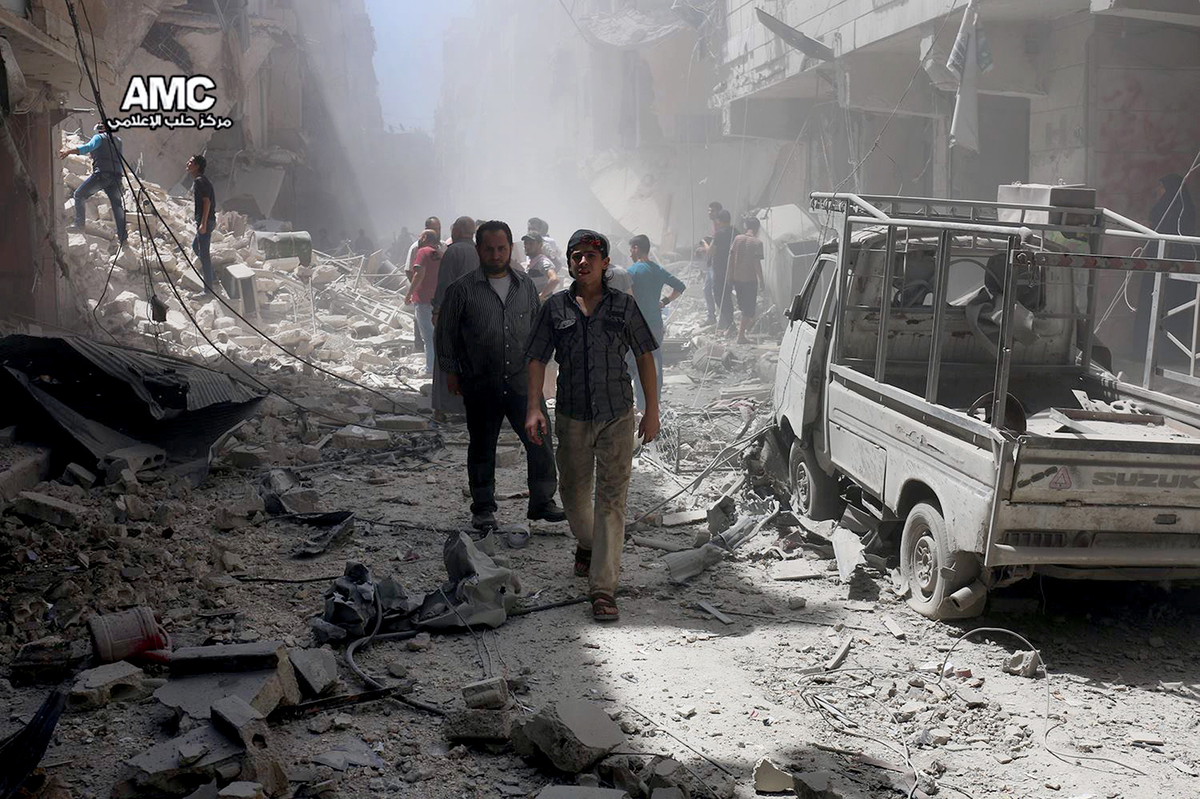 In the northern Syrian city of Aleppo, rebel fighters say they've broken through a government siege amid fierce fighting.

Now, fighters belonging to a former al-Qaida affiliate called The Levant Conquest Front and their allies are poised to reverse the government's siege and begin laying siege to the government-held side, as NPR's Alison Meuse tells our Newscast unit. She adds: "The Syrian Observatory for Human Rights says that would put 1.2 million civilians under siege — more than all those besieged by the regime nationwide."

The Levant Conquest Front, which used to be known as the Nusra Front, announced last week that it was changing its name and severing ties with al-Qaida. As we reported, the group's ideology remains the same, though the shift could "complicate U.S. military efforts in Syria."

Alison explains that the Front "says its men have converged with their brothers who were trapped in the Aleppo siege," and has vowed "to restore all routes lost to regime forces one month ago." At the same time, she adds that the Syrian air force is bombing rebel convoys, according to Syrian state media.

As we have reported, "Aleppo is divided between rebel forces and troops loyal to the government. The rebel-held areas are in the east of the city."

Since mid-July, the rebel-held areas of the divided city have been under siege amid concerns of an imminent humanitarian crisis. The U.N. estimates that those areas hold some 300,000 people.

Siege tactics have been widely used by multiple parties during the course of Syria's war, now in its sixth year.

According to the Syrian Observatory of Human Rights, Saturday's fighting in Aleppo was centered on a military college and an artillery battalion. As Reuters explains, gaining control of the strategic military complex "would isolate government-held western Aleppo by cutting the southern route out towards the capital Damascus." The Observatory says that at this point the road remains under government control.

There are also significant developments in a separate battle in Syria involving two different parties to the conflict. About 55 miles away from Aleppo near the Turkish border, U.S.-backed fighters say they have taken "near-full" control of an ISIS stronghold. A spokesman for the Syrian Democratic Forces tells Alison that "his men now hold more than 90 percent of Manbij."

The fighting in the former ISIS transit point has taken a heavy toll. The Observatory says it has documented 432 civilian deaths since May 31, including 203 from coalition airstrikes. The others were killed by "snipers, land mines and heavy machine-guns."

The Observatory reports that 269 SDF troops and 932 ISIS fighters were also killed in the clashes.