Accessibility links
In A Rare Speech, Japan's Emperor Hints At Abdicating : The Two-Way Emperor Akihito said his age and poor health could make the performance of his duties impossible. But Japanese law doesn't allow for the emperor to step down. 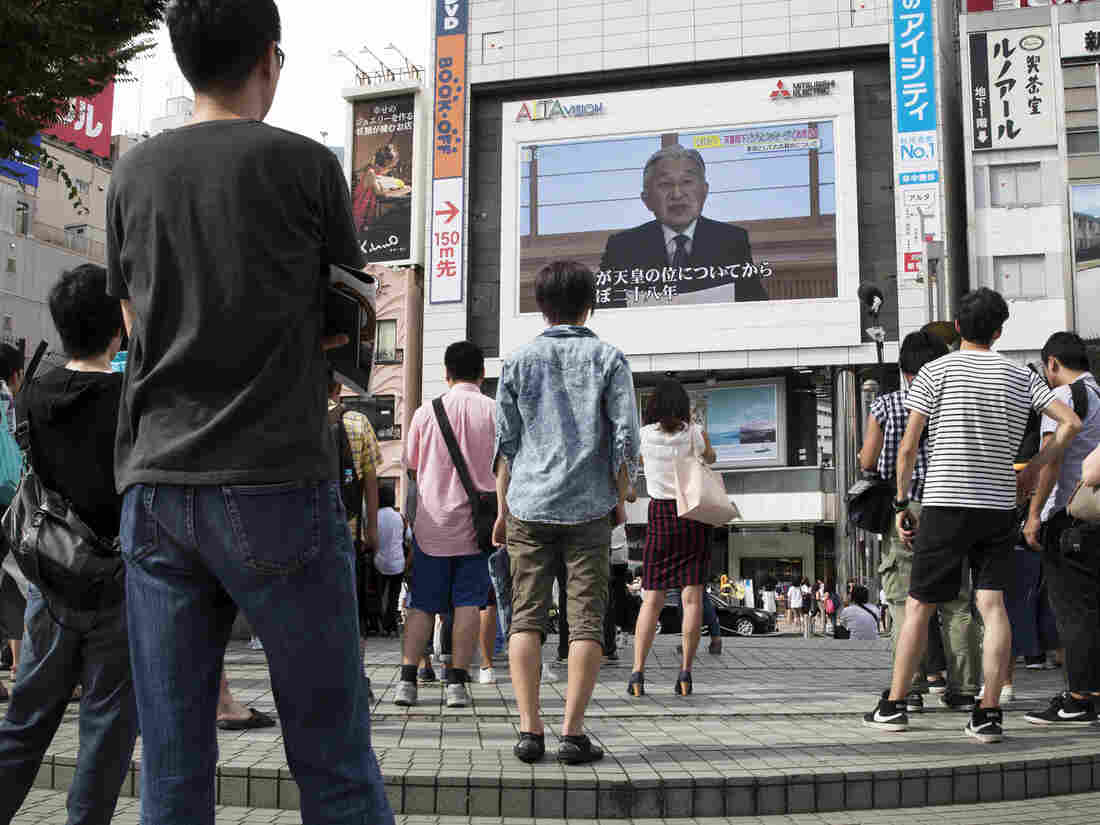 Pedestrians in Tokyo watch as Emperor Akihito speaks to the nation. In the rare video message, Akihito said old age and illness may make it difficult for him to fulfill his public duties. Tomohiro Ohsumi/Getty Images hide caption 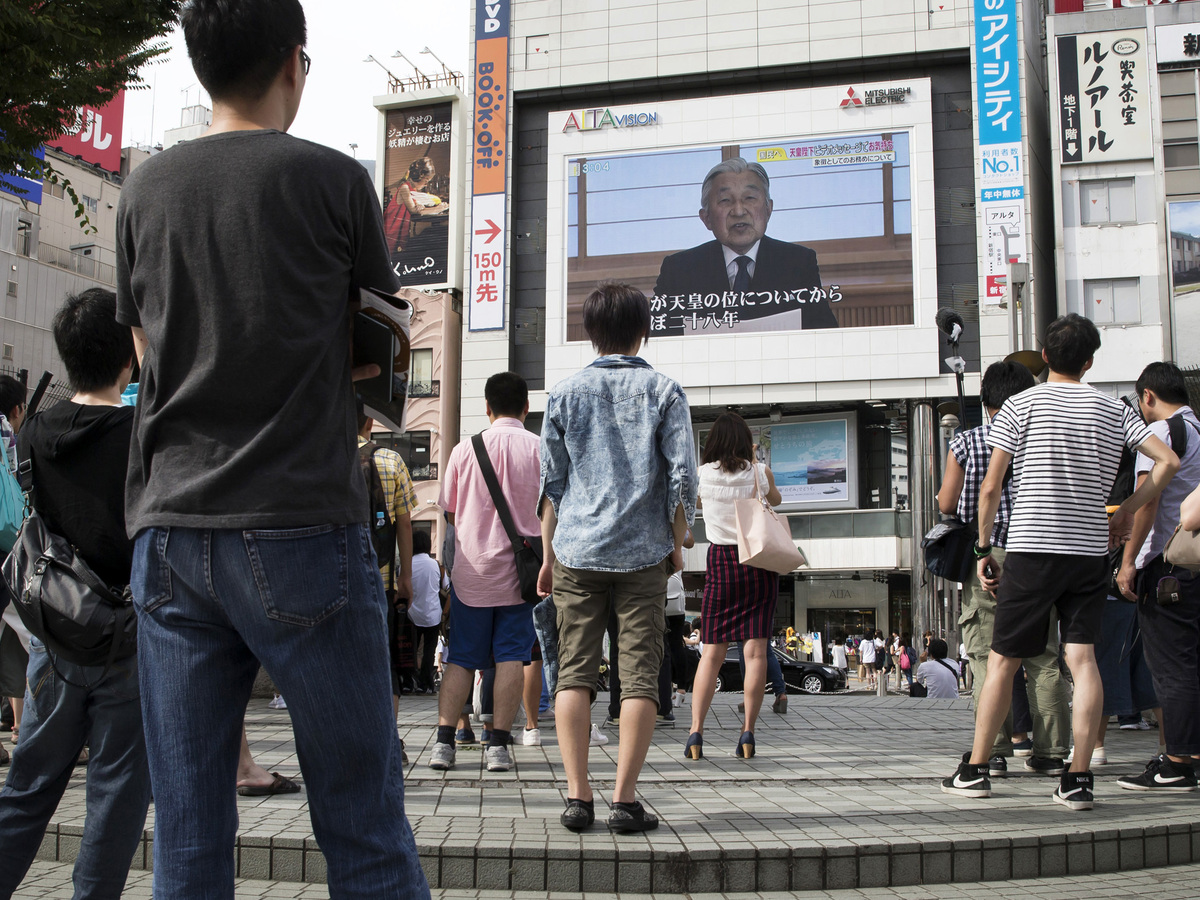 Pedestrians in Tokyo watch as Emperor Akihito speaks to the nation. In the rare video message, Akihito said old age and illness may make it difficult for him to fulfill his public duties.

Japan's emperor is hinting he wants to leave the Chrysanthemum Throne. 82-year-old Emperor Akihito gave a rare televised address Monday — only his second in history — in which he reflected on his advancing age, the tough daily schedule of his ceremonial post and the toll it was taking on his health.

The Emperor's Code: Breach Of Protocol Spurs Debate In Japan

"When I consider that my fitness level is gradually declining, I am worried that it may become difficult for me to carry out my duties as the symbol of the state with my whole being as I have done until now," Akihito said in his 10-minute pre-taped address.

But complicating the emperor's wishes is Japanese law, which doesn't allow for the emperor to abdicate. Emperors serve until death.

"He's not allowed to ask a very simple thing, which is, 'I want the law changed that would allow me to retire,' " said Michael Cucek, a political science professor at Tokyo's Temple and Waseda universities.

Will that happen? After the emperor's speech, Prime Minister Shinzo Abe said, "I will think about this with great force." Changing the law isn't impossible. It would require simple majorities in Japan's Parliament. But doing so would be a significant break with tradition. At 2,600 years, Japan's is the world's longest-running hereditary monarchy.

Shock Begins To Turn To Anger In Japan

The popularity of the royal family could help the emperor's case. Five years ago — when Japan was hit by an earthquake, tsunami and nuclear meltdown — the emperor abandoned formality to comfort the Japanese people.

"They have really become the people's imperial family," Cucek says. "For there to be even a delay of this is an insult to what he has done, the emperor that is, to make himself close to the people."

A Japanese emperor hasn't voluntarily stepped away from the throne in nearly 200 years. While speaking only elliptically on the topic, as the Japanese Constitution forbids him from meddling in politics, it's clear Emperor Akihito is hoping he will be the next.