Accessibility links
Rod Blagojevich Gets No Break In Sentence : The Two-Way Blagojevich, formerly governor of Illinois, had argued his 14-year prison term for corruption should be cut since five of the 18 counts he'd been convicted on were thrown out on appeal.

Rod Blagojevich Gets No Break In Sentence

Rod Blagojevich Gets No Break In Sentence 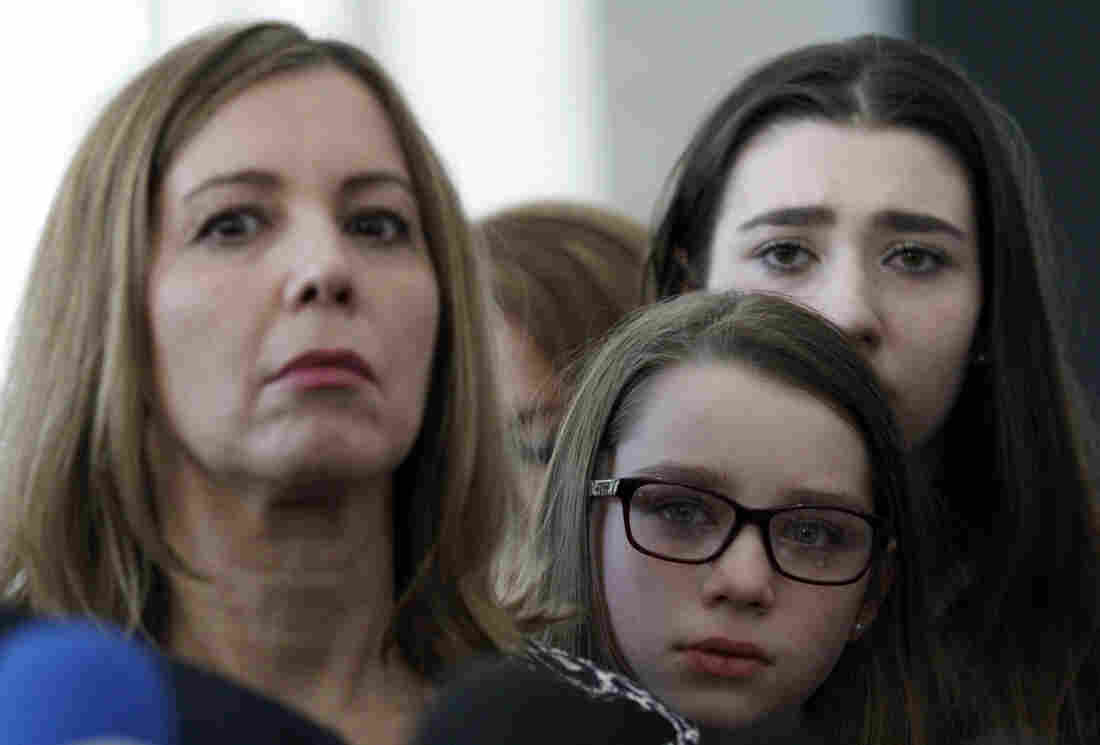 Patti Blagojevich, left, wife of ex-Illinois Gov. Rod Blagojevich, and her daughters outside the federal courthouse in Chicago, where a judge refused to reduce her husband's 14-year sentence. Tae-Gyun Kim/AP hide caption

Former Illinois Gov. Rod Blagojevich's bid for a reduction in his 14-year sentence for corruption was rejected today by a federal judge in Chicago. U.S. District Judge James Zagel upheld the sentence despite pleas for leniency from the disgraced ex-governor, his wife and two daughters.

Judge Zagel, acknowledged Blagojevich's family, saying "I am sympathetic to ... how painful this situation is to them. But as I said four years ago, the fault lies with the governor."

Zagel was the same judge who imposed the sentence December 2011. Blagojevich was originally convicted on 18 counts of public corruption, including the charge that he tried to sell to the highest bidder the U.S. Senate seat vacated by President-elect Obama.

But last year a federal appeals court tossed out five of those convictions. Blagojevich then went to the U.S. Supreme Court to get the remaining convictions overturned, but failed.

Blagojevich's lawyers hoped the judge would reduce his sentence to five years in light of the overturned convictions and his good behavior in prison. More than 100 fellow inmates wrote letters to the judge describing Blagojevich as a model prisoner who helped others.

Blagojevich's attorney, Leonard C. Goodman, urged the judge to take a "fresh look" at the case. "What I suggest is the case you have before you is significantly different from the case in 2011," he said.

Speaking via close circuit television, Blagojevich himself apologized for his crimes, saying he had been too ambitious.

But Zagel was unswayed. He said Blagojevich remained as guilty as when he was first convicted and sentenced.

Afterward, the ex-governor's wife, Patti Blagojevich, told reporters: "I'm dumbfounded and flabbergasted at the inability of the judge to see things are different than what they were four and a half years ago."