Accessibility links
Utility Giant PG&E Convicted of Violating Gas Pipeline Safety Laws : The Two-Way Prosecutors had argued that in prioritizing profits, the company neglected to adequately maintain its pipelines, leading to the deaths of eight people in an explosion in San Bruno, Calif., in 2010. 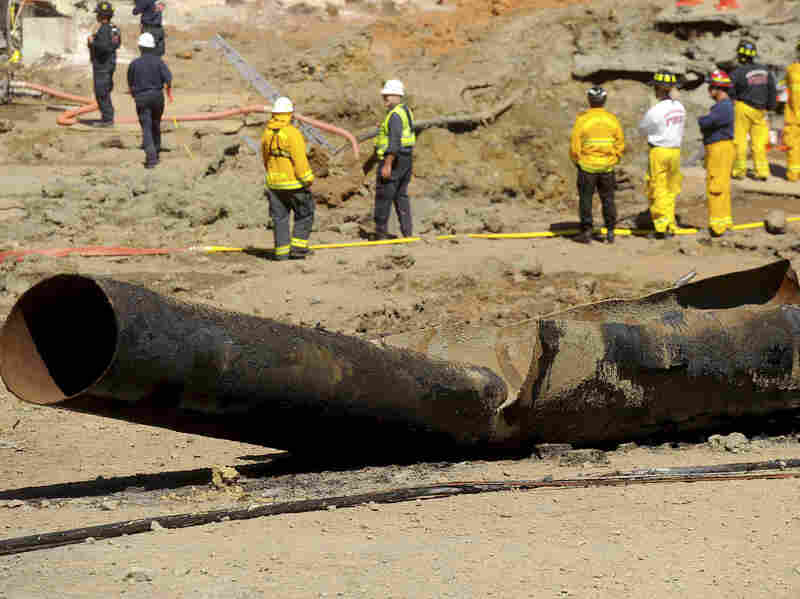 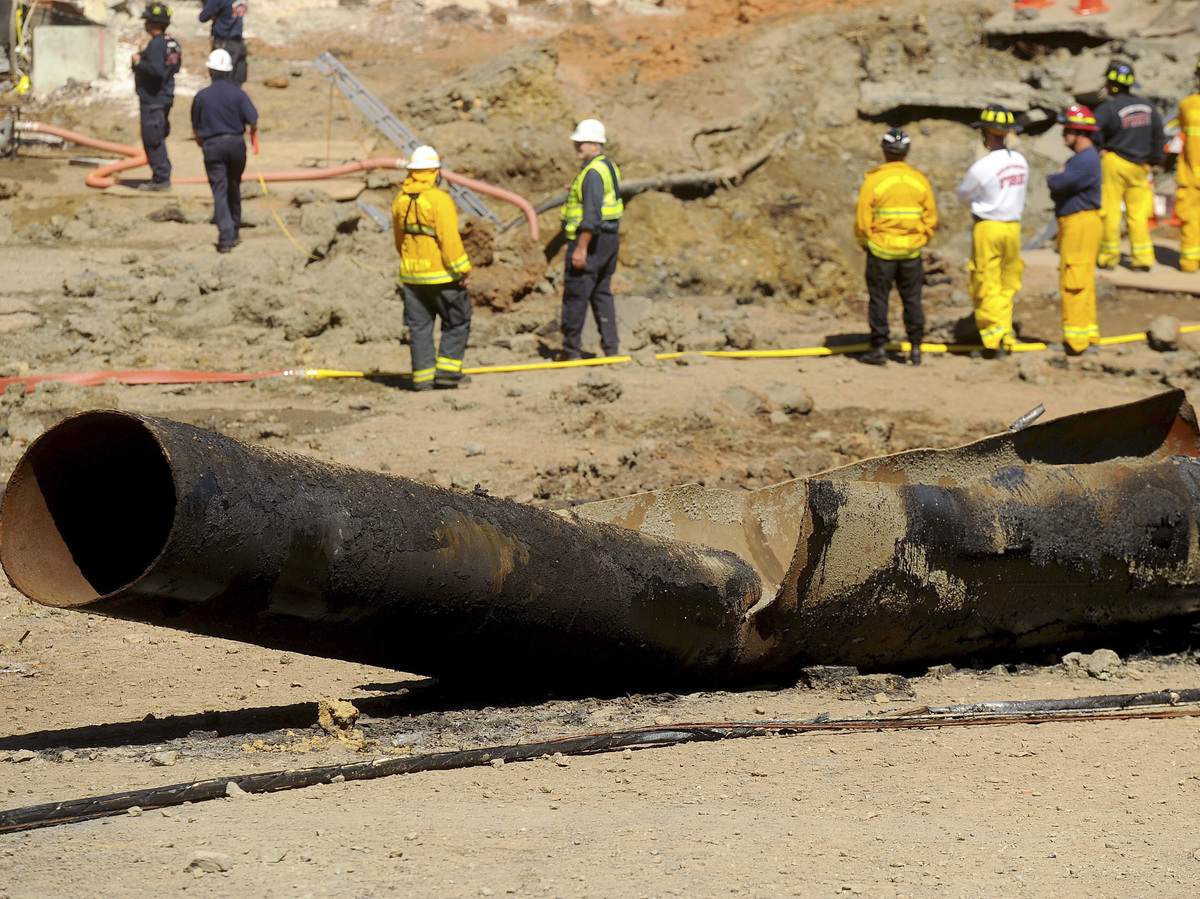 A federal jury found Pacific Gas and Electric Company guilty on five felony counts of failing to adequately inspect its gas pipelines before the blast that incinerated a neighborhood in San Bruno, Calif., in September 2010. The utility was also found guilty of one count of misleading federal investigators about the standard it used to identify high-risk pipelines.

PG&E was acquitted on six other charges of violating pipeline safety laws.

The blast came without warning in the early evening. It killed eight people, seriously injured 38 others and destroyed 58 homes in the suburb just south of San Francisco.

The explosion was caused by a bad internal seam weld in a pipeline installed in the 1950s. According to PG&E records, that weld didn't exist.

Government prosecutors argued during the trial that PG&E maintained shoddy records and failed to monitor aging pipelines. They said PG&E managers knew that their records were unreliable. One company memo described the database as containing "a ton of errors."

The company defense was to portray itself as a collection of hard-working employees who performed to the best of their abilities in the face of ambiguous regulations.

The trial lasted for more than a month and the jury deliberated for over seven days.

The utility faces a maximum penalty of $3 million, or $500,000 for each count. The government originally sought $562 million in potential penalties. That would have been twice the amount of money prosecutors argued that PG&E saved by cutting safety programs. But last week prosecutors shocked many court-watchers by slashing the potential fines.

In a statement, PG&E said: "We have made unprecedented progress in the nearly six years since the tragic San Bruno accident and we are committed to maintaining our focus on safety. We want our customers and their families to know that we are committed to re-earning their trust."