Accessibility links
Thursday's Perseid Meteor Shower Is Going To Be Quite A Show — Here's How To Watch : The Two-Way Stargazers, get ready for something spectacular on Thursday. The annual Perseid meteor shower, already one of the most reliably impressive celestial events, promises to be especially good this year. 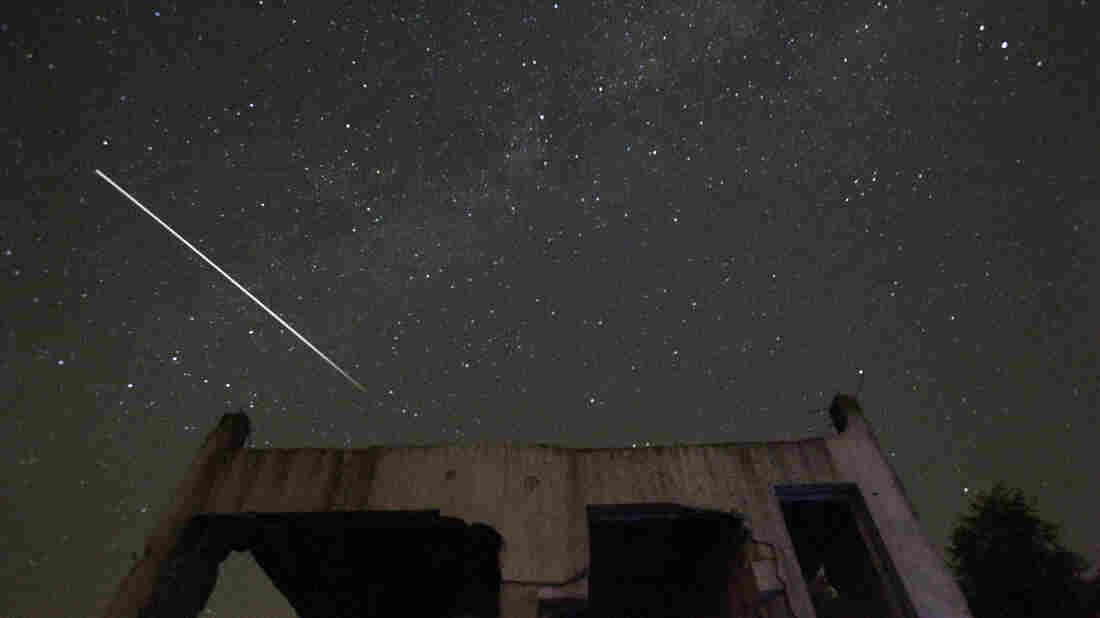 Stars and Perseid meteor streaks are seen behind a destroyed house near Tuzla, Bosnia, in 2015. Amel Emric/AP hide caption 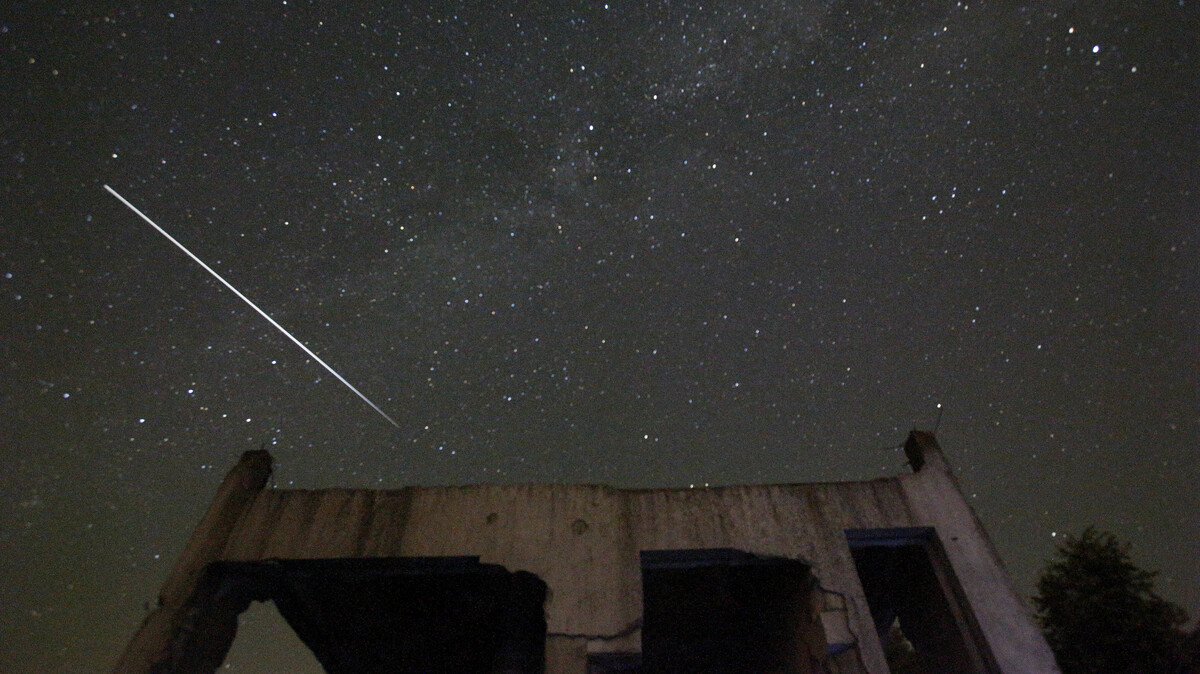 Stars and Perseid meteor streaks are seen behind a destroyed house near Tuzla, Bosnia, in 2015.

Night owls and stargazers, get ready for something spectacular on Thursday.

The annual Perseid meteor shower, already one of the most reliably impressive celestial events, promises to be especially good this year.

The Perseid shower happens every year in August "when Earth ventures through trails of debris left behind by an ancient comet," according to NASA.

As NPR's Nell Greenfieldboyce explains on All Things Considered, NASA is expecting more meteors than usual this year "because Jupiter's gravity has tugged some streams of comet material closer to Earth."

Bill Cooke, the head of NASA's Meteoroid Environment Office, tells Nell that a typical Perseid meteor shower "has 80 to 100 meteor showers per hour." But in the upcoming shower, "we're going to have anywhere from 160 to 200 meteors per hour. So the rates are going to double this year."

Scientists are calling this an "outburst" — defined as a shower with an unusually high number of meteors. The latest outburst happened in 2009, according to NASA. And Cooke tells Nell that "another outburst like this isn't expected until 2027 or so."

NASA has some background about the ancient comet from which these meteors came:

"Every Perseid meteor is a tiny piece of the comet Swift-Tuttle, which orbits the sun every 133 years. Each swing through the inner solar system can leave trillions of small particles in its wake. When Earth crosses paths with Swift-Tuttle's debris, specks of comet-stuff hit Earth's atmosphere and disintegrate in flashes of light. These meteors are called Perseids because they seem to fly out of the constellation Perseus."

As Cooke remarked to NASA, that means "the meteors you'll see this year are from comet flybys that occurred hundreds if not thousands of years ago. ... And they've traveled billions of miles before their kamikaze run into Earth's atmosphere."

As Nell notes, the best time to catch the shower is between midnight and dawn. It'll be easiest to see the meteors after the moon sets in the early hours of Friday, according to NASA.

You should be able to see meteors at some point over the next few days around the world — though as EarthSky explains, the number of meteors seen in the Southern Hemisphere typically isn't as high.

If you live in a big city with a lot of light pollution (or somewhere cloudy), there are still ways to watch the show. NASA says there will still be meteor activity on Friday and Saturday. And if that doesn't work out, you can still watch a live stream of the shower here. NASA will be live overnight on Thursday and Friday, starting at 10 p.m. ET.

A previous photo on this page may have shown a time-lapse view of the 2015 Perseid display as seen in Turkey.