Accessibility links
'Lock Up All The Black Hoodies': DOJ Report Details Abuses By Baltimore Police : The Two-Way The Department of Justice found a "pattern or practice" of discrimination by the city's police. But the report also spotlights the individual victims — and the injustices behind the numbers. 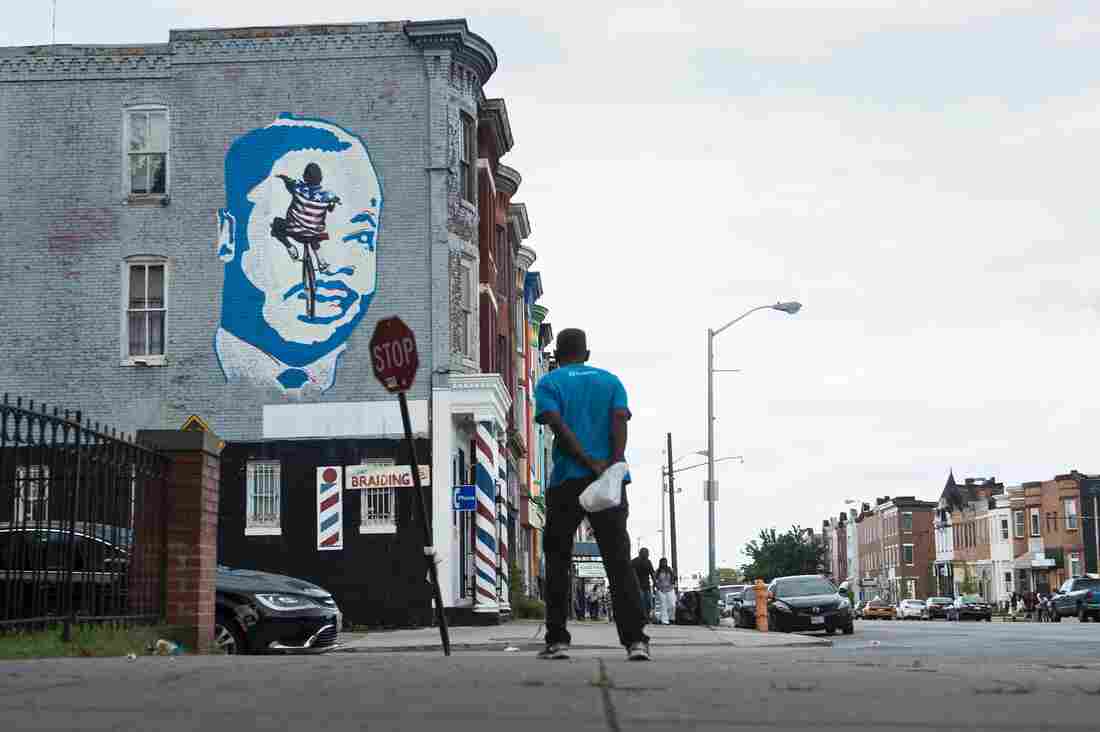 A man looks to a mural on June 23 in the area where riots broke out after the funeral for Freddie Gray last year in Baltimore. Brendan Smialowski/AFP/Getty Images hide caption 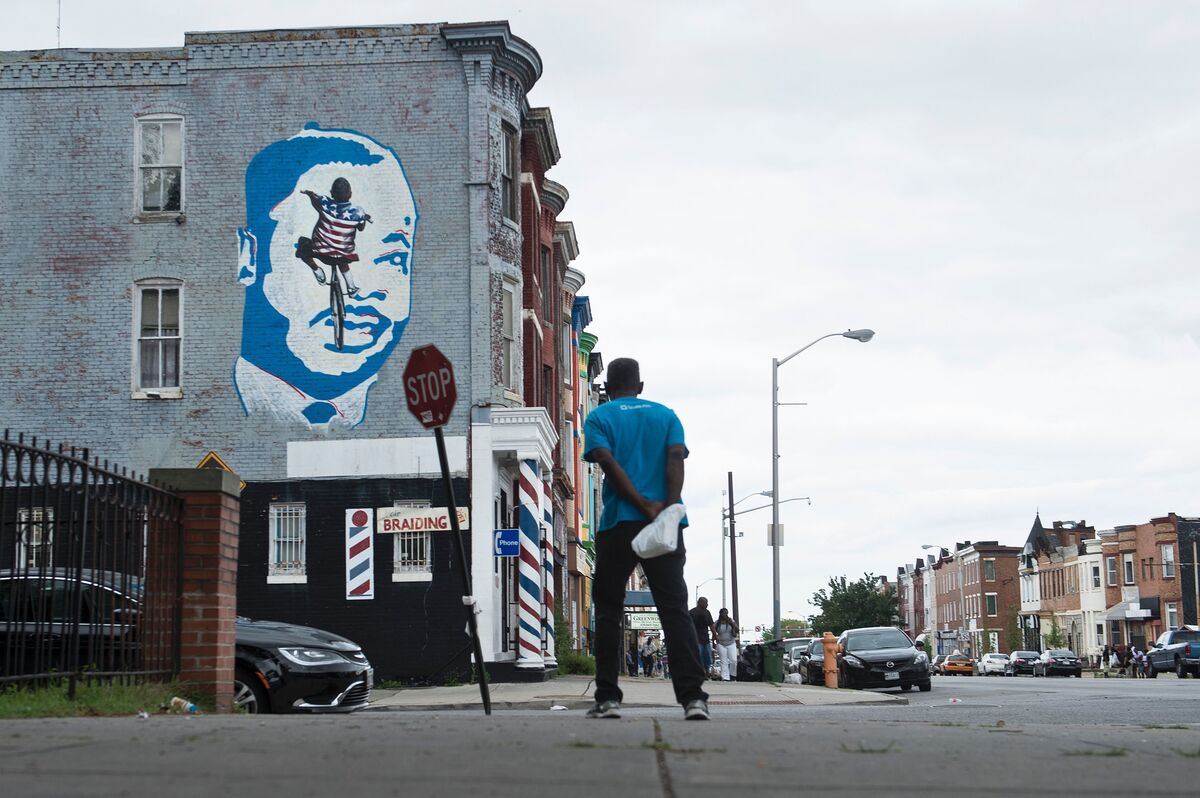 A man looks to a mural on June 23 in the area where riots broke out after the funeral for Freddie Gray last year in Baltimore.

In a damning report released Wednesday, the Department of Justice details the ways in which the Baltimore Police Department has violated the rights of the people its officers are sworn to protect.

The problems detailed in the 163-page report are broad and deep. But they're specific, too: a "pattern or practice" of discrimination is, of course, made of moments.

To be clear, the report emphasizes that this is not a case of a few bad apples. The problems are systemic — supervisors, policies, weak investigations and officer culture all play a role, the DOJ found.

The report, based on interviews with more than 500 people and a review of hundreds of thousands of pages of documents, is packed with statistics and analysis. Alongside the numbers, time and again, it highlights individual victims and specific acts of violence.

In many of those cases, the victims of the violence had come forward to file a complaint with the police department. One of the DOJ's findings is that the Baltimore police actively worked to discourage and suppress complaints from citizens. (As MSNBC's Trymaine Lee put it, the investigation took 14 months "to reveal what black folks in the city of Baltimore have known for generations.")

In other cases, the specific example came directly from police records or DOJ observations. The department was on a ride-along when a supervisor told a patrol officer to stop and question a group of young black men for no valid reason. "Make something up," the sergeant said.

"Lock up all the black hoodies," a commander once ordered.

Then there was a template, supplied by a shift commander to a sergeant and patrol officer, for reporting the arrest of someone for standing near a public housing unit without a "valid reason." That's a "facially unconstitutional detention," the DOJ wrote:

"Equally troubling is the fact that the template contains blanks to be filled in for details of the arrest, including the arrest data and location and the suspect's name and address, but does not include a prompt to fill in the race or gender of the arrestee. Rather, the words 'black male' are automatically included in the description of the arrest."

But the bulk of the examples are actions against individual Baltimore residents — racial discrimination, excessive force, unjustified stops, unlawful restrictions on speech, retaliation against critics, unreasonable force against juveniles and the mentally ill, bias against women reporting sexual assault.

Here are a few of those stories:

The Baltimore Police routinely stopped pedestrians without reasonable suspicion, the DOJ found — even though 26 out of 27 pedestrian stops don't result in any finding of criminal activity.

Strip-searching should be used in limited circumstances and always in private, the DOJ says, but "BPD officers frequently ignore those requirements" and the department has received more than 60 complaints over the issue in five years.

Baltimore police "routinely use unreasonable force against individuals with mental health disabilities," the DOJ wrote, escalating encounters instead of de-escalating them.

There are many more stories: Police retaliating against residents who ask questions or make complaints, a man in handcuffs being tased five to six times, an officer kicking a man who was handcuffed and following commands, a juvenile and his sister arrested for "loitering" on the steps of their own house, arrests for people "just talking" outside, officers cursing at and threatening citizens, citizens arrested for cursing at officers.

Numerous stories describe retaliation against residents who question or challenge police actions — and against other officers who attempt to speak up for victims. Complaints against individual officers' misconduct were ignored, sometimes for years.

To see passages we've highlighted, click "notes" below, or view the document full-screen and look on the right.