Accessibility links
Ecuador Says Swedish Prosecutors To Question Assange 'In The Coming Weeks' : The Two-Way In a potential breakthrough to the long-running standoff, Ecuador says it will set a date for Swedish prosecutors to question WikiLeaks founder Julian Assange inside its embassy in London. 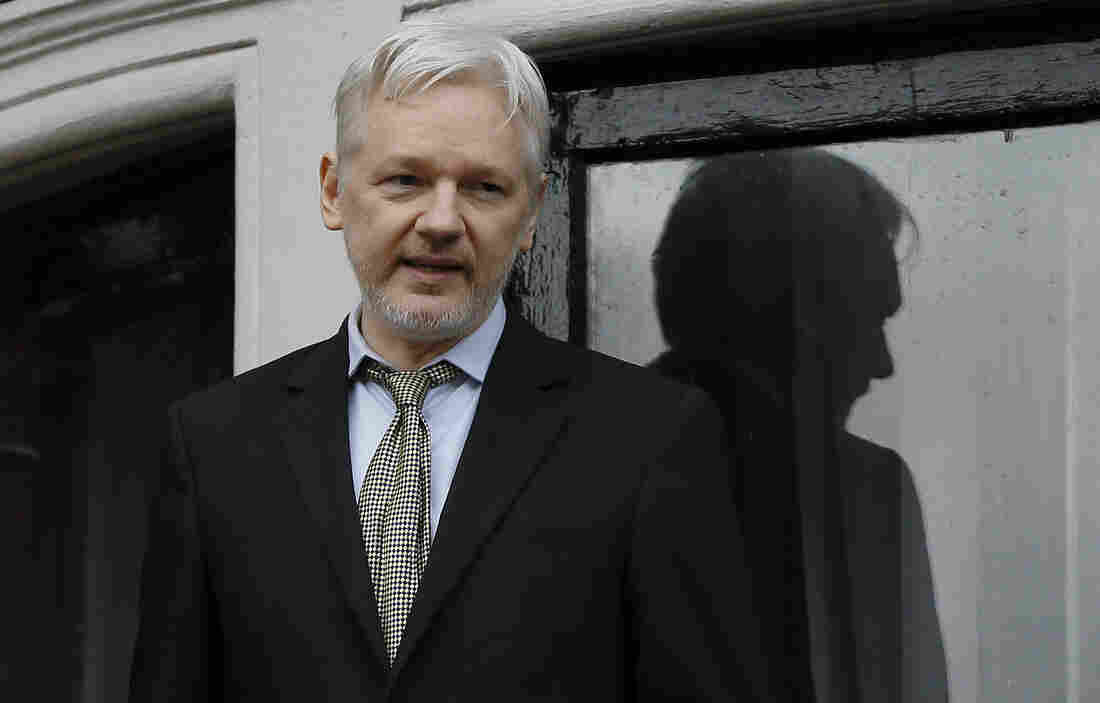 Wikileaks founder Julian Assange speaks from the balcony of the Ecuadorean Embassy in London in February 2015. Kirsty Wigglesworth/AP hide caption 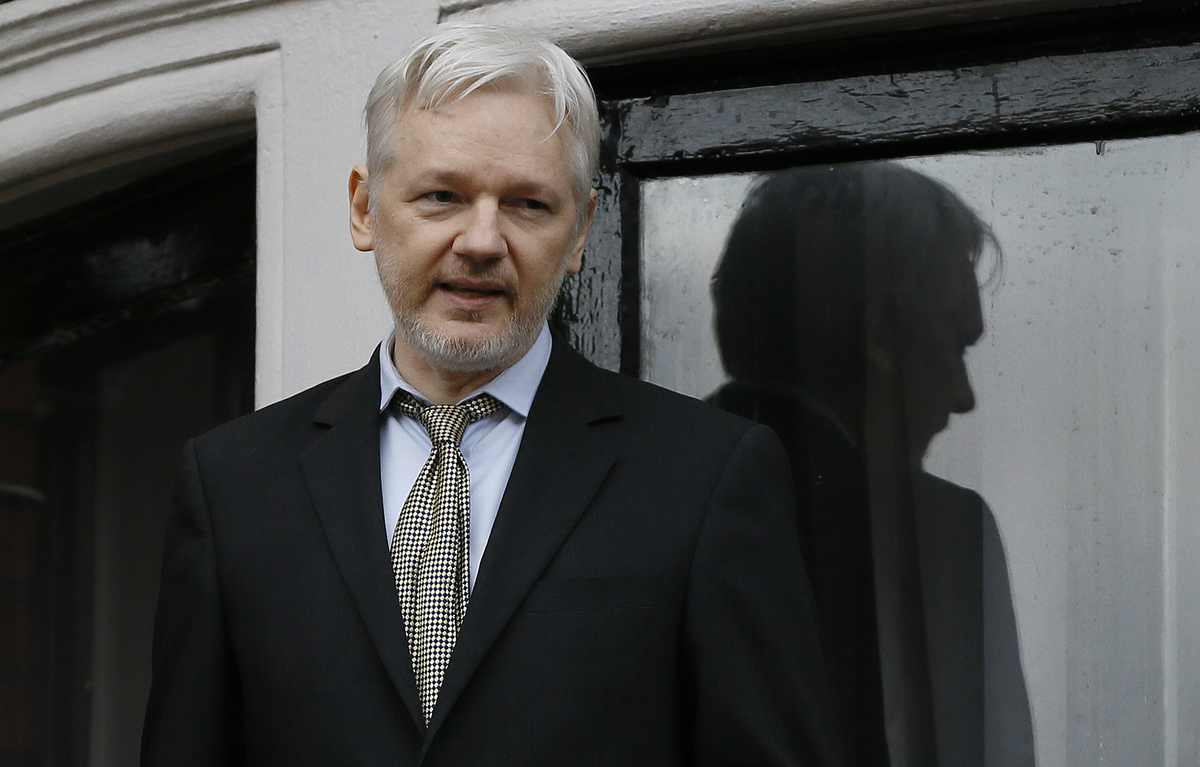 Wikileaks founder Julian Assange speaks from the balcony of the Ecuadorean Embassy in London in February 2015.

It's been more than four years since WikiLeaks founder Julian Assange took refuge in Ecuador's embassy in London following allegations of sex crimes, including rape.

Now, in a potential breakthrough to the long-running standoff, Ecuador says it will set a date for Swedish prosecutors to question Assange inside the embassy, NPR's Frank Langfitt tells our Newscast unit. Here's more from Frank.

"Swedish police want to question Assange over sexual offenses he's accused of committing in Sweden going back to 2010.

"Assange is worried that if he returns to Sweden for questioning, the government there will extradite him to America to be prosecuted for leaking secret U.S. government documents.

"The Swedes say they have to interview Assange before they can decide whether to charge him. Ecuador has refused to turn Assange over due to what it calls 'fears of political persecution.'"

As Frank reports, Assange has repeatedly denied any wrongdoing regarding the Swedish allegations.

Swedish prosecutors had demanded that Assange be extradited for questioning, but last year changed their position and said they would question him in London.

Swedish Prosecution Authority spokeswoman Karin Rosander tells The Associated Press that Swedish authorities received formal word from Ecuador on Tuesday that they were prepared to set a date for questioning "in the coming weeks." No date for the interview has been announced.

"It means that a questioning can make the case go forward," Rosander tells the AP. "This is decisive to be able to take a decision whether to formally charge him or not."

As the AP reports, "Assange's defense team said in a statement that it welcomed the steps to take the WikiLeaks founder's statement, which it said 'comes after six years of complete inaction on the part of the Swedish prosecutor.'"

Since he took refuge in the embassy, three of four sex-crimes allegations against Assange have expired, due to statutes of limitation, as we have reported. The fourth allegation, of rape, remains.

"It's hard to imagine that any of the involved parties will have a clear memory of what happened six years ago," Thomas Olsson, one of Assange's lawyers, said on Swedish Radio, according to The New York Times. "Another consequence of the delay is that several of the accusations are now barred due to the statute of limitations. We can't see any other outcome for this investigation than that it be shut down."

In February, a U.N. panel determined that Assange was being arbitrarily detained in the Ecuadorean embassy and should go free – a conclusion dismissed by Sweden and the U.K., as we reported at the time.