Accessibility links
Australia's Immigration Minister Plays Down Claims Of Abuse On Refugee Island : The Two-Way Peter Dutton was reacting to a report in The Guardian newspaper that found shocking allegations of abuse against children on the island nation of Nauru. 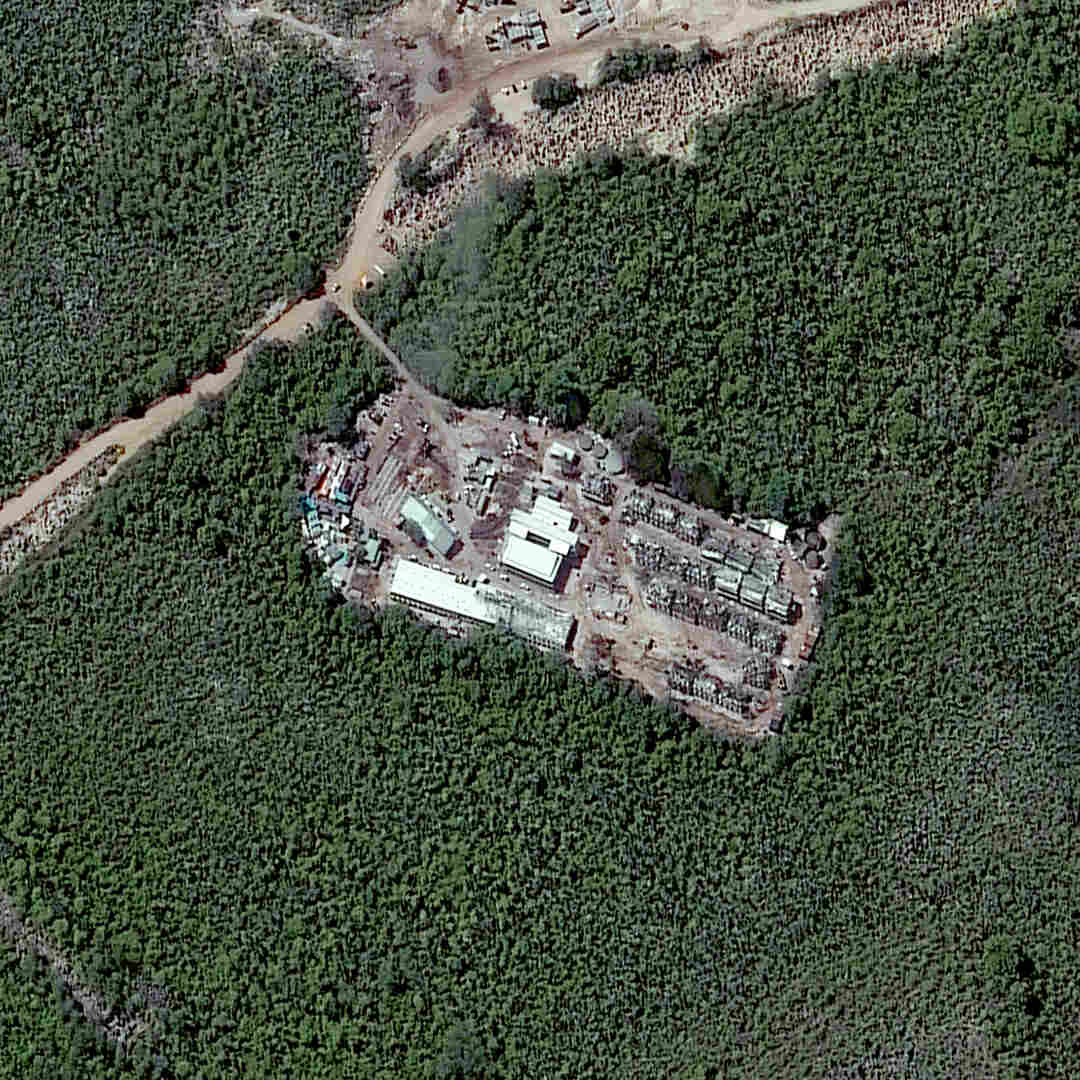 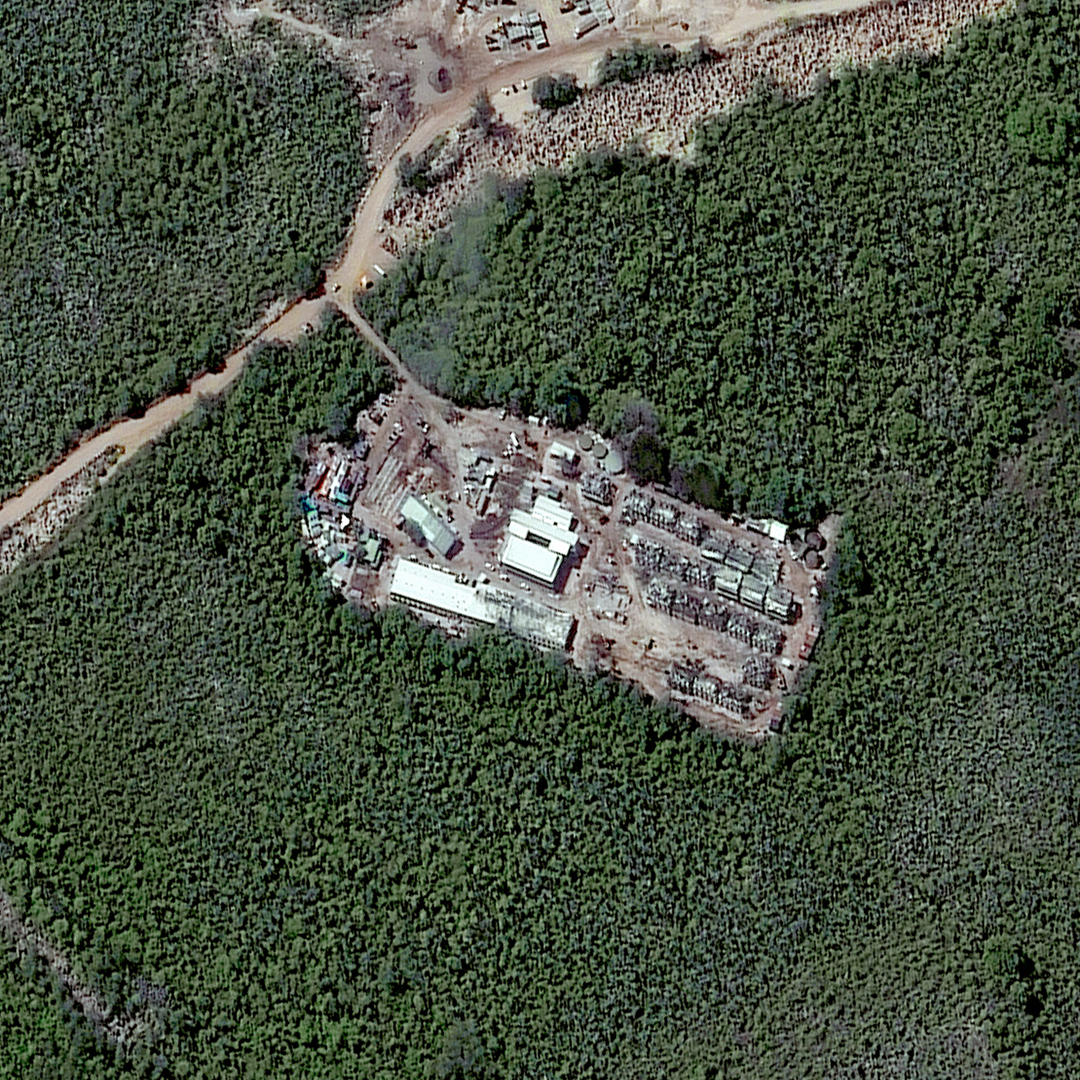 A closeup satellite image of the detention camp in Nauru taken in July 2013.

Australia's immigration minister is playing down allegations of abuse against children on the island nation of Nauru.

This week, The Guardian released a cache of more than 2,000 complaints that detail allegations of horrifying conditions in a refugee camp funded by Australia. Complaints from children were over represented in the database.

"The reports range from a guard allegedly grabbing a boy and threatening to kill him once he is living in the community to guards allegedly slapping children in the face. In September 2014 a teacher reported that a young classroom helper had requested a four-minute shower instead of a two-minute shower. 'Her request has been accepted on condition of sexual favours. It is a male security person. She did not state if this has or hasn't occurred. The security officer wants to view a boy or girl having a shower.'

"Some reports contain distressing examples of behaviour by traumatised children. According to a report from September 2014, a girl had sewn her lips together. A guard saw her and began laughing at her. In July that year a child under the age of 10 undressed and invited a group of adults to insert their fingers into her vagina; in February 2015 a young girl gestured to her vagina and said a male asylum seeker 'cut her from under'.

Today, Australia's Immigration Minister Peter Dutton told the Australian Broadcasting Corporation that many of those reports were likely about much smaller things, like children "complaining about a local park or a beach."

The bottom line, he said, is that Australia is not going to resettle asylum seekers currently in Nauru in Australia, because the Australian government does not want to give "smugglers a green light" to bring refugees and migrants to Australia.

"We're not going to allow people to come to our country," he said.

When he was asked if Australia would demand some kind of inquiry into the allegations of abuse, Dutton said Nauru is "not part of Australia."

As we've reported in the past, Australia has been intercepting refugees and migrants from nations like Iraq and Somalia at sea. It then sends them to detention centers paid for by Australia in Nauru and elsewhere. The migrants are supposed to be processed and resettled but the process has stalled because Australia wants other countries to take them.

NPR's Steve Inskeep spoke to Anna Neistat of Amnesty International, who is one of the few outsiders who has visited the island nation.

She said it's a tiny, remote island cloaked in official secrecy. She said she heard some graphic stories herself.

"I recognized some of the cases that I documented in the files," she said. "For example, there is one case of a boy who was among a group of children a guard threw rocks into. And this boy was the one who got hit in the face and his lip got split and his teeth damaged, and he has been extremely traumatized. And ever since, his mother, who was in quite distressed situation before, tried to commit suicide several times. And right now, she's confined to ... this makeshift psychiatric ward in one of the camps, and she's been there for two months."