Accessibility links
Murder Trial Linked To Immigration Debate Delayed Until 2017 : The Two-Way Kate Steinle's death in San Francisco, allegedly at the hands of an undocumented felon, has been a focal point for opponents of sanctuary city policies who say dangerous criminals are being released. 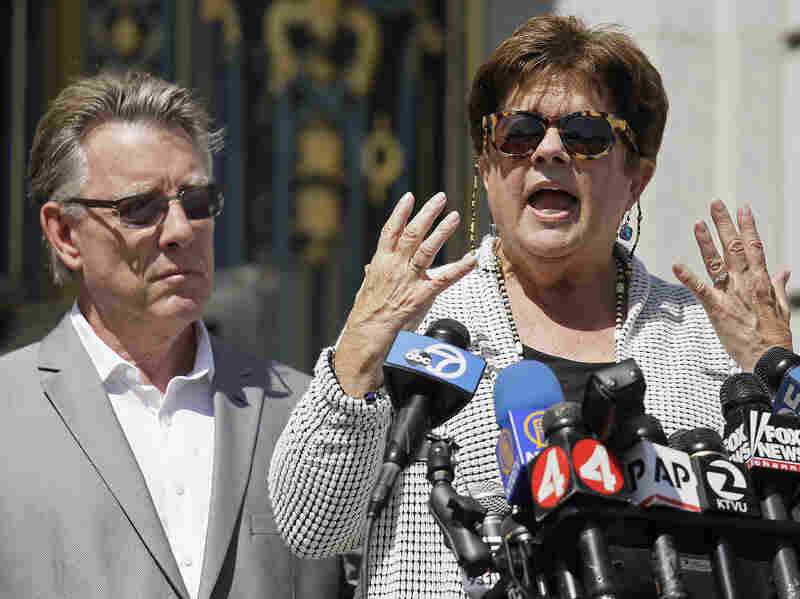 Liz Sullivan and Jim Steinle, the parents of Kate Steinle, at a news conference last year in San Francisco. Steinle was fatally shot in July 2015 by a man being sought for deportation. His trial has been delayed until next year. Eric Risberg/AP hide caption 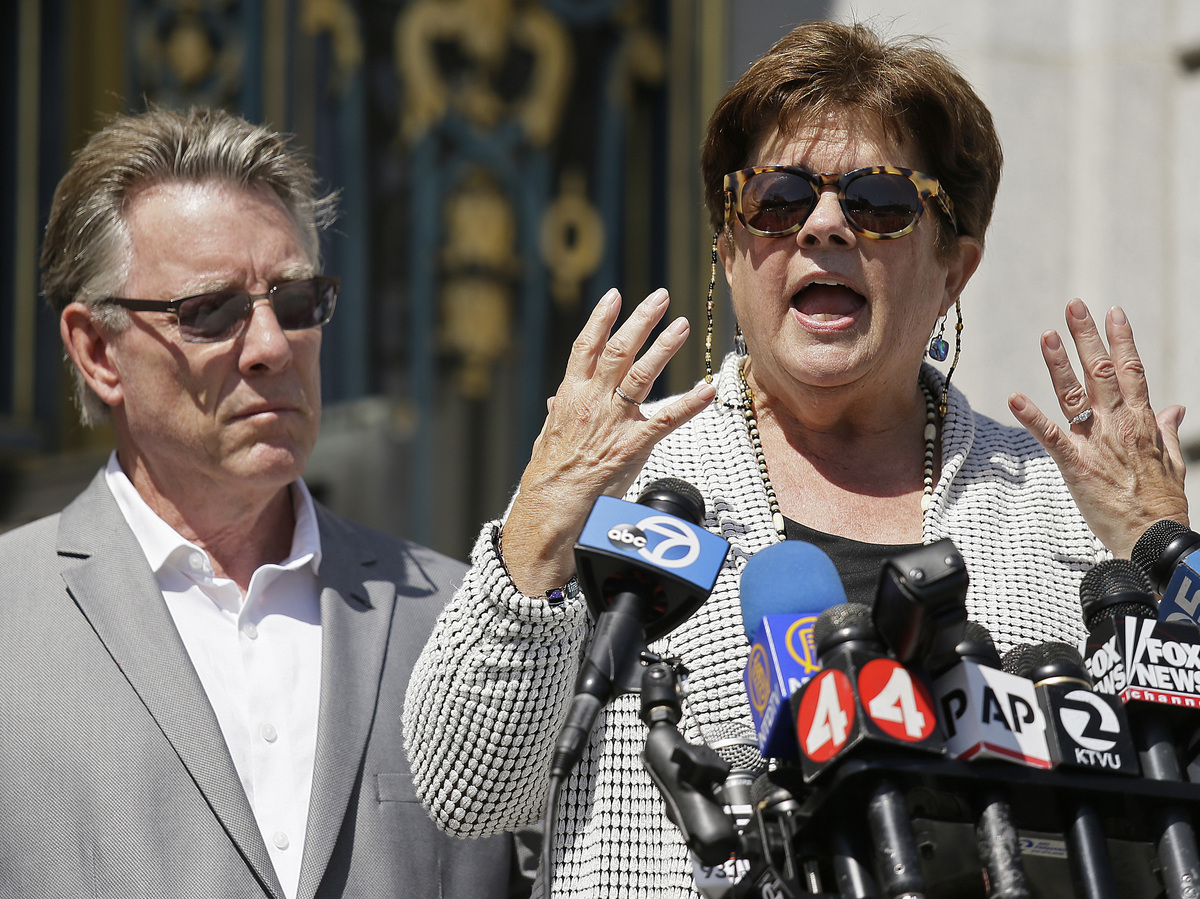 Liz Sullivan and Jim Steinle, the parents of Kate Steinle, at a news conference last year in San Francisco. Steinle was fatally shot in July 2015 by a man being sought for deportation. His trial has been delayed until next year.

The murder trial of the man accused of killing Kate Steinle, whose 2015 shooting death on a San Francisco pier became part of the national debate over illegal immigration and sanctuary city policies, is not likely to start until next year.

Juan Francisco Lopez-Sanchez, who had been deported back to his native Mexico five times before the July 1, 2015, shooting, will have his trial date set in December of this year.

According to the East Bay Times, prosecutors say all trials are moving slowly in San Francisco.

"I have cases that are 4 years old," said prosecutor Diane Garcia.

Steinle was killed while walking with her father along the San Francisco waterfront. She was struck by a bullet from a gun fired by Lopez-Sanchez, who, days before the incident, had been released from a San Francisco jail despite the fact that federal authorities wanted him returned to their custody.

San Francisco has a policy of not cooperating with federal immigration officials unless the detainee has a record of violent felonies.

The gun itself was stolen from the car of a U.S. Bureau of Land Management ranger.

Matt Gonzalez, Lopez-Sanchez's public defender, has argued that his client found the gun and that the shooting was accidental. A ballistics expert has testified in a preliminary hearing that the gun discharged and the bullet ricocheted off the pier before hitting Steinle in the back.

Gonzalez told reporters there have been no talks with prosecutors about a possible plea deal.

The killing gained national attention, in part, because Republican presidential nominee Donald Trump seized on it as he criticized Mexican immigrants and promised to build a wall at the border.

In his acceptance speech at the Republican National Convention, Trump tried to link Hillary Clinton to the controversy.

"My opponent wants Sanctuary Cities. But where was sanctuary for Kate Steinle?" he asked.

This week, Steinle's family filed a court brief urging a federal magistrate not to dismiss their suit because, they argued, San Francisco officials should have known that by not cooperating with federal immigration officials, they were releasing "yet another undocumented felon, with a history of erratic and criminal behavior ... on the streets of San Francisco."