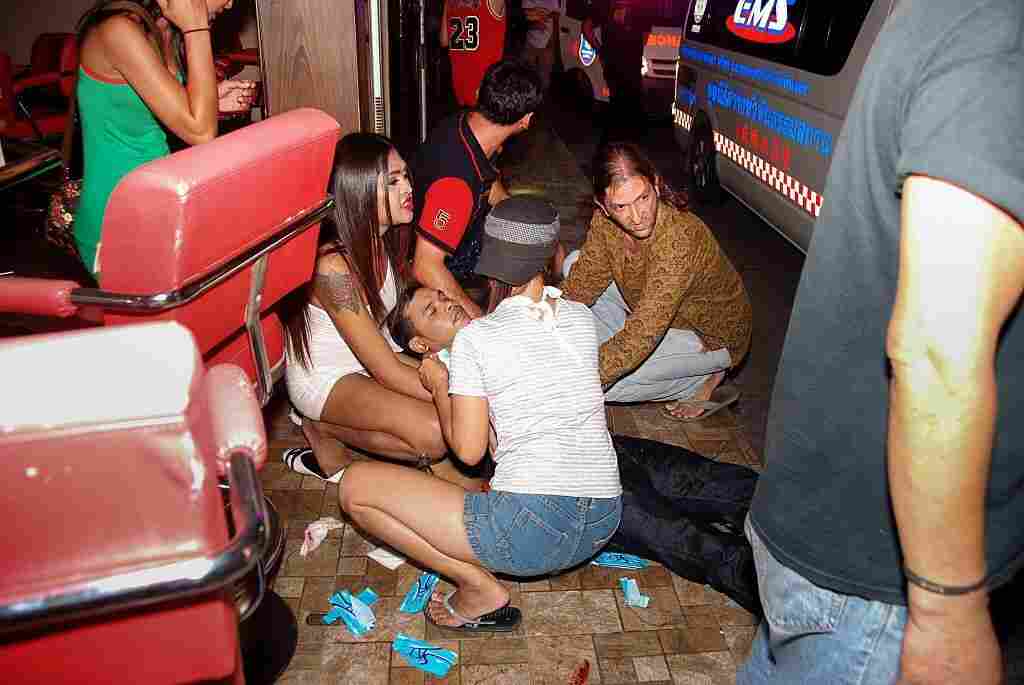 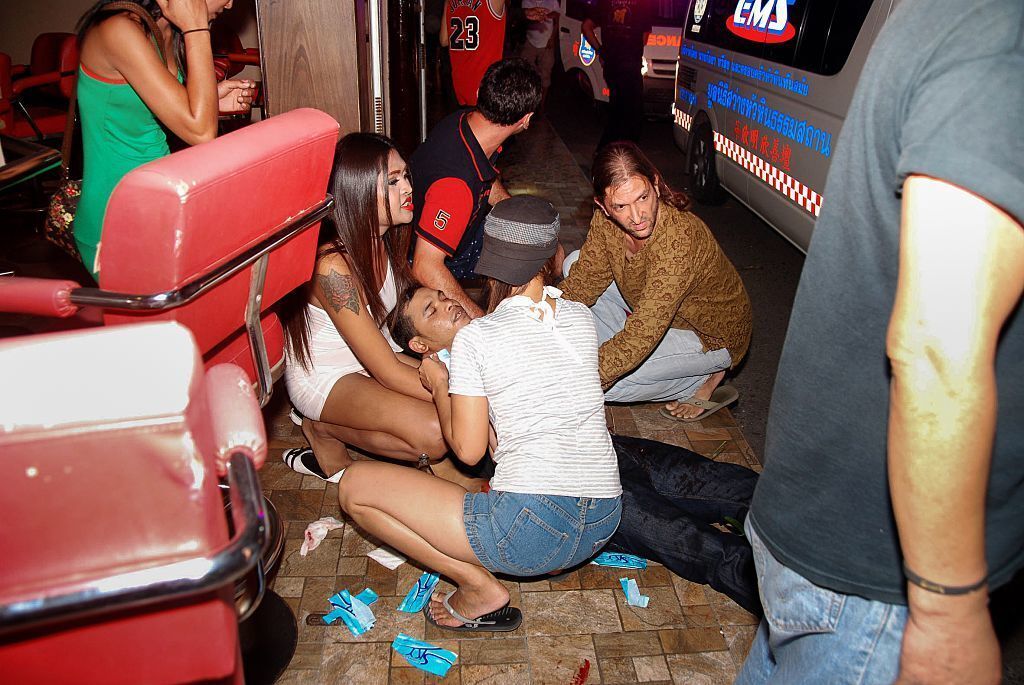 People help an injured man after twin bombs exploded in the upscale resort of Hua Hin, Thailand, on Thursday.

A series of explosions has struck at least five tourism-heavy areas in Thailand, killing at least four people and injuring dozens.

As NPR's Elise Hu tells our Newscast unit, no group immediately claimed responsibility for the attacks. Here's more from Elise:

"The explosions started in the beach city of Hua Hin on Thursday. Two separate bombs near a local bar went off within a few minutes of one another. Friday morning, twin bombs went off in Surat Thani, and other explosions hit Trang, Phang Nga and Phuket. All are located south of Bangkok and are popular with Thai and foreign tourists. In addition to dozens of Thais, the injured include tourists from Germany, Italy and the Netherlands."

She adds that police are investigating the bombings and have detained several suspects, while "the prime minister ordered tightened security at airports, railway stations and locations popular with tourists like hotels and malls."

Reporter Michael Sullivan in Chiang Rai, Thailand, tells Newscast that officials from the military-backed government are "insisting that the attacks are not the work of 'terrorists,' in an attempt to limit damage to the country's lucrative tourism industry." Revenue from tourism "provides vital income to the government," according to The Associated Press.

Prime Minister Prayuth Chan-ocha called on Thai citizens to "band together and stay strong," according to the wire service.

"Why has it happened now when the country is improving. ... Who (did it)? Who doesn't want to see Thailand getting better? Which group? Go find out for me," he said.

As we reported, Thai voters went to the polls on Sunday and overwhelmingly backed a military-penned constitution, which critics say solidifies the power of the junta that seized power two years ago. Campaigning against the document was not allowed, and dozens were detained for speaking out against it. Its supporters argued it would promote stability in Thailand.

And while the motives for the coordinated attacks are not yet clear, Sullivan reports that all of the areas hit "voted heavily in favor of the military-drafted constitution."

Since the coup, tourism has remained a solid bulwark for the Thai economy. According to the AP, the number of visitors rose in 2015 to 30 million, and has remained steady in 2016 with more than 14 million visiting from the beginning of the year until May, government figures say.

The U.S. and the U.K. embassies in Thailand advised their citizens to avoid the areas affected by the attacks.