Accessibility links
U.S. Officials Confirm Death Of Senior ISIS Leader In Afghanistan And Pakistan : The Two-Way The Defense Department says a U.S. drone attack has killed a man who was central to ISIS operations. A DOD spokesman says Hafiz Saeed Khan participated in attacks against U.S. and coalition forces. 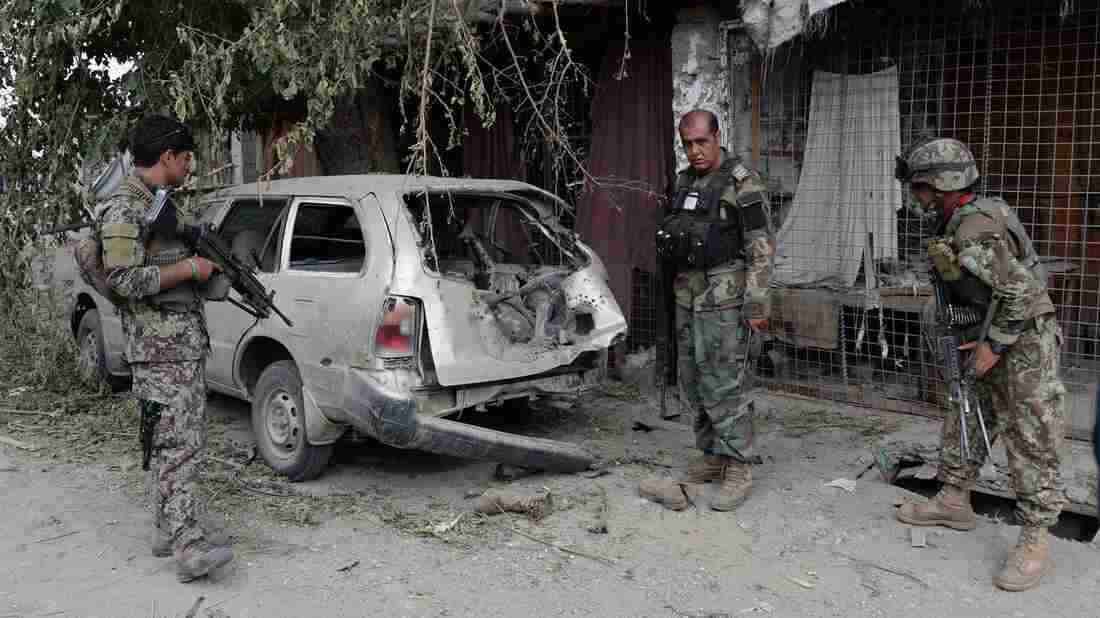 Afghan soldiers inspect a destroyed vehicle after an operation in Nangarhar province, Afghanistan, on July 26, the day the Pentagon says a drone strike killed the leader of the Islamic State in the region. Noorullah Shirzada/AFP/Getty Images hide caption 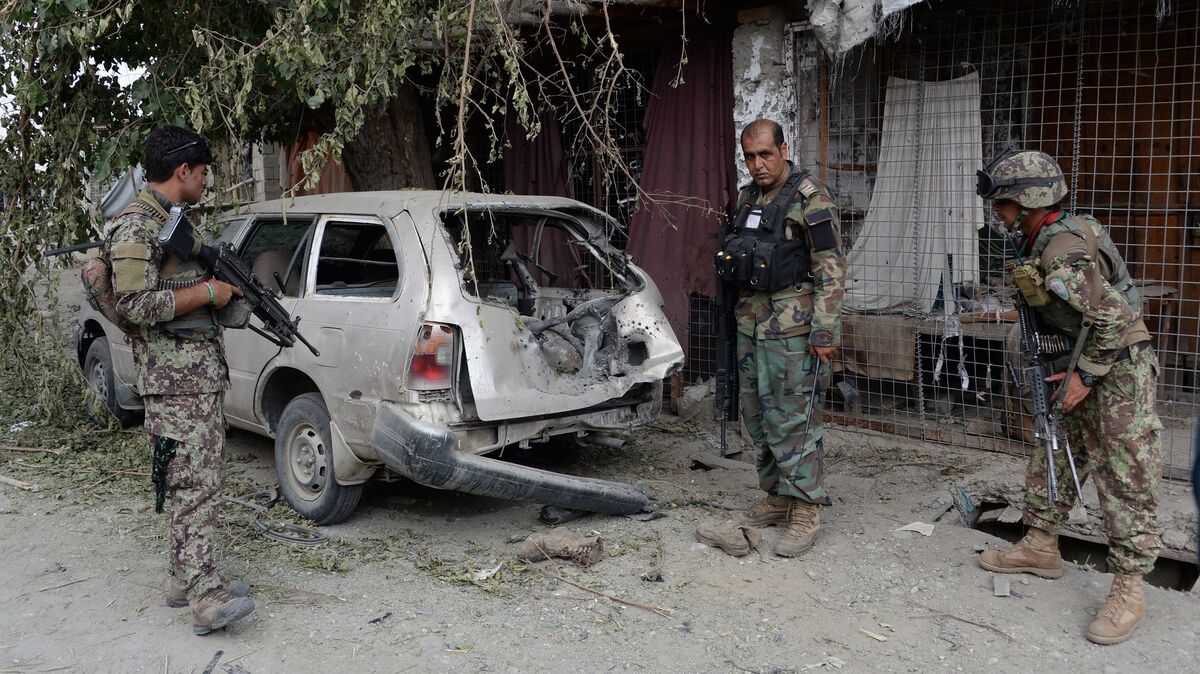 Afghan soldiers inspect a destroyed vehicle after an operation in Nangarhar province, Afghanistan, on July 26, the day the Pentagon says a drone strike killed the leader of the Islamic State in the region.

The leader of the Islamic State in Afghanistan and Pakistan, Hafiz Saeed Khan, was killed in a U.S. drone strike in late July, according to NPR's Tom Bowman, citing American military officials.

"Officials say Khan was killed by a drone strike in Afghanistan's eastern Nangarhar province, where most Islamic State fighters are located. There are several thousand ISIS fighters in the province, officials say, and the group has been increasing its attacks.

"ISIS was responsible for a suicide attack in Kabul on July 24 that killed 80 people and wounded more than 250. Two days later, the drone strike killed Khan, officials said. Khan was a former member of the Pakistani Taliban until he swore allegiance to ISIS. He was reported killed last year but the death was never confirmed."

Later, Pentagon deputy press secretary Gordon Trowbridge said in a statement that U.S. and Afghanistan Special Operations Forces conducted operations against the Islamic State (also identified as "ISIL-Khorasan") throughout July, during which Khan was killed:

"Khan was known to directly participate in attacks against U.S. and coalition forces, and the actions of his network terrorized Afghans, especially in Nangarhar.

"Nangarhar province has been a hotbed for ISIL-Khorasan activity since the summer of 2015. ISIL-K uses the area to train, equip, disseminate and control fighter pipelines, providing ISIL-K commanders throughout Afghanistan with a continuous supply of enemy fighters from this province.

"Khan's death affects ISIL-K recruiting efforts and will disrupt ISIL-K's operations in Afghanistan and the region."

According to the Guardian, Khan's death is a setback for ISIS's plans to expand its control into Afghanistan and Pakistan.

Reuters quotes Afghanistan's ambassador to Pakistan, Omar Zakhilwal, as saying that Afghan security forces confirmed Khan was killed along with his senior commanders on July 26.