Accessibility links
Lead Levels Below EPA Limits Can Still Impact Your Health : The Two-Way Even tiny amounts of lead in the water can cause IQ deficits in children or high blood pressure in adults. 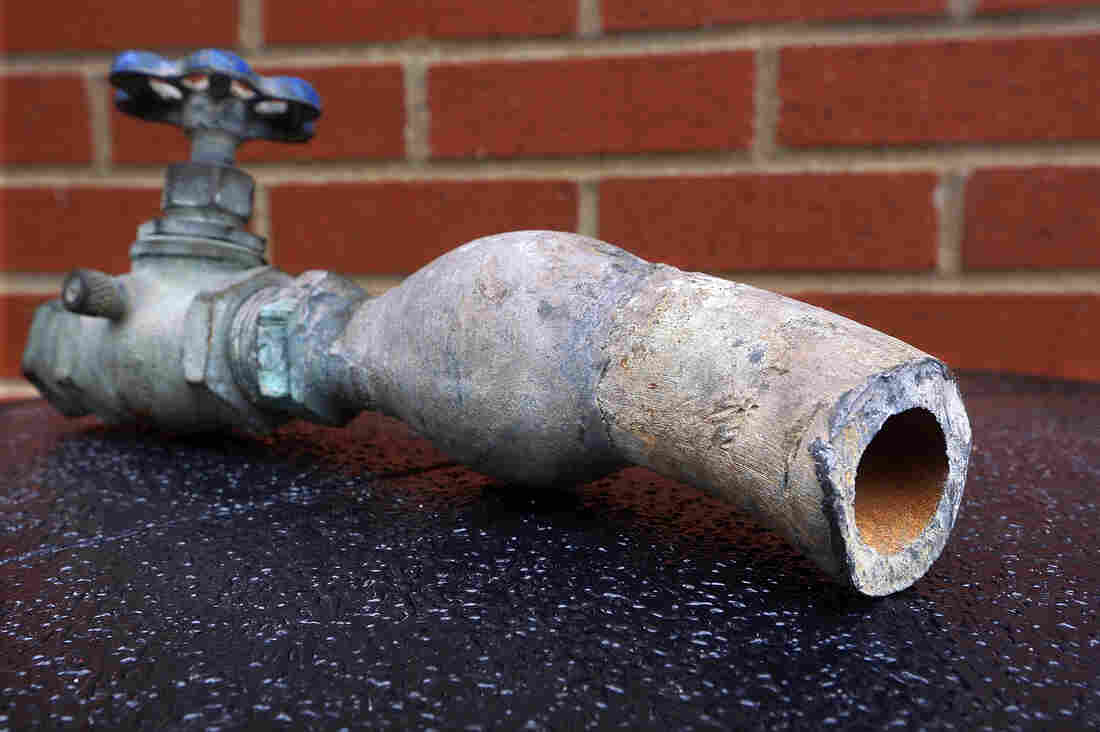 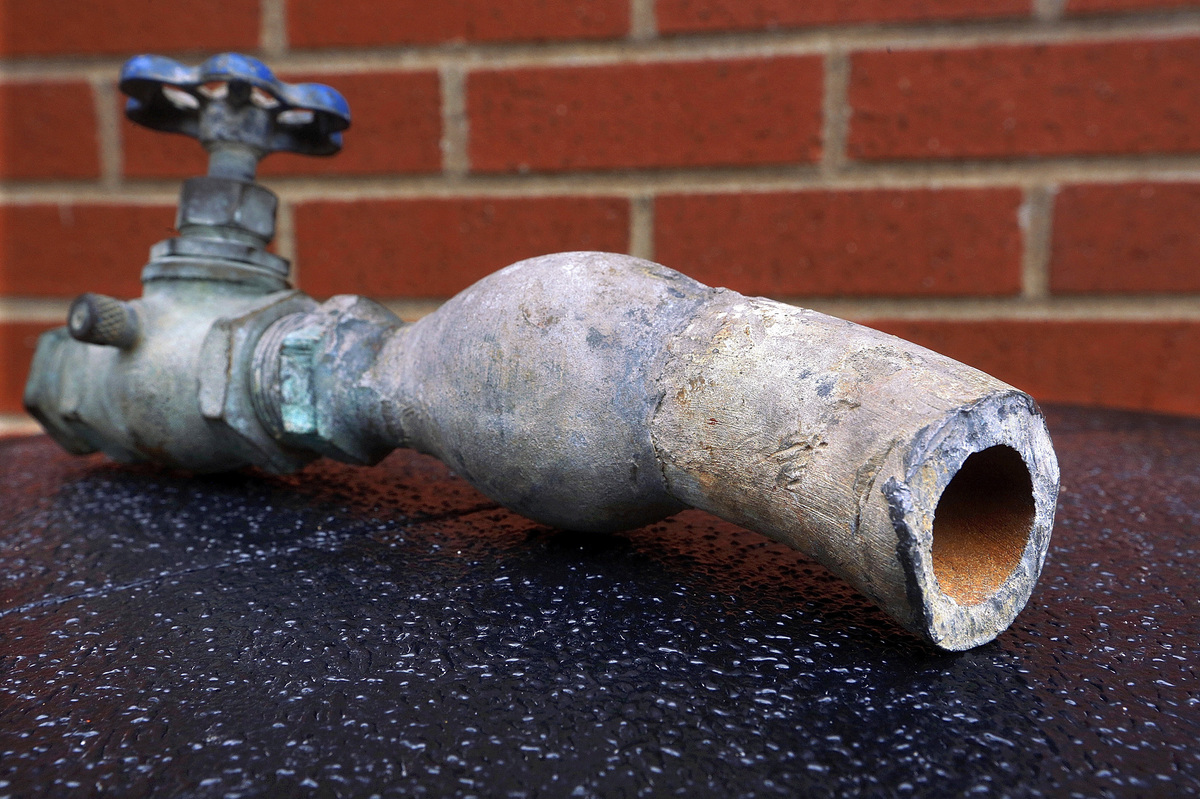 Lead water pipes are still used in many U.S. homes.

The residents of Flint, Mich., received some welcome news this week: Researchers released the results of a new round of water tests, showing lead levels in that city's water system falling just below the Environmental Protection Agency action level.

Too many water samples above that level is a red flag for utilities, a sign that they may have a broader lead problem.

Virginia Tech researcher Marc Edwards, who leads the team documenting Flint's water problems, called the new results the "beginning of the end," a turning point in the city's saga with corrosive water.

Where Lead Lurks And Why Even Small Amounts Matter

But it came with a caveat: "Certainly, Flint residents should continue using the bottled water and filters," he warned.

That's, in part, because the EPA action level – 15 parts per billion of lead in the water – is not a threshold for public health, so a reading below that number doesn't mean the water is safe.

Public officials and school administrators often reference that level to assuage fears about lead in the water.

But Jeff Cohen, who was on the EPA team that decided on that number, said linking it to a threshold for public health is a "misunderstanding."

"The goal of the rule is zero lead in drinking water," he said.

The EPA's action level isn't based on medical research. No amount of lead is known to be safe.

"It was never designed to identify a safe level of lead in drinking water," Cohen told NPR.

He said the number was simply what water utilities told the EPA they could manage with treatment back in the late 1980s, when the EPA's Lead and Copper Rule was drafted.

"It was based on the little data available at that time, from water utilities in the U.S. that had installed different levels of corrosion control treatment," he said.

When there is lead in the water, most of it comes from underground service lines that carry water to more than 6 million homes, according to water utility estimates. Smaller amounts of lead can also be found in home plumbing systems such as in solder and fittings.

Wherever lead exists, particles can sporadically make their way into the water. Pieces of lead might fall into water when something jostles the pipes, like a heavy truck coming down the road. Lead also seeps slowly into water when water sits stagnant in pipes for more than a few hours.

Utilities use anti-corrosive chemicals to slow the process down, but they can't stop it entirely.

In recent decades, as a result of more government regulations, blood lead levels across the U.S. have declined drastically. At the same time, evidence that relatively small amounts of lead in the blood can cause significant damage has mounted.

Researchers now know, blood lead levels in children as low as five micrograms per deciliter — the Centers for Disease Control's "level of concern" — can lead to IQ deficits and increases in behavior problems like ADHD and conduct disorder.

In adults, low-level exposure of 10 micrograms per deciliter can cause high blood pressure and kidney problems.

"We've become accustomed to these conditions," said Bruce Lanphear, a professor at Simon Fraser University and long-time researcher of low-level lead exposure. "They are familiar, so we accept them, and we don't see that part of the problem is lead, because it's insidious."

He said there is scientific consensus around the harmful effects of low-level lead exposure, but lead regulations are "based more on feasibility as opposed to the best science."

Lanphear was the principal author on a recent American Academy of Pediatrics position paper. In it, the Academy called on federal regulators to tighten all lead regulations, claiming that they create an "illusion of safety."

Joel Beauvias, the deputy assistant administrator for the EPA's Office of Water, said the agency has "consistently said that no level of lead is safe." But, he explained, the agency has to set limits that can be reasonably achieved.

"The way Congress set up the Safe Drinking Water Act was to require us to look at a level, a goal, that would be health protective and then to set standards that are as close as feasible to that goal," he told NPR.

The EPA is working on revisions to the rule. But an agency spokesperson was unable to say whether the action level will be a part of those revisions, or when the agency will go public with its proposed changes.