Accessibility links
Judge Overturns Conviction Of 'Making A Murderer' Subject Brendan Dassey : The Two-Way A federal judge in Wisconsin has overturned Dassey's homicide conviction. The story rose to national prominence when it was chronicled on the Netflix documentary series Making a Murderer. 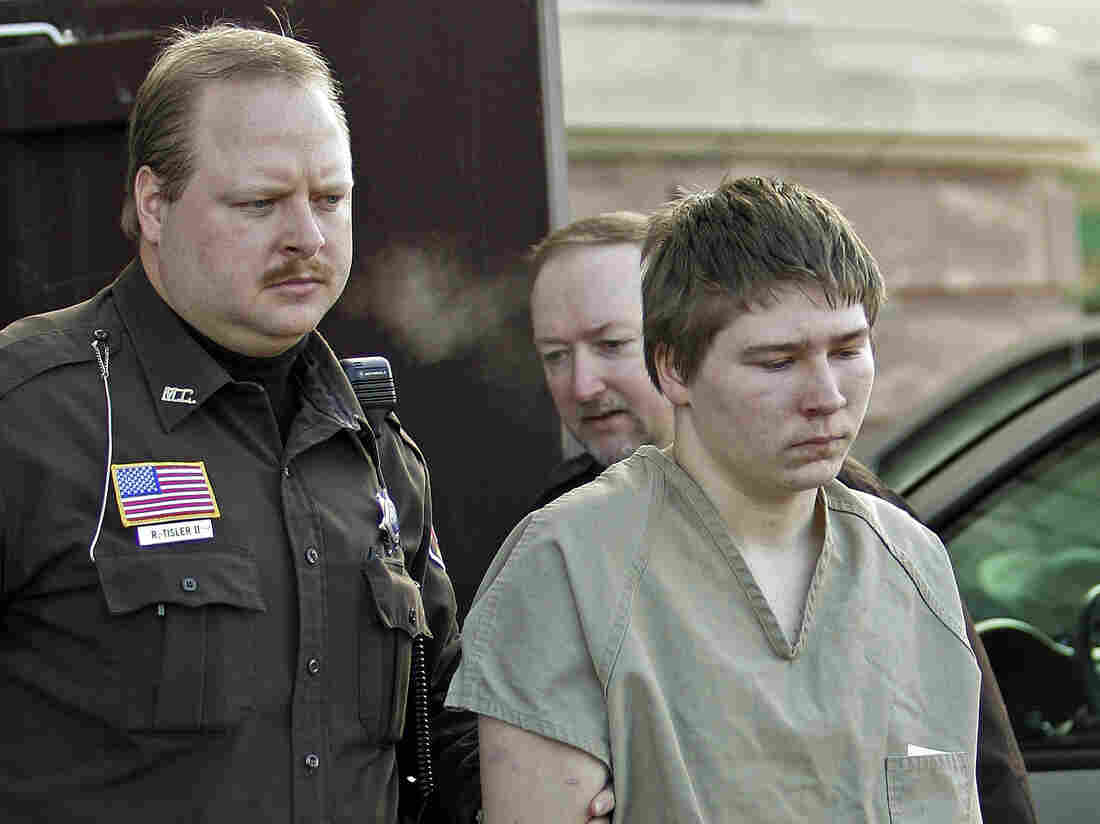 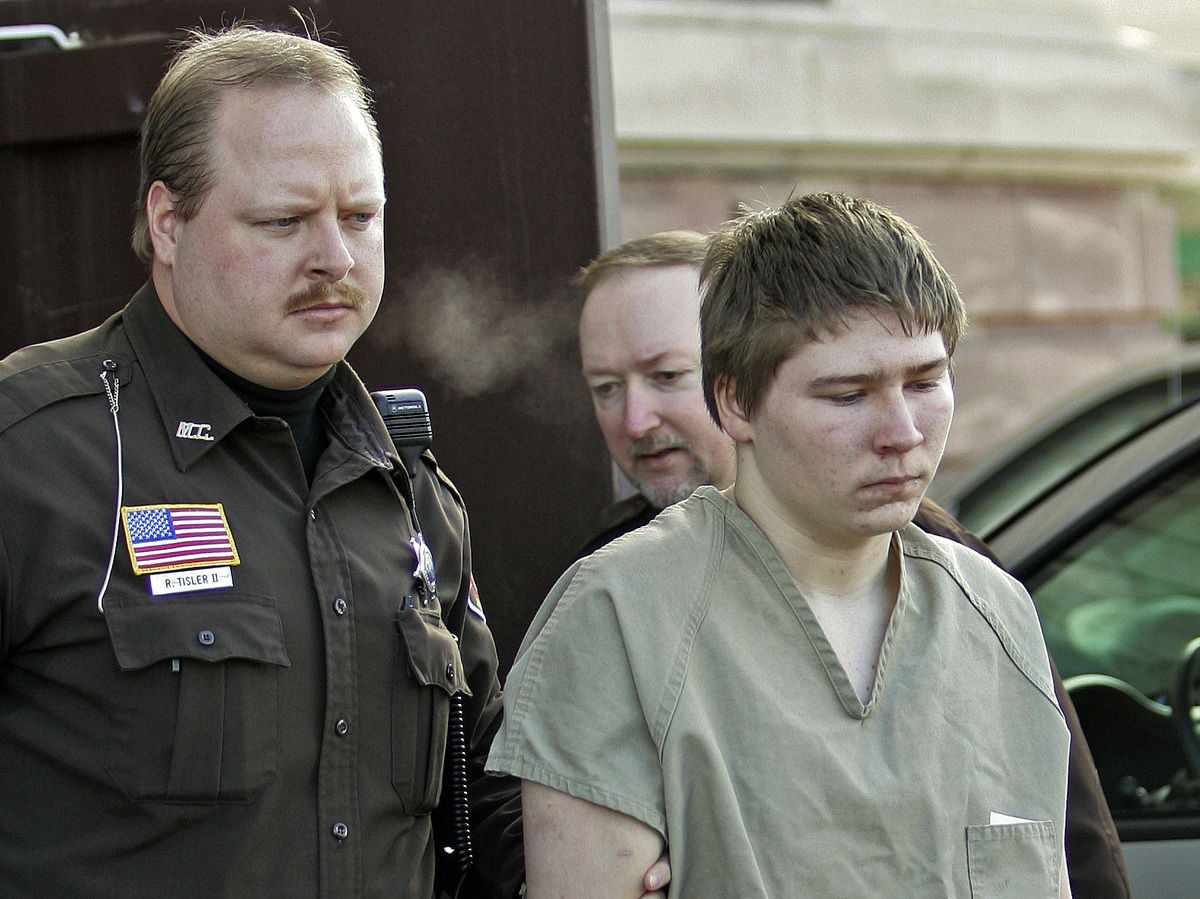 Brendan Dassey, 16, is escorted out of a Manitowoc County Circuit courtroom in 2006, in Manitowoc, Wis.

A federal judge in Wisconsin has overturned the conviction of Brendan Dassey, who was found guilty of helping his uncle kill a young woman in 2005. The story rose to national prominence when it was chronicled on the Netflix documentary series Making a Murderer.

Now, U.S. Magistrate Judge William E. Duffin has ordered that Dassey should be released from custody within 90 days, unless prosecutors file an appeal against him.

Dassey was 16 years old when he confessed to helping his uncle, Steven Avery, carry out the rape and murder of 25-year-old photographer Teresa Halbach.

Halbach was killed at the Avery Salvage Yard, where she had been hired to photograph vehicles for a magazine, according to court documents. Investigators found burned human remains that matched Halbach's DNA, along with her car, where they discovered multiple bloodstains.

As WUWM's Marti Mikkelson tells our Newscast unit, Dassey's attorneys have argued that his confession was coerced. In Friday's court decision, the judge agreed, overturning a life sentence for first-degree intentional homicide, mutilating a corpse and second-degree intentional assault.

The focus of the judge's decision was on the interrogation when Dassey confessed. Over the course of a three-hour period of questioning, "generally responding to the investigators' questions with answers of just a few hushed words, a story evolved whereby in its final iteration Dassey implicated himself in the rape, murder and mutilation of Teresa Halbach," according to the judge's decision.

The confession happened without a parent or another adult present, and investigators "exploited the absence of such an adult by repeatedly suggesting that they were looking out for his interests," the decision states.

The decision adds that Dassey's "borderline to below average intellectual ability likely made him more susceptible to coercive pressures than a peer of higher intellect."

The investigators repeatedly said that they "already know" what happened on the day of Halbach's killing and that Dassey had nothing to worry about.

"No single statement by the investigators, if viewed in isolation, rendered Dassey's statement involuntary," the decision reads. "But when assessed collectively and cumulatively...it is clear how the investigators' actions amounted to deceptive interrogation tactics that overbore Dassey's free will."

Here's how the judge's decision summed up his assessment that the confession was involuntary:

"Especially when the investigators' promises, assurances, and threats of negative consequences are assessed in conjunction with Dassey's age, intellectual deficits, lack of experience in dealing with the police, the absence of a parent, and other relevant personal characteristics, the free will of a reasonable person in Dassey's position would have been overborne. Once considered in the proper light, the conclusion that Dassey's statement was involuntary under the totality of the circumstances is not one about which 'fairminded jurists could disagree.'"

It adds that the confession comprised "the entirety of the case against him on each of the three counts."

Laura Nirider, one of Dassey's lawyers, tells The Associated Press that her client "is in shock and wants to go home."

The Netflix series "Making a Murderer" casts "doubt on the legal process used to convict Dassey and Avery," as the wire service reports. "Authorities involved in the case have called the 10-hour series biased, while the filmmakers have stood by their work."

You can read the judge's full decision here: