Accessibility links
PHOTOS: Dramatic Rescues Underway As Louisiana Floodwaters Reach 'Historic' Levels : The Two-Way More than a thousand people have been rescued as the state is drenched and battered by what the governor has called an "unprecedented and historic flooding event." 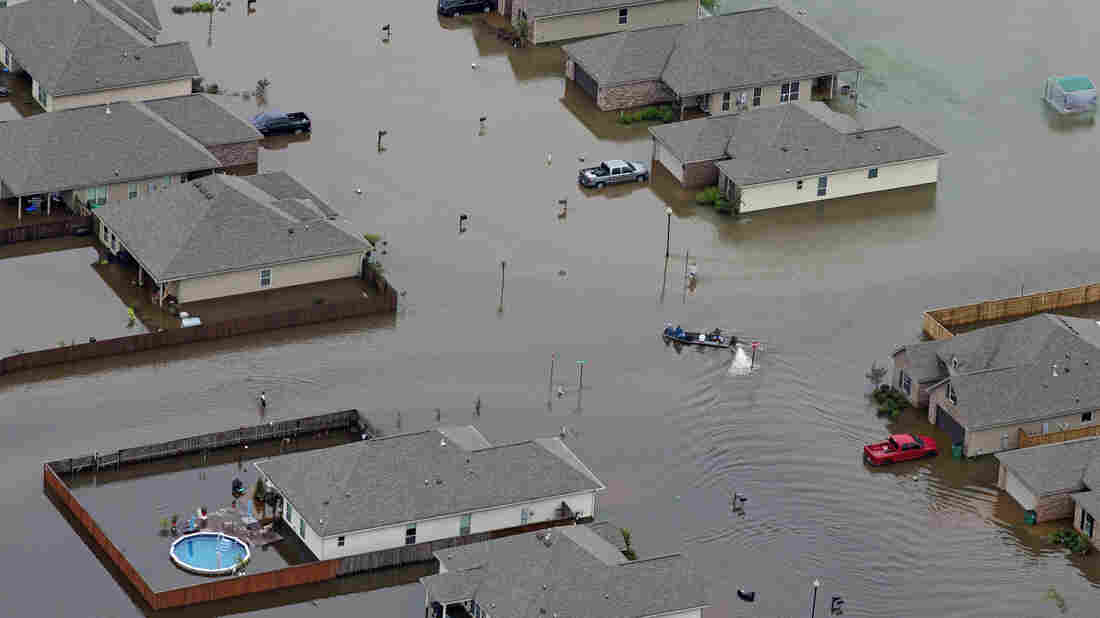 In this aerial photo a boat motors between flooded homes on Saturday after heavy rains in the region in Hammond, La. Max Becherer/AP hide caption 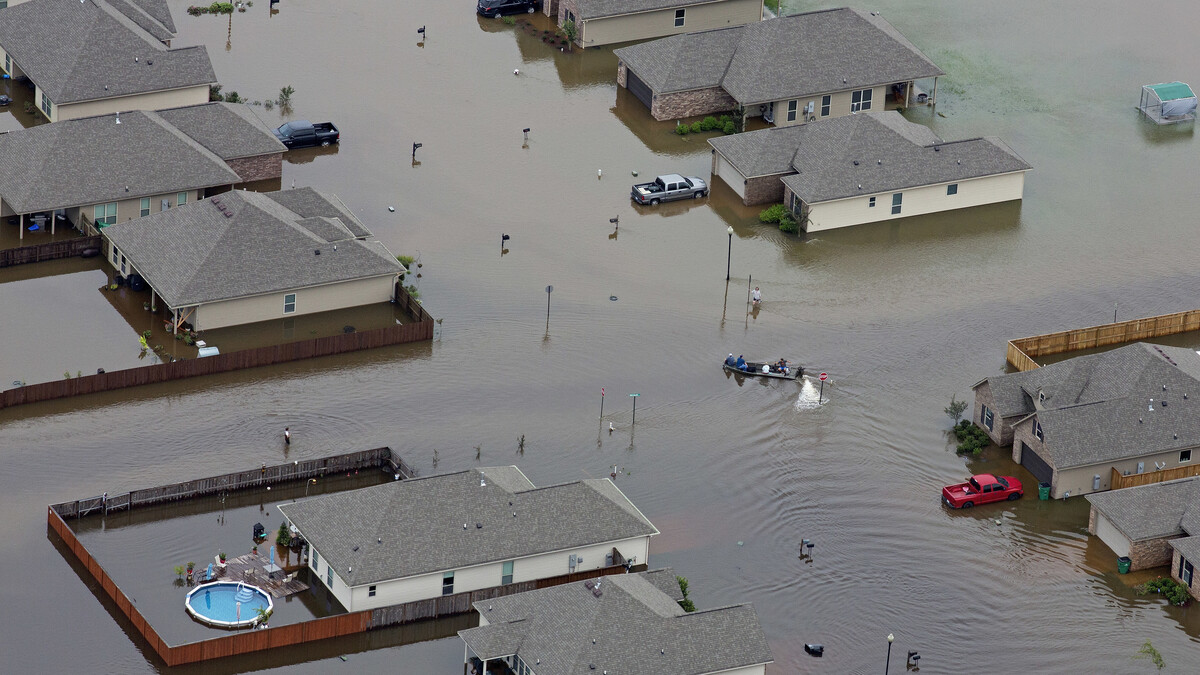 In this aerial photo a boat motors between flooded homes on Saturday after heavy rains in the region in Hammond, La.

Rescue efforts are underway in Southeast Louisiana as the state is drenched and battered by what the governor has called an "unprecedented and historic flooding event." He has declared a state of emergency, and three people have been killed by the floods. 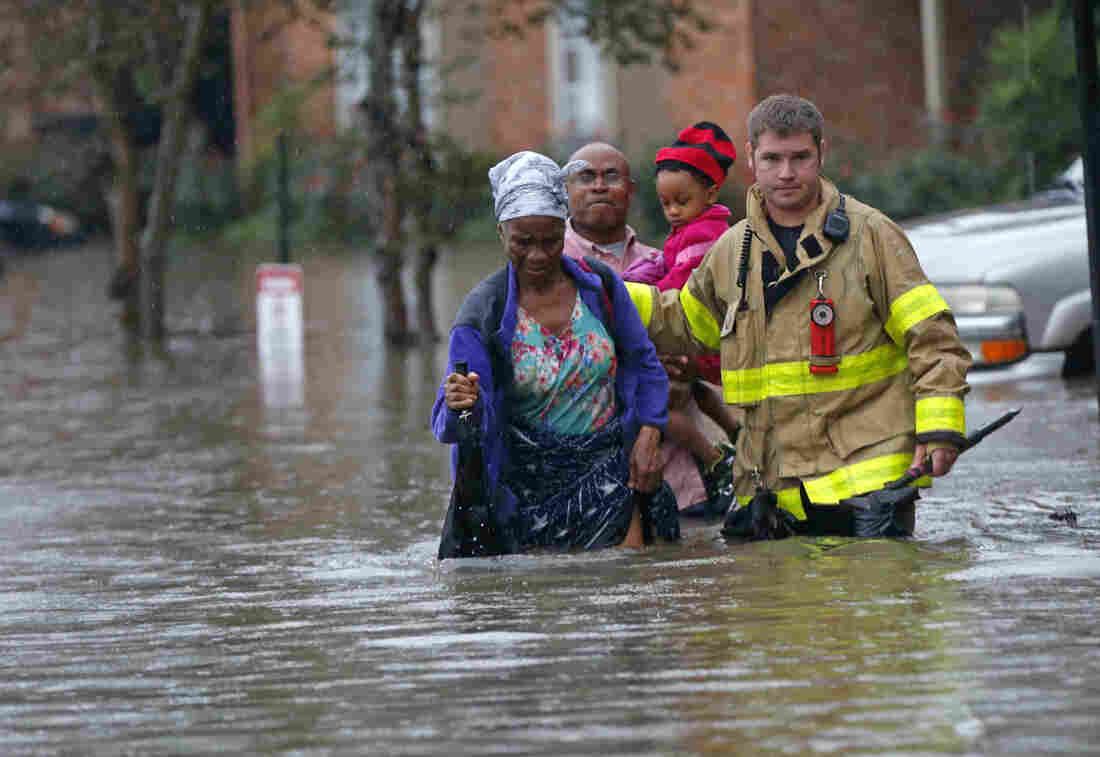 A member of the St. George Fire Department assists residents as they wade through floodwaters from heavy rains in Baton Rouge, La., on Friday. Gerald Herbert/AP hide caption

The National Guard has been deployed to assist with the rescue efforts, as WWNO's Eve Troeh reported to our Newscast unit. "The dramatic images are all too familiar in Louisiana — water up to the eaves of homes, people stranded on rooftops, some lifted to safety by helicopter rescue teams," she said.

One of those rescues was caught in an intense video released by The Associated Press. A rescue team steers their boat toward a red car that is almost completely submerged in the green-brown water. 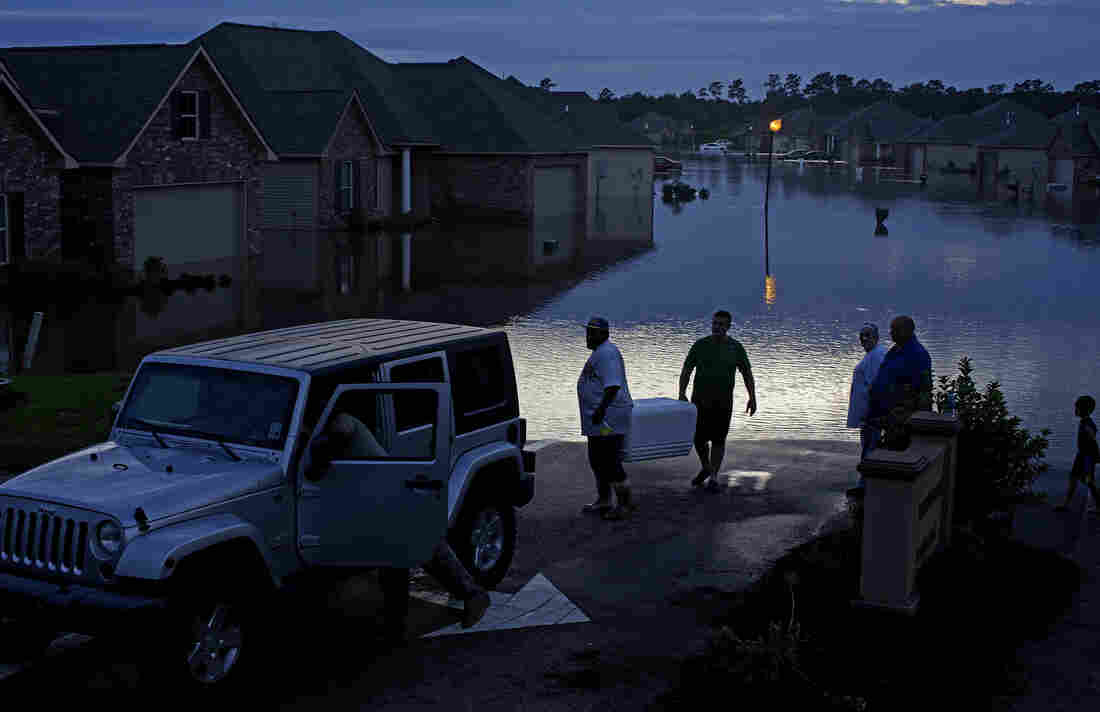 The woman can be heard inside the car. "Oh, my God, I'm drowning," she said, as the rescue workers try to break in through a window. Rescuer David Phung then leaps into the water and rips open the cloth top of the convertible, pulling the woman through the water and onto the surface.

Immediately, she says: "Get my dog!" The car has at this point completely disappeared under the water. Tense seconds pass. Then, Phung is able to grasp the terrified animal and drag him out of the flooded car.

More rain is expected in the flooded Gulf Coast in what Edwards described as a "slow-moving, low-pressure system." 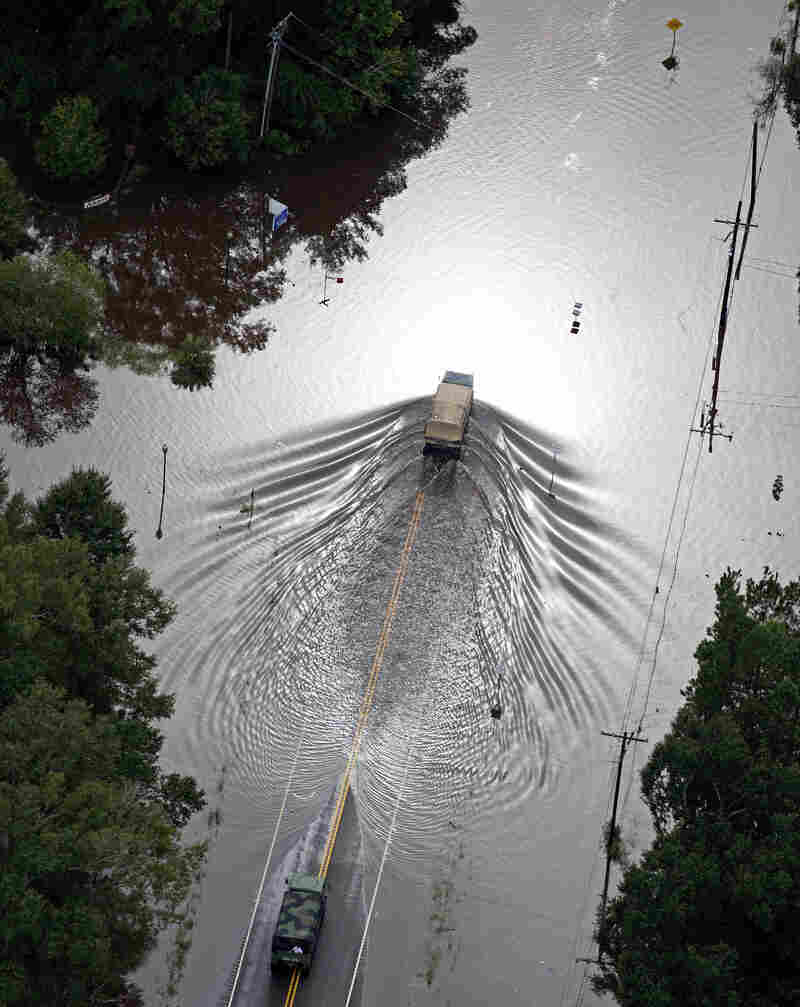 "We have record levels of flooding along rivers and creeks. And because these are record floods, we don't know how wide the water is going to get in those areas," he said. "This is unprecedented, so we don't have records that we can go back and see who all's going to be impacted."

"We are concerned and are monitoring the weather conditions as this element moves westward, and we've got folks deployed where we're using every barricade and every high-water sign there is to notify the public and prepare them," Wilson said.

More than 100 roads are closed and "at least one major highway has been submerged," Troeh said, adding that "river basins across the area continue to fill with water."

And with heavy rain projected in parts of Mississippi as the storm heads north, Gov. Phil Bryant has declared a state of emergency in at least four counties.