Accessibility links
Vanderbilt University To Pay $1.2 Million To Remove 'Confederate' From Dormitory : The Two-Way Anonymous donors will provide the money to repay sponsors who helped fund construction of the building in 1933. The school will remove the first word of the inscription "Confederate Memorial Hall."

Vanderbilt To Pay $1.2 Million To Remove 'Confederate' From Dormitory

Vanderbilt To Pay $1.2 Million To Remove 'Confederate' From Dormitory 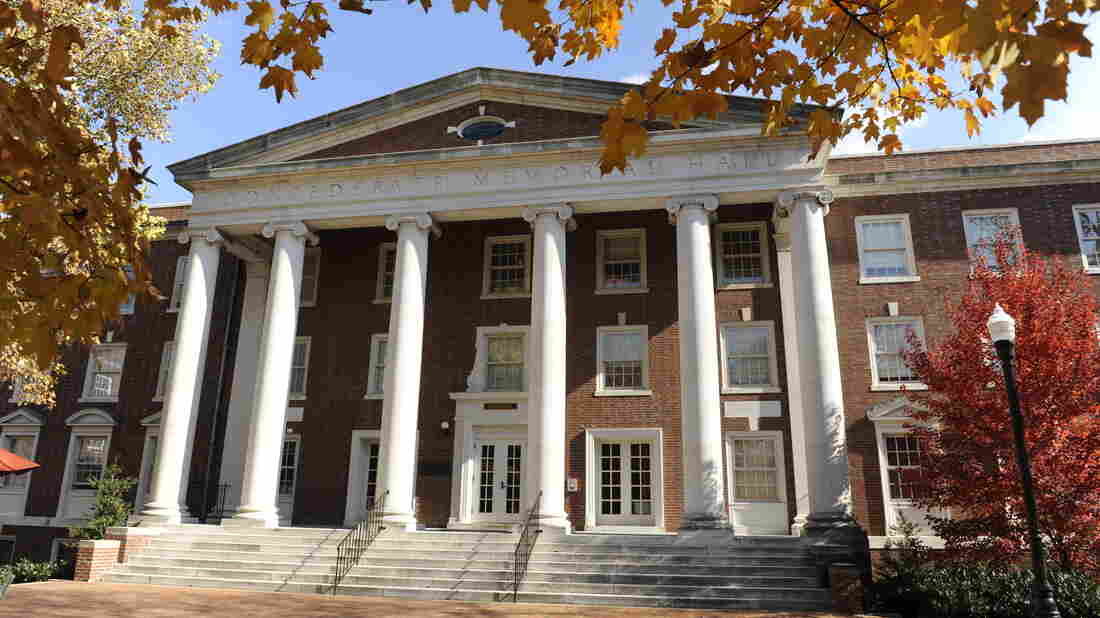 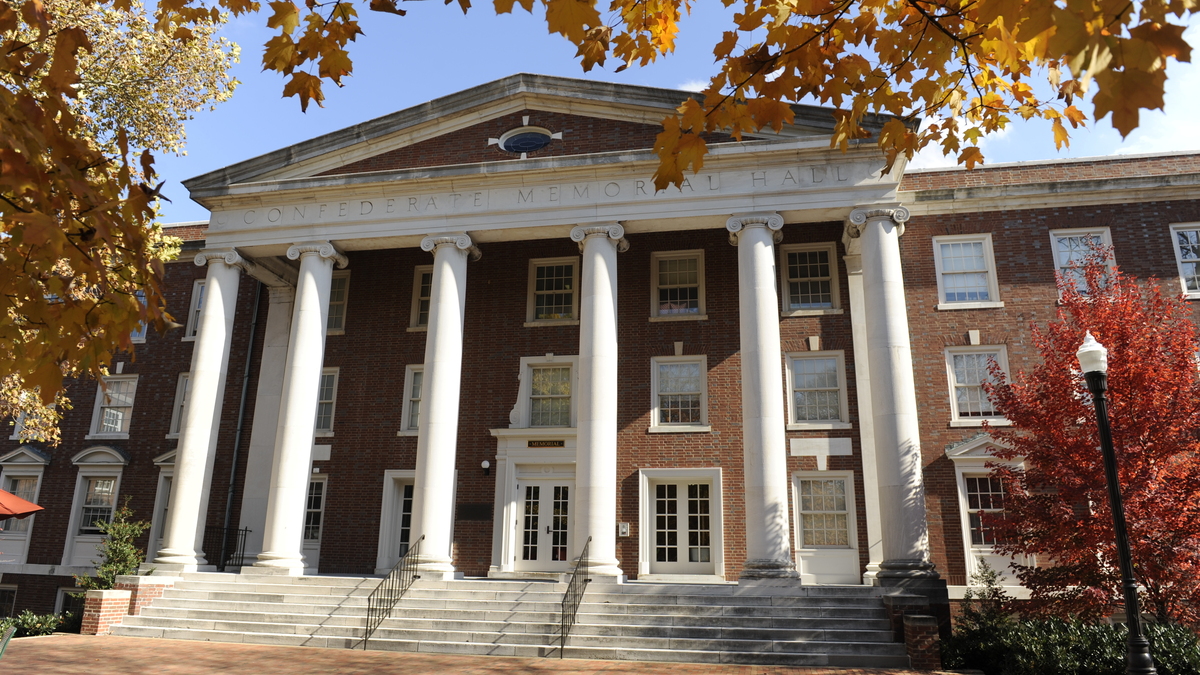 Memorial Hall, a dorm at Vanderbilt University, used to be Confederate Memorial Hall. The first word is being removed from an inscription on the building.

Vanderbilt University will pay more than a million dollars, returning a donation made 83 years ago, so that it can remove an inscription with the word "Confederate" from a campus dorm.

The building in the heart of the freshman commons is officially called Confederate Memorial Hall, but since 2002 it's been referred to as simply Memorial Hall. It opened in 1935 thanks to a $50,000 gift from the United Daughters of the Confederacy two years earlier.

The announcement came Monday from Vanderbilt Chancellor Nicholas S. Zeppos, who said the university is not trying to rewrite history:

"Many generations of students, faculty and staff have struggled with, argued about and debated with vigor this hall. ... Our debates and discussions have consistently returned over these many years to the same core question: can we continue to strive for that diverse and inclusive community where we educate the leaders that our communities, nation and world so desperately need, with this hall as so created? My view, like that of so many in the past, and so many in our present, is that we cannot."

While Grieving Continues, Church Shooting Was Charleston's Call To Action

The Nashville, Tenn., university tried to change the name chiseled on the pediment of the building in 2002, but the Tennessee Division of the United Daughters of the Confederacy sued to block that effort. Three years later, a state appeals court ruled that the only way Vanderbilt could proceed with its plan was to return the current value of the original donation.

Zeppos said, in an open letter, the funds will come from anonymous donors.

The Associated Press reports that another school, Middle Tennessee State University in Murfreesboro, 30 miles southeast of Nashville, is trying to change the name of a building honoring Confederate Gen. Nathan Bedford Forrest. But the plan faces an uphill challenge because it must be approved by the Tennessee Historical Commission by a two-thirds vote.