Accessibility links
More Parishes Declared Disaster Areas As Louisiana Floods Kill 11 : The Two-Way Federal officials are expanding a disaster declaration to include more areas inundated by floodwaters. At least 40,000 homes have been damaged by floods since Friday. 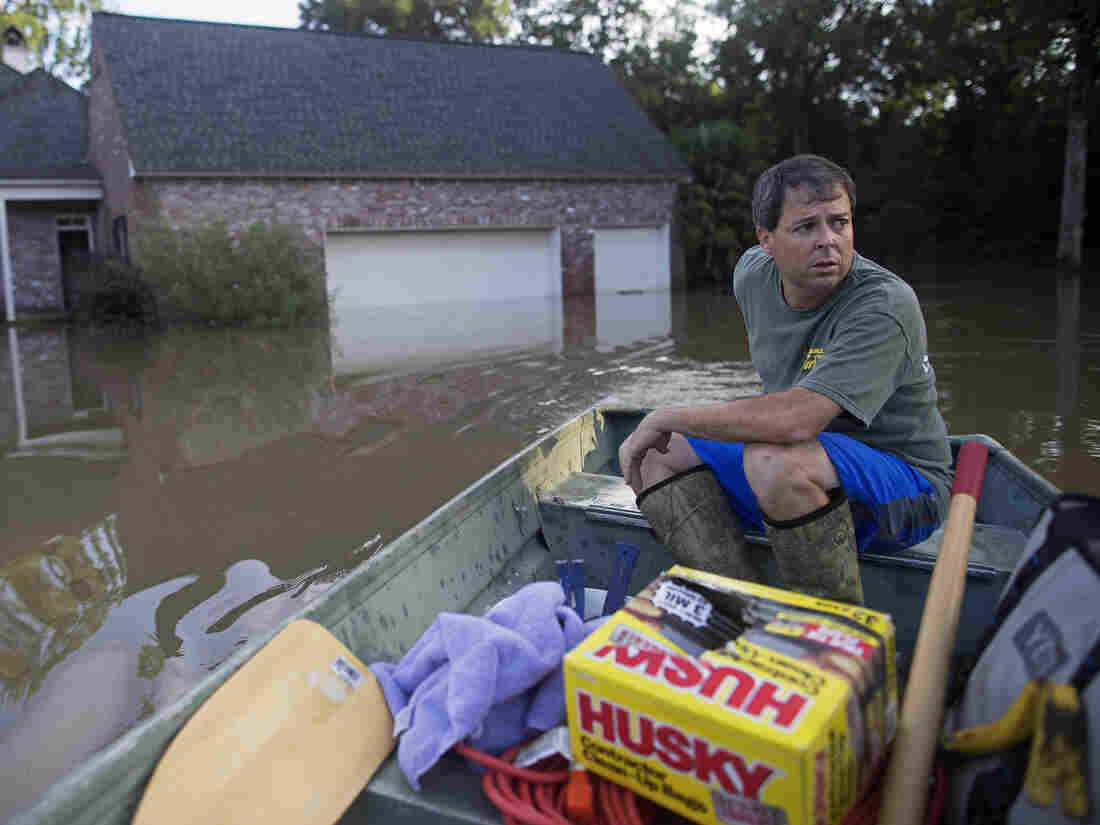 Louisiana resident David Key rides away after reviewing the damage to his home. Federal officials have expanded a disaster declaration after flooding in the state damaged tens of thousands of homes and left nine people dead. Max Becherer/AP hide caption 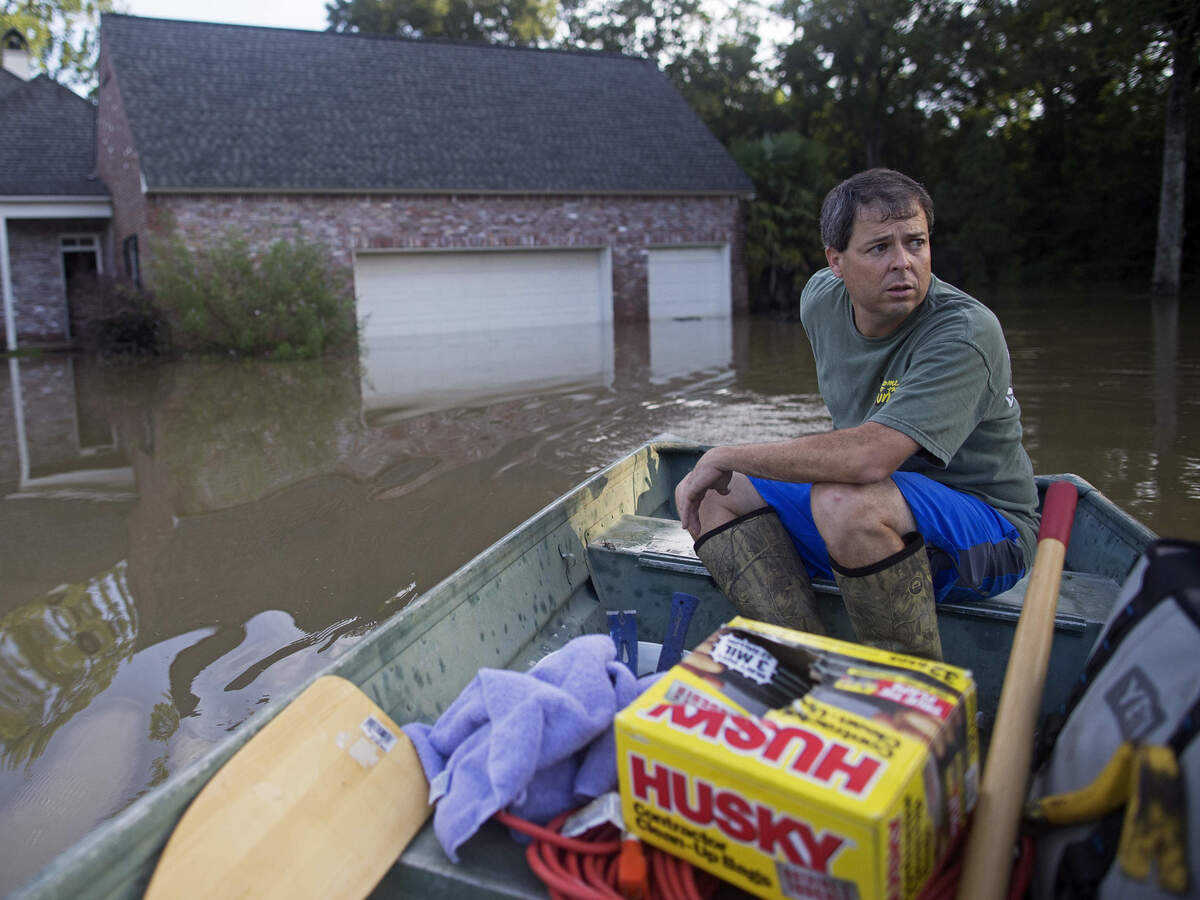 Louisiana resident David Key rides away after reviewing the damage to his home. Federal officials have expanded a disaster declaration after flooding in the state damaged tens of thousands of homes and left nine people dead.

Gov. John Bel Edwards announced Tuesday that 20 parishes are now under a disaster declaration with a "historic flood event" damaging some 40,000 homes and leading to the evacuation of 30,000 people from flood-soaked areas.

"Nobody has been forgotten," Edwards told reporters. "We understand there are still a lot of people who are suffering."

As we reported earlier, floods have crippled Louisiana since Friday as a storm system dropped more than 2 feet of rain in some areas. The latest additions to the disaster list include Avoyelles, Evangeline, Iberville and Jefferson Davis parishes.

"The water has stopped rising. But it's still several feet deep, and not going anywhere quickly. People check on their homes by canoe, horse and four-wheeler. ...

"This part of Louisiana isn't historically prone to flooding. In Ascension Parish, fewer than a quarter of households have flood insurance. Most residents will qualify for some disaster relief from [FEMA]."

With floodwaters retreating in some areas and remaining in others, officials are still in recovery-and-rescue mode with more than 8,000 people staying in shelters.

In Livingston Parish, the Associated Press reports, authorities there estimate that 75 percent of homes are a "total loss":

"But Lori Steele, spokeswoman for the Livingston Parish Sheriff's Office, was upbeat, saying the rescues taking place now are less of a 'lifesaving nature' and more to help people who were running low on supplies in flooded areas. As the main roads drain, emergency crews were going to be able get hot meals, water and medical supplies to the 25 shelters in the parish.

"Rivers and creeks were still dangerously bloated in areas south of Baton Rouge as people filled sandbags there to protect their houses, bracing for the worst as the water worked its way south."

Meanwhile, Kailath says, forecasters predict more rain for some areas of Louisiana over the rest of the week.