Accessibility links
Bombings In Turkey Kill At Least 10, Wound More Than 200 : The Two-Way Attacks in two cities in eastern Turkey targeted police stations; a third targeted soldiers. At least 10 people were killed, and the AP reports some 226 people were injured. 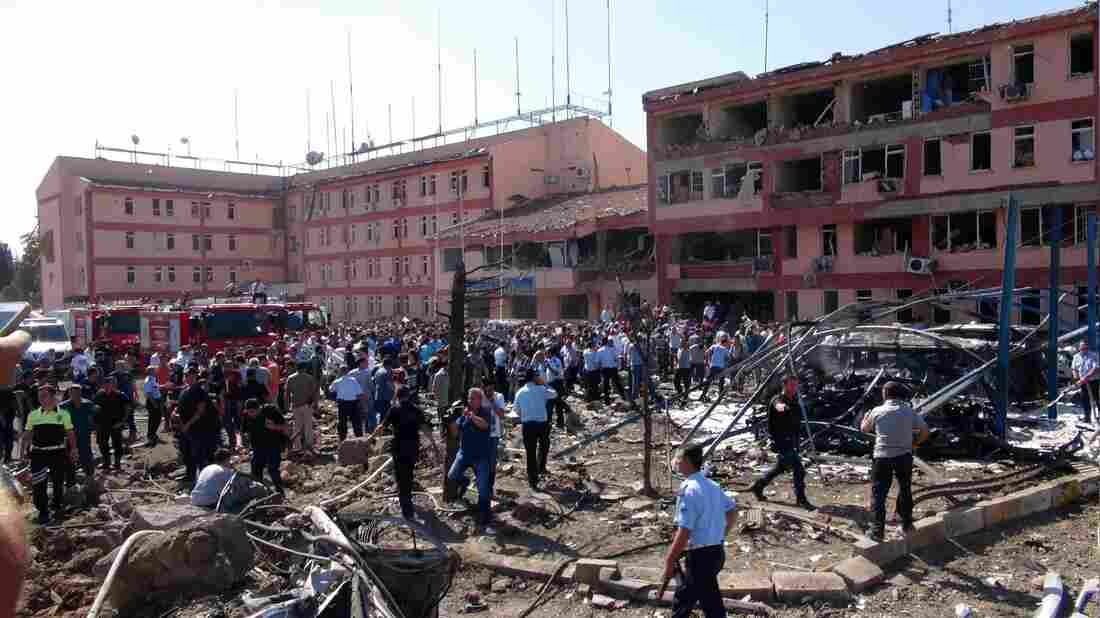 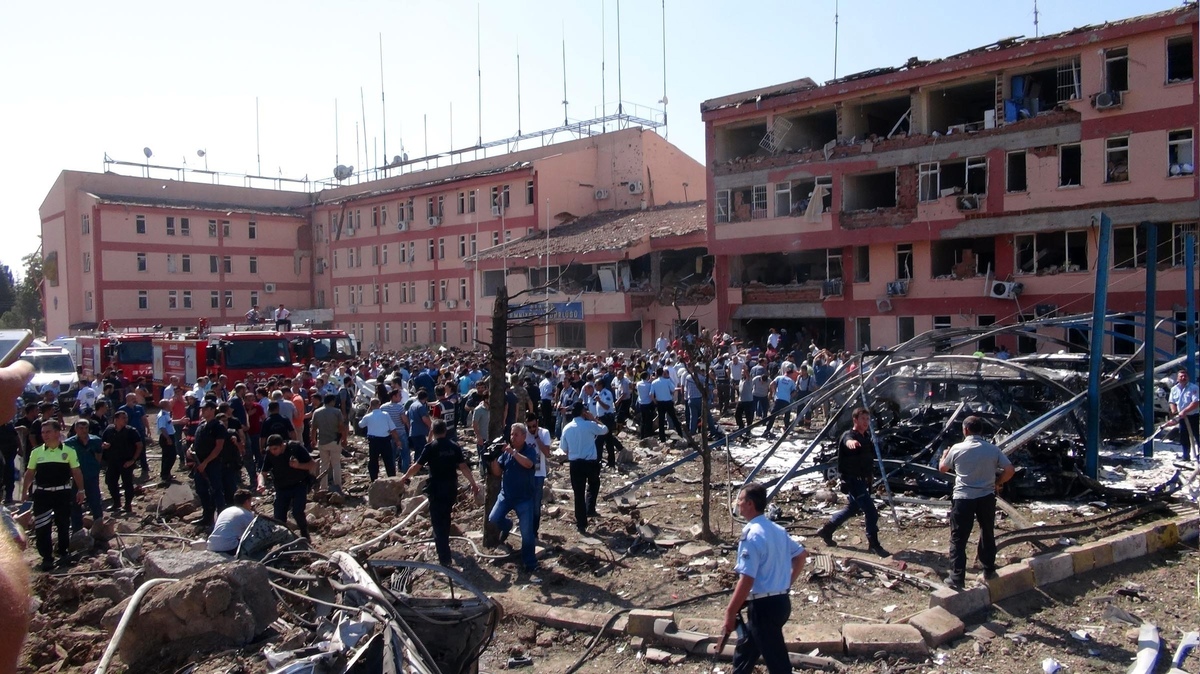 A series of bombings in eastern Turkey left at least 10 people dead and more than 200 wounded.

The first car bomb hit near a police station in the city of Van, near the border with Iran. It left at least two officers and one civilian dead and at least 70 people — mostly civilians — wounded, the AP reports.

State-run media reports one suspect is in custody, NPR's Peter Kenyon reports. He says officials are suggesting Kurdish militants were behind the attack.

"In the past, fighters from the PKK, the Kurdistan Workers Party, have targeted police and military facilities with their attacks. On Monday, a car bomb detonated near a traffic police station outside the southeast city of Diyarbakir, killing eight," he says. "The PKK resumed its long-running conflict against the Turkish military in July 2015, after more than two years of reconciliation talks broke down."

A second car bombing, much larger, hit hours later in the city of Elazig, at another police station, Peter says.

At least three officers were killed and more than 146 people injured, including more than a dozen reported to be in serious condition, the AP reports:

"Mahmut Varol, the deputy mayor for Elazig, told Haber Turk television that the explosion occurred on the grounds of the police headquarters and caused cars parked nearby to catch fire.

"Video footage showed a large plume of smoke rising from the area. Cars were overturned and the windows of the four-story building and its wings were blown out."

Media coverage of the Elazig attack has been banned in Turkey. The Turkish government regularly imposes media blackouts after acts of terrorism.

Then there was a third blast: "a roadside bomb that detonated as an armored military vehicle was passing in eastern Bitlis province," Peter says.

At least four soldiers were killed and seven wounded in that attack, the AP says.