Accessibility links
Justice Department Will Phase Out Its Use Of Private Prisons : The Two-Way Federal officials said the contract facilities don't offer substantial cost savings or provide the same level of security as those run by the Federal Bureau of Prisons. 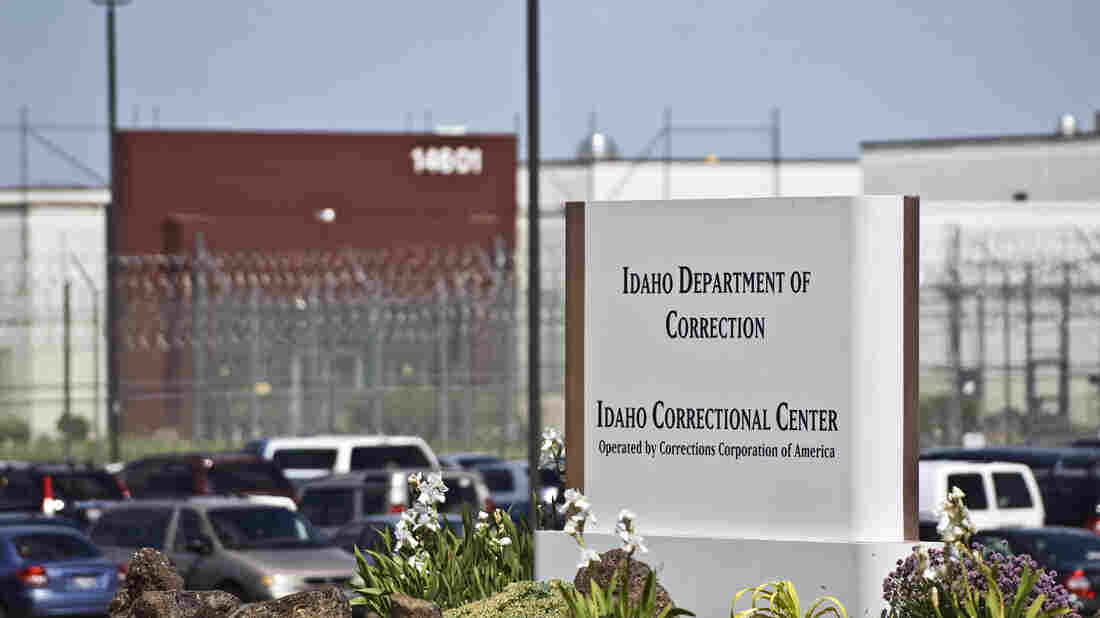 The Idaho Correctional Center south of Boise, Idaho, is a contract facility operated by Corrections Corporation of America. The Justice Department says it is phasing out its relationships with private prisons after a recent audit found they have more safety and security problems than ones run by the government. Charlie Litchfield/AP hide caption 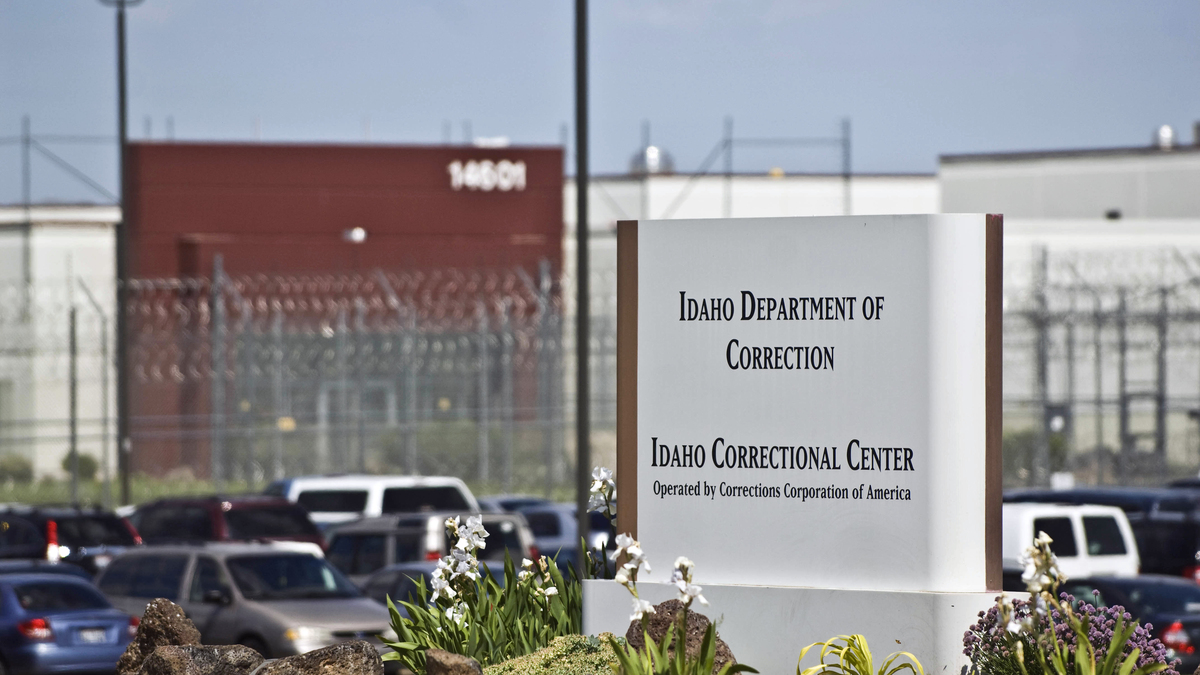 The Idaho Correctional Center south of Boise, Idaho, is a contract facility operated by Corrections Corporation of America. The Justice Department says it is phasing out its relationships with private prisons after a recent audit found they have more safety and security problems than ones run by the government.

U.S. Justice Department officials plan to phase out their use of private prisons to house federal inmates, reasoning that the contract facilities offer few benefits for public safety or taxpayers.

In making the decision, Deputy Attorney General Sally Yates cited new findings by the Justice Department's inspector general, who concluded earlier this month that a pool of 14 privately contracted prisons reported more incidents of inmate contraband, higher rates of assaults and more uses of force than facilities run by the Federal Bureau of Prisons.

At their peak, contract prisons housed approximately 30,000 federal inmates. By May 2017, that number will have dropped by more than half, to 14,000, Yates wrote. The Bureau of Prisons tends to use contract facilities to confine inmates who require only low security and who tend to be in the country illegally. The U.S. government spent $639 million on those facilities in fiscal year 2014, according to the inspector general report, in payments to three companies: Corrections Corporation of America, GEO Group, and Management and Training Corp.

The Justice Department announcement will not touch the vast majority of prisoners in the country who are incarcerated by state and local authorities. But federal officials hope their decision will be a model across the correctional field.

Last month, the DOJ declined to renew a contract for 1,200 prison beds in a private facility. And it is making changes to a new contract bid to reduce the size of demand there, too.

In a blog post to department employees, the deputy attorney general pointed out that the federal prison population has been dropping overall, to fewer than 195,000 inmates, because of a shift in how low-level, nonviolent drug criminals are treated. Yates did not shut the door on demand for private contract facilities in the future, however, and a new presidential administration could handle the issue differently.

Marc Mauer, executive director of The Sentencing Project, nonetheless said the Justice Department announcement represented a "major milestone in the movement away from mass incarceration."

"It has been a stain on our democracy to permit profit-making entities to be handed the responsibility of making determinations of individual liberty," Mauer said in a prepared statement. "Today's action moves us closer to a moment when government can once again assume this important responsibility."

Jamie Fellner, a former prison researcher for Human Rights Watch, said, "when the government does delegate, it's done a bad job of supervising" and adjusting the contracts accordingly.

"When private prisons fail as the inspector general suggests was going on with these particular ones, it's not just somehow because private business can't do corrections," Fellner said. "The principal overriding reason is ... [the Bureau of Prisons] failed to require contractually core best practices and standards; two, failed to supervise; and three, it failed to enforce the contracts. It just kind of keeps rolling over."

Immigrant advocates have for years lodged similar complaints — understaffing, poor medical care, increased security risks — at for-profit detention facilities used by Immigration and Customs Enforcement to hold immigrants. The Bureau of Prisons, at its height, housed only 15 percent of federal inmates in for-profit prisons. ICE reports that it currently holds 73 percent of its detainees in private jails. (Updated at 12:10 p.m. ET on Aug. 19 with ICE statistics.)

Because ICE is part of the Department of Homeland Security, the new Justice Department rule does not affect immigrant lockups.

An ICE statement released Thursday afternoon points out that immigrant detention facilities are different from federal prisons in that they only hold detainees temporarily. "ICE detention is solely for the purpose of either awaiting the resolution of an individual's immigration case or to carry out a removal order. ICE does not detain for punitive reasons," wrote an unnamed ICE official.

The statement continues that the Office of Detention Oversight conducts independent reviews of ICE detention facilities to be certain they comply with detention standards.