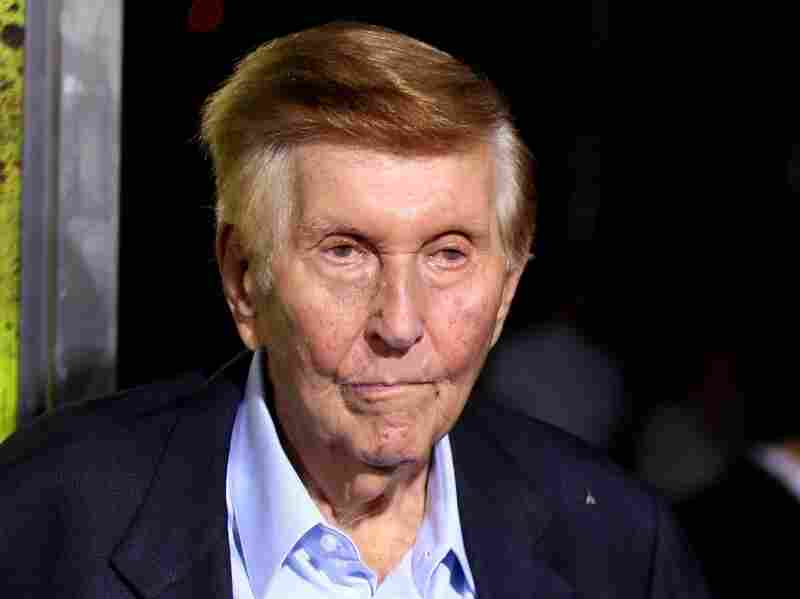 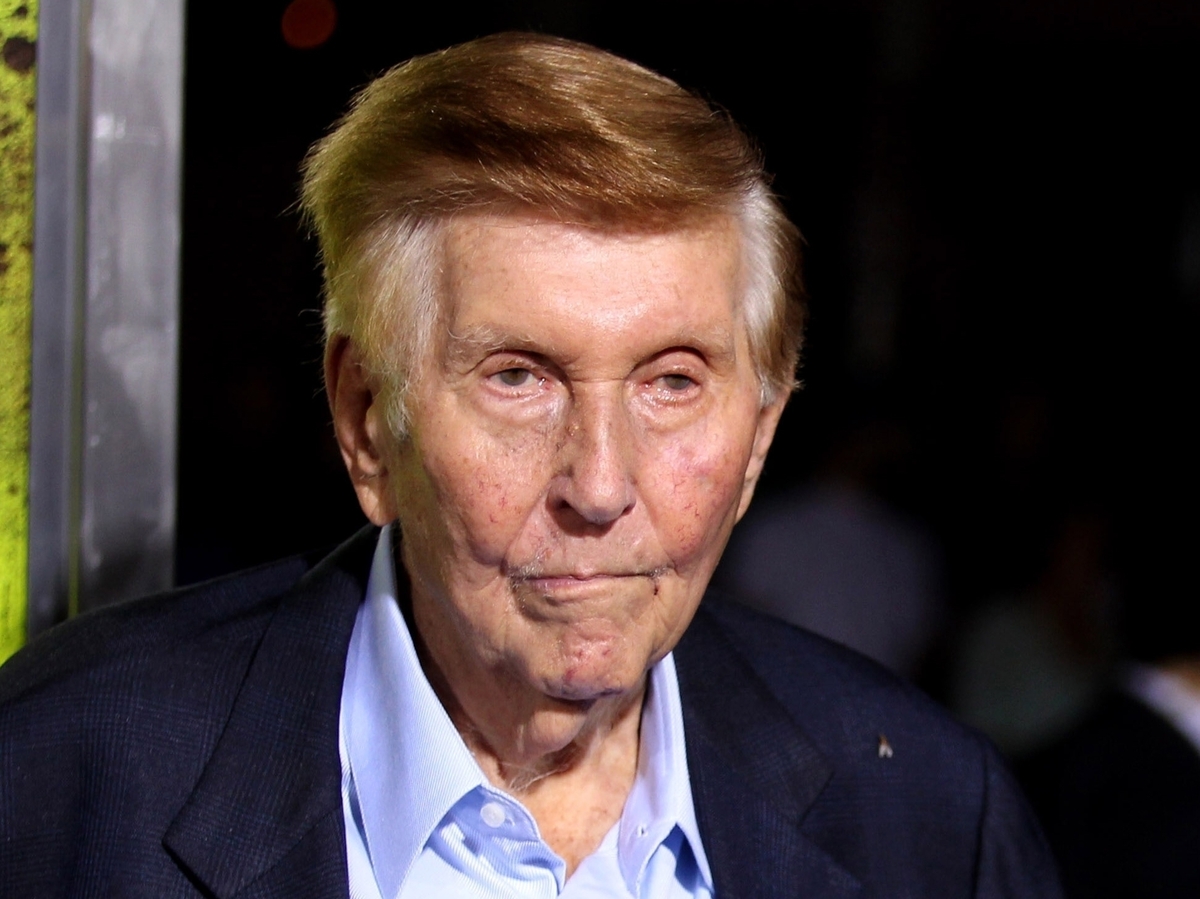 Sumner Redstone and his daughter Shari reasserted their control of Viacom Thursday night, resolving a crisis gripping the media conglomerate by arranging the departure of their renegade executive chairman, president and CEO Philippe Dauman in exchange for a $72 million payout.

The Redstones' holding company, National Amusements, approved the proposed deal earlier in the week and it was passed by Viacom's corporate board on Thursday evening. The resolution settles a series of legal proceedings gracing courtrooms in three different states in which Dauman and Viacom were wrestling the Redstones for the right to determine the fate of the company that owns MTV, Comedy Central, Nickelodeon and Paramount Pictures, among other properties.

The deal, which had not been formally announced by late Thursday evening, was described to NPR in separate interviews by two people well versed in its details. They spoke on condition they not be identified.

Veteran Viacom executive Thomas Dooley, currently the company's chief operating officer, will become its interim CEO and president until Sept. 30, the final day in the company's fiscal year. Dauman will continue on as corporate board executive chairman until Sept. 13 and will have the chance to present his proposal to the Viacom board to sell a major stake of Paramount to a Chinese investor.

The board, which will soon have five additional Redstone-approved members, is expected to reject Dauman's Paramount proposal. Five others with ties to Dauman will resign or cycle off as their terms expire. Though Viacom is publicly traded, National Amusements owns 10 percent of Viacom's equity and 80 percent of its voting shares. National Amusements has already kicked Dauman off its board.

Dauman was for years a trusted lawyer, adviser and chief protege of Sumner Redstone. Dauman cited what he said was Redstone's support in proposing to sell the stake in Paramount; Redstone's representatives said he actually opposed the sale, and Dauman later said he had misunderstood.

Redstone also objected to the precipitous drop in Viacom's stock price: it has lost about 40 percent of its value in the past three years. Additionally, Dauman's critics inside and outside the company say it has experienced a brain drain among the executive ranks and an astonishing loss of creative talent. Exhibit A: Comedy Central, where the loss of Jon Stewart, John Oliver, Stephen Colbert, Samantha Bee, Jason Jones and Key & Peele sting (even, or especially, in the case of Colbert, now a marquee name at CBS, which is also controlled by National Amusements).

Former Viacom CEO Tom Freston, who was himself fired by Redstone a decade ago next month, told NPR in June that the story of the company was one of decline. "It went from really being number one in its class, as a cable networker and as a creative enterprise, to pretty much the bottom of the barrel," Freston said.

Dauman had defended the mental capabilities of Redstone, now 93, as recently as last year when it was an issue in a lawsuit filed by an ex-girlfriend of the media mogul. Once that was dismissed, however, Dauman challenged his former mentor's capacities. This week's settlement will allow Sumner Redstone to avoid disclosures in court about mental competence, physical frailties and personal peccadillos, as well as the potential loss of control of much of the media empire he assembled.

Shari Redstone, Sumner's 62-year-old daughter by his first marriage, had long been estranged from her father. The settlement allows her to avoid inconvenient questions about the timing of their reconciliation, which neatly dovetailed with her ability to help take control of Viacom and CBS through National Amusements.

For Viacom, the agreement allows the company's leadership the chance to unite to take arms against a sea of troubles. Despite Dauman's lucrative departure, Viacom does not yet pretend to have the answer for them.