Accessibility links
As July's Record Heat Builds Through August, Arctic Ice Keeps Melting : The Two-Way July 2016 was Earth's hottest month on record. And Arctic ice has shrunk this year almost as much as it did in 2012 — the most severe melt to date. 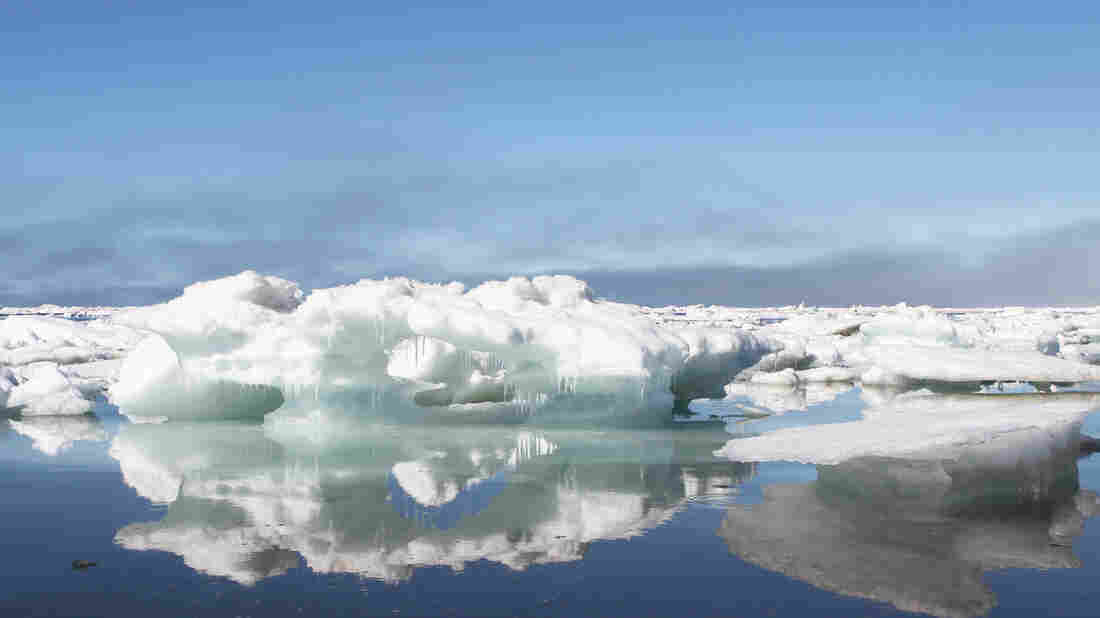 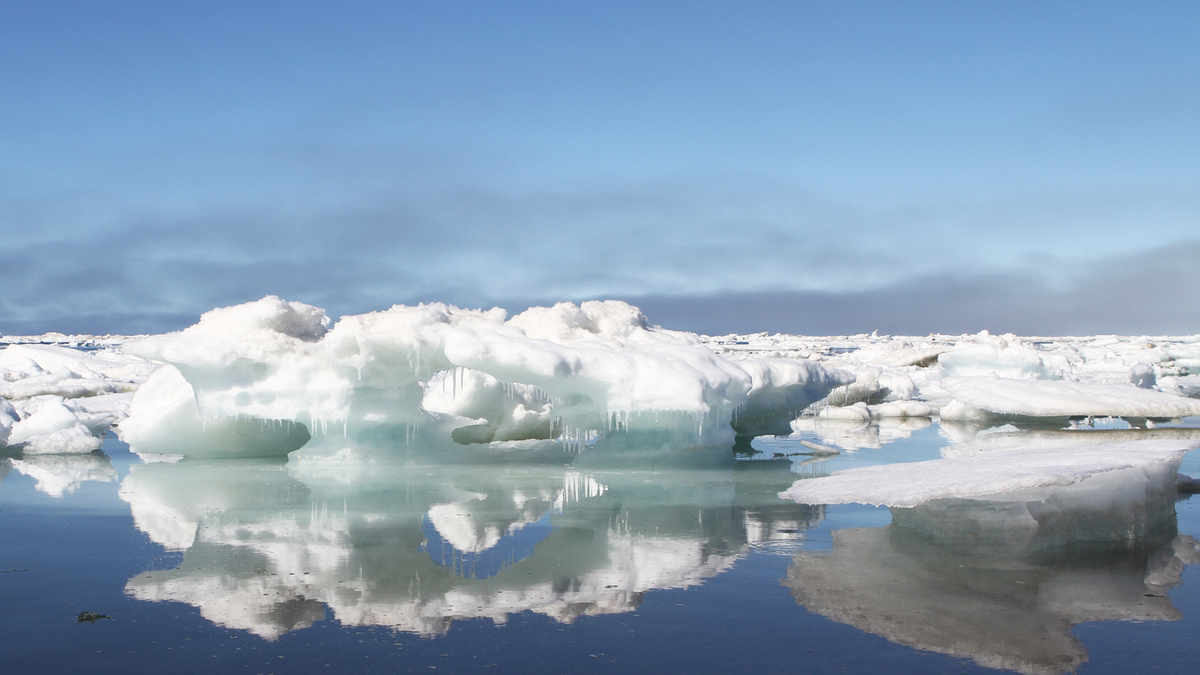 Sea ice melts off the beach of Barrow, Alaska, where Operation IceBridge is based for its summer 2016 campaign.

When scientists tallied the temperature readings from around the world last month, this is what they discovered:

"July, 2016 was the warmest month we have observed in our period of record that dates back to 1880," says Jake Crouch, a climate scientist at the National Oceanic and Atmospheric Administration.

And July wasn't a freak occurrence, he notes. The past 10 years have seen numerous high temperature records.

The temperature record for July is an average for the planet, Crouch explains. Some places were a bit cooler than normal — Siberia, for example. But other places were incredibly hot.

"A temperature in Kuwait on July 22 reached 126.5 degrees Fahrenheit according to an observation taken by the United States Air Force," Crouch says.

July's average temperature was only a tiny bit higher than the previous record, but a big jump from what was typical in the 20th century. And the U.S. has sizzled, by and large, along with the rest of the world.

"We can see that almost the entire contiguous U.S. was warmer than average for 2016 so far," Crouch says, "with a lot of that warmth situated over the northern tier and the West."

Scientists at NOAA and NASA agree that climate change is only part of the reason for the extra heat. Much of the world also experienced an El Niño this year — an occasional weather pattern that starts in the Pacific and spreads warm air over large parts of the world.

But El Niño's contribution to this year's heat was pretty much over in June, and the high heat is not waning.

Crouch says weather data predict continued record temperatures. This year, he says, "is very likely to be the warmest year on record for the globe."

All that heat has worsened the drought in California and the Southwest. NOAA scientists also note that parts of the Northeast are now suffering from serious drought.

The dry conditions have caused a busy wildfire season in the West, with the peak time for Western fires — September — still to come. And even without fire, the high temperatures draw moisture out of the ground, and that's damaging and killing trees in the West.

But no place is cooking like the Arctic, which has been warming at twice the rate of the rest of the world. Walt Meier, of NASA's Goddard Space Flight Center in Maryland, says conditions in the Arctic have changed drastically over the past 20 years — especially sea ice.

An animation of the Arctic sea ice from March 2016 to August.

"It's melting earlier," Meier says. "The ice is thinner, so it gets pushed around by the wind more. It's more broken up. It used to be more of a big sheet of ice, and now [we're seeing] chunks of ice."

The Arctic ice this year has shrunk almost as much as it did in 2012 — a year that saw the most severe melting to date. This has serious consequences. Without sea ice in the summer to reflect sunlight back into space, scientists explain, the Arctic Ocean heats up. That melts yet more ice, in a loop of heating and melting that feeds on itself. 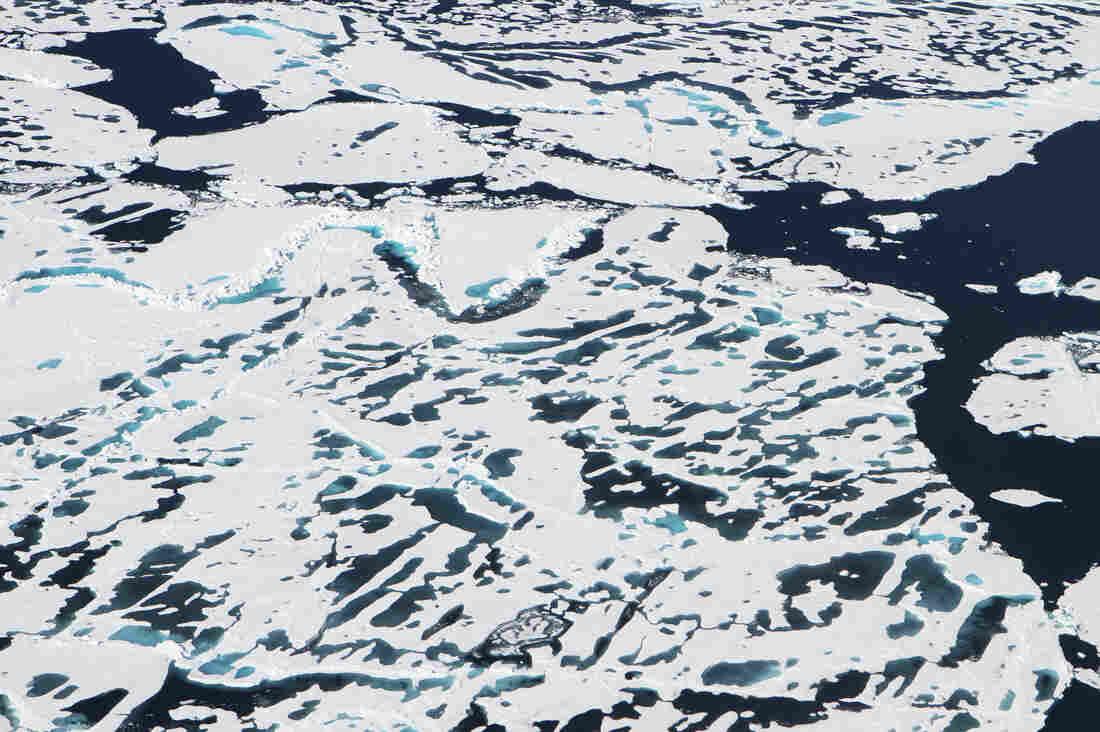 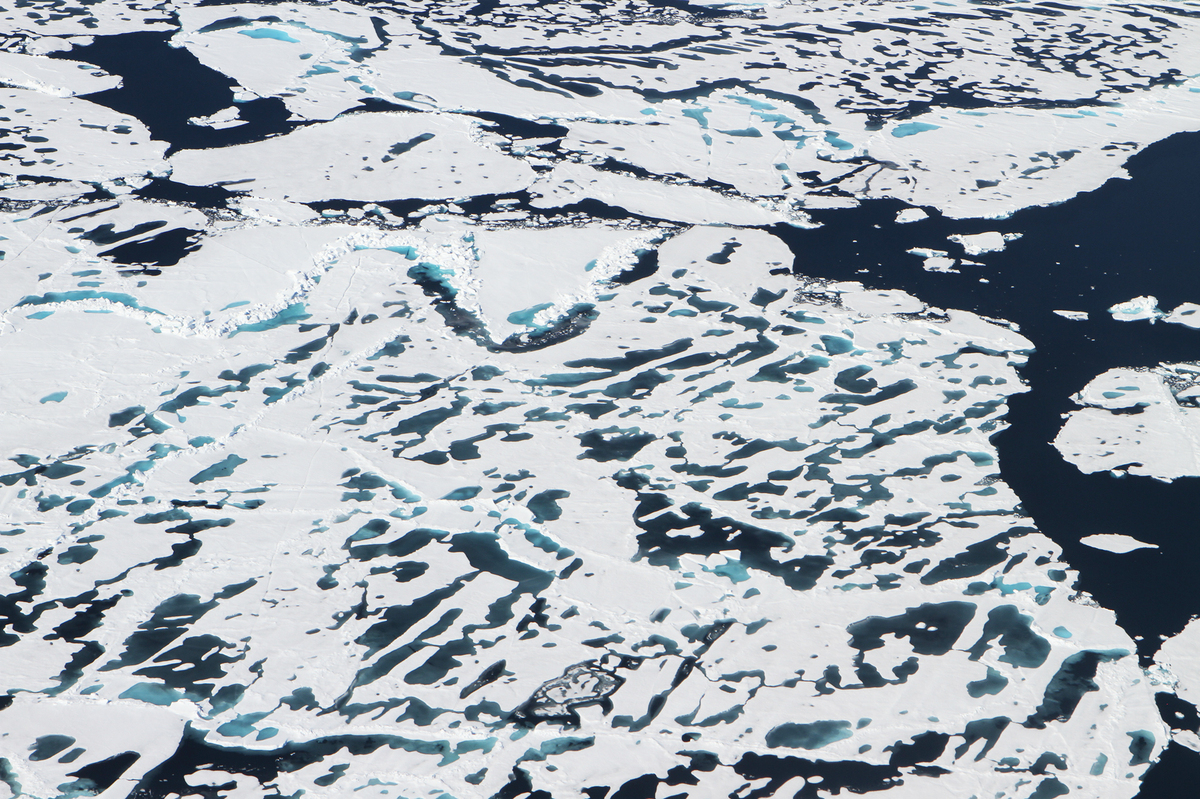 The terrain of Arctic sea ice changes during the summer months, as ridges and melt ponds form and ice floes break apart. A new NASA satellite called ICESat-2, expected to launch in 2018, will measure the height of sea ice year-round.

Oceanographers say it won't be long before Earth experiences an ice-free Arctic Ocean in the summer — it could happen in our lifetime. And that could affect the way currents circulate water around the Atlantic Ocean. The process of thermohaline circulation that brings warm water from the South Atlantic to the north, and transfers cold water toward the south, is influenced by how much sea ice it meets at high latitudes. That circulation is what keeps northern Europe warmer than it would be otherwise.

And a warmer Arctic also affects Earth's atmosphere in a way that influences the weather of the United States.

"There's emerging evidence that the warming in the Arctic related to the loss of sea ice [as well as atmospheric warming] is causing a loopier, kinkier jet stream," says Meier. That's the jet stream that carries air and moisture from the Pacific regions into the U.S. A warmer Arctic makes the jet stream's path less predictable.

In short, Meier says, the Arctic is the Northern Hemisphere's refrigerator. And someone, it appears, has left the door open.