Accessibility links
Amid Tribe's Protest, Construction Of Oil Pipeline In N. Dakota Halts — For Now : The Two-Way Members of the Standing Rock Sioux tribe says a crude oil pipeline set to span from North Dakota to Illinois could contaminate their drinking water and sacred lands.

Amid Tribe's Protest, Construction Of Oil Pipeline In N. Dakota Halts — For Now

Amid Tribe's Protest, Construction Of Oil Pipeline In N. Dakota Halts — For Now 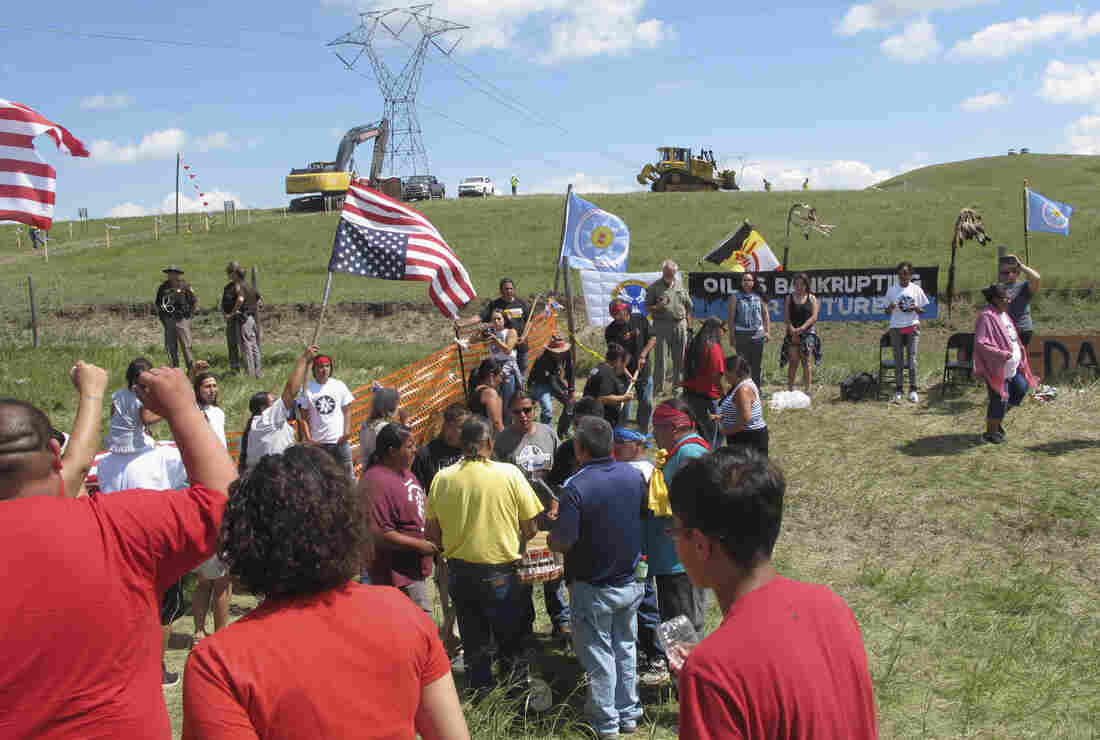 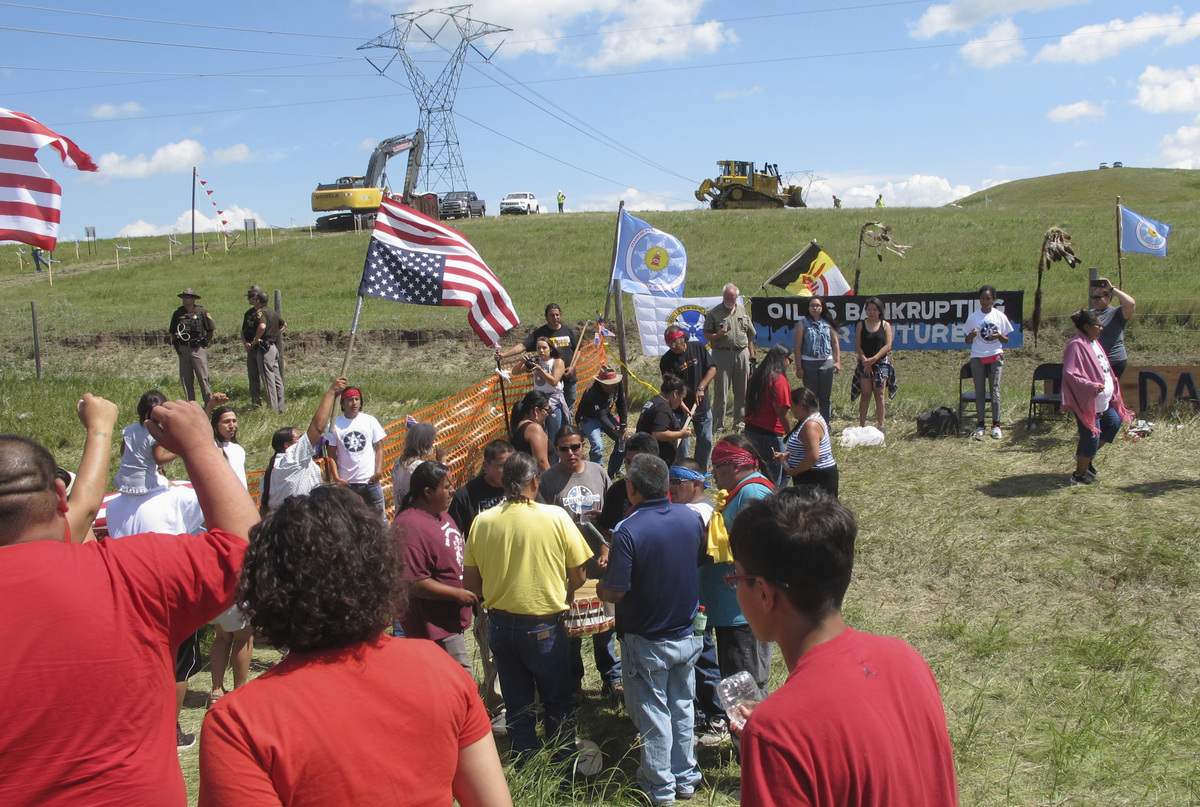 Construction of a controversial crude oil pipeline set to span at least 1,168 miles from North Dakota to Illinois has temporarily been halted in North Dakota amid protests by Native American tribes.

Members of the Standing Rock Sioux fear the pipeline could potentially contaminate their local drinking water and lands sacred to the tribe.

A spokesman for the company that is building the pipeline, Energy Transfer Partners, told The Wall Street Journal that "construction has been halted at the protest site" ahead of a court hearing next Wednesday, but that "it continues elsewhere."

In July, the environmental group Earthjustice filed a lawsuit on behalf of the Standing Rock Sioux tribe, seeking an injunction against the U.S. Army Corps of Engineers, which authorized the pipeline's construction. "The construction and operation of the pipeline, as authorized by the Corps, threatens the Tribe's environmental and economic well-being, and would damage and destroy sites of great historic, religious, and cultural significance to the tribe," the lawsuit states.

Construction on the controversial section of the pipeline started last week and is set to cross under the Missouri River just upstream of the Standing Rock Sioux Reservation, Prairie Public reported. The reservation itself "straddles the North Dakota-South Dakota border," wrote The Associated Press.

More than 1,500 protesters rallied this week near the reservation, according to the member station, including Tenille Bluebird of South Dakota's Rosebud Sioux Reservation. "If the oil comes through, there ain't going to be no water," she said.

Tensions have risen between the protesters and law enforcement, Prairie Public reported:

"Construction at the site is now halted. Law enforcement said some are carrying pipe bombs and guns. Twenty-eight protesters were arrested over the last week, including Standing Rock Chairman Dave Archambault. He's urging protesters to comply with the law.

When Sheriff Kirschmeier was speaking about "safety concerns" Thursday, he said, "There have been some instances where things have become unlawful. ... Things have been taken a little bit further every day."

As The Bismarck Tribune reported, "Dakota Access LLC, a partner of Dallas-based Energy Transfer Partners, countered the Standing Rock lawsuit earlier this week by filing a lawsuit against several protesters, alleging threats to the safety of construction workers and law enforcement."

The tribe maintains that the protests have been peaceful. "The position of our tribe is clear — There's no place for threats, violence or criminal activity," Arhcambault told reporters, as Prairie Public reported. "That is simply not our way."

According to the Journal, supporters of the pipeline argue that it is "sorely needed in North Dakota, where new oil pipelines lagged behind surging output in recent years" — which has led to a reliance on rail transport.

The pipeline has garnered the attention of environmental activists, and protesters have held recent rallies in New York and Bismarck.

As the Tribune reported, the demonstrators held signs during a rally Thursday in Bismarck that read, "No Dakota Access Pipeline" and "Rezpect our Water."

"We can't drink oil. Keep it in the soil," they chanted. 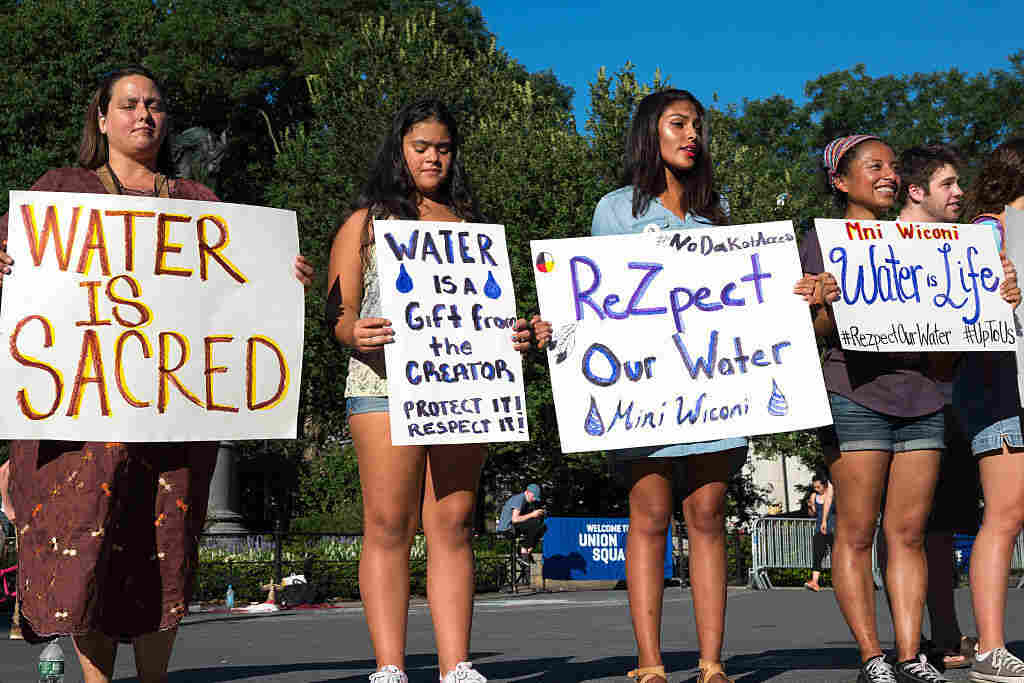 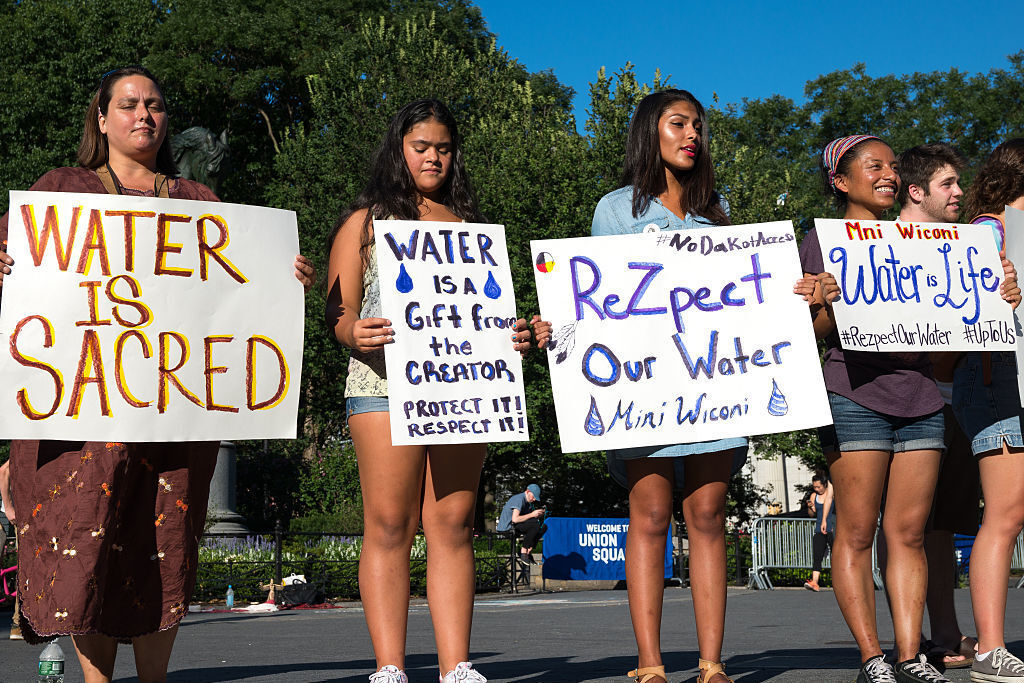