Accessibility links
#NPRreads: Gotta Catch These Reads This Weekend : The Two-Way Correspondents, editors and producers from our newsroom share the pieces that have kept them reading, using the #NPRreads hashtag. Each weekend, we highlight some of the best stories. 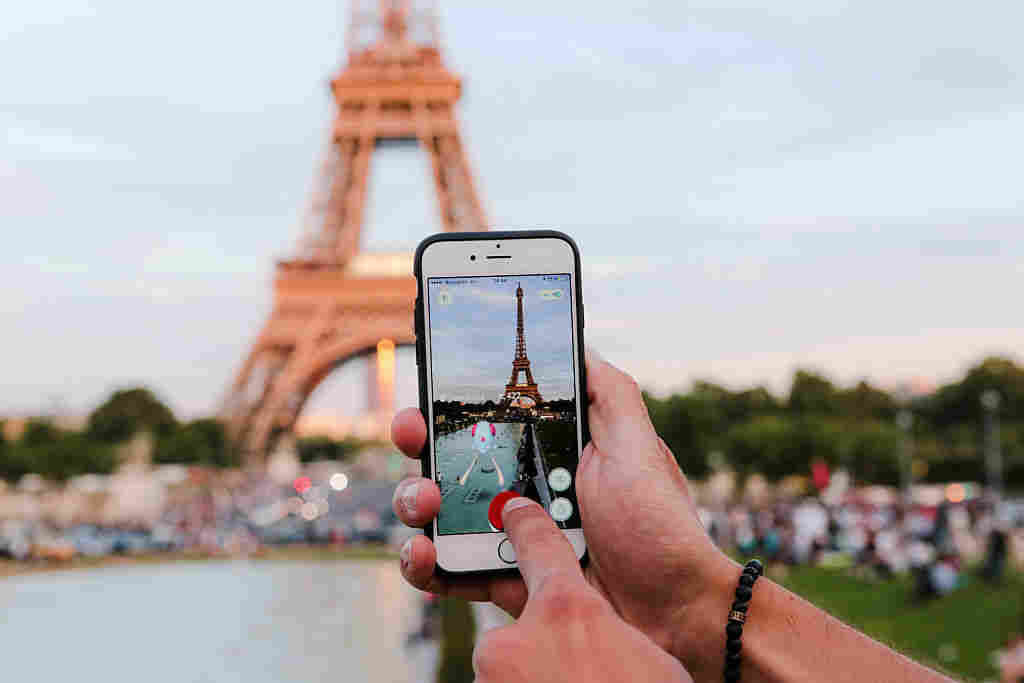 A man tries to catch a Pokémon while playing Nintendo's Pokémon Go augmented-reality game in front of the Eiffel Tower in Paris on Wednesday. Edward Berthelot/Getty Images hide caption 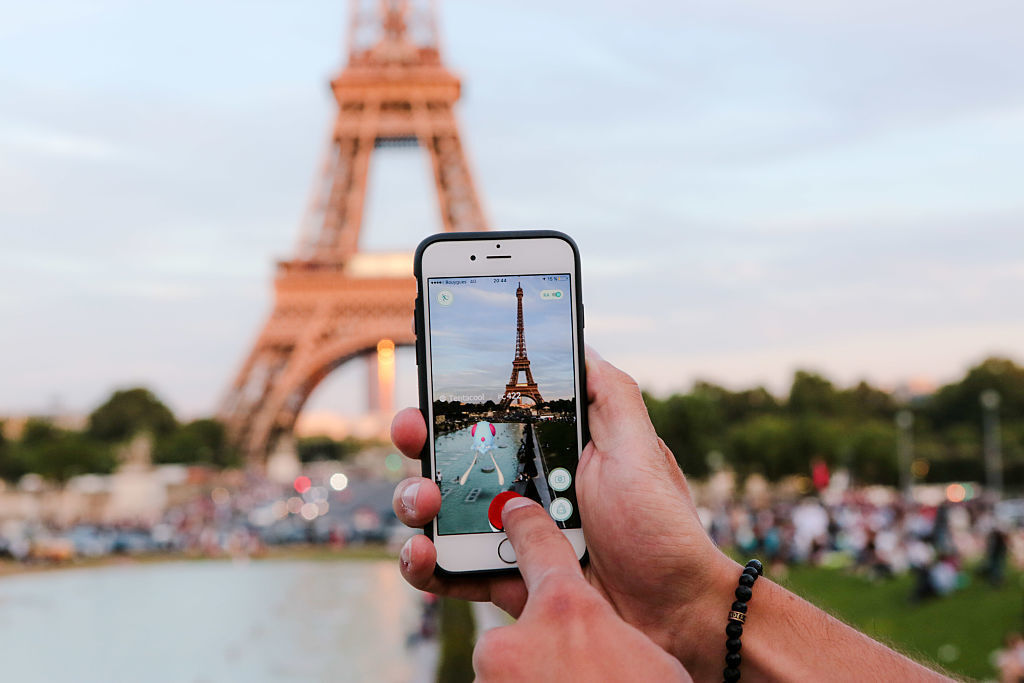 A man tries to catch a Pokémon while playing Nintendo's Pokémon Go augmented-reality game in front of the Eiffel Tower in Paris on Wednesday.

#NPRreads is a weekly feature on Twitter and in The Two-Way. The premise is simple: Correspondents, editors and producers from our newsroom share the pieces that have kept them reading, using the #NPRreads hashtag. Each weekend, we highlight some of the best stories.

I used to drive by Occoquan, a little town just off I-95 south of Washington. I'd think vaguely about stopping. I suspect a lot of others had the same idea, thinking about making a quick escape from the car fumes and blacktop.

I never had stopped.

We have heard a lot about the Pokémon Go phenomenon — restaurants and others taking advantage of the crowds of people searching for the digital creatures — while homes, churches, parks and museums found the game players unwelcome guests.

But this piece showed how the game can impact a whole community overnight.

This was a local story that does what the best local stories do: illuminate a broader trend by going deep, painting a portraits in shades and shadows, rather than just a sketch.

The article points out that the town normally "employs just one policeman." And with the Pokémon craze, they have had to pay for more security. What the town has to deal with now is nothing short of a daily concert — trash, noise, people, parking. Imagine if your town suddenly became the place for a baseball game, every night, all night.

Wow. This is an enthralling read on murder and Munchausen by proxy #NPRreads https://t.co/6VvxA9NjUP

There's currently a lot of material out there if you're a true-crime junkie. The first season of Serial kept people glued to their phones and other listening devices; Making a Murderer was binge-watched throughout last year's holiday season; and simply perusing the "crime" tag on Longreads will give you story after story after story.

With such a saturated market, you'd think it'd be difficult to find an article that can still shock, but Michelle Dean is able to do just that with this twisted story from BuzzFeed about a complicated relationship between a mother and daughter that led to lies and murder in the Missouri Ozarks. A quote from the Springfield, Mo., sheriff who worked the case sums it up best: "Things are not always as they appear."

I'm not certain the average reader of NPR on our digital platforms is as into Madden NFL Football as others, but this isn't a story about football. In fact, Chris Plante of The Verge avoids nearly any discussion of the sport in his story about how the generation-long franchise sells itself when updates to a game that doesn't change much aren't enough to keep gamers coming back.

This story is about the marketing of Madden and its progressive absurdity the past few seasons. At the very least, you should be half entertained, and half puzzled over Madden's ads. I mean, it's not every day you get to see the Super Bowl MVP dance to a Justin Bieber-like remake.