Accessibility links
Gaziantep Wedding Bombing: Turkish Officials Say At Least 22 Killed, 94 Injured : The Two-Way The blast ripped through the celebration in the southeastern Turkish city of Gaziantep on Saturday. The Turkish deputy prime minister says the attack appears to have been the work of a suicide bomber. 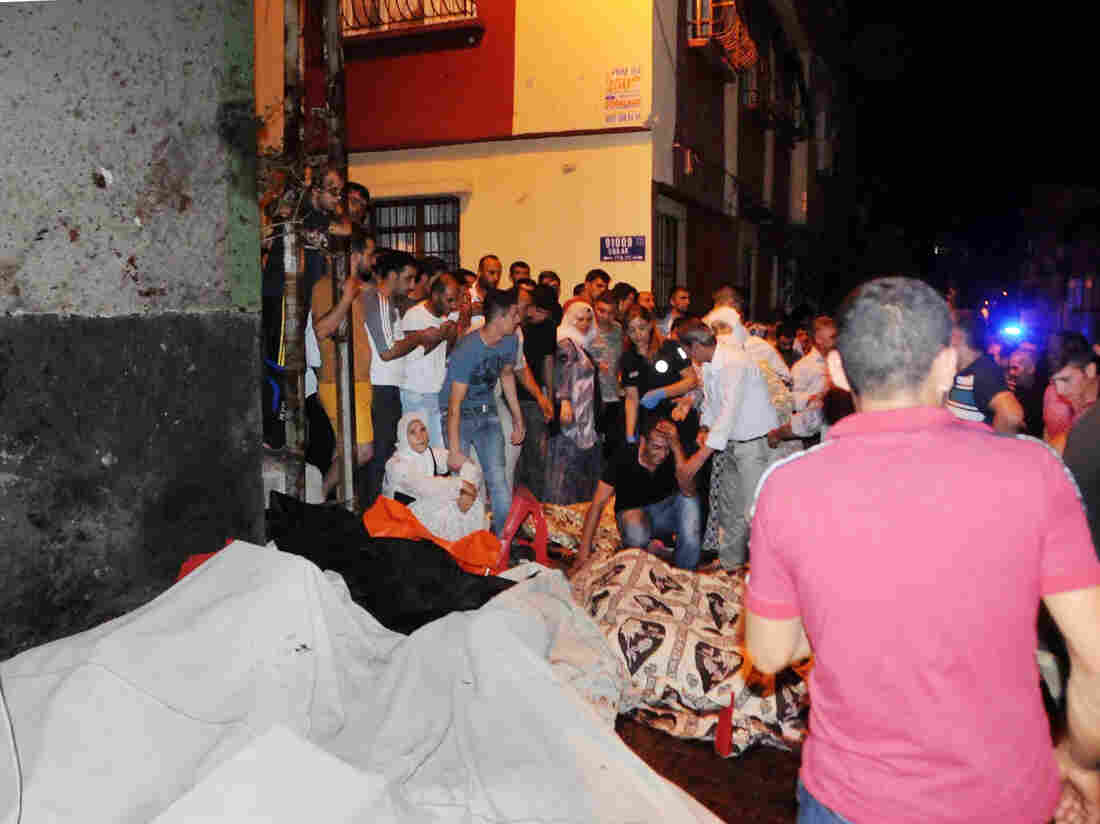 People react after an explosion in Gaziantep, southeastern Turkey. Gaziantep province Gov. Ali Yerlikaya said the deadly blast, during a wedding near the border with Syria, was a terror attack. Eyyup Burun/AP hide caption 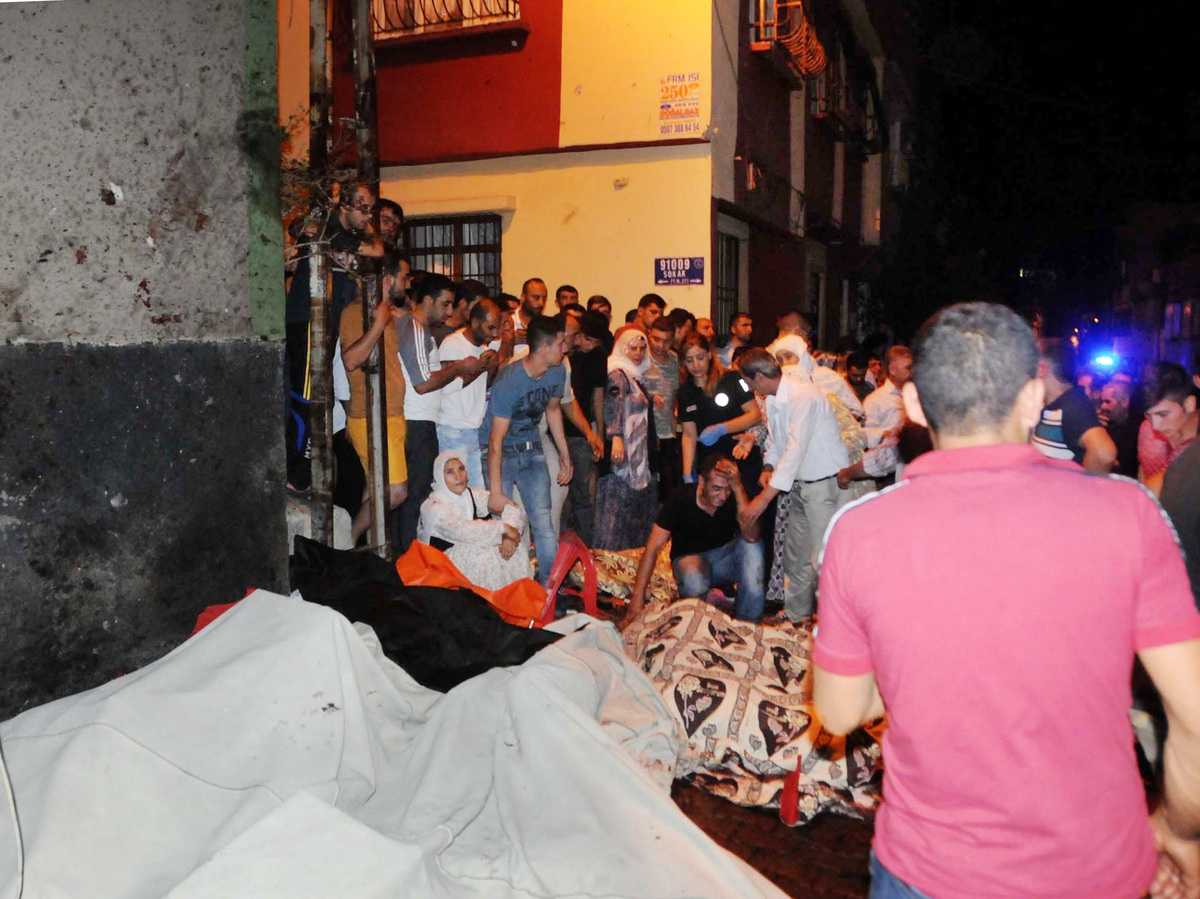 People react after an explosion in Gaziantep, southeastern Turkey. Gaziantep province Gov. Ali Yerlikaya said the deadly blast, during a wedding near the border with Syria, was a terror attack.

A blast tore through a wedding ceremony in the southeastern Turkish city of Gaziantep on Saturday, according to local officials. The Gaziantep province governor's office said that at least 54 people were killed, and at least 66 more were injured, 14 of them critically.

Monday, a government official said at least 22 of the victims were under the age of 14.

The attacker was their contemporary. Turkish President Recep Tayyip Erdogan says "a suicide bomber aged between 12 and 14 was involved in the attack, adding the bomber either blew himself up or was remotely detonated," according to Turkey's Anadolu News Agency.

For our NewsCast unit, NPR's Peter Kenyon reports that, while no one has immediately claimed responsibility, authorities believe it to be the work of one group in particular.

"Turkish media quoted officials as saying it appeared to be an attack by the Islamic State. U.S.-backed Syrian rebel groups have been seizing territory from ISIS near the Turkish border recently.

"Turkish security forces have also been rounding up suspected ISIS supporters in several parts of Turkey, including Gaziantep."

A Month After Turkey's Failed Coup, Taking Stock Of A Sweeping Purge

The young age of the attacker "adds another layer of shock to the attack," as Peter reports. "The President didn't explain how police could know the age of the bomber so soon after the attack."

The Associated Press notes that in a television interview, Turkish Deputy Prime Minister Mehmet Simsek called it a "barbaric attack." He continued: "All terror groups, the PKK, Daesh, the (Gulen movement) are targeting Turkey. But God willing, we will overcome."

ISIS, which is also known as Daesh, has not been the only source of violence in Turkey recently. The PKK, the Kurdistan Workers Party, has also been targeting police and military facilities in Turkey. As Peter reports, "The PKK resumed its long-running conflict against the Turkish military in July 2015, after more than two years of reconciliation talks broke down."

And Turkish President Recep Tayyip Erdogan has detained more than 40,000 people and arrested more than 20,000 since a coup attempt failed to oust him from power last month. Erdogan blames the attempt on Fetullah Gulen, a Pennsylvania-based cleric who has denied any involvement.

For now, though, Turkish officials are forcefully denouncing Saturday's violence.

"We wish God's mercy for those who have lost their lives in this cruel attack, and for the injured, a quick recovery," the Gaziantep governor's office said in its statement, according to Reuters. "We strongly condemn this cruel terror attack and those carrying it out."