Accessibility links
Brother Of Omran Daqneesh, Bloodied Syrian Boy In Viral Image, Has Died : The Two-Way Images of 5-year-old Omran Daqneesh, stunned after he was pulled from the rubble in Aleppo, have resonated worldwide. Activists say his brother was injured in the same airstrike and later died. 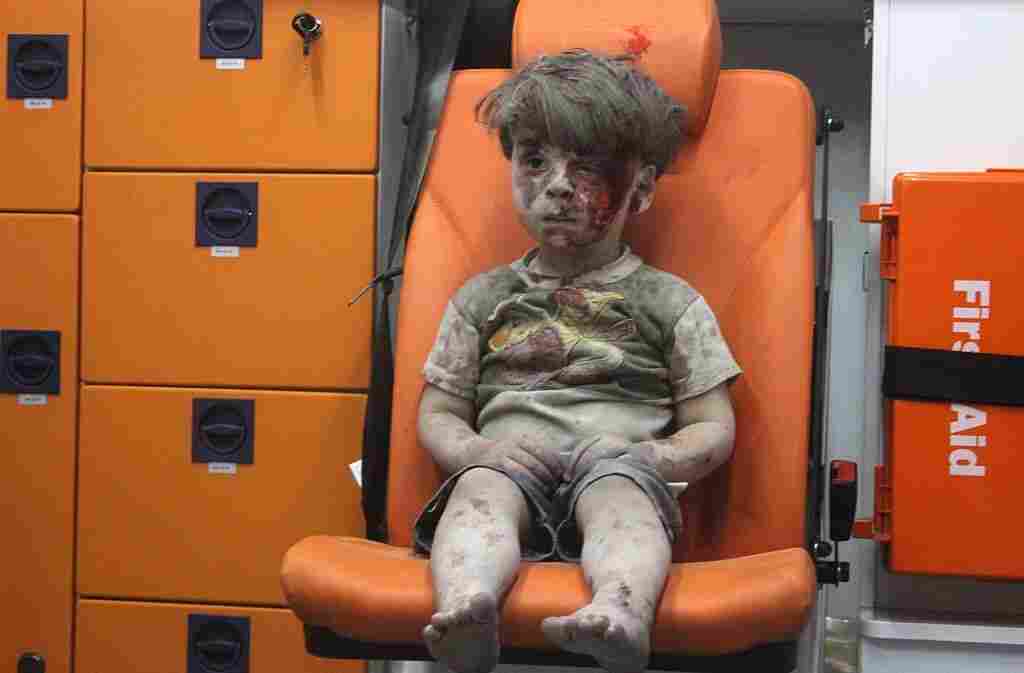 Wounded 5-year-old Omran Daqneesh sits alone in the back of the ambulance after he was injured during airstrikes targeting Aleppo, Syria, on Wednesday. Anadolu Agency/Getty Images hide caption 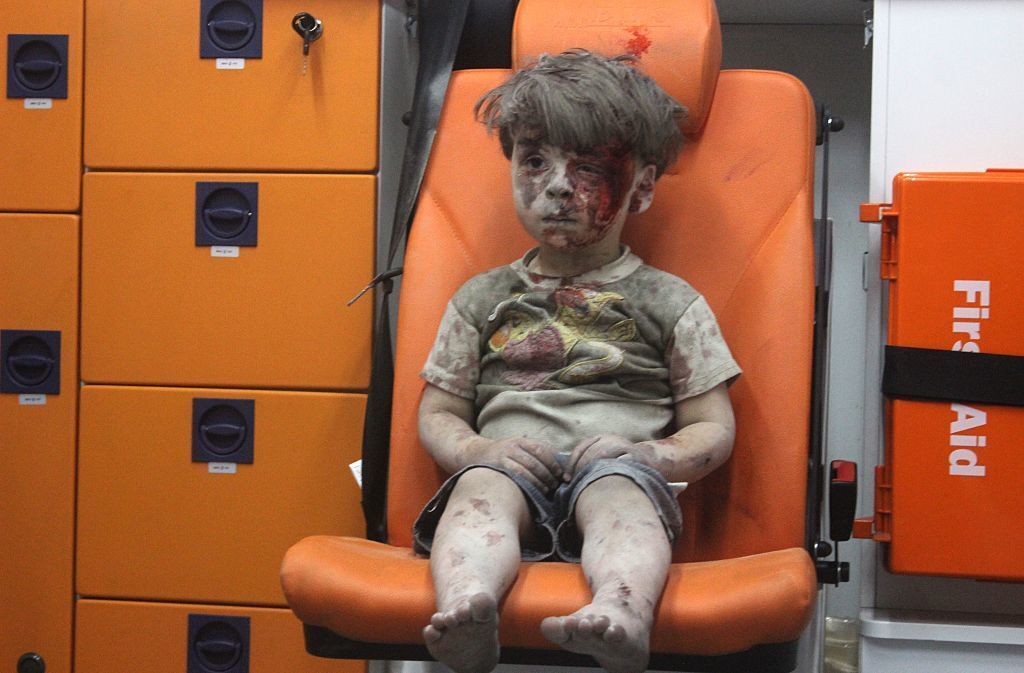 Wounded 5-year-old Omran Daqneesh sits alone in the back of the ambulance after he was injured during airstrikes targeting Aleppo, Syria, on Wednesday.

Images of 5-year-old Omran Daqneesh, bloodied and stunned after he was pulled from the rubble in the Syrian city of Aleppo, have become a new symbol of Syria's suffering and resonated worldwide.

Now, opposition activists say his older brother Ali has been killed. According to the Syrian Observatory for Human Rights, Ali was wounded during an aerial bombardment earlier this week and has since died as a result of his injuries.

"He was martyred while in hospital as a result of the same bombardment that their house was subjected to," local council spokesman Besher Hawi told Reuters. A doctor identified as Abu Rasoul appeared in a video released by the Aleppo Media Center, an activist network, and also confirmed 10-year-old Ali's death.

Video of his brother Omran in an ambulance in the immediate aftermath of the attack has now become iconic.

As we've reported, Omran appears dazed and still as he sits in a bright orange seat. He wipes blood from his face and seems unsurprised by it.

"The little boy looks tragically resigned to the bombs, blood, and screams that run through his world," as NPR's Scott Simon commented. "Aleppo has been besieged by war for almost all his life."

Morning Edition's Noor Wazwaz reached Mohamad al-Ahmed Aburajab, a nurse who treated Omran. "His blood pressure was very low. ... We took care of the wound and stitched it. ... Omran was not speaking at all ... [but] after about two hours, [he] was back to normal and we thank God," Mohamad said.

The powerful video "has already been viewed 3.4 million times and has taken on a life of its own," as NPR's Malaka Gharib reported. "In just 48 hours, Daqneesh's image turned into a social media meme, inspired a cartoon illustrating the tough choices that Syrian children face, and was used to express outrage against the Syrian war."

Activists stress that this case is not unique — children are injured and killed every day in Aleppo. The Syrian Observatory for Human Rights has documented 468 civilian deaths in the embattled, divided city since July 31. It says 100 of them were children.