Accessibility links
Stanford Bans Hard Liquor From On-Campus Parties, Limits Bottle Sizes : The Two-Way The change in policy, following a high-profile sexual assault, was swiftly criticized by those who believe it focuses on the wrong issue. 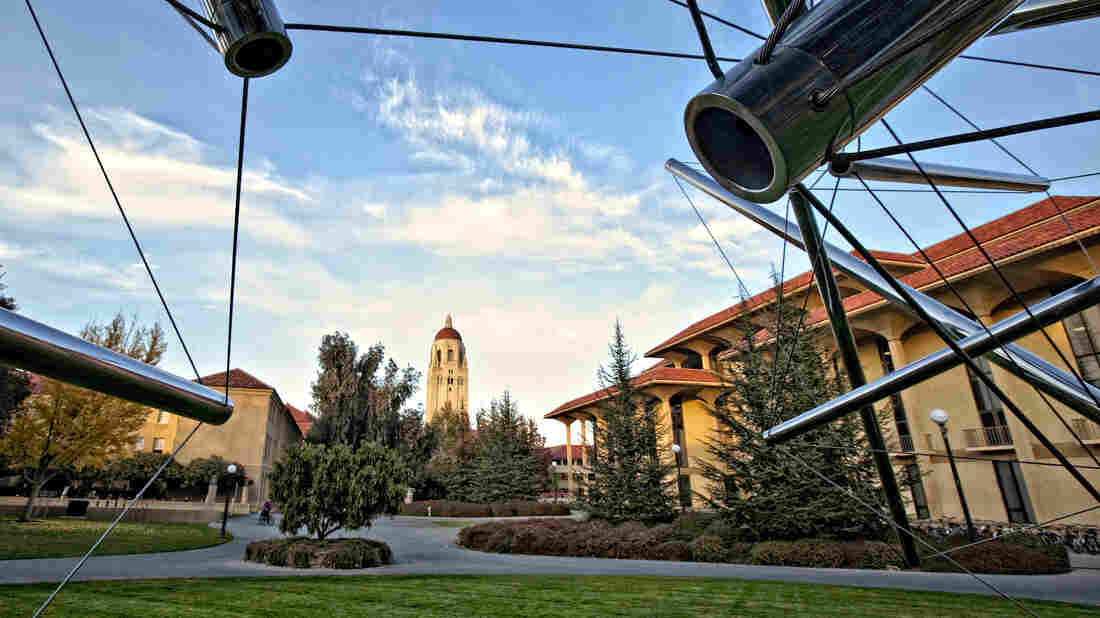 Hoover Tower is seen through a sculpture by Kenneth Snelson on the campus of Stanford University in Palo Alto, Calif., in 2009. Chip Chipman/Bloomberg via Getty Images hide caption 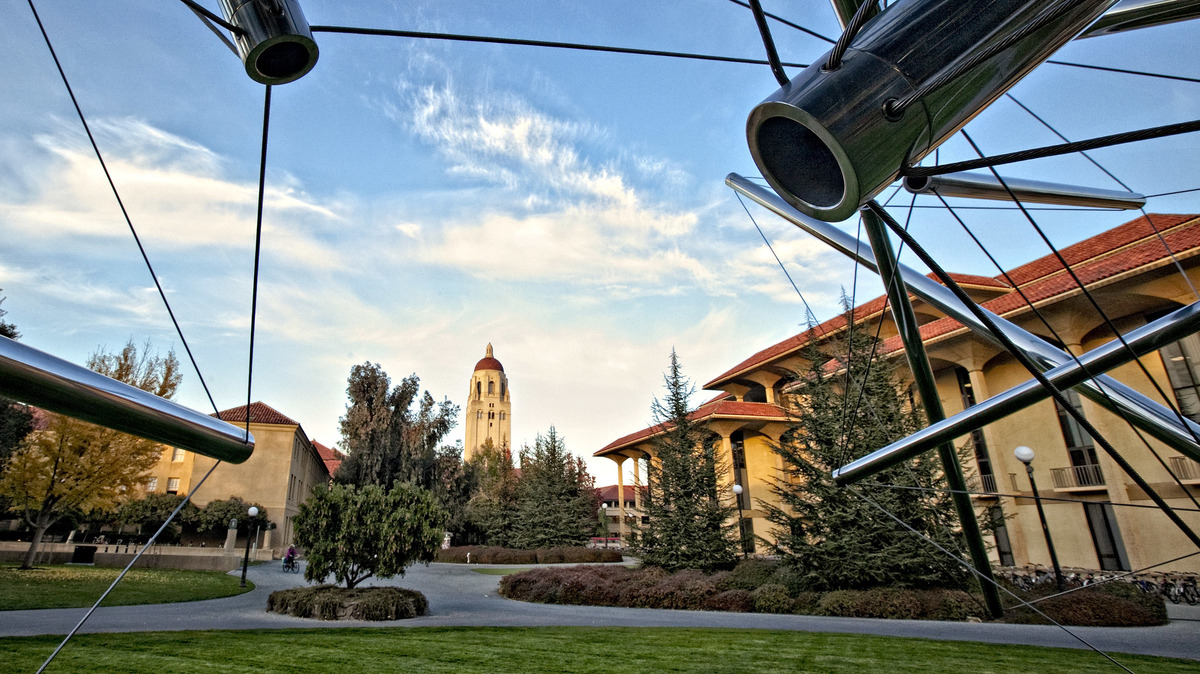 Hoover Tower is seen through a sculpture by Kenneth Snelson on the campus of Stanford University in Palo Alto, Calif., in 2009.

As Stanford undergrads get ready for the fall semester, the university's administrators have issued a new mandate: Pack your books and calculators, but leave the fifths and handles at home.

On Monday, just over a month before classes resume, the university announced a set of changes to its alcohol policy.

Hard liquor will now be completely banned from on-campus parties — unless the party is hosted by groups exclusively for graduate students, and in that case, only mixed drinks are allowed. "Straight shots of hard alcohol are never allowed at any party," the school says.

Beer and wine are still allowed.

And in dorms, individual students (provided they're 21 and over) will be allowed to have liquor — but only in bottles smaller than 750 mL.

Violating the policy could prompt "administrative action" and could result in people being kicked out of on-campus housing.

In its statement, Stanford called this "a sensible, creative solution that has roots in research-based solutions." Administrators say they are aiming not to prohibit alcohol, but to limit high-risk behavior, specifically. They believe limiting bottle sizes will have that effect:

Stanford spokeswoman Lisa Lapin tells NPR that her office is not aware of any other college that has instituted a bottle-size limit on hard alcohol.

But Stanford is far from the first school to restrict liquor on campus. Bowdoin, Bates, Colby and Notre Dame have all had bans in place for more than six years.

Dartmouth banned hard liquor entirely at the beginning of 2015, while the University of Virginia established rules limiting hard liquor at large Greek parties to events with a hired bartender.

Both Dartmouth and U.Va. announced their policy changes in the wake of high-profile sexual assault allegations.

During the case, Turner blamed his behavior on drinking. "I made a mistake, I drank too much, and my decision hurt someone ... my poor decision making and excessive drinking hurt someone that night," he said in a statement. "I've been shattered by the party culture and risk taking behavior that I briefly experienced in my four months at school."

In a letter that went viral, the woman Turner assaulted repeatedly pointed out that drinking was not Turner's crime: It was assault.

"You were not wrong for drinking. Everyone around you was not sexually assaulting me. You were wrong for doing what nobody else was doing," she said, before graphically describing the assault. "Why am I still explaining this."

"You realize, having a drinking problem is different than drinking and then forcefully trying to have sex with someone?" she said.

On Twitter, two Stanford professors expressed frustration with the announcement of the alcohol policy change, specifically that it was announced in the wake of sexual assaults but addresses drinking instead of consent.

Alcohol must be in bottle small enough so you can use it "secretly" so @Stanford isn't blamed when you rape someone. https://t.co/wlbTZ25OhK

#Stanford: not solving the problem, but solving a problem that, when you squint, is sorta kinda next to that problem https://t.co/to6JIUI2LE

Lapin, the campus spokeswoman, says the concern over high-risk drinking at Stanford goes back "many months." She pointed to a letter from the president and provost in March that mentions alcohol poisoning and academic problems, as well as sexual assault, as reasons for the college's concern over alcohol misuse.

Meanwhile, the judge who gained infamy in the Brock Turner case has made headlines again.

Aaron Persky recused himself from a different sex-related case, in which he was due to decide whether to reduce a felony conviction for possession of child pornography to a misdemeanor.