Accessibility links
Turkey Launches Airstrikes, Artillery Fire In Cross-Border Incursion Into Syria : The Two-Way Turkey's offensive is the largest military mission of its kind in the Syria conflict to date. It was intended to clear ISIS militants from territory along the border. 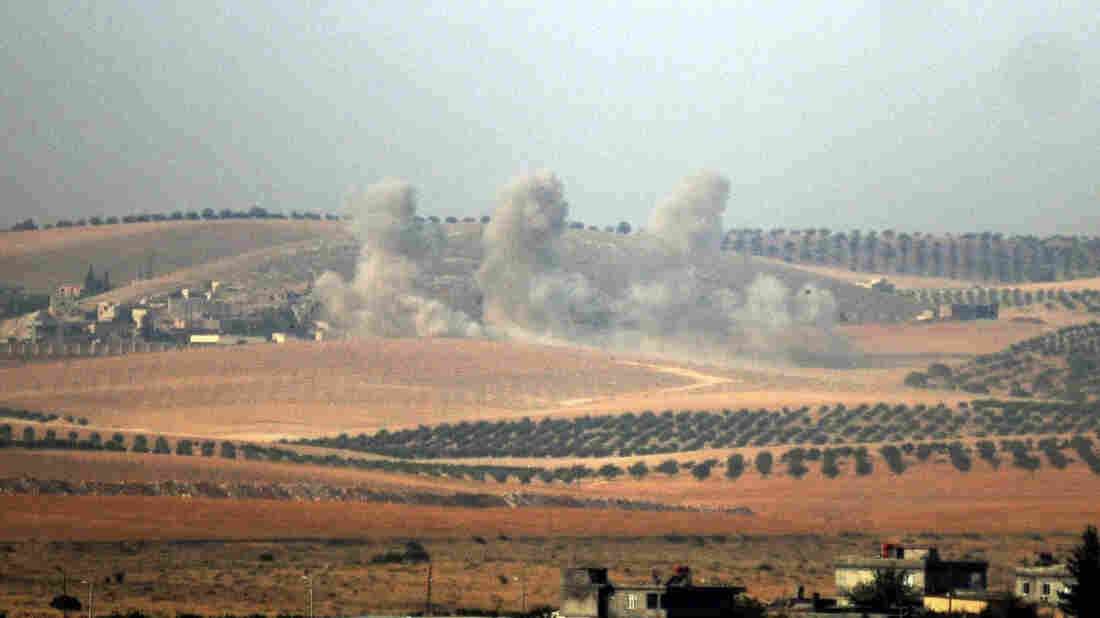 Smoke billows in the Syrian border area, photographed Wednesday from across the border in Karkamis, Turkey. AP hide caption 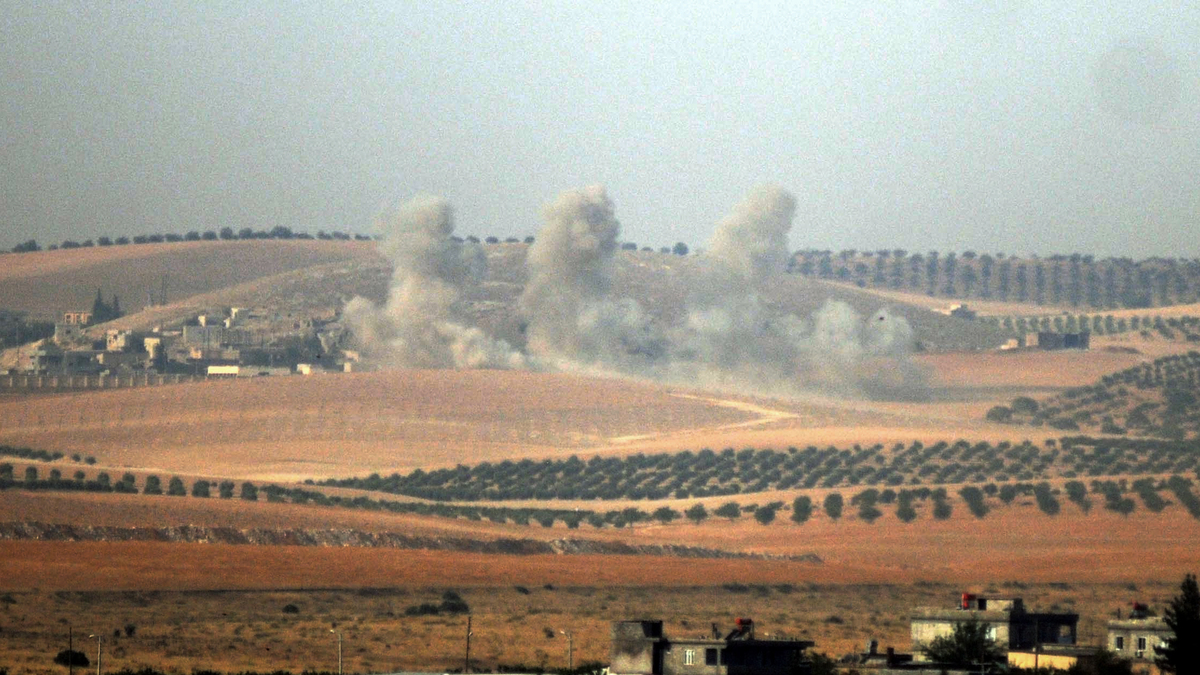 Smoke billows in the Syrian border area, photographed Wednesday from across the border in Karkamis, Turkey.

Turkish troops crossed into Syria early Wednesday, carrying out airstrikes and launching artillery fire to clear ISIS militants from a border area in coordination with the U.S.-led coalition.

The offensive is Turkey's largest military mission of its kind in the Syria conflict. It comes days after Turkish President Recep Tayyip Erdogan blamed the militant group, also known as Daesh, for a suicide bombing at a wedding on Saturday in Gaziantep, near the Syrian border, that killed at least 54 people.

"Turkish artillery unleashed a major barrage into northern Syria, and then Turkish F-16s took off. They fired airstrikes on Islamic State targets from the border area as far as Aleppo, we're told.

"State media says Turkish special forces entered Syria on the ground, and TV footage that I'm seeing looks like it's showing Turkish tanks operating across the border as well. So this is a U.S.-led coalition operation, they're trying to clear ISIS from the border, but it's with unusually heavy Turkish participation."

The initial focus has been an ISIS-held border town called Jarablus, Peter reports. "Hundreds of Syrian opposition fighters" also took part in the Jarablus offensive, according to The Associated Press.

Citing Turkey's foreign minister, Peter says the offensive is "not going to stop right there at the border." And Turkish Foreign Minister Mevlut Cavosoglu says his country "will provide any necessary contribution to cleanse Daesh from our neighbors Iraq and Syria."

Erdogan says Wednesday's operation was in response to the "threat posed by terror groups like Daesh and the PYD," referring to a U.S.-backed Syrian Kurdish group that has been battling the Islamic State. As the state-run Anadolu News Agency reports, Erdogan "stressed that both Daesh and the PYD threatened Turkey from northern Syria and said neither terror groups nor their supporters stood a chance against the unity and solidarity of Turkey."

That underscores the complicated diplomatic environment the U.S. is navigating as it targets ISIS in Syria. "Wednesday's dual-purpose operation puts Turkey on track for a confrontation with the U.S.-backed Kurdish fighters in Syria, the most effective fighting force against IS in the area," as The Associated Press reports.

This isn't the first time Turkey has sent troops across the border. As NPR reported, Turkish armored vehicles crossed into Syria in February 2015 on a rescue mission to evacuate Turkish troops that were guarding a shrine near Aleppo that held the body of Suleyman Shah, who was the grandfather of the first Ottoman sultan.

Meanwhile, Vice President Biden is visiting Turkey, in what is the highest-level U.S. trip to the country since a failed coup attempt last month.

Relations between the U.S. and Turkey have been tense, because Turkey blames that failed coup on Fethullah Gulen, a cleric based in Pennsylvania. Gulen denies any involvement in the attempt, and the U.S. has thus far rejected Turkey's extradition requests.

"There's been a big spike in anti-American sentiment here, and it's not being discouraged by the government; some say it's actually encouraging it," Peter reports. "So this visit is really a chance to show that the Turkish-American relationship is a long-running one, it's suffered through some rough patches in the past and has always come through."

But diplomats on both sides have told Peter that the state of the relationship is "the worst they've seen it in decades."