Accessibility links
Filipino Fisherman Reveals 75-Pound Pearl He Kept Hidden For A Decade : The Two-Way The fisherman's family says he found the pearl inside a giant clam near the island of Palawan and kept it under his bed. If confirmed, it would be far and away the largest natural pearl ever found. 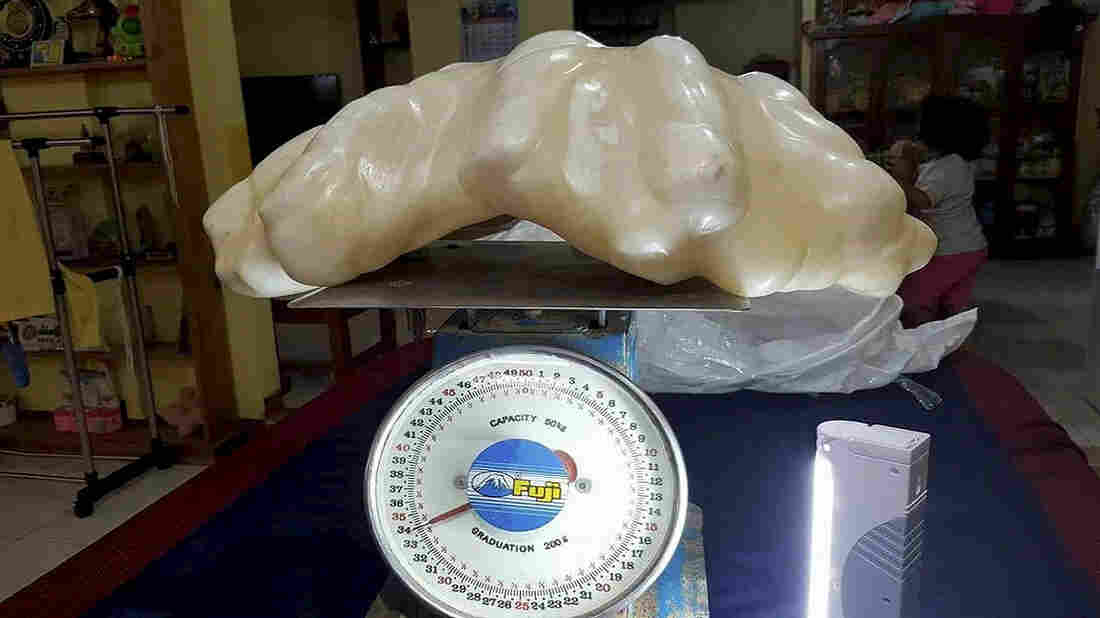 This giant pearl could be the biggest ever found in the world. The pearl reportedly weighs about 75 pounds and was discovered by a fisherman 10 years ago. Aileen Cynthia Amurao/SWNS.com hide caption 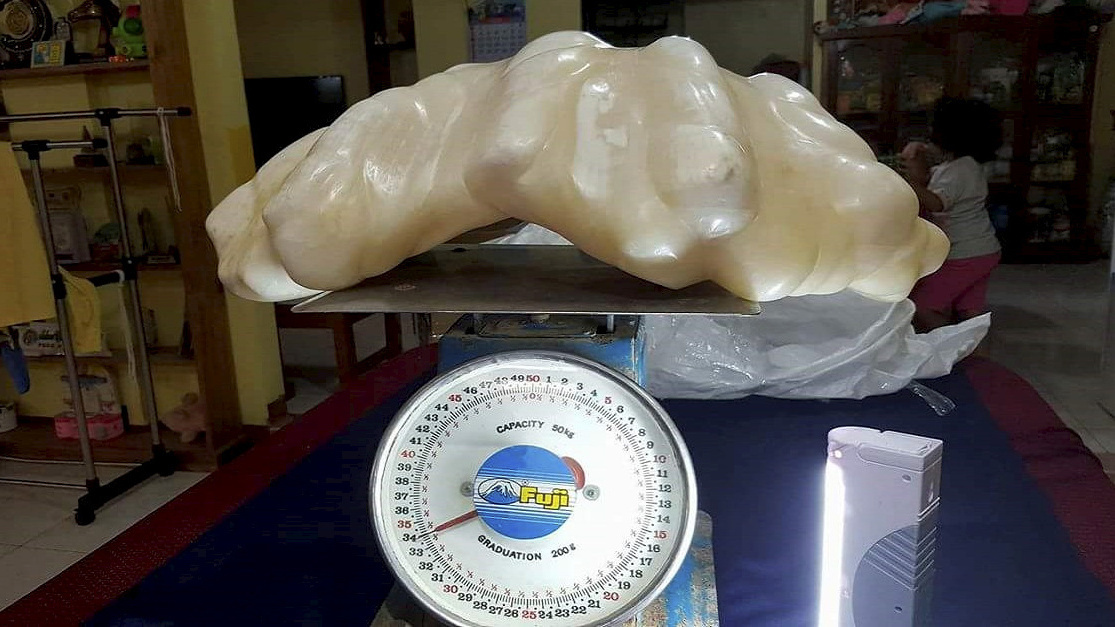 This giant pearl could be the biggest ever found in the world. The pearl reportedly weighs about 75 pounds and was discovered by a fisherman 10 years ago.

A fisherman in the Philippines might have discovered the largest natural pearl ever found — and then kept it hidden under his bed for 10 years.

The pearl's existence was revealed by Aileen Cynthia Maggay-Amurao, a tourism officer in Puerto Princesa, on the island of Palawan.

She says the fisherman is one of her relatives and that he discovered it in a giant clam and kept it as a good-luck charm.

When he was moving out of his home, he decided to give the pearl to Maggay-Amurao for safekeeping instead of transporting it with him — "since it's quite heavy," she told The Guardian.

In fact, the pearl weighs in at 34 kilograms, Maggay-Amurao says — or approximately 75 pounds.

It's more than 2 feet long and 1 foot wide, CNN reports.

That would make it far and away the largest natural pearl ever found in a giant clam. The current world record is held by another pearl found off the coast of Palawan — "The Pearl of Allah" or "Pearl of Lao Tzu," which was discovered in the '30s and cost a diver's life to retrieve.

That pearl, which the Guardian says was valued at $93 million in 2003, weighs 14 pounds — a fraction of the size of the newly revealed pearl.

The 75-pound pearl is now on display in the city hall of Puerto Princesa; the local government has dubbed it the "Pearl of Puerto."

Maggay-Amurao, who says she persuaded her relative to display the pearl instead of hiding it, has called for gemologists to visit Puerto Princesa to examine the pearl for authenticity and an estimate of its value.

A spokesman for the Puerto Princesa government says the fisherman who found the pearl hasn't signed it over to the city, Agence France-Presse reports. "It remains his property," the spokesman says, confirming that the man could be in for an extraordinary windfall.