Accessibility links
WATCH: Squishy 'Octobot' Moves Autonomously : The Two-Way The robot designed by a team from Harvard University moves without the help of any rigid parts. Researchers say it is the first proof-of-concept design for an entirely soft, autonomous machine. 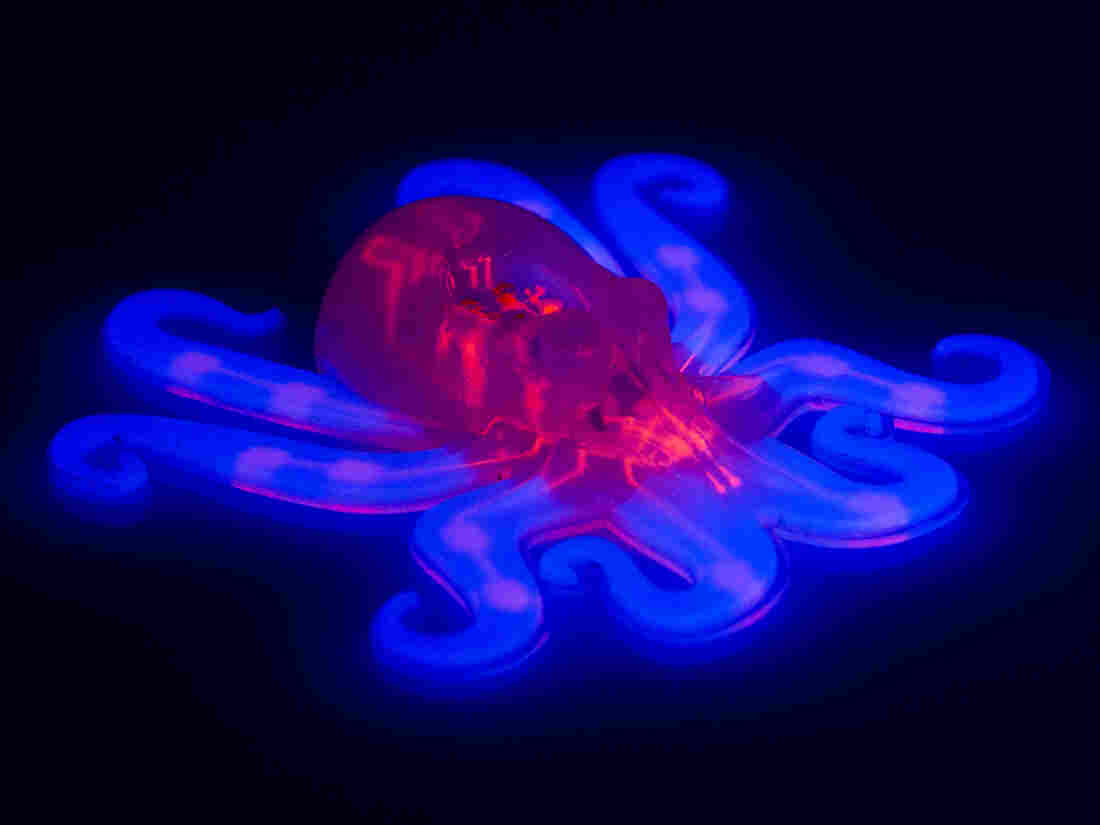 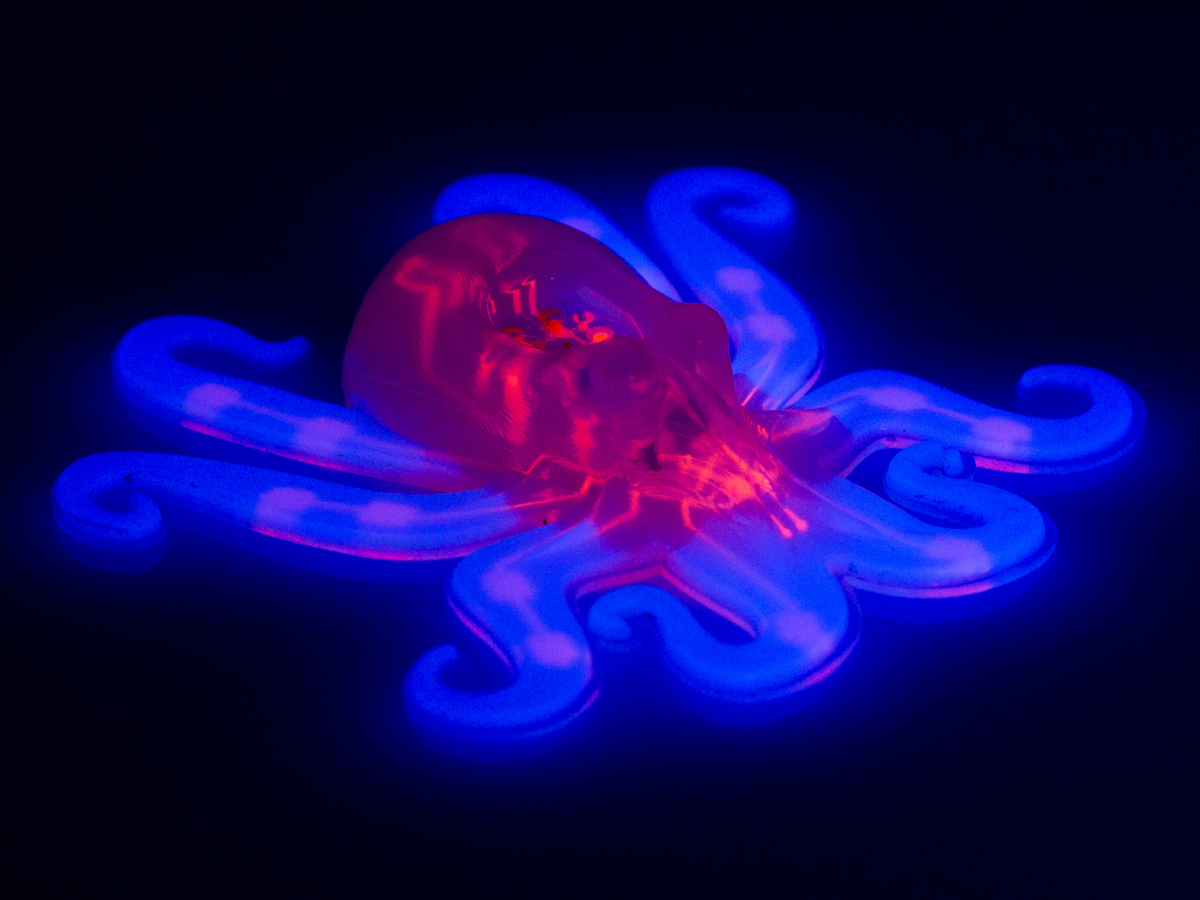 A pneumatic network, in red, is embedded within the octobot's entirely soft body and elastic arms, in blue.

They call it the octobot.

The squishy eight-legged robot described in the journal Nature is made entirely out of soft, flexible materials, runs on hydrogen peroxide, and looks like a 2-centimeter-tall baby octopus.

It is a step forward for robotics, which has long relied on machines with hard skeletons (think The Terminator), or at least with rigid moving parts (like this other octopus-like guy designed by the Italian robot scientist Cecilia Laschi).

In their paper, the authors say the systems behind their invention, which you can watch move in the video below, "may serve as a foundation for a new generation of completely soft, autonomous robots."

Here are the basic steps to build a squishy robot that runs on a household disinfectant.

First, build the robot brain. In this case, the logical engine of the machine looks like a flexible silicone wafer about a millimeter thick. On top of the wafer are a series of microscopic fluid channels connected into a circuit, kind of like a computer circuit board that controls liquid instead of electricity.

Next, the brain needs a body. The robot engineers took the wafer brain and put it into a mold shaped like a little octopus, which is the animal that inspired the design. Then they used 3-D printing and lithography to lay down multiple squishy materials that became the body and legs of the robot. On the top side of the legs, the material is very elastic, which allows the legs to curl up.

Lastly, the body needs fuel. The octobot runs on a 50 percent hydrogen peroxide solution, which is much stronger than the consumer product; the over-the-counter concentration is usually less than 5 percent. The peroxide fuel goes into two tiny reservoirs in the body of the robot, where it flows into the channels of the "brain." As it reacts with platinum in the walls of the channels, the fluid breaks down into water and oxygen gases.

This video shows what the chemical reaction looks like when two different concentrations of hydrogen peroxide break down into gases.

The gases take up about 160 times more space than the liquid fuel did, and as they move through the channels and out into the legs, the legs bend to accommodate the gas. Right now, the octobot can flex and unflex its legs for for four to 8 minutes on 1 milliliter of fuel.

And that's it: the robot isn't designed to do anything in particular. It's an early proof-of-concept design. But future soft robots could squeeze into tight spaces or gently touch humans.

Barry Trimmer, a roboticist at Tufts University and the editor-in-chief of the journal Soft Robotics, writes in an email to NPR, "Soft robots and soft material technologies are definitely needed if we expect to deploy autonomous machines in the home or in natural environments. They have the potential to be more robust, safe and biocompatible than current robots."

He says although the octobot may not appear to do much, he is impressed by how the research team uses fluids to power it, and excited about what their technique could mean for future autonomous robots.

"This is an ingenious approach to building and controlling a completely soft robot," he writes. "The octobot is an inspiration for those of us trying to make better and safer robots."