Accessibility links
FARC Rebels, Colombian Government Sign Historic Peace Treaty : The Two-Way The guerrilla war between Marxist rebels and Colombia's government has stretched on for more than half a century. Now the two sides have met in Havana to sign a peace agreement. 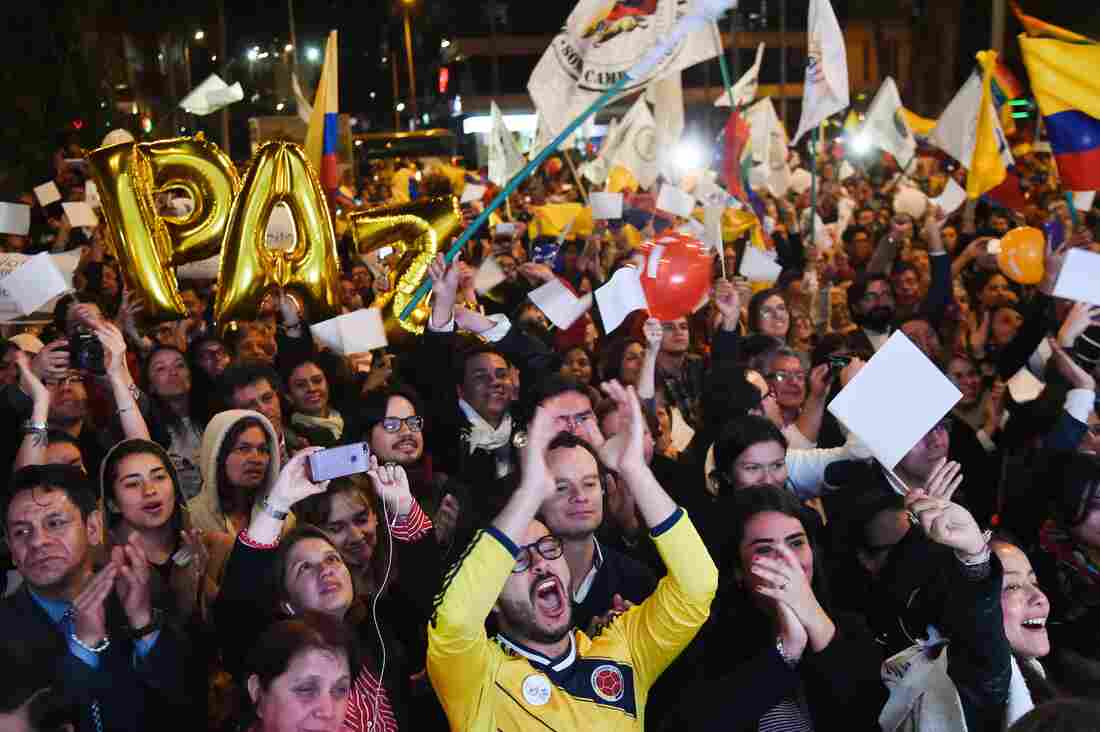 Colombians celebrate in Bogota on Wednesday as they watch on a giant screen broadcasting the signing of a peace agreement between the Colombian Government and the FARC in Havana. Guillermo Legaria/AFP/Getty Images hide caption 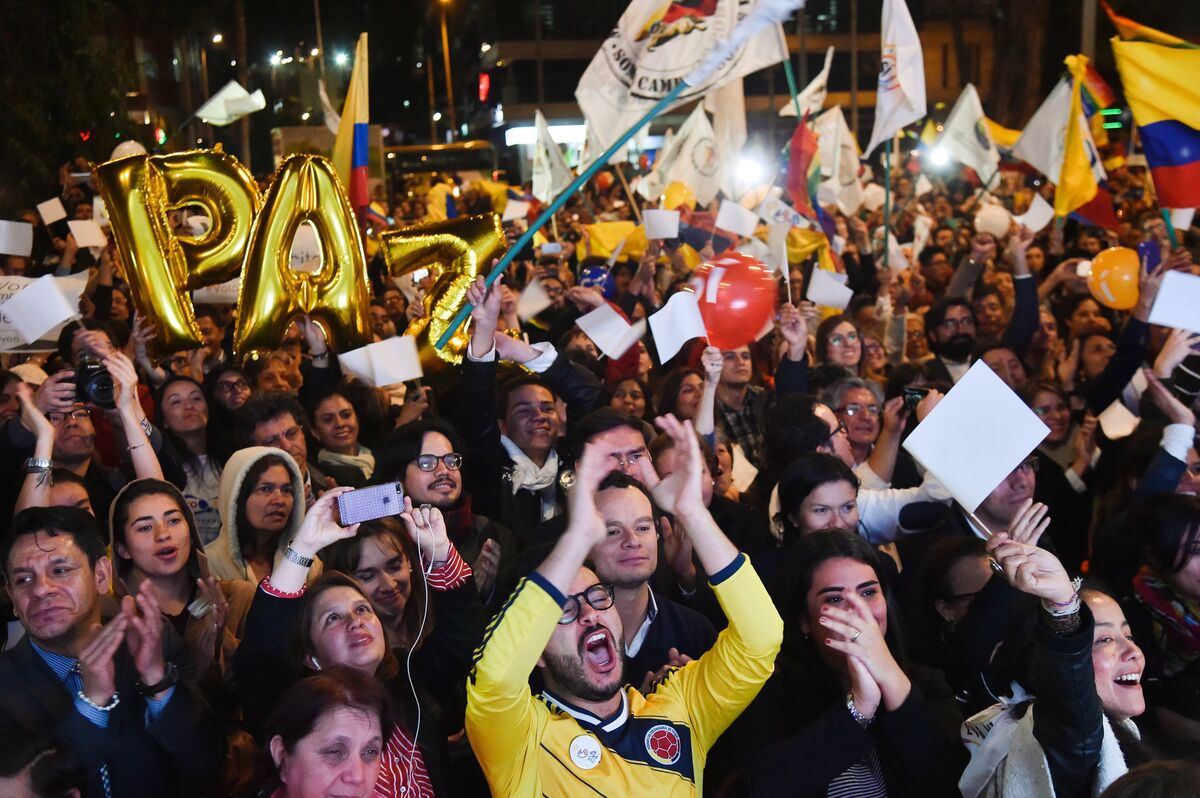 Colombians celebrate in Bogota on Wednesday as they watch on a giant screen broadcasting the signing of a peace agreement between the Colombian Government and the FARC in Havana.

Marxist rebels and the Colombian government met in Havana on Wednesday night to sign a historic peace accord, marking the end to a guerrilla war that has seethed for more than half a century.

The brutal conflict has killed more than 220,000 people and displaced millions.

Peace talks began in 2012 between the rebels (known as the FARC) and the government. A tentative outline for a deal was reached last year, and a cease-fire signed earlier this summer. After last-minute bargaining on the details, the final accord marked the end of the intense four-year negotiations.

"The best way to win the war was to sit down and negotiate peace," Humberto de la Calle, the government's top representative at the talks, said.

The next step is up to the Colombian people: President Juan Manuel Santos says he'll be holding a referendum on Oct. 2, with a yes-or-no vote on the agreement.

"It's in your hands, of all Colombians, to decide with your vote to support this historic accord that puts an end to this long conflict between the children of the same nation," he said, according to an Associated Press translation.

John Otis, reporting for NPR from Bogota, says the peace plan is controversial. He lays out the background for the deal:

"The FARC rose up in the 1960s to fight for land reform and social justice. Although the rebels never came close to seizing power, profits from cocaine trafficking, kidnapping and extortion allowed them to keep fighting. The conflict has killed more than 220,000 people and has uprooted millions from their homes.

"The stalemate convinced both sides to start peace talks in 2012. The resulting accord will allow FARC fighters to lay down their weapons and form a left-wing political party that will receive government protection.

"That's a key point because a similar effort in the 1980s collapsed when right-wing death squads gunned down 3,000 members of a pro-FARC party. ...

"The accord also calls on the FARC to stop drug trafficking and for the government to develop impoverished rural communities. Still, the peace plan is extremely controversial because it will allow FARC fighters accused of war crimes to avoid prison."

Under the deal, the rebels are set to hand their weapons over to U.N.-sponsored monitors, but the date the weapons transfer will begin is not yet known.

Colombians Prepare For The Prospect Of Peace

Colombians Prepare For The Prospect Of Peace

The AP reports that, while most Colombians "loathe" the FARC, polling data suggests that voters are likely to approve the deal. But the experience of the EU membership referendum in the U.K. — where the public stunned their leaders by choosing to leave the European Union — "is a cautionary tale," the AP notes.