Accessibility links
Dilma Rousseff's Impeachment Trial Opens In Brazil : The Two-Way It's the final phase of a long process that could potentially remove her from office over alleged fiscal mismanagement. And every indication suggests she will indeed be impeached. 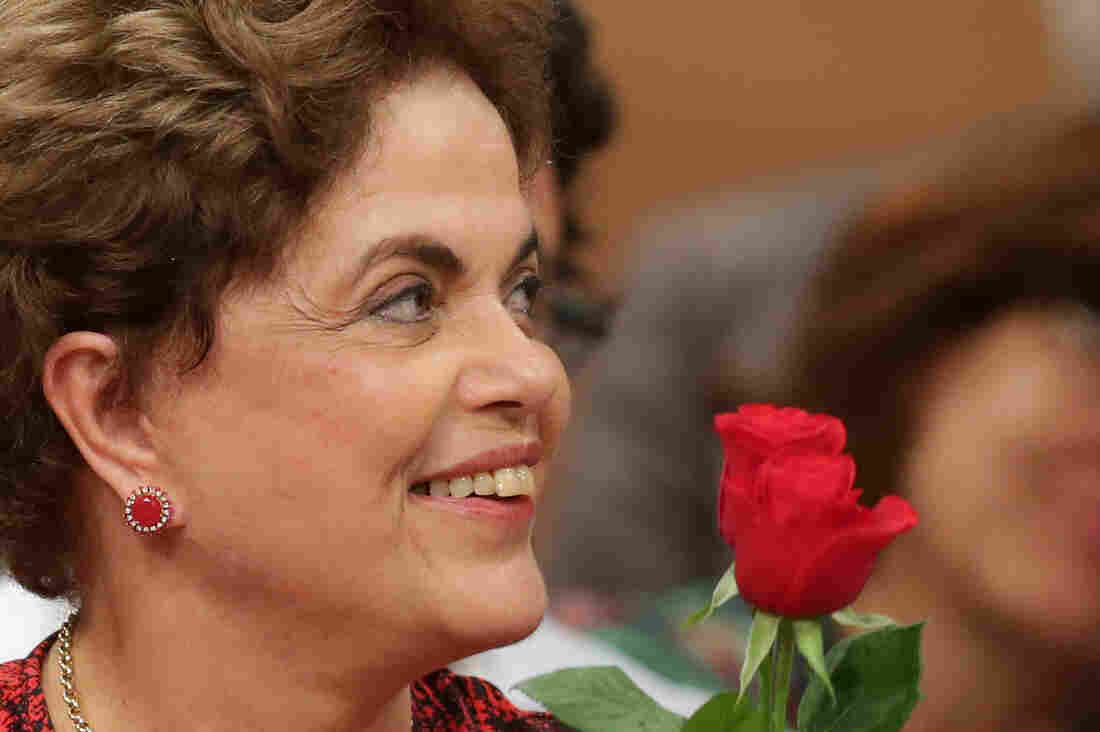 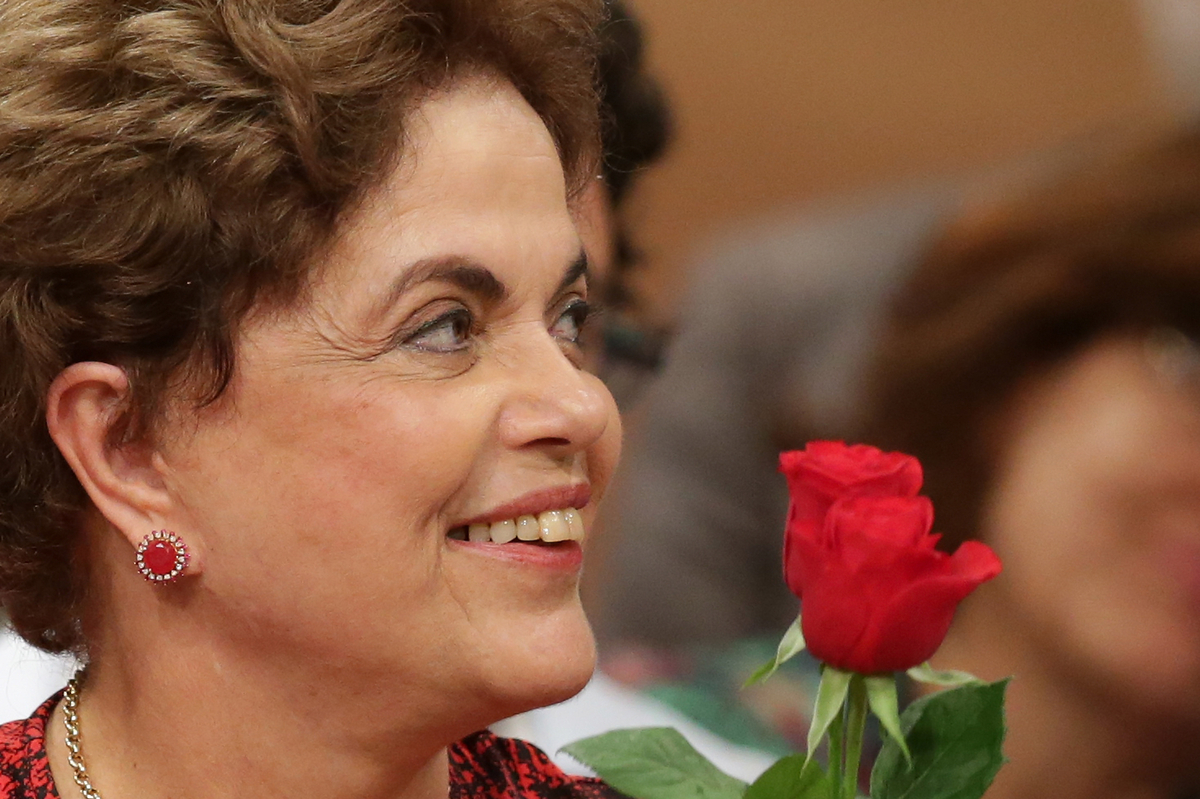 It's the final phase of a long process that could potentially remove her from office, as NPR's Lulu Garcia-Navarro reports from Rio de Janeiro. "It's really the end of the line," she tells Morning Edition, and says witnesses from the prosecution and defense will appear in the Senate and face questioning.

Rousseff is accused of "juggling the books to hide the real state of the economy" as she was running for re-election in 2014, Lulu says. And this trial will wrap up quickly — "Rousseff herself is set to testify on Monday, and then after that the Senate will vote. The whole thing will be over by next week."

Lulu has this recap of how we got to this stage in the process:

"Rousseff was re-elected in 2014. That was only two years ago, but it was by a very slim margin, it was a very tight election, and right after that the economy just began tanking. We saw huge protests, the largest in Brazil's history. And then her coalition partners started turning against her because there was this massive corruption investigation implicating many in the political class.

"And she always says that she has not been implicated in corruption while many of those who are judging her in the Senate, in Congress have been. She says this is a coup. She says she's innocent. And she says the people taking her down are trying to protect themselves from prosecution and undo years of progressive policies.

"So two very different ways of looking at what's happening to Dilma Rousseff."

And as Lulu reports, "everything points to the fact that she will not survive this." If 54 senators vote against her, interim President Michel Temer will be sworn into office for the remaining two years of her term. He's also deeply unpopular and used to be Rousseff's vice president.

Should Temer become president, his biggest challenge will be Brazil's ailing economy, as Lulu reports: "We've seen massive job losses, unemployment is at over 11 percent, and ultimately his fate hangs on whether he can resolve the important question of the economy for Brazilians."

As The Two-Way has reported:

"Rousseff has become increasingly isolated. She is living in the presidential residence but is rarely seen at public events. She refused to attend the Olympics opening ceremony because she says the move to impeach her is a coup by her right-wing political rivals. Even Rousseff's own political party, the Workers' Party, has largely abandoned her.

"Her mentor, former President Luiz Inacio Lula da Silva, is also facing legal troubles. He's being investigated over allegations that he was involved in a massive corruption scandal at the state oil company Petrobras. Temer is also under investigation, accused of receiving illegal campaign contributions linked to the Petrobras scheme."

Do you have more questions about Brazil's complicated impeachment process? Head here for our explainer on the proceedings.