Accessibility links
Volkswagen Has Tentative Deal To Compensate U.S. Dealers In Emissions Scandal : The Two-Way The negotiations follow VW's installation of software in its diesel vehicles that cheated on pollution tests. The dealers' sales plummeted on the news. VW will give them cash payments under the deal. 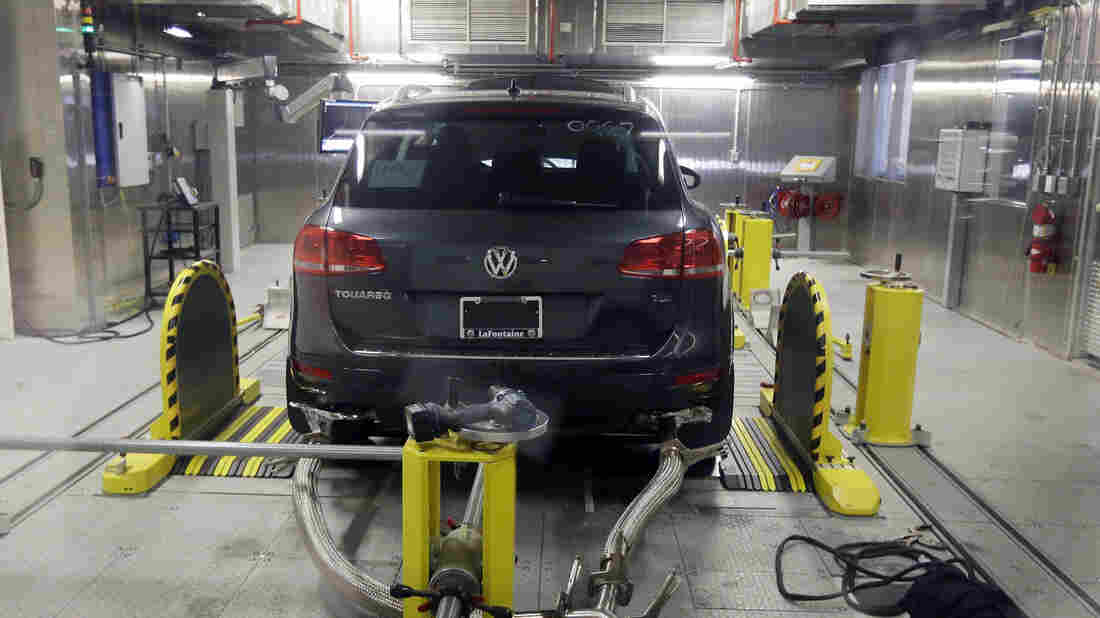 A Volkswagen Touareg diesel is seen being tested at a federal facility in Michigan last year. Volkswagen has reached a tentative deal with its U.S. dealers to compensate them for plummeting sales as a result of the company's emissions cheating scandal. Carlos Osorio/AP hide caption 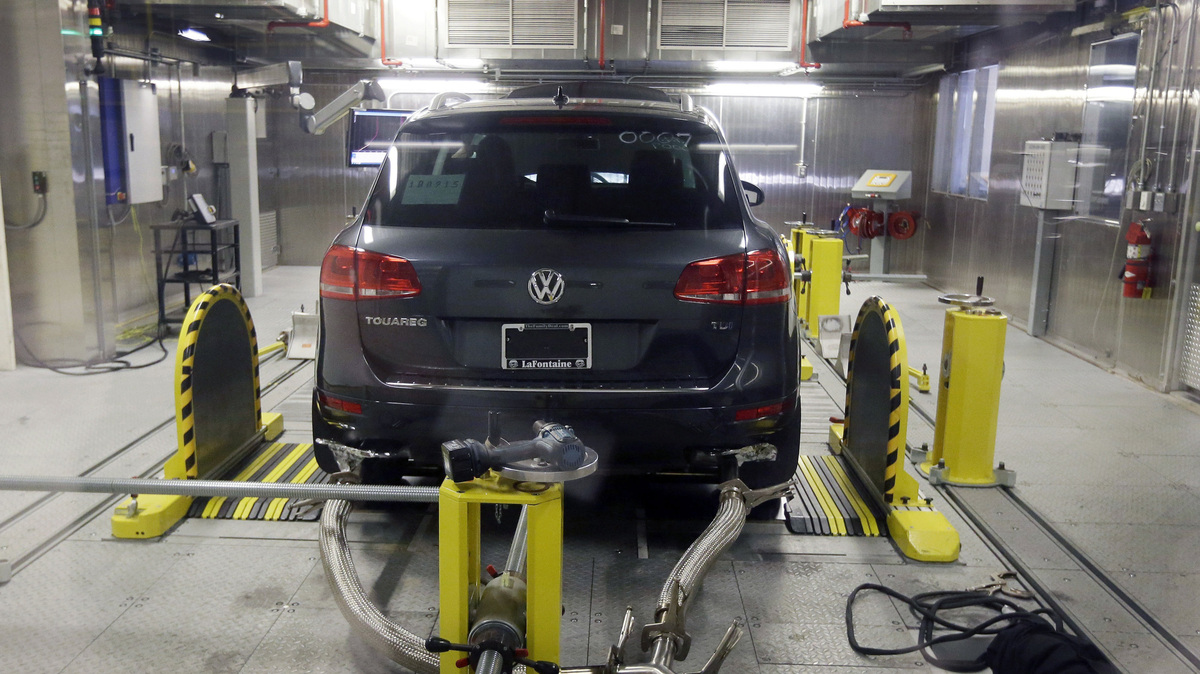 A Volkswagen Touareg diesel is seen being tested at a federal facility in Michigan last year. Volkswagen has reached a tentative deal with its U.S. dealers to compensate them for plummeting sales as a result of the company's emissions cheating scandal.

Today Volkswagen announced a tentative agreement with its 652 franchise dealers in the U.S. The company didn't reveal the price tag but sources tell the Reuter news service the deal is worth $1.2 billion.

According to a statement from the company, Volkswagen has agreed to pay cash to the dealers and "to resolve alleged past, current and future claims of losses in franchise value."

Dealers are being compensated for losses connected with the diesel emissions scandal. In September of 2015, the company admitted to using software to turn off the pollution controls from some 11 million diesel vehicles worldwide. Sales of diesels were halted in the U.S. and in Europe. Diesels are some of VW's most popular vehicles.

With Volkswagen's sales falling, and not just since the current crisis, dealers have been hurting. "The dealers are VW's front line in this matter," says Rebecca Lindland analyst for Kelley Blue Book, in an email to NPR. "Not only do they represent the company to the owners, they're also impacted financially since they're hamstrung on what products they can sell." Lindland says a settlement in this case is key to keeping many dealers afloat.

Car dealers are the customers of car companies. And the car company is the sole supplier. (Volkswagen dealers could not, say, drop Volkswagens and sell BMWs.) Maintaining good relationships with the network of dealers is vital for a car company. Many in Volkswagen's dealer network have been critical of VW leadership. In the company statement, Hinrich J. Woebcken, Volkswagen's North American CEO says, "Our dealers are our partners and we value their ongoing loyalty and passion for the Volkswagen brand. This agreement, when finalized, will strengthen the foundation for our future together and further emphasize our commitment both to our partners and the U.S. market."

A solution to Volkswagen's dealer network problem is just one of the hurdles the company has to face. Volkswagen agreed this week to settlement talks with a group of state attorneys general led by New York, Massachusetts and Maryland. VW has agreed to pay for environmental remediation and to compensate vehicle owners to the tune of $15 billion. It's the largest false advertising case in the history of the Federal Trade Commission.

The company is awaiting results of a federal criminal investigation by the Justice Department. Meanwhile, more legal problems await Volkswagen in Germany and other countries where faulty diesels were sold.