Accessibility links
Top Fed Officials Field Questions From Activists Unhappy Over Monetary Policy : The Two-Way At a "listening session" at the Fed conference in Jackson Hole, liberal groups warn about the impact on poor and minority communities of raising interest rates too quickly. 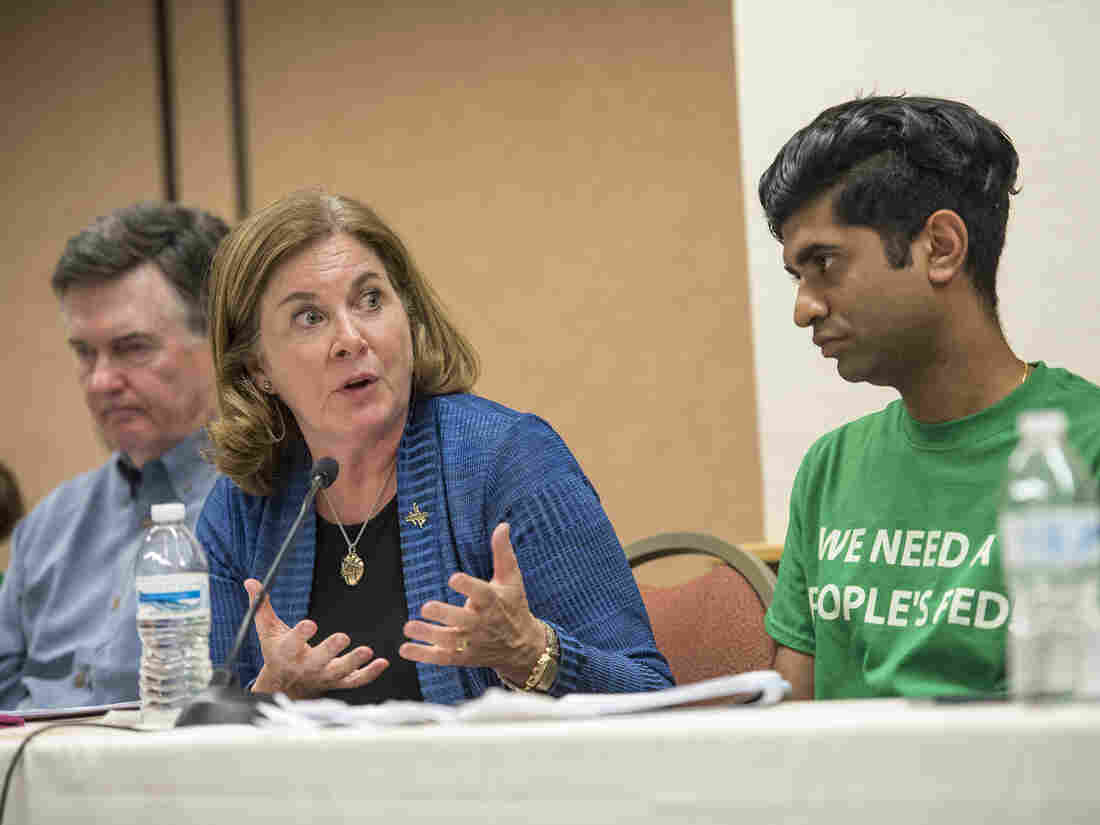 Esther George (center), president of the Kansas City Federal Reserve Bank, speaks as Shawn Sebastian (right), field director of the Fed Up coalition, listens Thursday during a meeting on the sidelines of an economic symposium in Jackson Hole, Wyo. Bloomberg via Getty Images hide caption 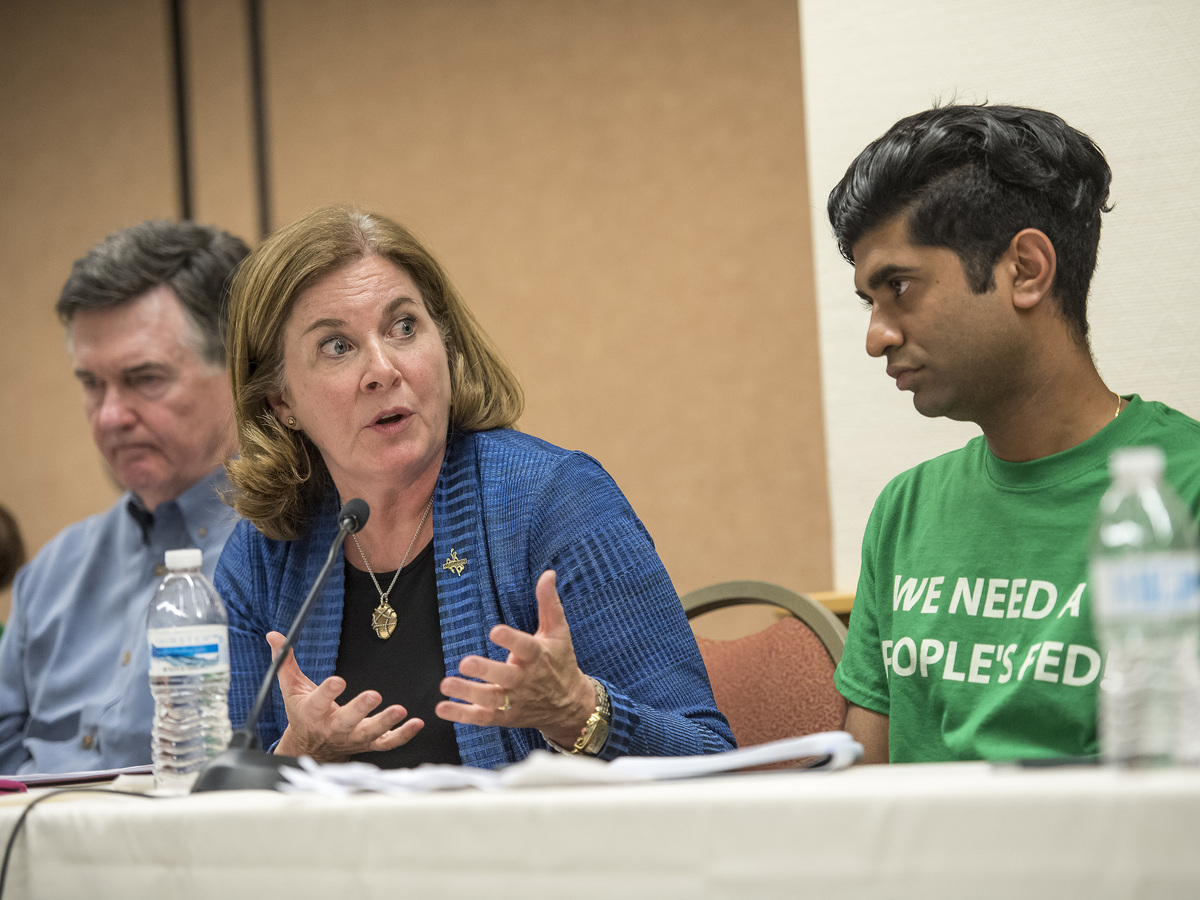 Esther George (center), president of the Kansas City Federal Reserve Bank, speaks as Shawn Sebastian (right), field director of the Fed Up coalition, listens Thursday during a meeting on the sidelines of an economic symposium in Jackson Hole, Wyo.

Top Federal Reserve officials defended their handling of monetary policy in a freewheeling meeting with liberal activists at the annual Fed conference in Jackson Hole, Wyo.

Much of the meeting centered on whether the Fed should raise interest rates, as it's widely expected to do before the end of the year, and the likely impact of a hike on poor and minority communities.

"The economy has recovered for much of white America, but for black and Latino workers it has not," said Rod Adams, of Neighborhoods Organizing for Change in Minneapolis.

"If you decide that we're at maximum employment now and you intentionally slow down the economy, you'll be leaving us behind, pulling up the ladder right after you've climbed it," Adams said.

Since monetary policy takes a while to have an impact, the unemployment rate is likely to keep falling for a while, even if the Fed raises rates this year, Williams said.

"If we do wait too long, what happens is eventually the economy creates imbalances or overheats and we get into situations somehow where we have to react to that and when we react to that, that often leads to a recession or some other bad outcome," Williams said.

"I think the Federal Reserve is very much committed to having a set of monetary policies in place that achieve maximum sustainable employment over time. Where there are differences are: What's the precise interest rate settings to achieve that goal?" said William Dudley, president of the Federal Reserve Bank of New York.

The hourlong meeting was organized by Fed Up, a coalition of some two dozen community groups, labor unions and liberal policy groups that have sought to influence Fed policy.

While the meeting, which was billed as a "listening session," was mostly cordial, some of the activists made their unhappiness over Fed policy clear.

Fed officials did not object when Kendra Brooks of the Philadelphia group ACTION United called out the central bank for the lack of diversity among its governors, boards of directors and staff members.

"I would be very surprised if anybody in the Federal Reserve system thinks that we've done well on that," Dudley said.

Neel Kashkari, president of the Minneapolis Fed, said some progress has been made in diversifying his own staff and board of directors, but conceded more work needed to be done.