Accessibility links
In Bolivia, Striking Miners Kidnap And Kill High-Level Minister : The Two-Way The country's deputy interior minister was going to talk with the miners about their demands. Officials say he was seized Thursday and then beaten to death. 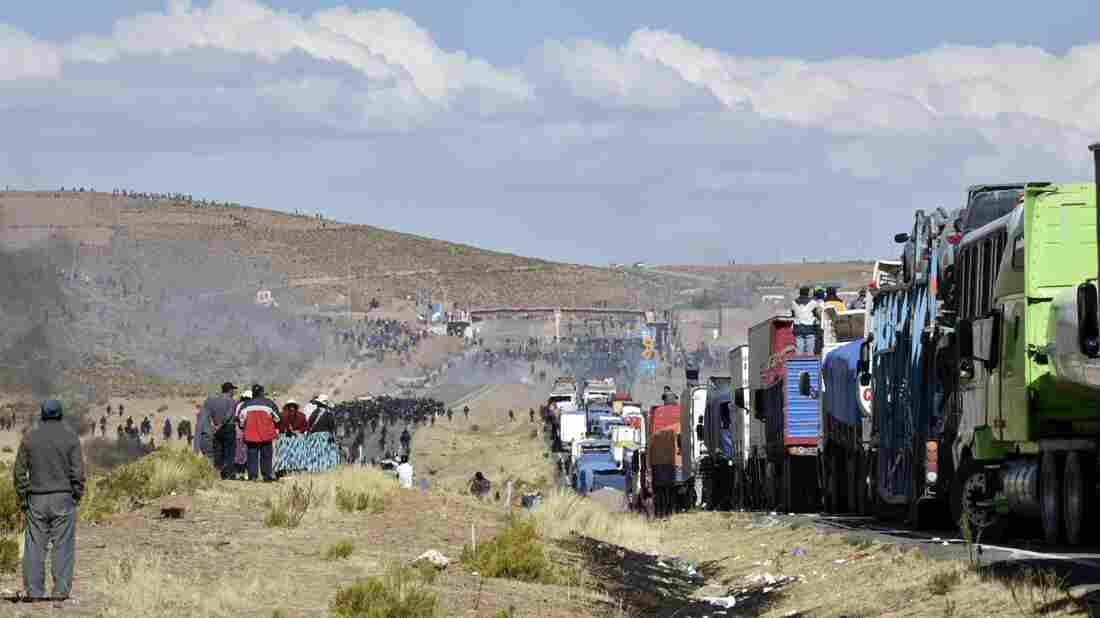 Smoke wafts over the highway linking the Bolivian capital of La Paz with the Chilean border during an ongoing clash between striking miners, who are blockading the road, and police. Aizar Raldes/AFP/Getty Images hide caption 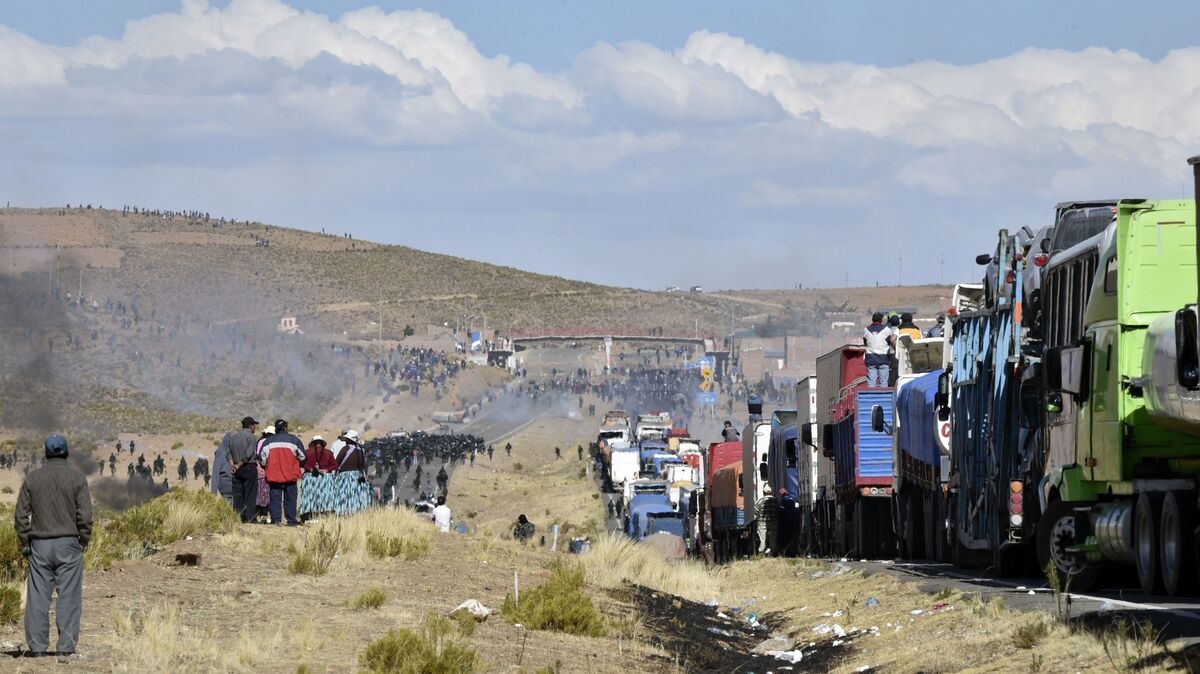 Smoke wafts over the highway linking the Bolivian capital of La Paz with the Chilean border during an ongoing clash between striking miners, who are blockading the road, and police.

A high-level government minister in Bolivia has been kidnapped by striking miners and beaten to death, Bolivian officials said.

Rodolfo Illanes, Bolivia's deputy interior minister, was traveling to talk with the miners when he was seized Thursday, according to multiple media accounts.

Illanes was then killed — government minister Carlos Romero says he was beaten to death in what Romero called a "cowardly and brutal murder." Illanes' body has now been handed over to the country's attorney general and labor minister, La Voz reports, and will undergo an autopsy.

Long-running tensions between miners and the government has grown increasingly violent over the past few days. The miners, who have been on strike for weeks, have blockaded a highway 80 miles south of La Paz since Monday, The Associated Press says, stranding thousands of passengers and vehicles.

Two miners were killed Wednesday after shots were fired by police, Reuters reports.

There are about 100,000 informal or artisan miners in Bolivia, the AP says, working in self-managed cooperatives.

"They want to be able to associate with private companies, which is prohibited," the wire service reports. "The government argues that if they associate with multinational companies they would cease to be cooperatives."

Negotiations devolved into a violent standoff.

The shift represents a deteriorating relationship between the country's president and a former ally, The Guardian explains:

"The National Federation of Mining Cooperatives of Bolivia (Fencomin), once a strong ally of the leftwing president, Evo Morales, began what it said would be an indefinite protest after negotiations over mining legislation failed. ...

"The vast majority of miners in Bolivia, one of South America's poorest countries, work in cooperatives, scraping a living producing silver, tin and zinc. There are few foreign-owned mining firms, unlike in neighboring Peru and Chile."

"This crime will not go unpunished," Ferreira said, telling audiences that about 100 people have been arrested.

On Twitter, Attorney General Hector Arce called Illanes "a great man and lawyer who served his country," vowing that justice would be served.