Accessibility links
Brazilian Police Charge Ryan Lochte With Making A False Report : The Two-Way The saga of the swimmer and the robbery-that-wasn't continues. The charge against the 32-year-old U.S. Olympian carries a penalty of up to 18 months in prison in Brazil. 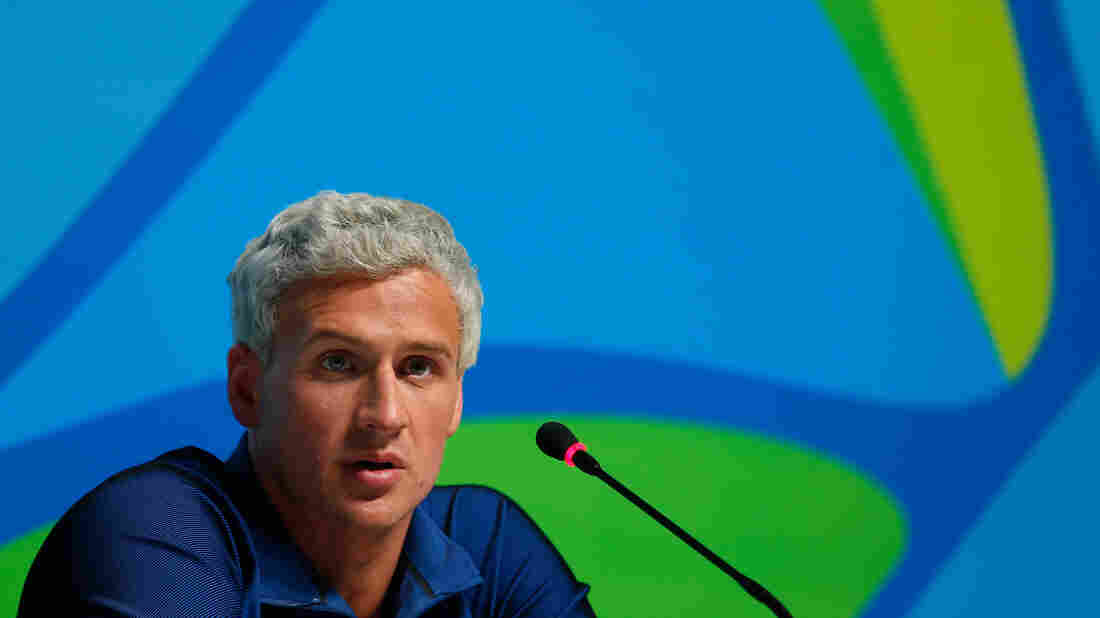 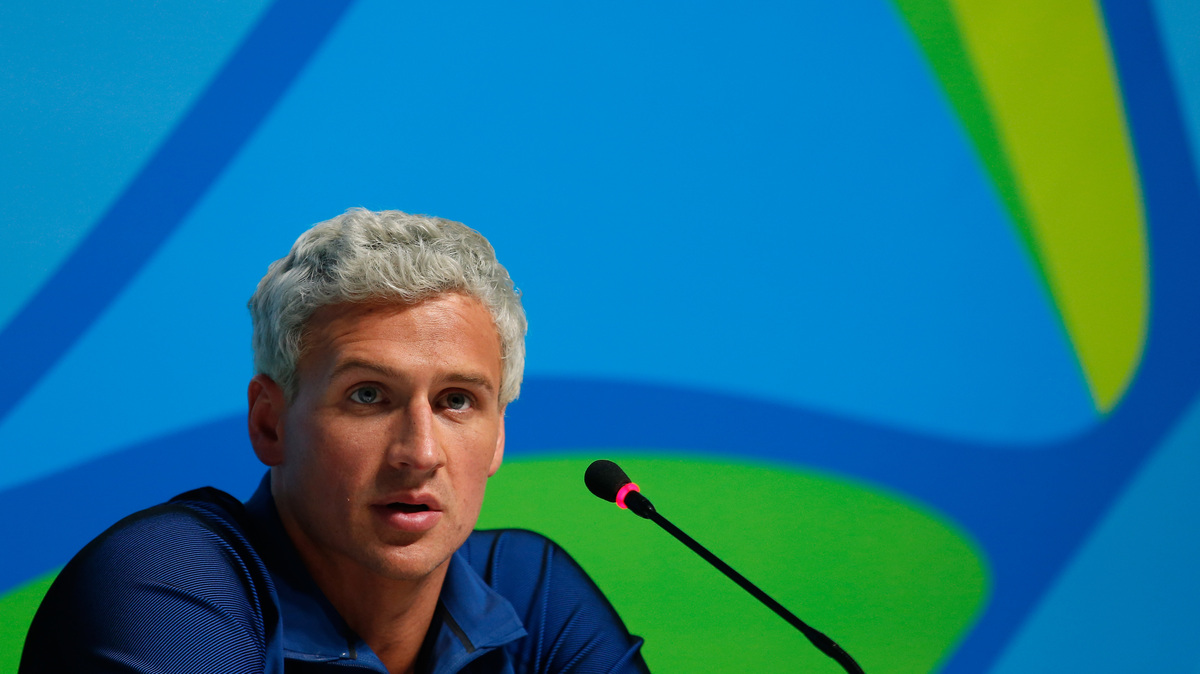 The saga of the swimmer and the robbery-that-wasn't continues: Ryan Lochte has been charged with filing a false police report.

Brazilian police say Lochte and the International Olympics Committee's ethics commission will both be informed of the charges, NPR's Lulu Garcia-Navarro reports.

The charge carries a penalty of up to 18 months in prison and Lochte could be tried in absentia, Lulu says. She notes that the U.S. has an extradition treaty with Brazil but that it's unlikely Lochte would be sent there if convicted.

As we've reported, Lochte told his mother, police and the press that he and three other U.S. swimmers were robbed at gunpoint earlier this month after thieves posing as police stopped the taxi they were traveling in.

That turned out to be, well, not what happened.

"Referring to that video, Veloso says multiple witnesses have described a scene in which the swimmers vandalized the bathroom, were asked to pay for it, and got testy. He added that the video supports that version of events.

"The police did confirm one element that's common to all versions of the events that transpired around 6 a.m. local time this past Sunday: that the group of U.S. swimmers had a gun pointed at them. But instead of a robbery, it seems that the guns were wielded by security guards who kept the swimmers from leaving.

"Contrary to some earlier reports, the police say there was no physical violence between the swimmers and workers at the gas station who reportedly wouldn't let the Americans leave without paying for damages."

NPR's Greg Myre reflected on the "silly story" last week, writing, "Lots of teenagers don't give their moms the straight story about what happened on a Saturday night. But Lochte is 32."

He "has badly tarnished one of the great Olympic careers of all time," Greg notes. "After his remarkable career, he is likely to be best remembered for a bit of late-night mischief that he then turned into an international incident."