Accessibility links
Protected Marine Area Near Hawaii Is Now Twice The Size Of Texas : The Two-Way The Papahānaumokuākea Marine National Monument was created by President George W. Bush. Now President Obama is quadrupling it in size — making it the biggest marine reserve in the world.

Take it one syllable at a time: Papahānaumokuākea 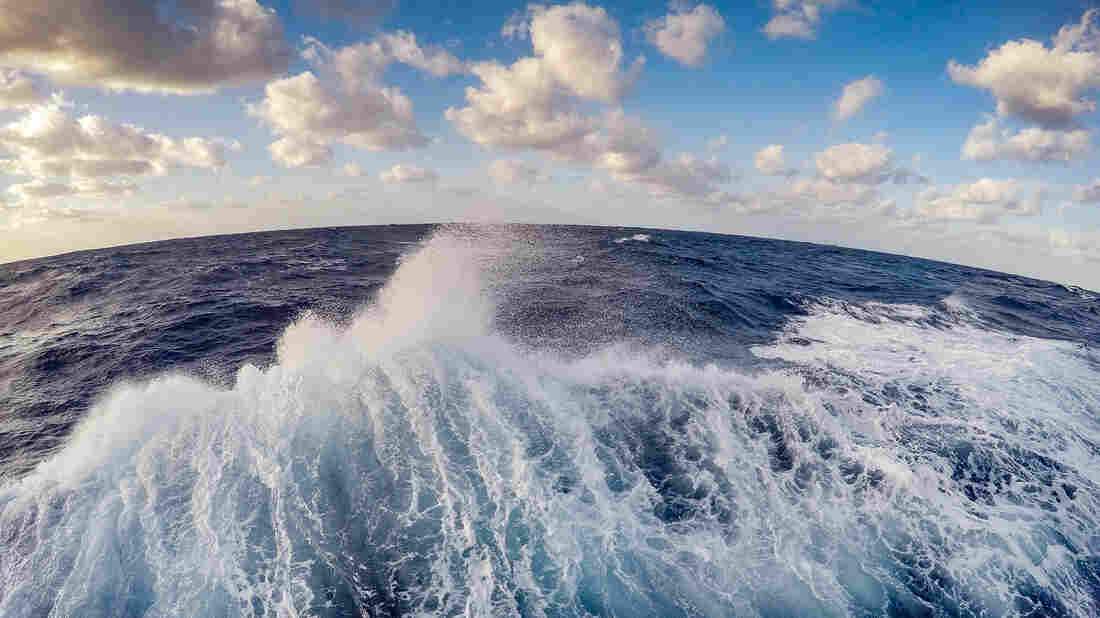 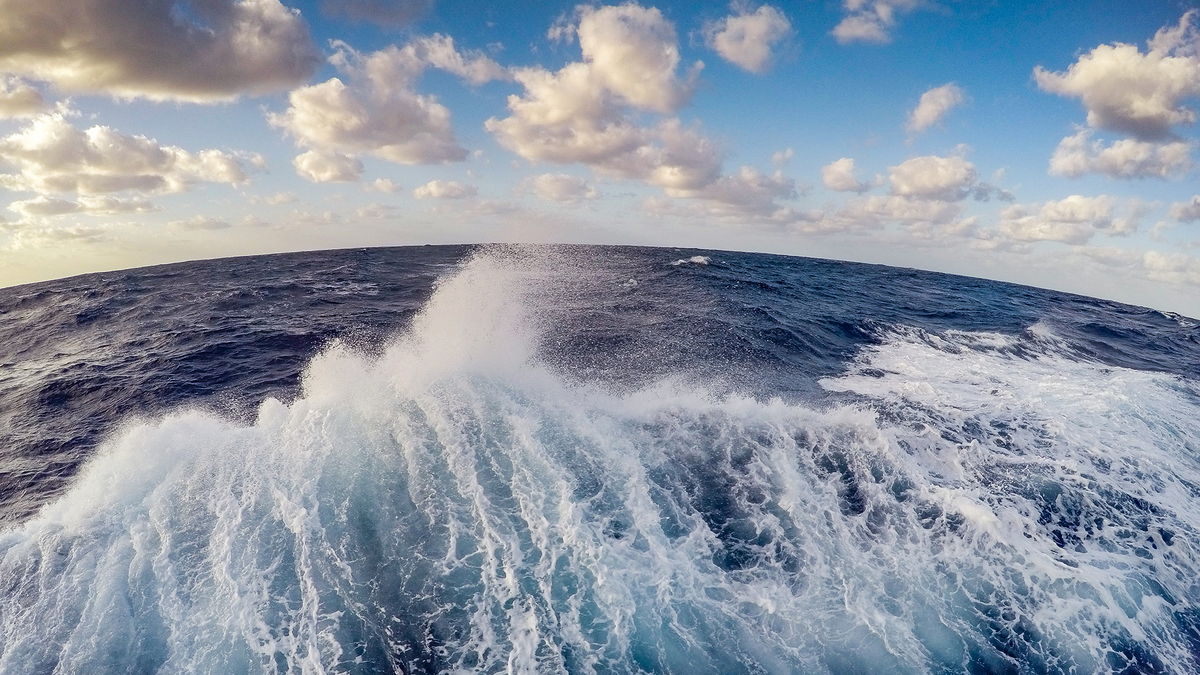 Rough seas prevented the NOAA's Okeanos Explorer from collecting data in the the Papahānaumokuākea Marine National Monument in February.

President Obama is expanding a national monument off the coast of Hawaii, more than quadrupling it in size and making it the world's largest protected marine area.

The Papahānaumokuākea Marine National Monument was created by President George W. Bush in 2006. At the time, it was seven times larger than all the other U.S. marine sanctuaries combined and the biggest marine reserve in the world.

On Friday, Obama signed a proclamation expanding the monument to more than 580,000 square miles — twice the size of Texas, and once again the world's largest.

"The monument designation bans commercial fishing and any new mining, as is the case within the existing monument," The Associated Press notes. "Recreational fishing will be allowed through a permit, as will be scientific research and the removal of fish and other resources for Native Hawaiian cultural practices."

It's not the first time Obama has expanded a Bush-era marine monument; in 2014, he expanded the Pacific Remote Islands Marine National Monument to 490,000 square miles, making it the largest in the world at the time.

Now that title has returned to Papahānaumokuākea. And we'll pause here to say, if you're wondering how to pronounce that name, take a listen to newscaster Korva Coleman rattling it off on NPR on Friday morning:

Take it one syllable at a time: Papahānaumokuākea

The Pew Charitable Trusts, which pushed for the expansion of the monument, celebrated Friday's announcement and highlighted the region's biodiversity:

"Although much of the region remains to be fully explored, Papahānaumokuākea is home to more than 7,000 species, a quarter of which are endemic, or found nowhere else on Earth; some have only recently been discovered. The area provides habitat for rare species such as threatened green turtles, endangered Hawaiian monk seals, and false killer whales, as well as 14 million seabirds representing 22 species. This year, scientists exploring these waters discovered a new type of ghostlike octopus they nicknamed Casper, as well as three new species of fish."

But the Western Pacific Regional Fishery Management Council was disappointed to see hundreds of thousands of square miles closed to fishing. In a statement, the group's leaders said they believed the expansion was driven by politics rather than science, and criticized the Pew's Ocean Legacy program as an "agenda-driven environmental organization."

"Closing 60 percent of Hawaii's waters to commercial fishing, when science is telling us that it will not lead to more productive local fisheries, makes no sense," Council Chair Edwin Ebiusi Jr. said in the statement.

The monument was created and expanded under the Antiquities Act of 1906, a law signed by Teddy Roosevelt that established America's first-ever program for protecting cultural or natural resources.

Under the law, the president can designate as national monuments any federal lands containing objects of "historic or scientific interest." In this case, the waters are scientifically unique in their geological and biological resources, and also have cultural significance, the White House said in Friday's announcement.

"Native Hawaiian culture considers the Monument and the adjacent area a sacred place. This place contains the boundary between Ao, the world of light and the living, and Pō, the world of the gods and spirits from which all life is born and to which ancestors return after death," the statement read. 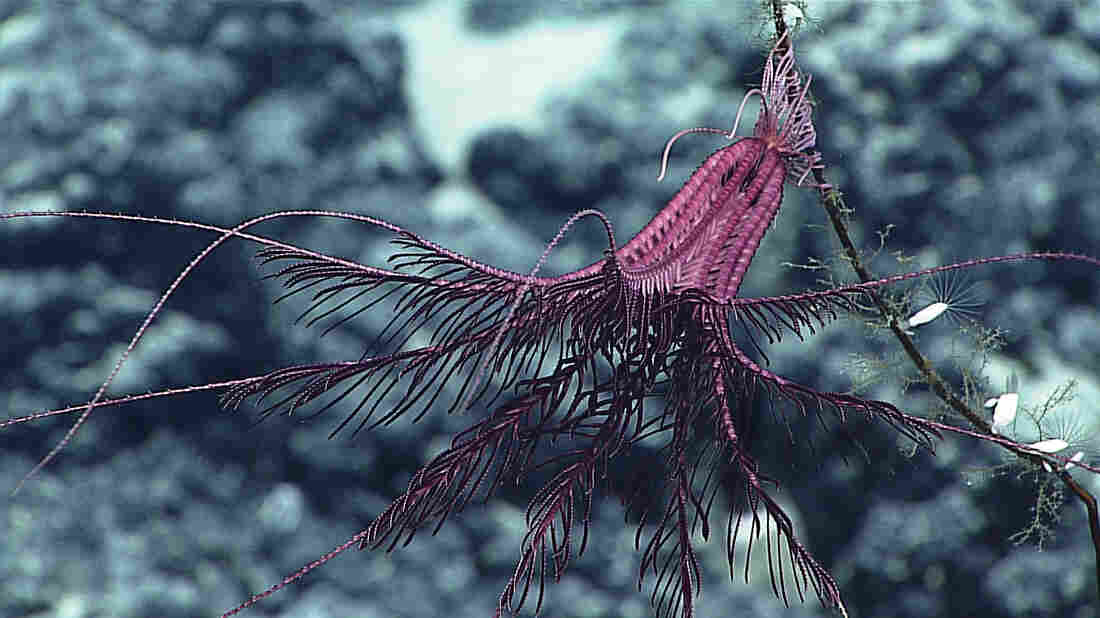 A purple crinoid "hangs out on a dead coral stalk," as NOAA scientists put it, in the Papahānaumokuākea Marine National Monument off the coast of Hawaii. NOAA Office of Ocean Exploration hide caption 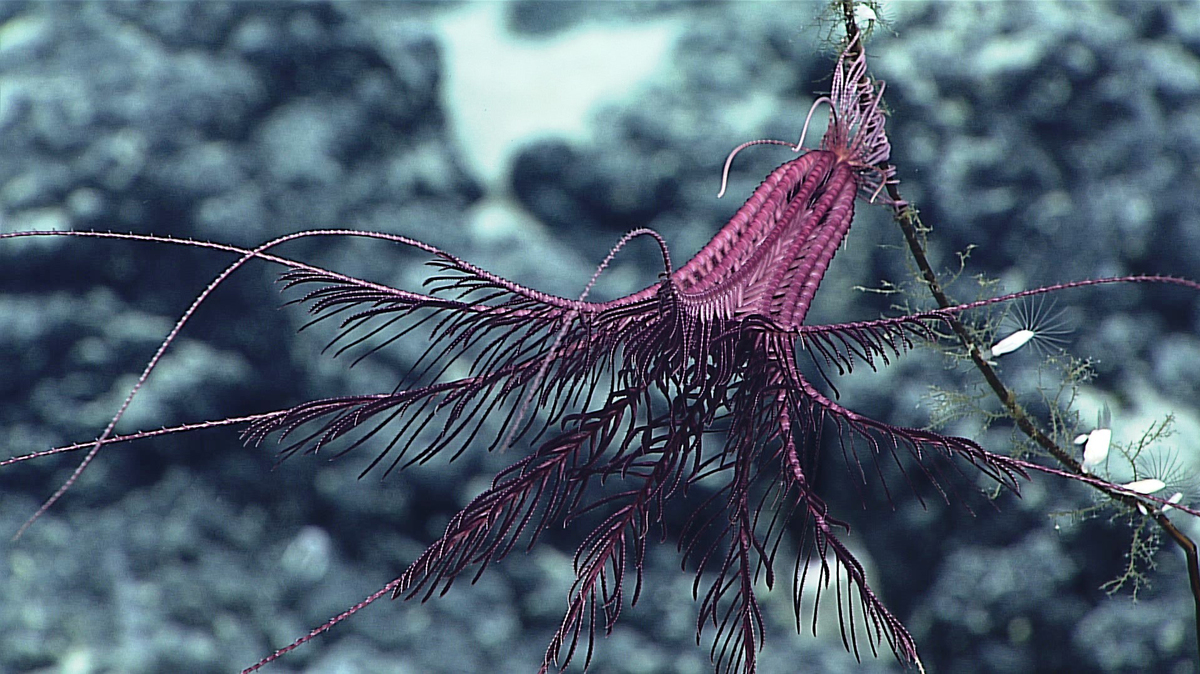 A purple crinoid "hangs out on a dead coral stalk," as NOAA scientists put it, in the Papahānaumokuākea Marine National Monument off the coast of Hawaii.

Shipwrecks from the Battle of Midway in World War II are also located in the waters, the administration notes.

Access to the monument is currently by permit only. But several of the islands in the original monument area can be seen on Google Street View, where you can take a scroll down Tern Island and East Island at French Frigate Shoals, Laysan Island, Lisianski Island, Pearl and Hermes Atoll and Midway Atoll.