Accessibility links
Juan Gabriel, The 'Divo Of Juarez,' Dies At 66 : The Two-Way Juan Gabriel was a singular pop star who transcended borders and the trappings of gender. 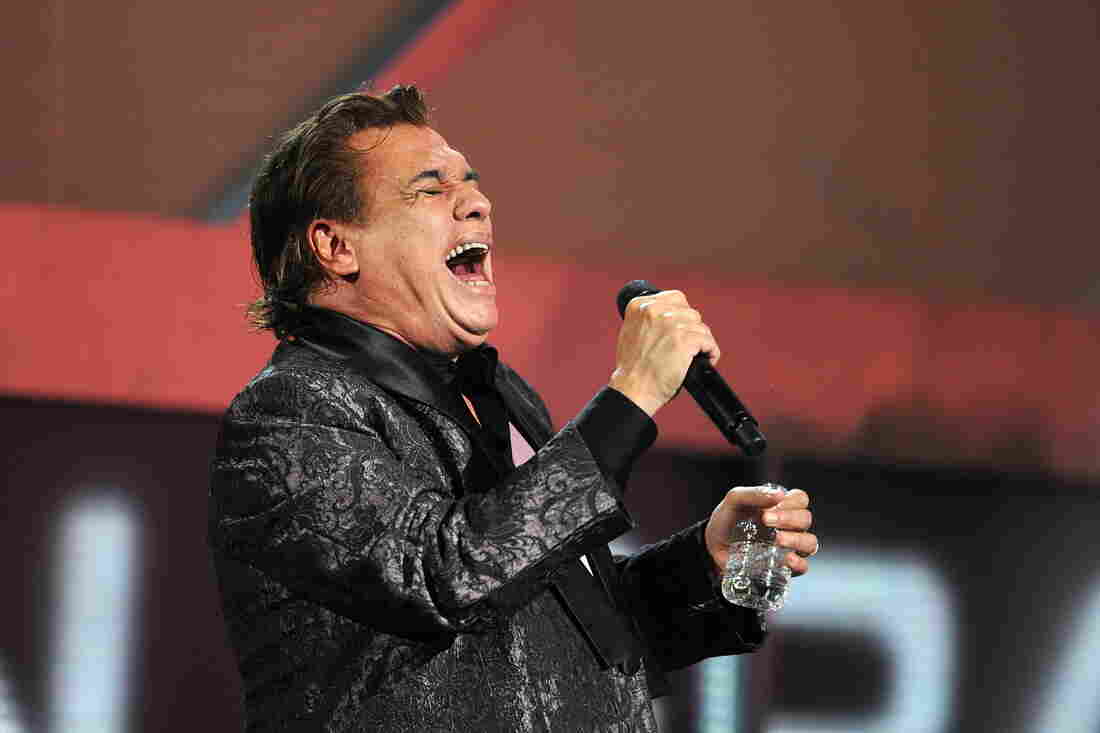 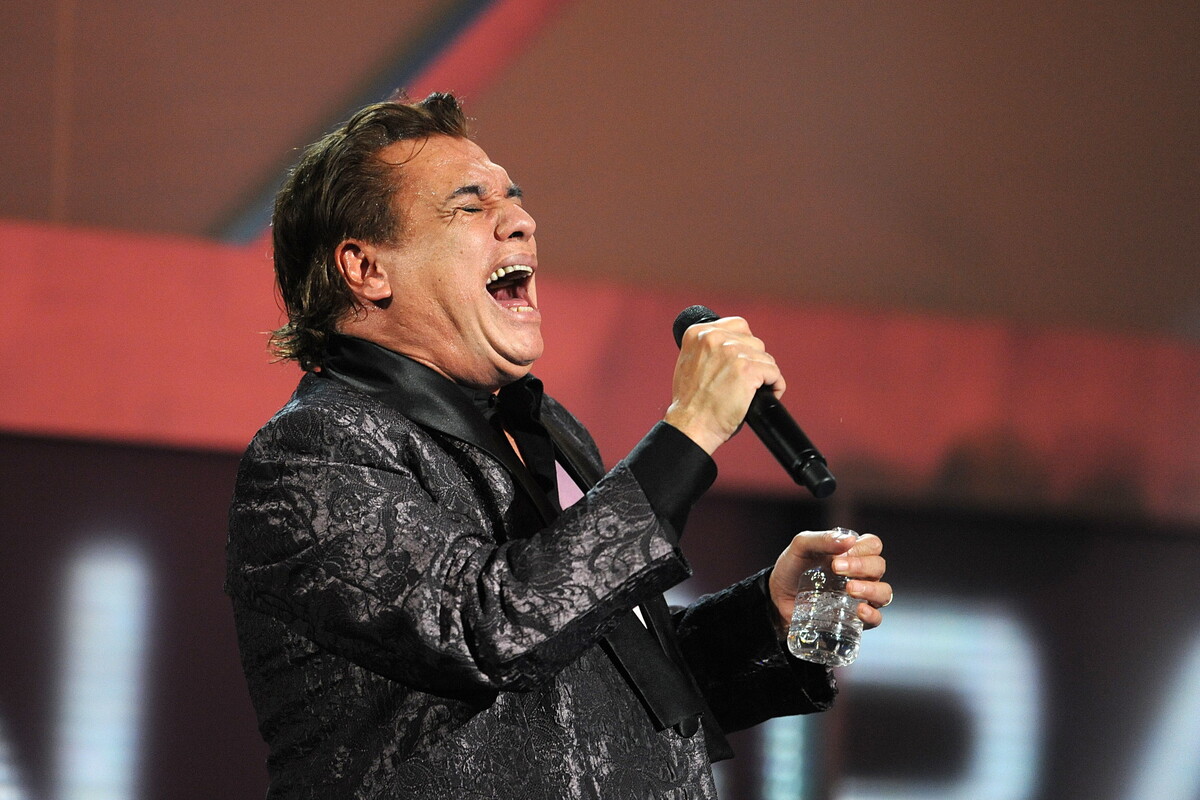 Singer Juan Gabriel performs during the Latin Grammy Awards in 2009.

Juan Gabriel, a singular superstar who transcended borders and the trappings of gender with meticulously crafted pop songs and a flamboyant showmanship that earned him the nickname the "divo of Juarez," has died, according to the Los Angeles County Department of Medical Examiner.

Juan Gabriel was 66 years old and he was found at a residence in Santa Monica with no apparent foul play.

Mexican President Enrique Peña-Nieto tweeted his condolences calling him one of the country's "greatest musical icons."

"His music is a legacy for the world," Peña Nieto said. "He has left us too soon. May he rest in peace."

Other artists recorded his songs and on occasion he recorded theirs. He recently covered Creedence Clearwater Revival's Have You Ever Seen the Rain.

Juan Manuel Caipo, who produced that album, said it showed what a chameleon the singer-songwriter was.

Caipo says in that sense Juan Gabriel was a lot like Prince.

"Not just a songwriter but as a performer as a vocalist," he said. "He was just someone who crossed those genre lines without having to really" change his style.

Juan Gabriel's life had a tough start. His mother was not able to take care of him so he was sent to an orphanage in Juarez.

He escaped and in interviews he said he began to sing on street cars because it made him feel free.

His first hit was the disco infused "No Tengo Dinero," or "I Don't Have Money."

By one count Juan Gabriel put out some 2,000 songs and he was known for marathon live shows.

In 1990, he became the first non-classical act to play the Palacio de Bellas Artes in Mexico City. There, he sang "Amor Eterno" ("Eternal Love"), a song he wrote for his late mother and that is still an enduring testament to the essential contributions Juan Gabriel made to the Latin American songbook.

On stage, he was dramatic, shimmying and strutting with sequin studded jackets.

"Juan Gabriel was very effeminate on stage, yet he was one of these artists, where if you went to a Juan Gabriel concert you would see these macho guys in tears and you would see girls in tears," said Leila Cobo, a who directs coverage of Latin music for Billboard Magazine.

"He was very sexually ambiguous and yet he was able to reach everybody," Cobo said. "And I think it's a little bit the power of the songs, too. His songs were easy to relate with. And this guy, he really kind of lived his songs.

He never married, but Juan Gabriel did have four children. Cobo says he died just as his career had taken a turn.

Romanticism in Latin music had given way to urban beats but lately Juan Gabriel's music was making a roaring comeback.

"He was having the year of his life," said Cobo. "In the last year, he had the top-selling Latin album of the year in the U.S. and he also had the highest grossing tour of the year."

When he died of a massive heart attack, Juan Gabriel was in middle of a 20-city tour in support of an album of duets he released last year.