Accessibility links
New Drone Rules Take Effect; FAA Expects 600,000 Commercial Drones In The Air Within A Year : The Two-Way The soaring number of drones for hire is forecast in response to new federal rules that simplify and streamline the process of getting government approval and certification. 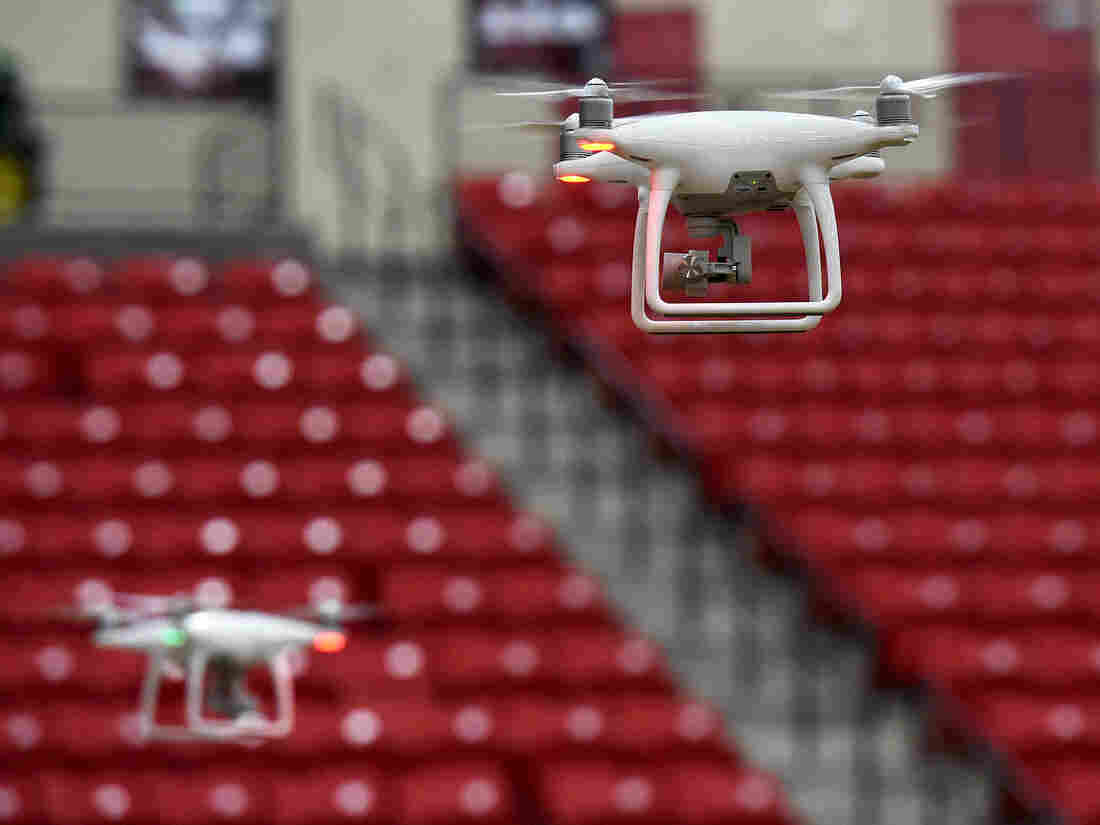 Drones are flown at a training class in Las Vegas in anticipation of new regulations allowing their commercial use. Ethan Miller/Getty Images hide caption 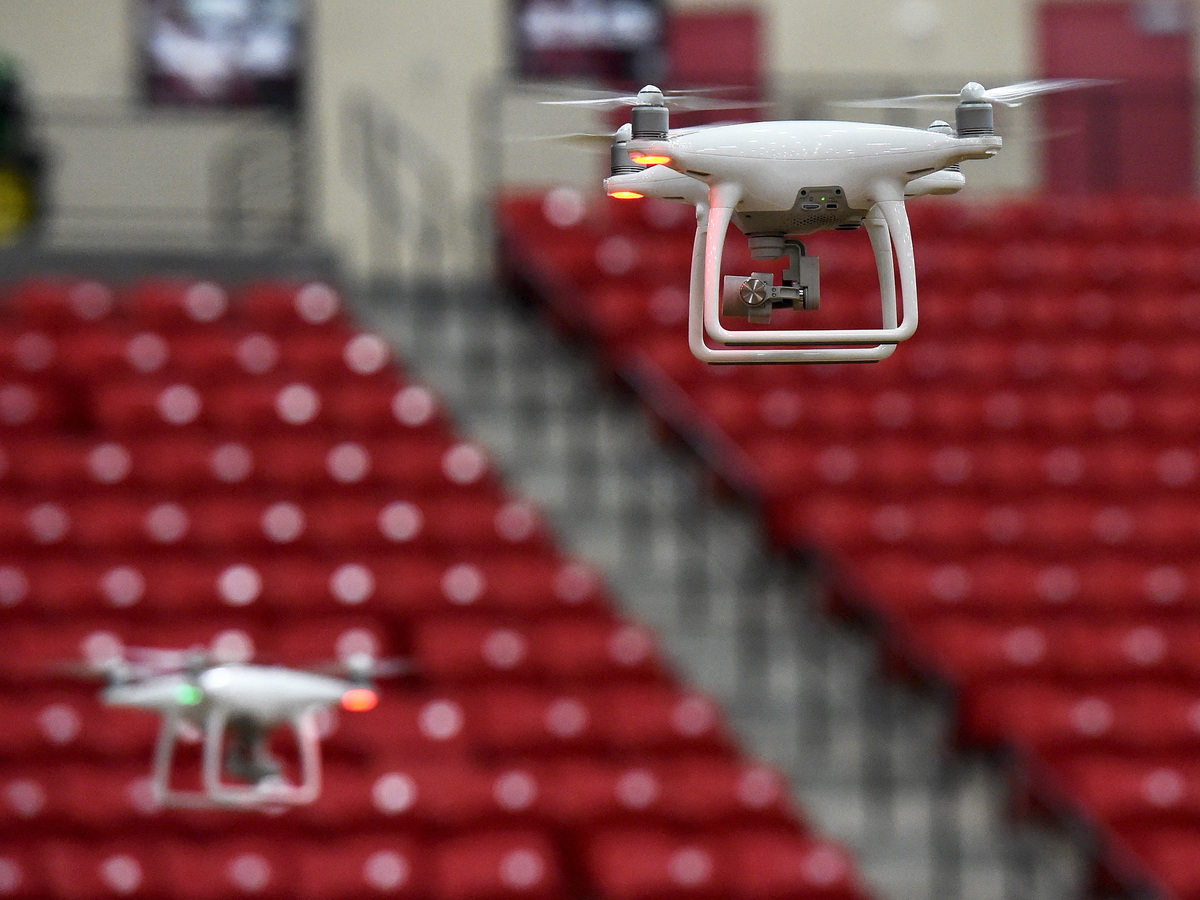 Drones are flown at a training class in Las Vegas in anticipation of new regulations allowing their commercial use.

We are in "one of the most dramatic periods of change in the history of transportation," says Transportation Secretary Anthony Foxx.

He was talking about all of it: the self-driving cars, the smart-city movement, the maritime innovations. But the staggering prediction of the day goes to the drone industry:

The Federal Aviation Administration expects some 600,000 drones to be used commercially within a year.

For context, the FAA says that 20,000 drones are currently registered for commercial use. What's expected to produce a 30-fold increase in a matter of months is a new rule that went into effect Monday and makes it easier to become a commercial drone operator.

"The FAA forecasts there could be as many as 600,000 unmanned aircraft used commercially during the first year after this rule is in place," FAA Administrator Michael Huerta said in a press conference. "Drones are helping to create a whole new means of realizing the American dream," he added later.

Broadly, the new rules change the process of becoming a commercial drone pilot: Instead of having to acquire a traditional pilot's license and getting a special case-by-case permission from the regulators, drone operators now need to pass a new certification test and abide by various flying restrictions (and, well, be older than 16).

Huerta says more than 3,000 people preregistered to take the certification test Monday — the first day of the new regime.

The rest of the drone safety rules still apply: No flights beyond line-of-sight, over people, at night, above 400 feet in the air or faster than 100 miles an hour. Drones also can't be heavier than 55 pounds, and all unmanned aircraft have to be registered. (Some locations, such as Washington, D.C., prohibit drones altogether.)

Businesses, however, may get special waivers to skip some of the restrictions if they can prove they can do so safely. Huerta said Monday that the FAA has approved almost 80 waiver applications; the vast majority sought permission to operate at night. CNN was one applicant that received permission to fly over people, Huerta said.

So far, the top uses of commercial drones have included aerial photography, real estate, various inspections, agriculture and filmmaking, according to an analysis by the Association for Unmanned Vehicle Systems International, the industry trade group. Foxx and Huerta also cited firefighting, search and rescue, conservation and academic research as potential beneficiaries.

The drone association expects the industry will create more than 100,000 jobs and generate more than $82 billion for the economy in the first 10 years of being integrated into the national airspace.

"If the federal government continues to embrace drone technology policy that balances safety and innovation, by 2025 our country will reach one million drone flights per day," Douglas Johnson, vice president for technology policy at the Consumer Technology Association, said in a statement.

The FAA is also working on new rules that eventually will allow drone flights over people and beyond line of sight. Huerta said the FAA expects to propose rules on flights over people by the end of 2016. The agency will also be issuing new privacy guidance to local and state government, he said, and will include privacy education in the pilot certification process.