Accessibility links
Scientists Divided Over How Lucy Died : The Two-Way A new study suggests the 3.2 million-year-old hominin died when she fell from a tree and fractured her bones. But other paleoanthropologists say the breaks happened after she died.

Scientists Divided Over How Lucy Died

Scientists Divided Over How Lucy Died 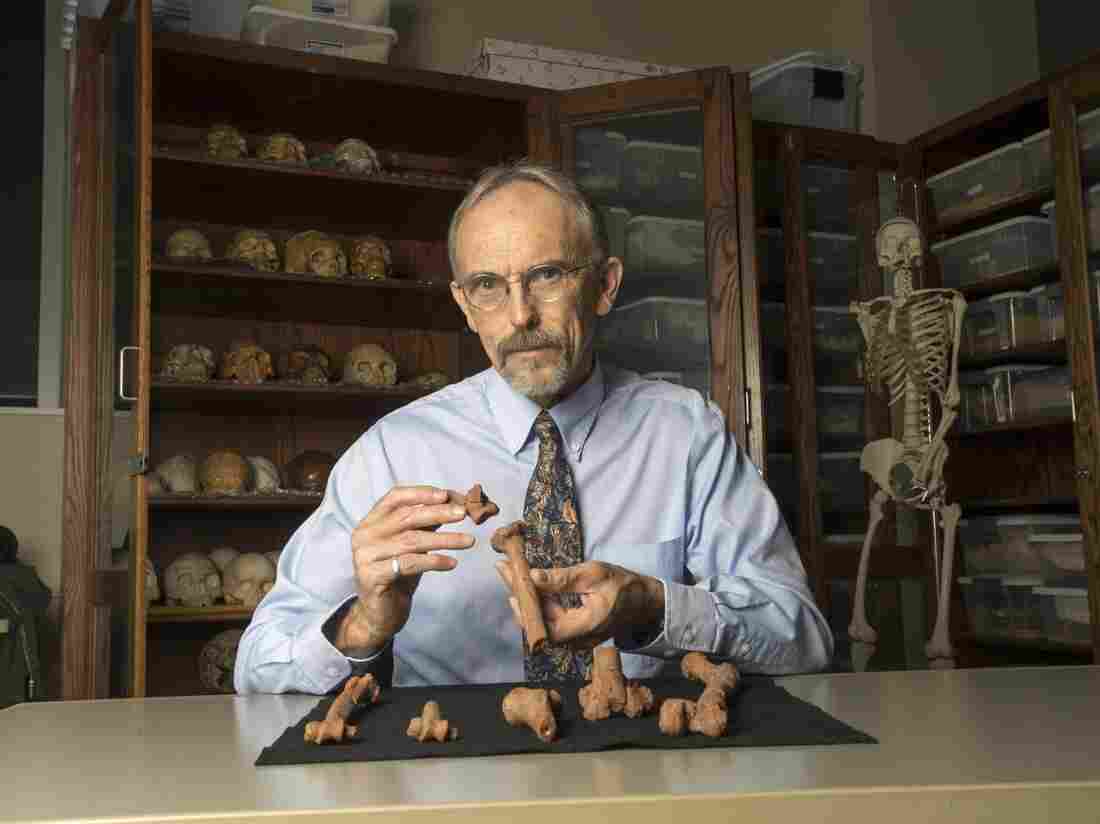 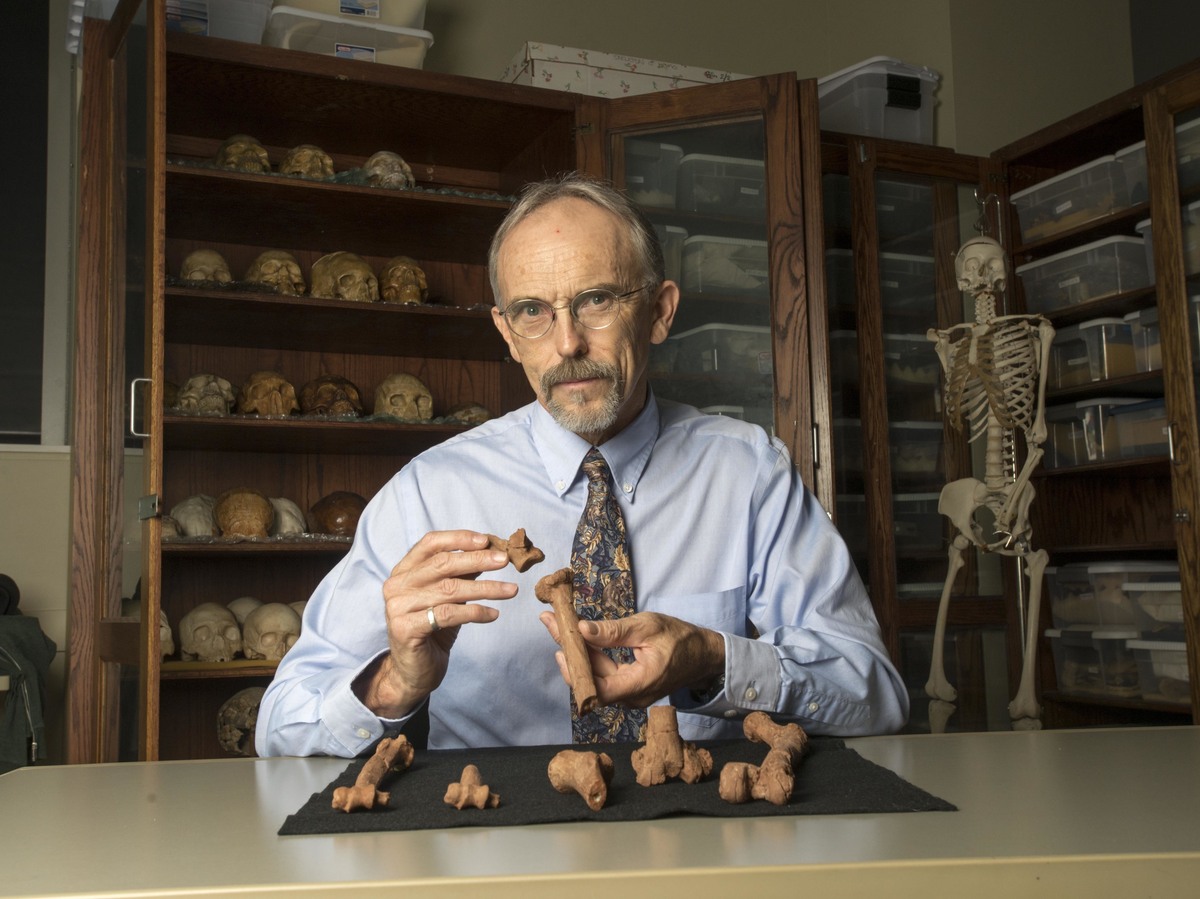 We know a lot about the life of Lucy, the famous fossil of Australopithecus afarensis — our ancient ancestor and bridge to the ape world.

Lucy was 3 feet tall; she lived in what is now Ethiopia and she walked upright. She ate leaves, grass and maybe nuts and seeds. She probably slept in a tree nest.

And now, scientists say they know something about her death. In a study published Monday in Nature, researchers at the University of Texas present evidence they say shows Lucy died after she fell out of a tree.

For decades, people who have spent their careers studying Lucy's bones have debated how much time she spent in trees. After today's paper was published, some paleoanthropologists criticized its findings, saying there was insufficient evidence to support the tree-fall theory.

The basis of the new study is a 3-D scan of Lucy's bones, which the team conducted when her skeleton toured research institutions all over the country beginning in 2007. The bones are full of cracks — a lot can happen to a skeleton over 3.18 million years in the ground — but when the team analyzed the CT scan, it team found some that looked like the kind of bone fractures that happen when a body falls to the ground. 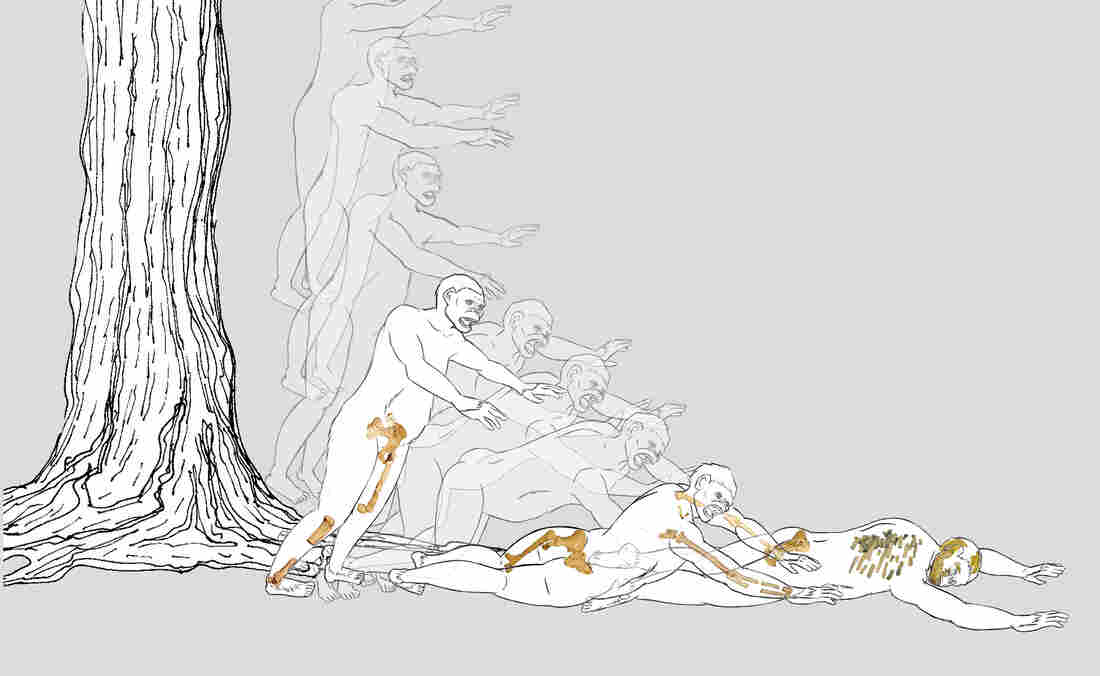 An illustration shows how Lucy might have fallen from a tree, and the broken bones stemming from her fall. John Kappelman/Nature hide caption 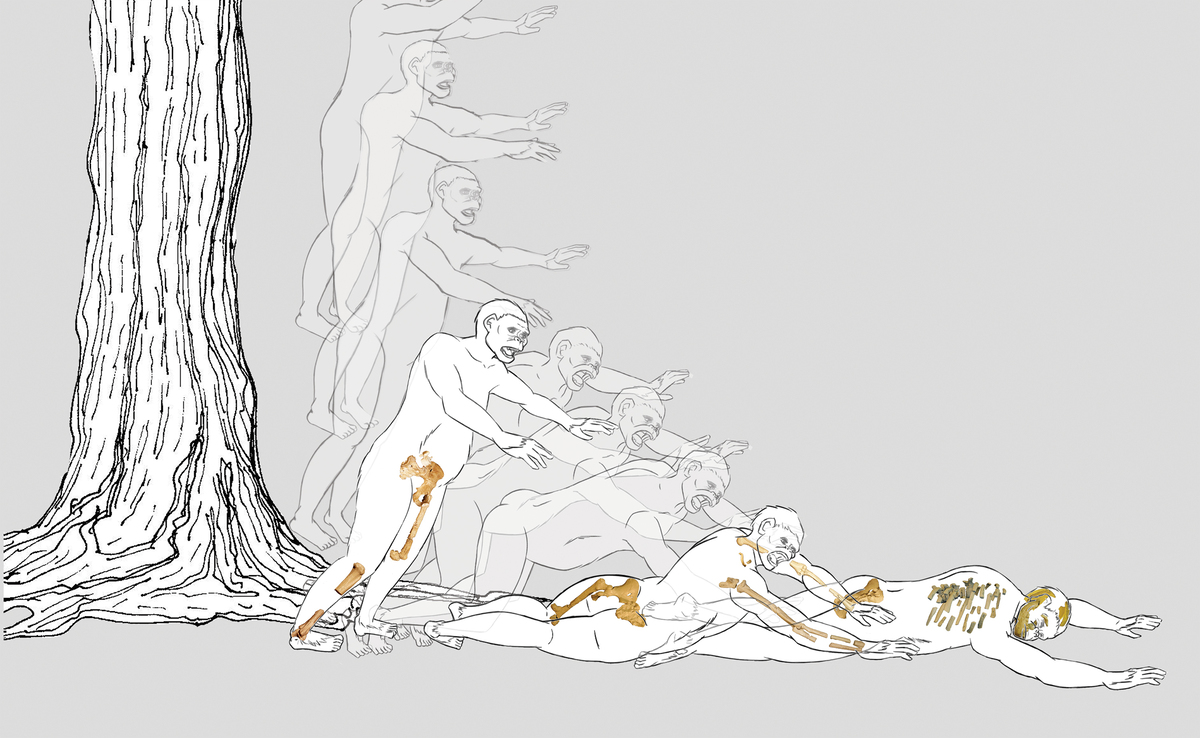 An illustration shows how Lucy might have fallen from a tree, and the broken bones stemming from her fall.

For example, the researchers present images of a break they say occurred when Lucy put out her arm to stop herself as she fell. It's what orthopedists call a hinge, or greenstick fracture, where the bone bends and cracks. Her arms also show spiral fractures, which happen when the bone twists as it breaks.

The team also presents images of what it says are compressive fractures, where the head of the long bones on both arms shattered, the researchers say, as she hit the ground.

The cracks themselves are nothing new — paleontologists have been studying Lucy's skeleton, and all its cracks, since they found her bones in 1974. But until now, the cracks were thought to be damage from the 3.2 million years her skeleton spent in the ground.

And NPR's Christopher Joyce reports some scientists who have spent decades studying Lucy's skeleton aren't convinced by the new evidence to the contrary.

Move Over, Lucy; Ardi May Be Oldest Human Ancestor

Tim White, a paleoanthropologist at the University of California, Berkeley, has studied Lucy and other Australopithecus fossils, and he doesn't think there is enough evidence to say how Lucy died.

"Most, if not all of the breaks appear to be the result of geological processes well after the time of death," he tells Christopher. "Fossilization makes bones brittle, and when fossils are embedded in sediment they are often cracked, crushed and distorted."

White disagrees with the word "fracture" to describe the breaks in Lucy's bones, because it's the word doctors use to describe a broken bone in a living person. The study in Nature is titled "Perimortem fractures in Lucy suggest mortality from fall out of tall tree."

"Use of the word 'fracture' in this context has medico-legal connotations," White says. "Unless the cracks are demonstrated to have been made around the time of death, 'cracks' is a less misleading term than 'fracture.' "

Another paleoanthropologist, William Jungers at Stony Brook University, says he was also skeptical when he first saw the research. He was one of the scientists who peer-reviewed the research paper before it was published, and when he read it closely, he concluded the findings were "plausible."

A previous version of this post said research on Lucy's bones appeared in Nature Communications. It was published in Nature.