Accessibility links
Islamic State Says One Of Its Senior Leaders Has Been Killed : The Two-Way Abu Mohammed al-Adnani was in charge of propaganda and was one of the first to oppose coalition forces in Iraq. The Islamic State's semi-official news agency announced his death.

Islamic State Says One Of Its Senior Leaders Has Been Killed

Islamic State Says One Of Its Senior Leaders Has Been Killed 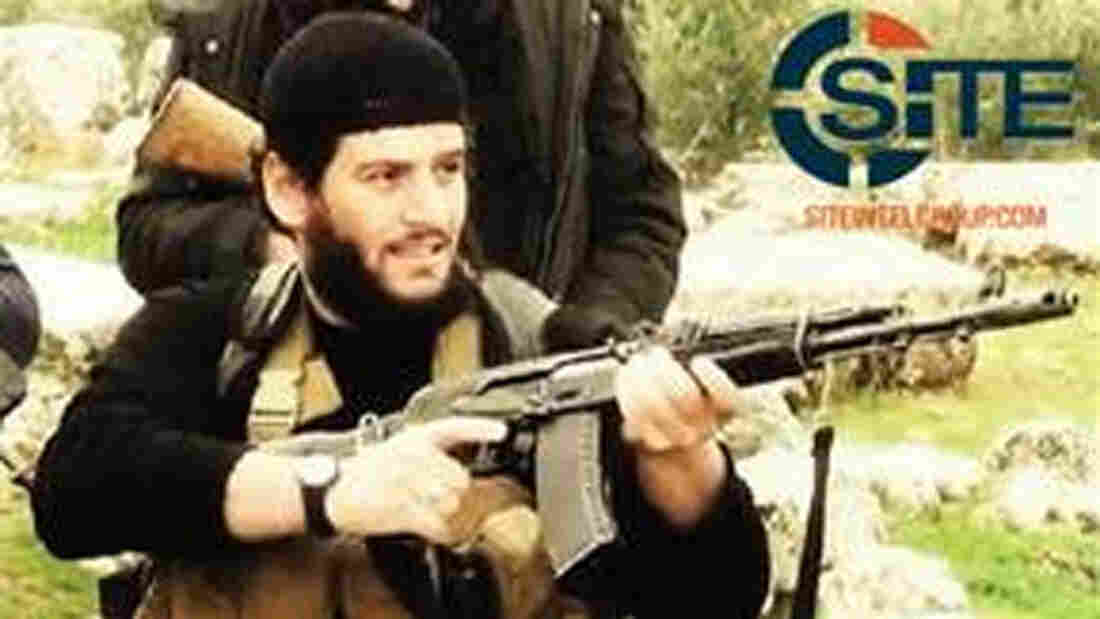 Abu Muhammed al-Adnani, spokesman for the Islamic State, has been killed in northern Syria, according to the IS semi-official news agency Amaq. He's shown here in an undated image provided by SITE Intel Group. AP hide caption 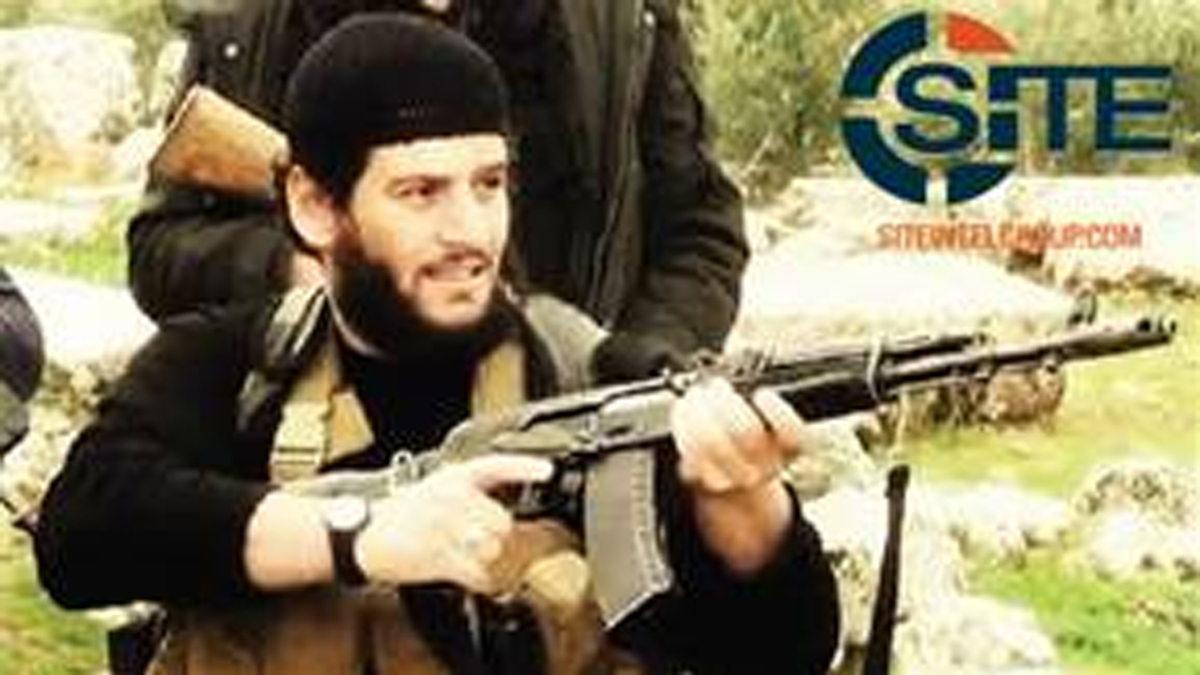 Abu Muhammed al-Adnani, spokesman for the Islamic State, has been killed in northern Syria, according to the IS semi-official news agency Amaq. He's shown here in an undated image provided by SITE Intel Group.

One of the Islamic State's top commanders and the man in charge of disseminating its propaganda was killed in Aleppo, Syria, the group's semi-official Amaq news service announced.

Abu Mohammed al-Adnani, the news service said, was "martyred while surveying the operations to repel the military campaigns against Aleppo."

The report did not list a cause of death.

The Islamic State has erroneously claimed its operatives are dead in the past, and the Pentagon has not confirmed his death. Law enforcement sources tell NPR's Dina Temple-Raston that they believe the announcement is genuine.

Responding to questions about Adnani, a senior defense official told NPR's Tom Bowman that the U.S. targeted a senior ISIS leader with an airstrike today in al-Bab, Syria, which is about 27 miles outside Aleppo.

"We are still assessing the results of the operation at this time," the defense official said.

Adnani, whose real name was Taha Sobhi Falaha, was born in Syria, according to the U.S. State Department. He was one of the first foreign fighters to oppose the U.S.-led coalition in Iraq and is responsible for publicizing — and voicing — the Islamic State's claim to forming a so-called Islamic Caliphate.

The State Department was offering a $5 million reward for information leading to his arrest.

Earlier this month, The New York Times' Rukmini Callimachi told NPR that Adnani should be as well-known as Osama bin Laden.

"He is the spokesman of the group. He's the head of their propaganda," Callimachi said. "But more importantly, he is the head of the Emni, which is the body that is responsible for exporting terror abroad."

In other words, Callimachi said, Adnani has been directly linked to the attacks abroad, like the one in Paris.