Accessibility links
First U.S.-Cuba Commercial Flight In More Than 50 Years Has Landed : The Two-Way The JetBlue flight from Fort Lauderdale, Fla., to Santa Clara, Cuba, marks another milestone in the thawing relationship between the two countries. The jet is piloted by two sons of Cuban immigrants.

First U.S.-Cuba Commercial Flight In More Than 50 Years Has Landed

First U.S.-Cuba Commercial Flight In More Than 50 Years Has Landed 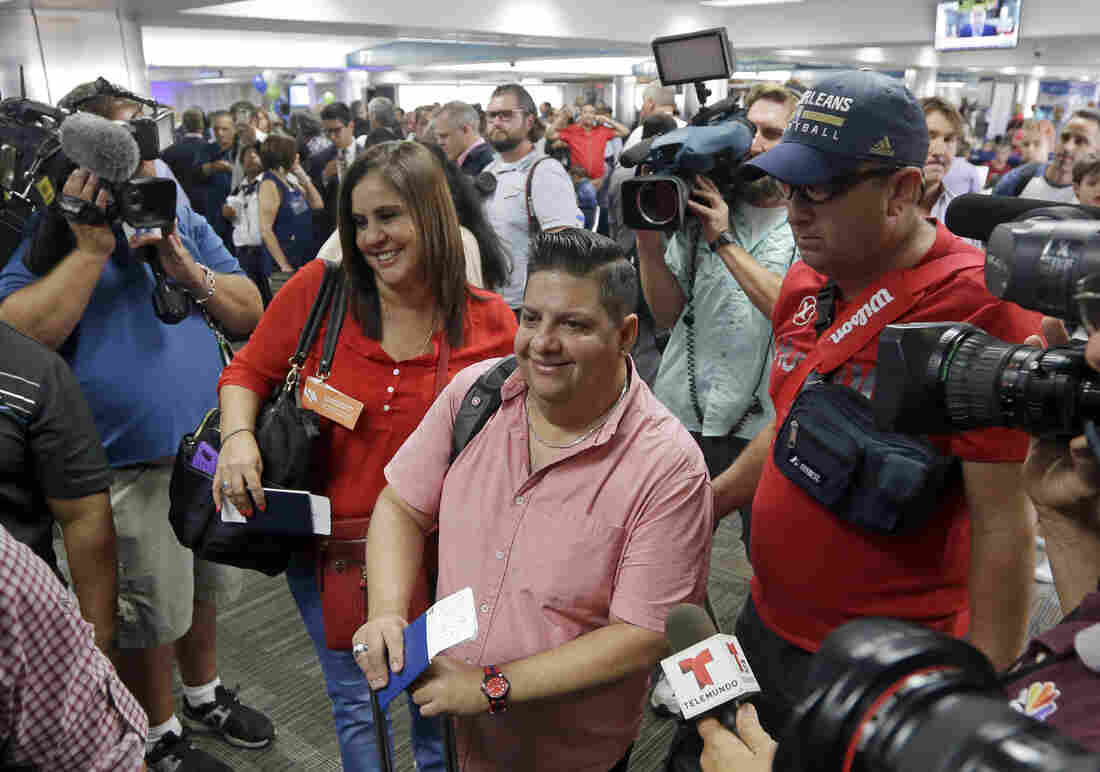 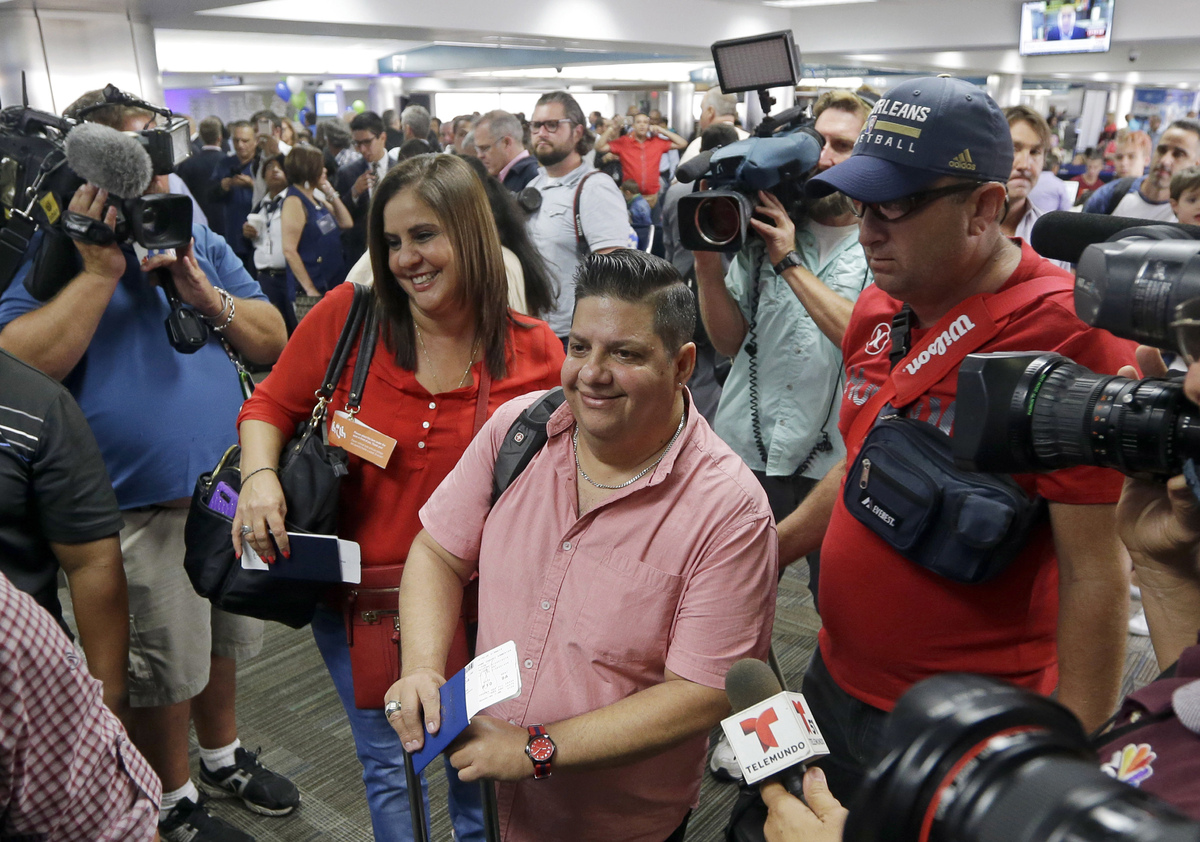 Passengers in Fort Lauderdale, Fla., prepare to board JetBlue Flight 387 to Santa Clara, Cuba, on Wednesday.

The first commercial flight from the U.S. to Cuba in more than half a century landed Wednesday in the Cuban city of Santa Clara, marking another milestone in the thawing relationship between the two countries.

The inaugural trip was a JetBlue flight from Fort Lauderdale, Fla., that took off Wednesday morning bound for Abel Santamaria International Airport in central Cuba. And as NPR's Scott Horsley tells our Newscast unit, two Cuban-American pilots were at the controls.

Doors closed! The first scheduled flight between the USA and Cuba is officially on! #HelloCuba @JetBlue #JetBlueSNU pic.twitter.com/Dje9GlhBg0

And as The Associated Press reports, "Cheers broke out in the cabin of JetBlue Flight 387 as the plane touched down. Passengers — mostly airline executives, U.S. government officials and journalists, with a sprinkling of Cuban-American families and U.S. travelers — were given gift bags with Cuban cookbooks, commemorative luggage tags and Cuban flags, which they were encouraged to wave for the TV cameras at the tarmac."

It's the first such trip since the height of the Cold War. Previously, most Americans flying to Cuba would either take charter flights or travel through a third country.

Meanwhile, other airlines are making plans to expand their service to the island nation. As Scott reported, "American Airlines launches regular service from Miami next week. And half a dozen other U.S. carriers are expected to follow, offering a total of 20 flights each day."

As we have reported, the U.S. embargo remains in place, and U.S. citizens are not allowed to travel to Cuba as tourists. The visit must fall into one of 12 categories, including family visits, journalism and religious activities. But earlier this year, the U.S. loosened the embargo to allow "person-to-person educational exchange" including independently organized trips, making it easier for U.S. citizens to travel to the country.

The number of U.S. visitors in recent years has already shown a distinct upward trend. As Reuters reported, "In 2015, the Cuban government reported 161,233 Americans visited, compared to 91,254 in 2014, and arrivals through June nearly doubled over the same period last year."

According to The Associated Press, it's not totally clear when the last commercial flight from the U.S. flew to the island: "Historians disagree ... but it appears to have been after Cuba banned incoming flights during the October 1962 Cuban Missile Crisis."

"It's a positive step and a concrete contribution to the process of improving relations between the two countries," Cuba's vice minister of transportation, Eduardo Rodriguez, was quoted as saying by the AP.