Accessibility links
Maine Governor Apologizes To Lawmaker, Vows Never To Speak To Press Again : The Two-Way Days after leaving an obscene voicemail for a lawmaker, Paul LePage waffled on whether he would consider resigning and stood by his statements blaming people of color for Maine's drug problems. 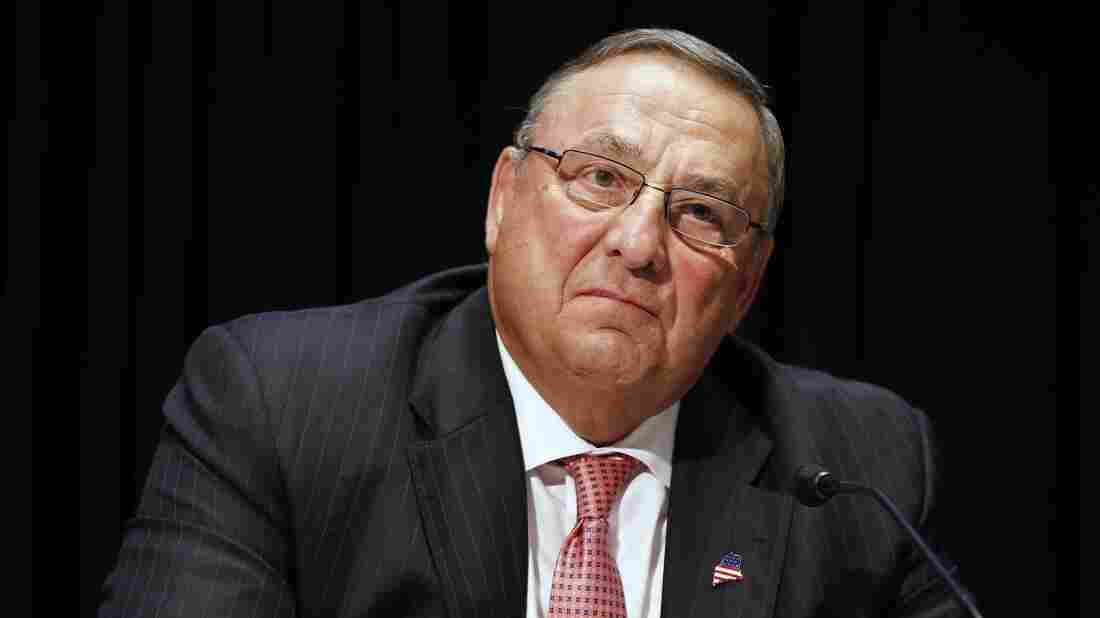 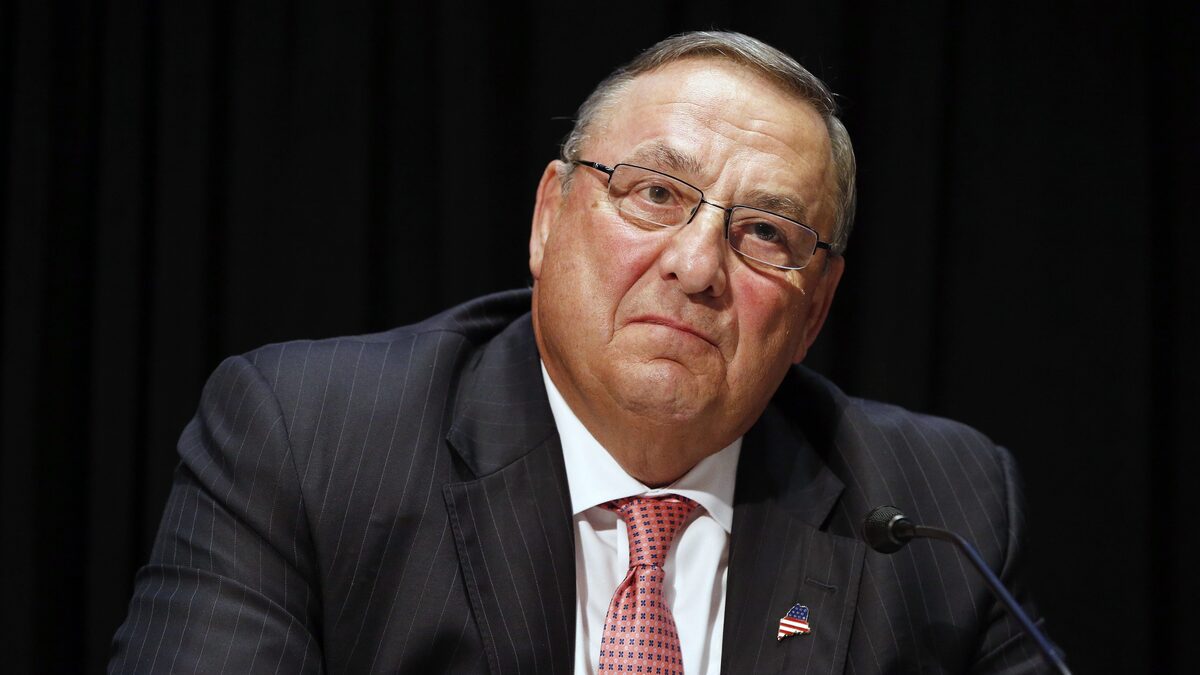 Maine Gov. Paul LePage, shown in June, has been widely criticized for repeatedly blaming Maine's drug trade on black and Hispanic people. After a lawmaker called his comments racially charged and unhelpful, LePage left him an obscene voicemail.

After leaving an obscene voicemail for a state legislator, Maine Gov. Paul LePage has apologized to that lawmaker, waffled on whether he would consider resigning, and stood by his widely criticized comments characterizing drug dealers as overwhelmingly black and Hispanic.

LePage also has told reporters he will never again speak to the press.

LISTEN: Maine's Governor Unleashes Obscenities On Lawmaker Who Criticized Him

You might remember that the Republican governor left a remarkably vulgar message for Democratic Maine Rep. Drew Gattine last week.

LePage has repeatedly characterized Maine's drug problem as being caused by people of color coming into the state to sell drugs — invoking offensive stereotypes and non sequitur references to "white girls" as he does so. Gattine had described these remarks as racially charged and unhelpful.

This is far from the first time LePage's behavior has crossed a line of civility, as Steve Mistler of Maine Public Radio reported on Morning Edition:

"LePage's tenure as governor has been a six-year odyssey of the impolitic — from crude sexual references about a Democratic senator to his granting an audience to anti-government extremists who suggested the public execution of two Democratic legislative leaders.

"But LePage weathered those controversies, winning re-election two years ago. And he quashed an impeachment effort this earlier year."

Since the voicemail became public, LePage has addressed his behavior in several — sometimes contradictory — ways. Here's a sample:

LePage has apologized to Gattine

He explains that he thought Gattine was calling him racist — but now realizes that Gattine used the words "racially charged" instead, The Associated Press reports.

"Maybe in my mind it is semantics, but in his mind, after talking to him it was clear that there was a real difference," LePage said at a press conference Wednesday. "Fine."

For the record, many people are very willing to call LePage a straightforward racist for his comments on people of color.

He has doubled down on his remarks on race, while denying they are racist

On Friday, he said at a press conference that "when you go to war ... you shoot at the enemy. ...

Maine Governor To Citizens: 'Load Up And Get Rid Of The Drug Dealers'

"And the enemy right now, the overwhelming majority of people coming in are people of color or people of Hispanic origin," he said.

"I didn't use racially charged language," he said Wednesday.

He said being called racist is "enormously hurtful"

"Being called racist is very, very sensitive to me," he said.

Believing that Gattine was using the word "racist" to describe his behavior was "a horrible thing for me," he said during a press conference Wednesday. "It was enormously hurtful. It hurt my family."

LePage has apologized to the people of Maine

"I have never met a person who's been perfect and not made a mistake and, ah, hopefully the people of Maine will say, 'OK, we'll forgive you this time and you clean up your act and let's move forward,' " he said during a radio broadcast Tuesday.

He said he would consider resigning ...

Democrats in Maine say LePage isn't fit to hold office and needs to step down. The Republicans in the state Senate have also expressed concerns, asking the governor to come up with a plan for corrective action.

On Tuesday he tweeted, "Regarding rumors of resignation, to paraphrase Mark Twain: 'The reports of my political demise are greatly exaggerated.' "

"I will not resign," he said Wednesday.

Democratic legislators in Maine had described LePage's behavior as abnormal and wondered if he was suffering from an addiction or mental illness. LePage addressed that idea on Wednesday.

I don't have mental health issues. What I have is a backbone.

"I will tell you this: To whomever it was, I'm not an alcoholic and I'm not a drug addict and I don't have mental health issues. What I have is a backbone."

He blamed a reporter for his current situation

LePage called Gattine and left his obscene voicemail after a TV reporter had asked the governor how he would respond to people who criticized his remarks.

The governor says that reporter mischaracterized Gattine's use of the phrase "racially charged" as an allegation of racism.

"That was a cheap shot and [the reporter] got my goat — and I don't know if he researched and knows that I am very sensitive to helping black people in some of the Carribbean islands but it's very sensitive, and he hit a wrong button. He hit a wrong nerve," LePage said Wednesday.

He said the reporter in question owes an apology, too.

He swore off conversations with the media

Asked on Wednesday whether he would change any of his behavior moving forward, the governor said, "I will no longer speak to the press ever again after today. And I'm serious. Everything will be put in writing.

"I am tired of being caught — the gotcha moments," he said.