Accessibility links
Hermine Strengthens Into A Hurricane As It Approaches Florida : The Two-Way The storm is expected to hit Florida before crossing overland toward the Carolinas. If it follows predictions, it will be the first hurricane in 11 years to make landfall in Florida.

Hermine Strengthens Into A Hurricane As It Approaches Florida

Hermine Strengthens Into A Hurricane As It Approaches Florida 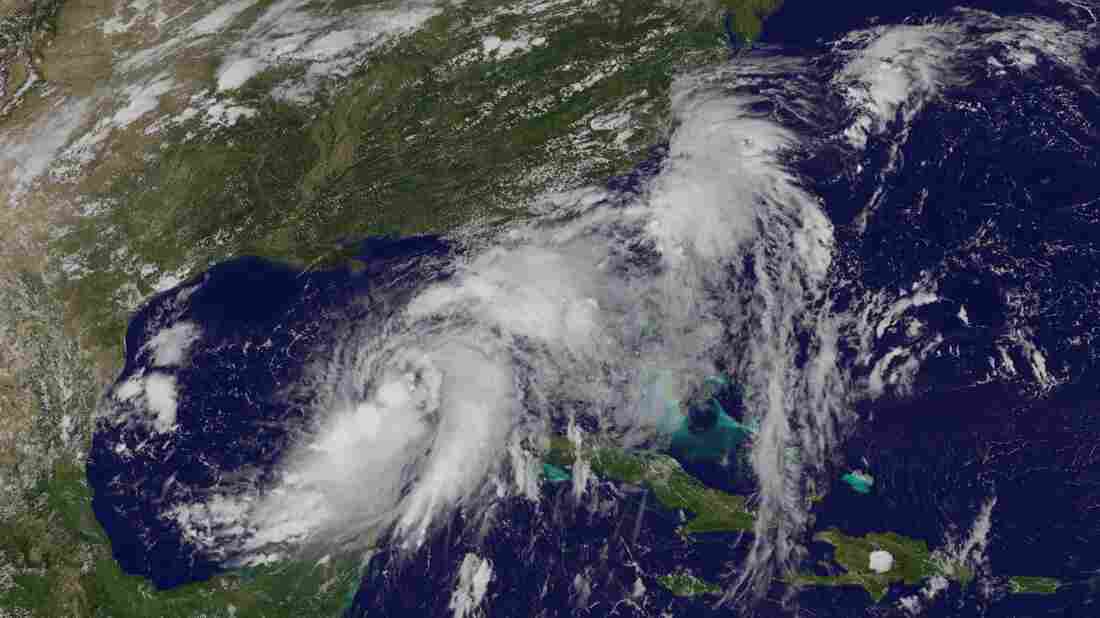 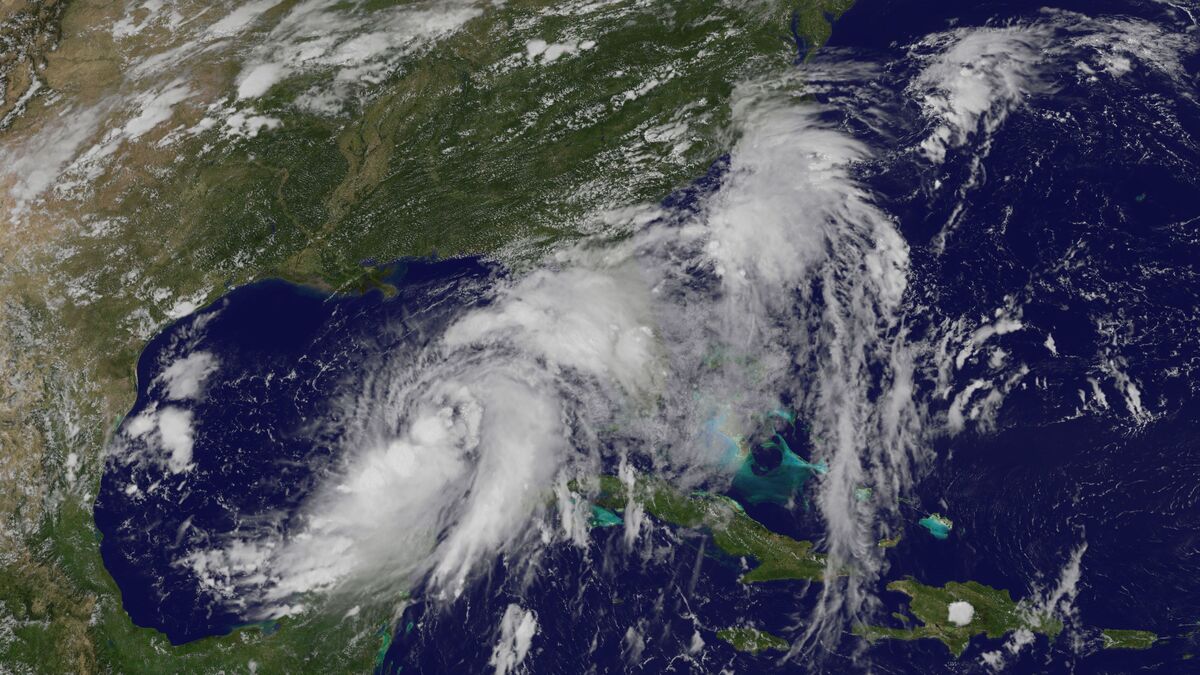 Hermine, in the Gulf of Mexico, is growing stronger as it approaches the Florida coast, and is now packing the force of a hurricane, the National Hurricane Center says.

The storm, which has been moving very slowly, is forecast to make landfall north of Tampa, likely early Friday. It's then predicted to pass overland toward the coasts of Georgia, South Carolina and North Carolina, weakening as it goes.

It's been nearly 11 years since a hurricane made landfall in Florida: Since Hurricane Wilma hit the state in 2005, not a single hurricane has made landfall along the Florida coastline.

Yes, The U.S. Is On A Historic Lucky Streak In Dodging Major Hurricanes

It also becomes the first hurricane to form in the Gulf Coast since 2013, ending the longest streak of hurricane-free days recorded in the last 130 years.

We should note that even storms that are not hurricanes can cause devastating damage. And a recent article in the Bulletin of the American Meteorological Society, addressing the frequency of major hurricanes making landfall in the U.S., called the definition of such a drought "largely arbitrary."

The National Hurricane Center warns of strong winds and a dangerous storm surge along Florida's Gulf Coast and says rain accumulation may cause flash flooding in any of the affected states.

There's also a risk of tornadoes, the center says. 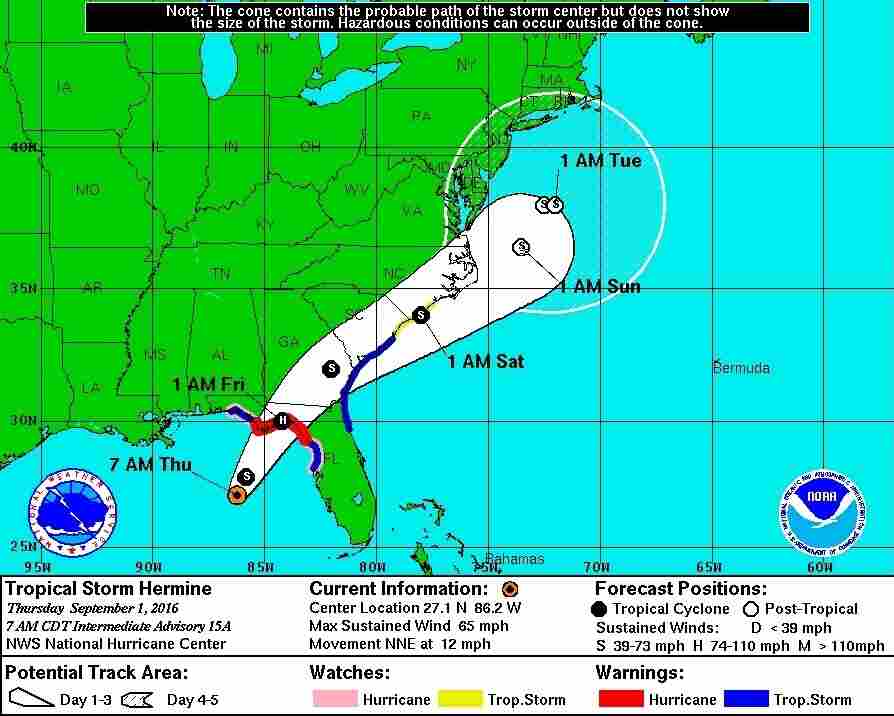 Florida Gov. Rick Scott ordered all state offices in 51 counties to close at noon on Thursday, and Georgia Gov. Nathan Deal declared a state of emergency in 56 counties ahead of the storm.

Meanwhile, Hawaii has dodged a direct hit from one of two powerful storms in the Pacific, as Bill Dorman of Hawaii Public Radio reports for our Newscast unit:

"Tropical Storm Madeline did not make a direct hit on the Big Island of Hawaii. The center of the storm passed south of the island, but high winds and heavy rains did barrel ashore, sparking a flood advisory.

"Madeline was downgraded from a hurricane on Wednesday but remained strong enough to cause damage. About 3,600 customers lost electricity during the day; the Hawaii Electric Light Co. reported most had power restored by nightfall.

"Hurricane Lester remains farther off the coast of the island chain and has weakened — but still remains a potential threat for Labor Day weekend."