Accessibility links
Idaho Wildfire Grows Quickly, Could Keep Burning Until October : The Two-Way The Pioneer Fire in the Idaho backcountry has been burning since July, but it exploded in size this week during hot, dry weather. Smoke from the blaze has created a monstrous cloud visible from space. 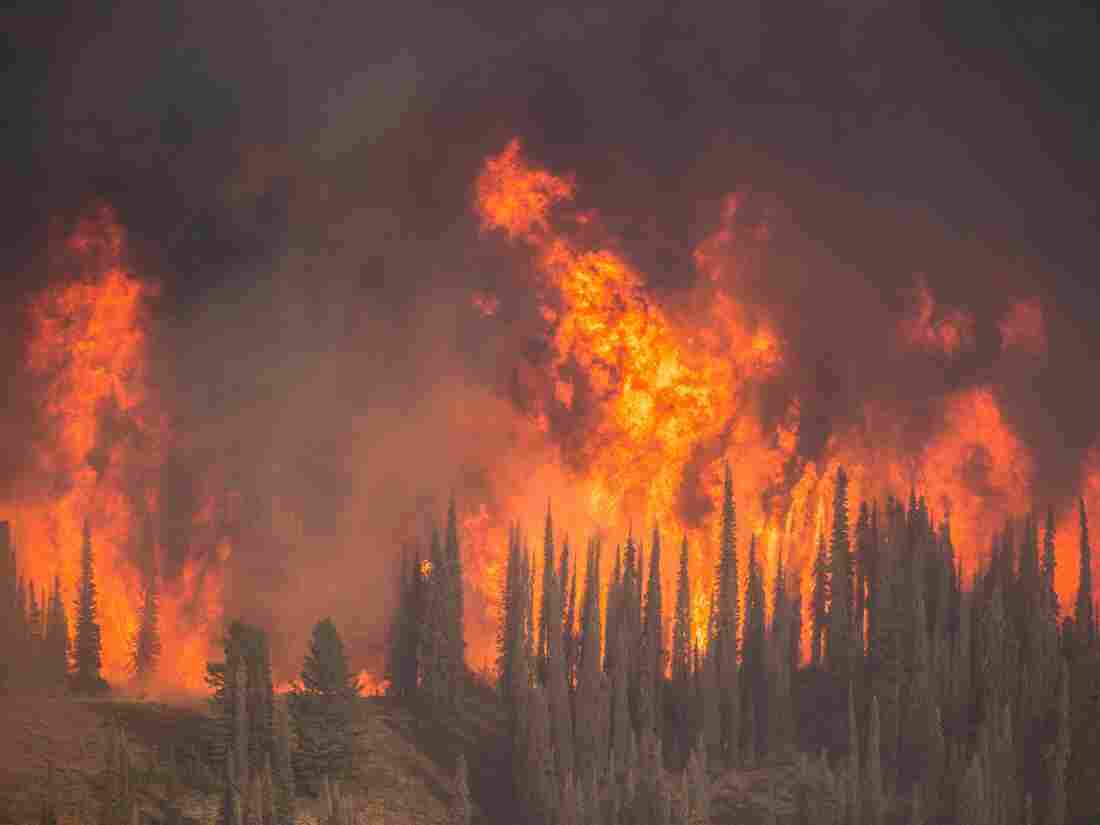 The Pioneer Fire has been burning in Idaho since July, and hot, dry weather caused the fire to grow rapidly this week. National Forest Service hide caption 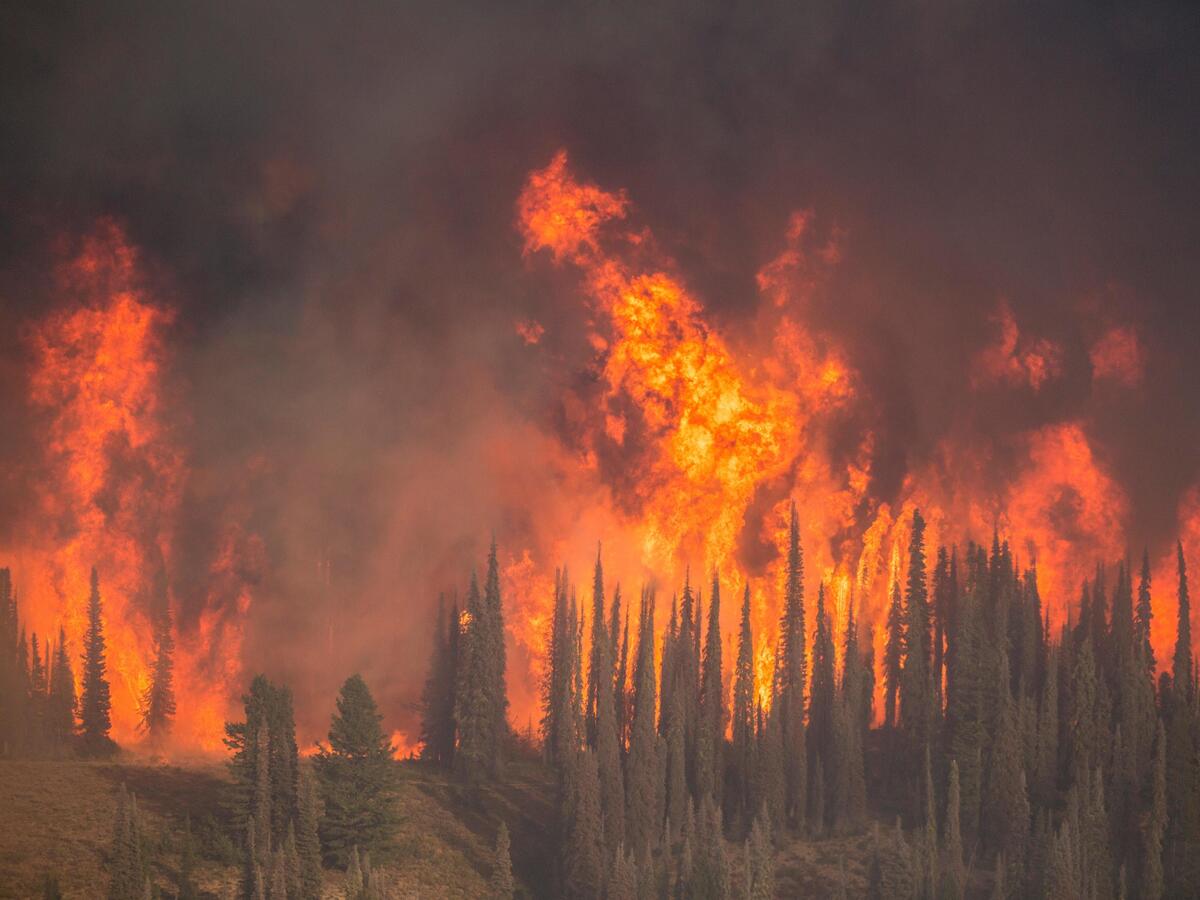 The Pioneer Fire has been burning in Idaho since July, and hot, dry weather caused the fire to grow rapidly this week.

In Idaho, a wildfire has burned nearly 250 square miles of forest and is growing quickly. About 157,000 acres are currently on fire in Boise National Forest in the western part of the state, northeast of Boise.

The blaze, known as the Pioneer Fire, has been burning for several weeks, but hot, dry weather this week caused the wildfire to get much larger.

"The fire grew by 45-square-miles in one day early this week. It grew by another 25 yesterday, but not a single home has been lost to the fire — a testament to the rugged, remote area where it's burned since mid-July.

"A cold front will bring some fall-like weather to the region this weekend, and fire managers say that should help slow the fire. But they say it will take fall rains and potentially even snow to extinguish the fire — something not likely to happen [in western Idaho] until October."

Idaho wildfire officials say the Pioneer Fire was 58 percent contained on Wednesday. There are more than 1,100 people working to contain the fire, which is burning through backcountry forest, and currently doesn't threaten any buildings. As of Wednesday, nine helicopters, 44 fire engines, four bulldozers and 24 water trucks were assigned to help fight the fire.

Large parts of the Boise National Forest have been closed to visitors, and fire officials warn people not to camp north of the blaze. There are no mandatory evacuation orders — the fire is burning in an uninhabited area — but summer cabins nearby are under Level 1 and Level 2 evacuation warnings, which means people staying there should get ready to leave in case the fire grows in their direction. 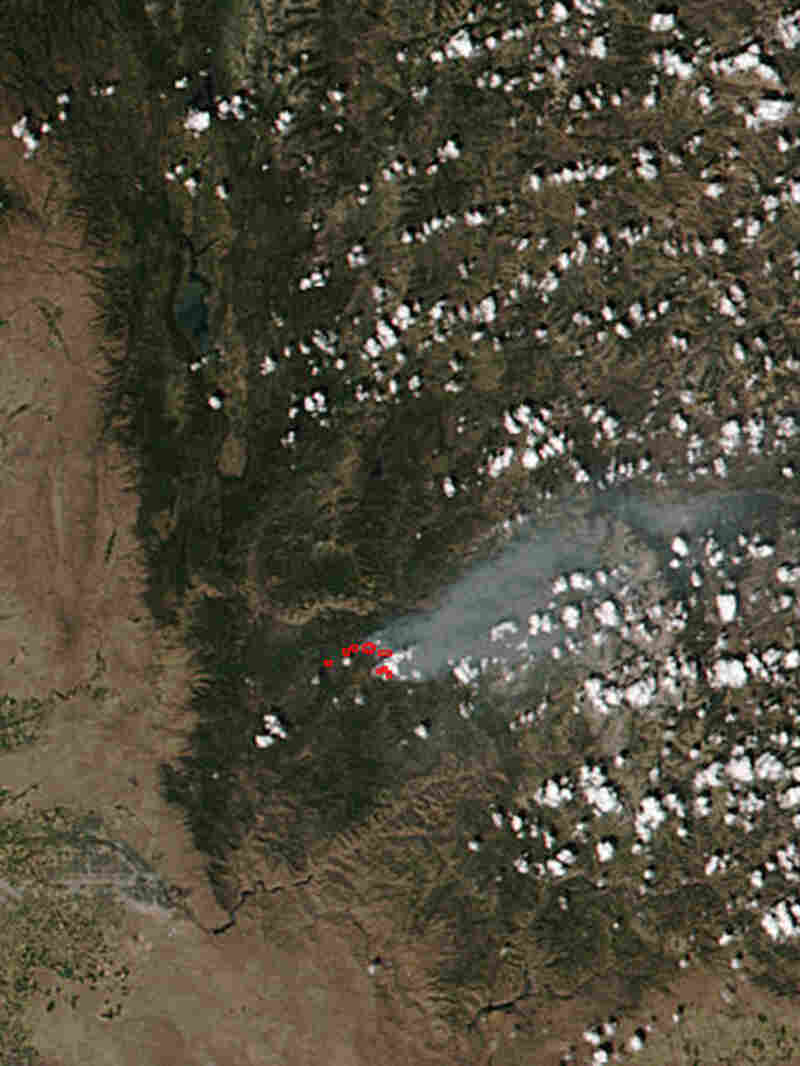 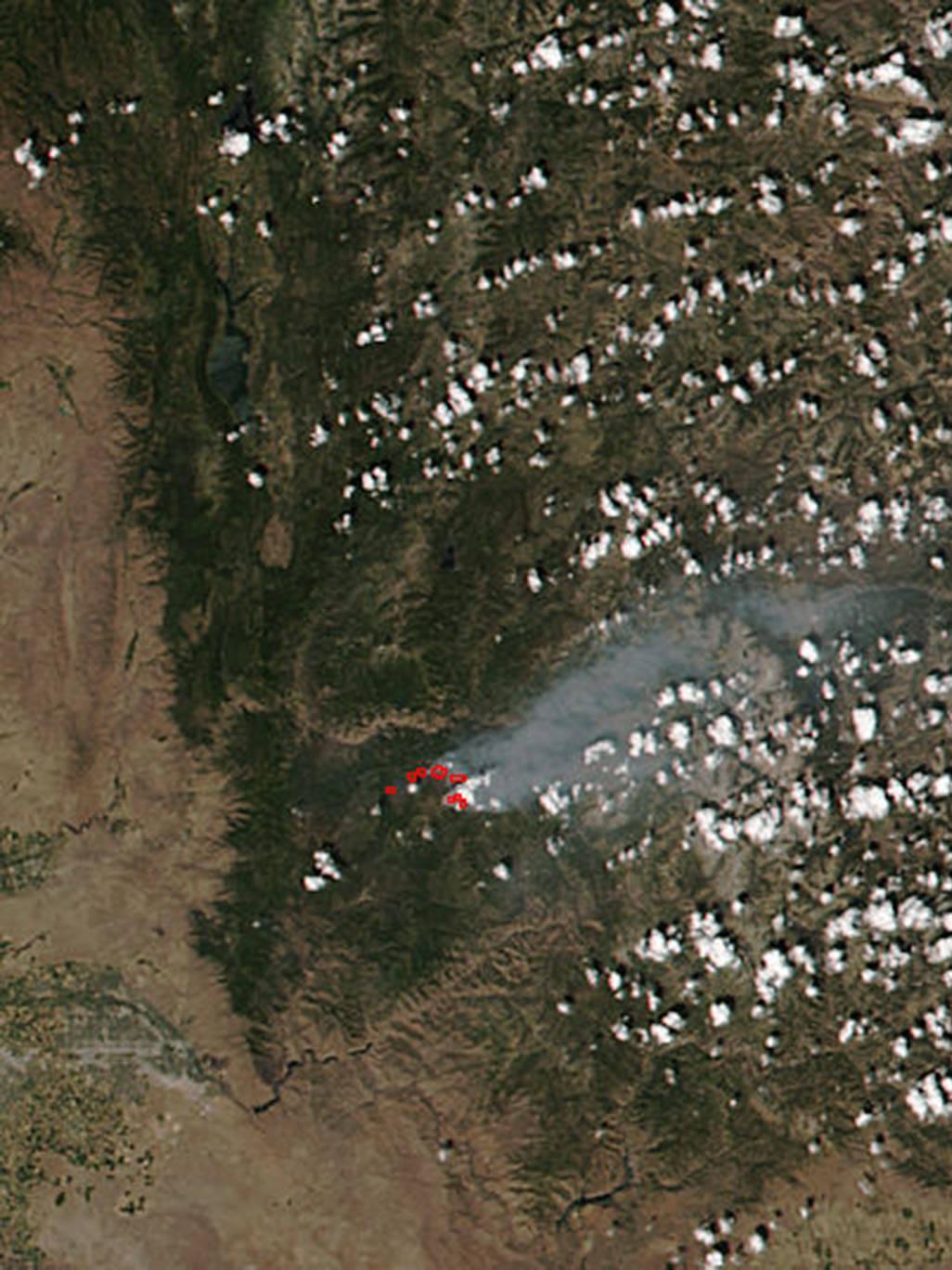 A NASA satellite image captured July 28 shows the smoke plume from the Pioneer Fire. The blaze is 13 times larger now.

Smoke from the wildfire is trapped in a bulbous cloud that blocks out the sky for people who live around the national forest, even those 50 miles or more from the actual blaze. The smoke began to show up on images taken from space back in July. The blaze is 13 times larger now than it was on July 28, when this NASA photo was taken.

In the nearby towns of Garden Valley, Lowman and Stanley, smoke is polluting the air, but the Idaho Department of Environmental Quality predicts wind patterns will help to disperse it.