Accessibility links
Deadly Protests Shake Gabon After Allegations Of Election Fraud : The Two-Way After official results were announced showing the incumbent president had won, protesters called for a vote recount and set fire to parliament. The military retaliated, killing at least three people. 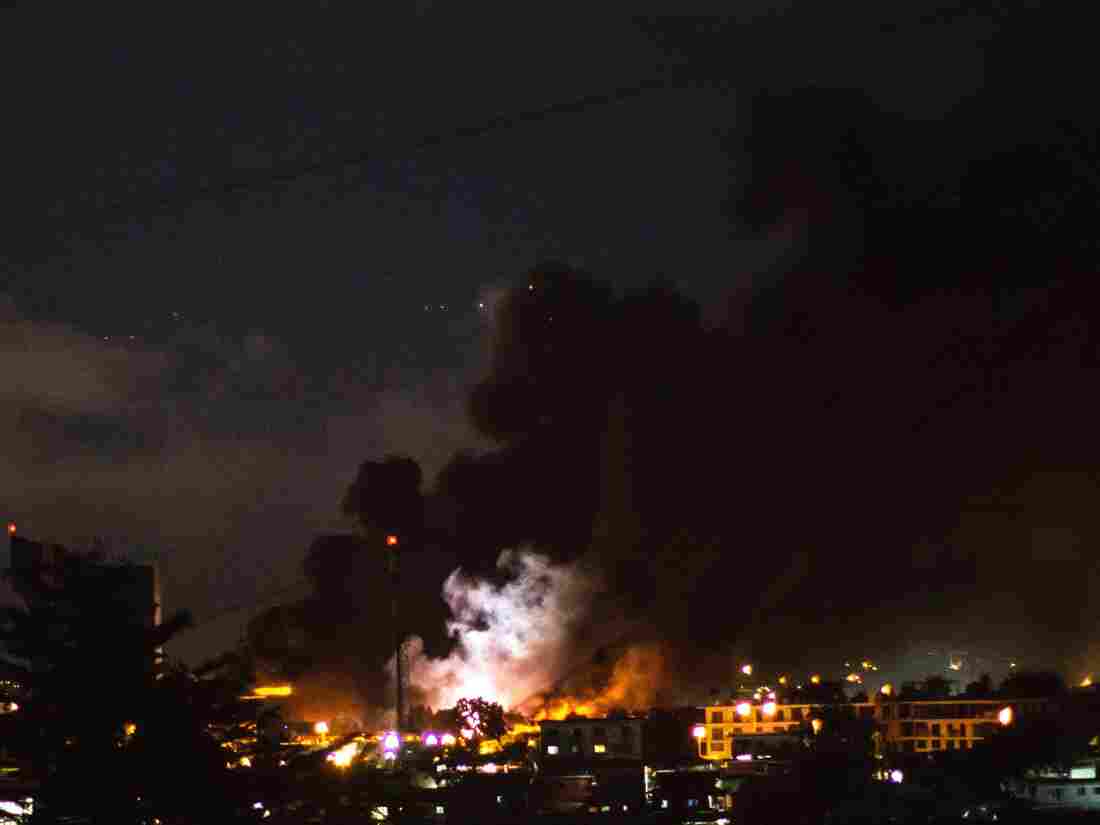 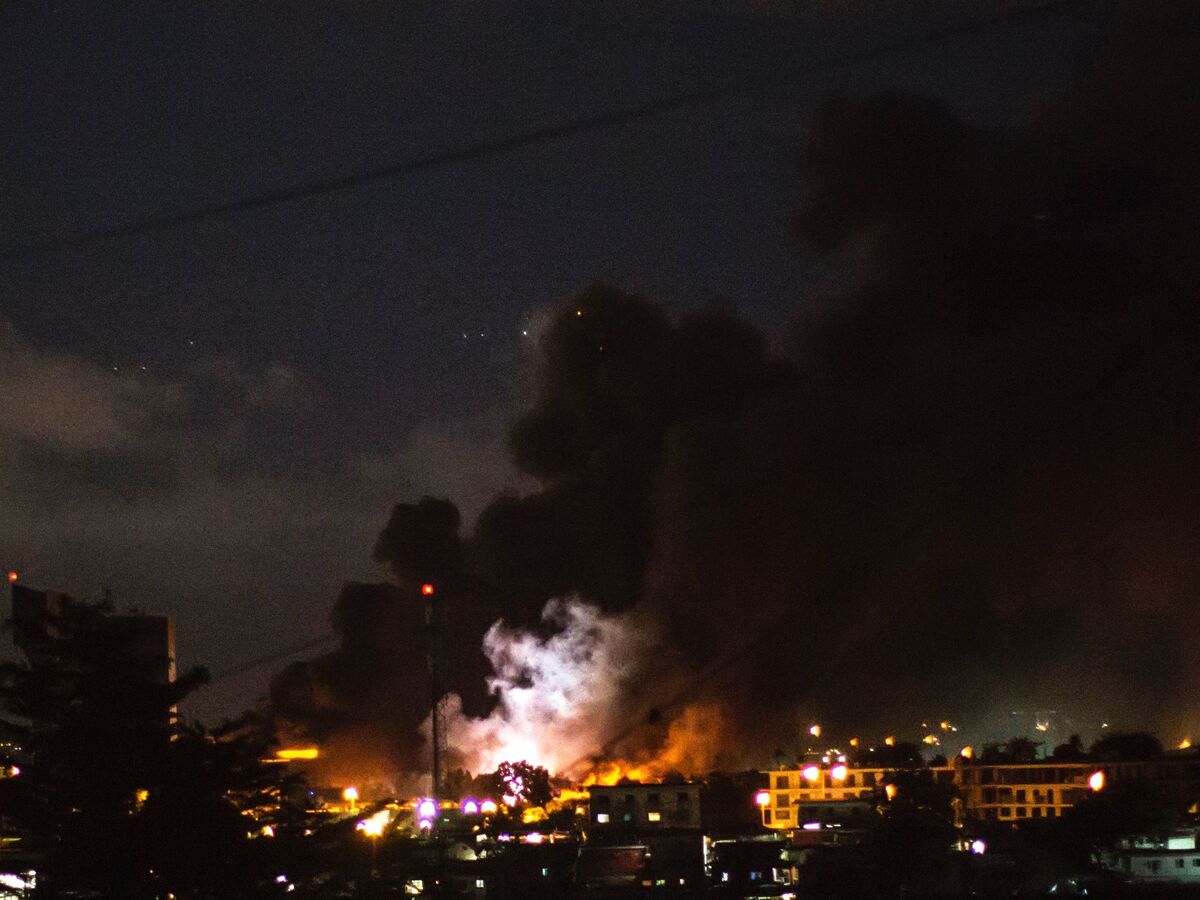 Protesters set the National Assembly building in Libreville, Gabon, on fire after President Ali Bongo was declared the winner of last weekend's election.

In the capital of Gabon, Libreville, hundreds of people have been arrested and at least three people have died amid protests after the sitting president was declared the winner of last weekend's disputed election.

President Ali Bongo Ondimba received 49.8 percent of the vote, compared with 48.2 percent for his rival, Jean Ping, who is the former chairman of the African Union.

NPR's Ofeibea Quist-Arcton reports Ping accuses Bongo of election fraud. He tells Reuters that the presidential guard, which is responsible for providing security for the president, bombed his party headquarters overnight Wednesday, killing two people. Ping was not inside. More than a dozen people in the building were shot by the military.

"Witnesses report the sound of gunfire in Gabon's capital. Gabonese opposition leader, Jean Ping, has reportedly gone into hiding after a helicopter attack on his headquarters.

"A government spokesman says the operation was to root out criminals who had earlier set fire to parliament. ... Ping says Bongo stole the election and the people are being denied democracy in the oil-rich central African nation."

On Thursday, military and police were out in the streets taking down barriers set up during the riots, which seem to have subsided.

United Nations Secretary-General Ban Ki-moon released a statement condemning the violence, "in particular the arson attacks and disproportionate response of security agencies that has led to unfortunate loss of life and property."

Ban also called on the government to restore phone and Internet communications, which went down Wednesday as the protests and riots spread to at least nine neighborhoods across Libreville.

Bongo took power in 2009 after his father, President Omar Bongo, died in office after 42 years in office. After the results were announced late Tuesday, he said the electoral commission's official tally is trustworthy.

"The elections gave their verdict. I know who won and who lost," Bongo told reporters on Thursday. "Who lost? A small group whose only aim is to take power for themselves."

The U.S. State Department issued a statement on Wednesday calling on the Gabonese government to release the individual results from each polling station. "This will help give the people of Gabon, as well as the international community, confidence the announced vote tallies are accurate," the statement from Assistant Secretary John Kirby continued.

"Anyone seeking to challenge the results must do so peacefully and in accordance with Gabon's legal justice system," he wrote.

The European Union also called on the government to assure its citizens that the election had been fair. Beginning on July 30, the EU had 22 election observers in Gabon's nine provinces to monitor the election. In a preliminary report on Tuesday, the observation mission said they were disturbed by a "lack of transparency" in the vote.

In 2011, Bongo traveled to the U.S. and met with President Obama. Afterward, in an interview with NPR, Bongo said he had been fighting corruption in Gabon. "I was not just the normal son of a head of state," he told NPR's Michel Martin. "I don't need people to tell me what's wrong in my country. I've been fighting for more justice, for more democracy, for 25 years."