Accessibility links
U.S.-Funded Afghan Hospital Is Expensive, Late And Poorly Built, Report Finds : The Two-Way The $14.6 million Gardez Hospital in eastern Afghanistan is over budget and might be too expensive for local health authorities to run on their own. 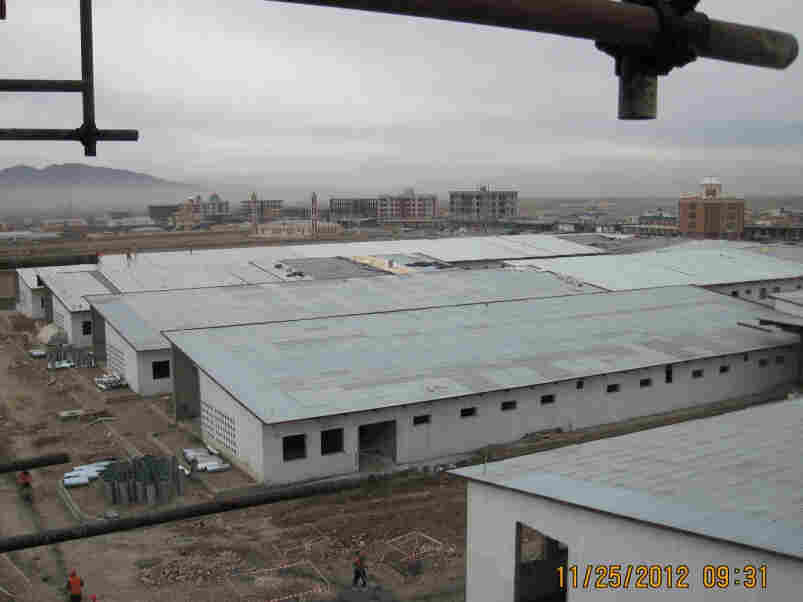 The Gardez Hospital in Afghanistan's Paktia province as seen in 2012. The U.S.-funded hospital still has construction deficiencies nearly five years after the original target date for its completion. SIGAR hide caption 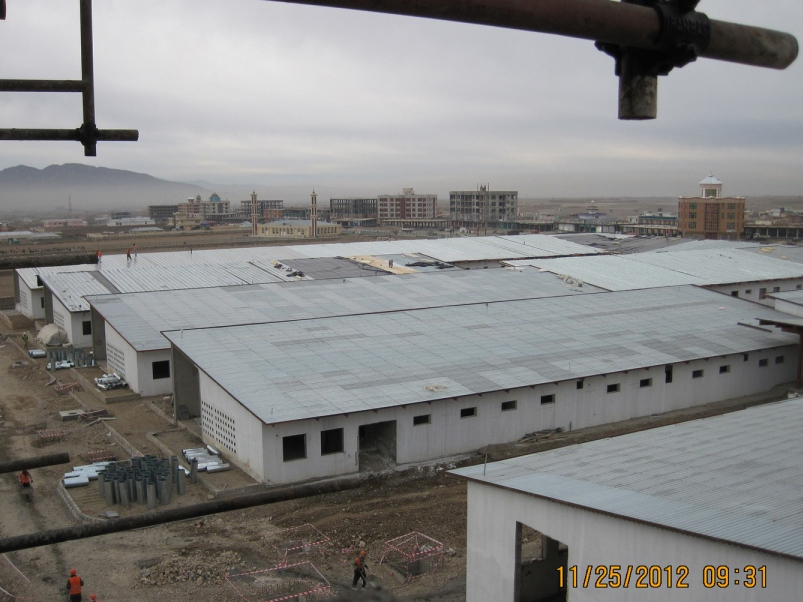 The Gardez Hospital in Afghanistan's Paktia province as seen in 2012. The U.S.-funded hospital still has construction deficiencies nearly five years after the original target date for its completion.

A hospital in Afghanistan paid for by the U.S. is poorly built, years late and might be too expensive for the Afghan government to run on its own in the long-term.

The findings are detailed in the latest report, published Friday, by the Special Inspector General for Afghanistan Reconstruction, or SIGAR, a military agency set up by Congress to audit U.S. spending in the country.

SIGAR has periodically released reports on the Gardez Hospital, which serves Paktia province in eastern Afghanistan. It's a mountainous area that has frequently been a front line in the fighting between the Taliban and U.S. and Afghan forces. Just this month, the Taliban reportedly seized a district about 35 miles east of Gardez.

The hospital is not a military project — it was built to treat civilians. Construction began in 2008 as part of a three-year contract between the U.S. Agency for International Development and the International Organization for Migration, which would handle hiring the contractors. It was supposed to be finished and handed over to the Afghan ministry of health by November 2011.

But that didn't happen. Right from the get-go, the completion date was pushed back — first to June 2013, in a contract with an Afghan building contractor. In October of that year, SIGAR found that the IOM had overpaid the contractor by at least $507,000 for diesel fuel and a thermostat device. The IOM eventually repaid the money to USAID.

Then, when the work wasn't done on time, the contractor was fired. A new contractor, another Afghan construction firm, was supposed to finish the hospital by April 2014.

By that summer, however, the hospital still wasn't finished. It took another year and a half for the hospital to be completed enough to hand over to Afghan authorities. USAID formally shifted control of the hospital in March 2016, nearly five years late, saying it was mostly finished and with only minor repairs left to do.

The almost-done hospital has cost the U.S. $14.6 million.

An inspection of the hospital by SIGAR auditors last year found 42 construction deficiencies. Despite millions of dollars and years of work, parts of the roof were leaking or contained standing water. Doors were missing handles, one of the water towers was leaking, and the hospital had not been reinforced to withstand earthquakes. The hospital is built on the active Chaman fault.

Fire alarms were missing in some parts of the hospital, and if there was a fire, there was no emergency lighting. Some exit signs pointed the wrong direction.

Today's report finds 13 of the 42 deficiencies have been fully addressed.

In a statement emailed to NPR following the release of the SIGAR reporting, Jason Foley, the deputy assistant administrator for USAID's Office of Afghanistan and Pakistan Affairs wrote:

"The Gardez Hospital is a modern, state-of-the-art facility that will provide medical services to a critically underserved population in eastern Afghanistan. For the first time, mothers and children in this region will have local access to higher-quality medical services, including general surgery, pediatrics, obstetrics and gynecology. Patients previously had to travel long distances to Kabul to receive such medical care."

SIGAR has not sent inspectors back to the hospital since March 2015 — saying it is too dangerous. The IOM says it has fixed cracks in the building, repaired peeling paint, that the water tower no longer leaks and the exit signs now point toward exits. It still has to fix the leaky roof.

But they disagree with the inspector general's assessment of the fire precaution system, saying there is no need to upgrade the fire system to include emergency lighting or sprinklers, or to brace hospital equipment in case an earthquake happens.

The hospital is a large facility — 100 beds and multiple wings, including separate wards for men and women having surgery, an emergency ward, a pharmacy, a laboratory and a rehabilitation ward. It has its own deep water well, two diesel generators for electricity and a wastewater treatment plant on site.

There used to be a 70-bed hospital in Gardez. USAID and SIGAR agree that the new facility can provide more complete and advanced medical care to the people who rely on it. But the inspector general notes that, though it has only 30 more beds, the hospital will cost the Afghan government almost four times as much to operate.

The old hospital cost $600,000 per year; the Afghan government estimates the new one will cost $2.3 million, in part because of the more sophisticated medical equipment and the cost of powering it with diesel generators. "It is unclear what steps USAID took to determine whether the ministry [of health] had the ability to operate this facility," the audit's conclusion reads.

Foley of USAID tells NPR that the Afghan ministry of health "intends to fully fund" Gardez Hospital and is trying to connect the hospital to the electrical grid so that it is not dependent on diesel.

"They have developed a plan to run the hospital with funding from the Government of Afghanistan and the World Bank," he writes.

The SIGAR report also calls on USAID to finally finish the hospital, noting that while the Americans have handed it over to the Afghan government, most of the construction deficiencies identified in 2015 have not been fixed. "The number of deficiencies resulting from poor workmanship raises questions about the quality of project oversight," the report concludes.