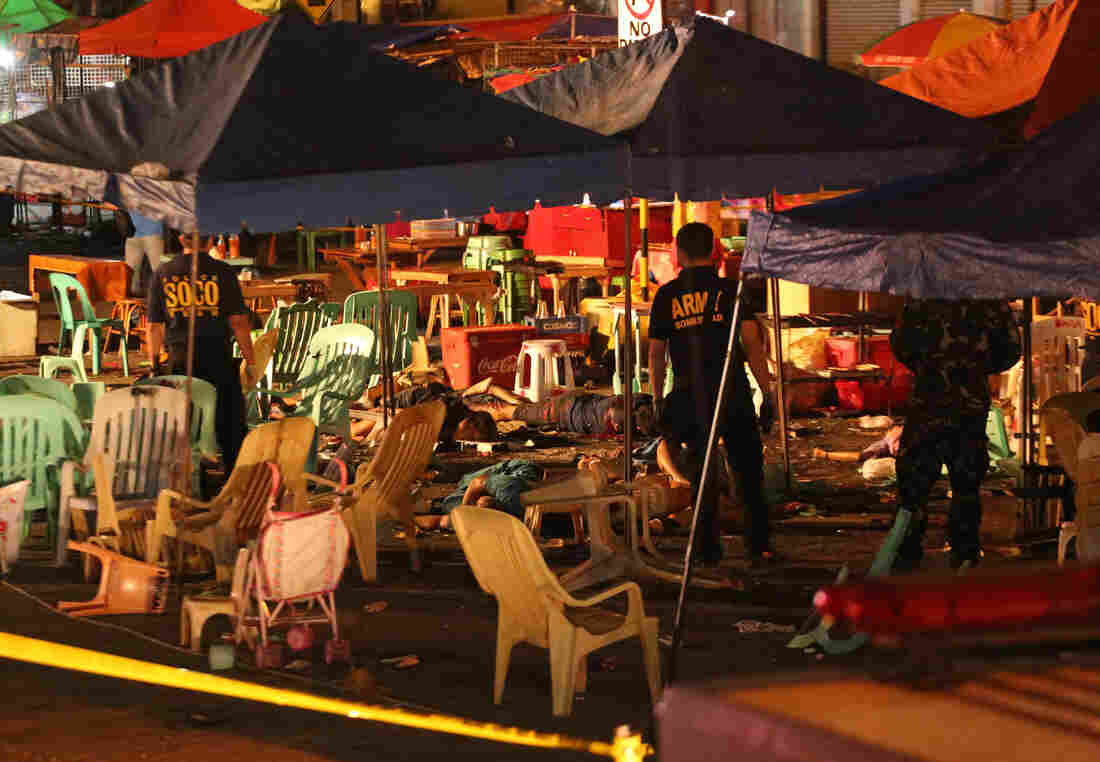 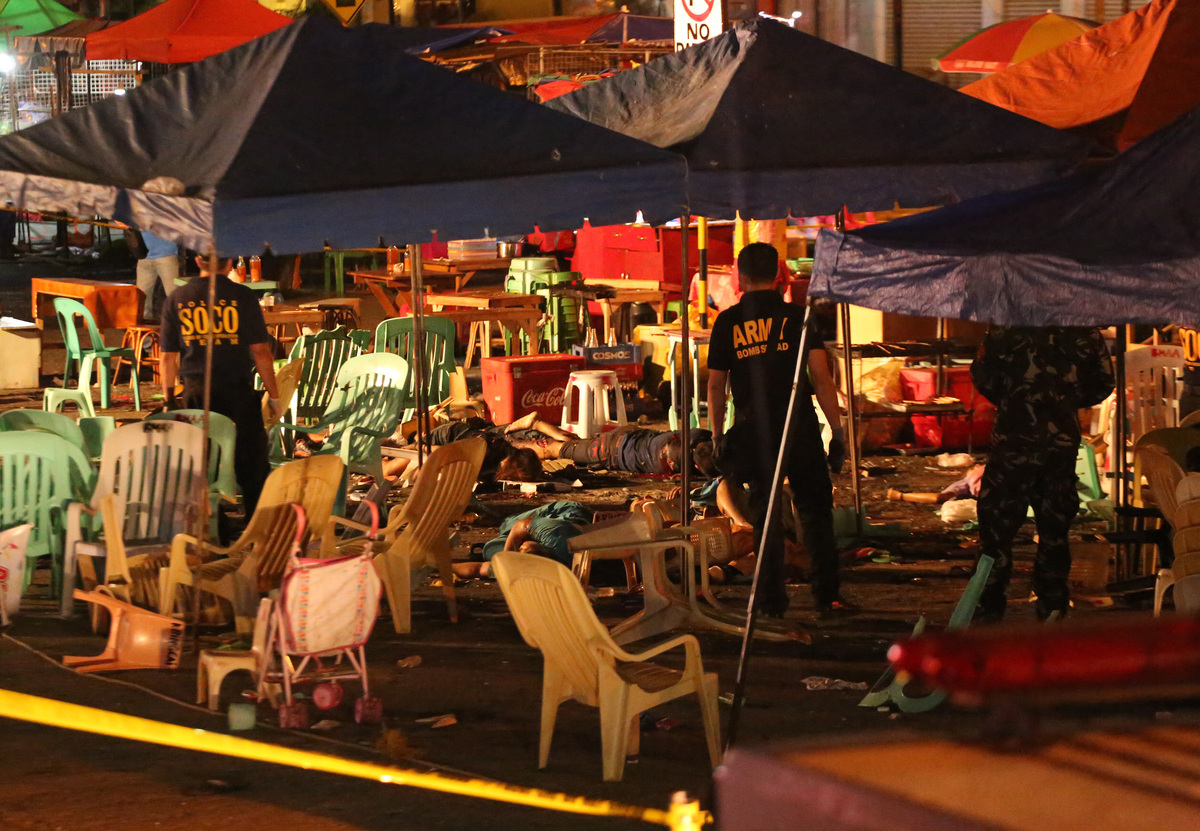 Philippine police officers investigate after an explosion at a night market that left about 10 people dead and wounded several others in southern Davao City, Philippines, late Friday.

An explosion that hit a night market in the hometown of Philippine President Rodrigo Duterte, killing at least 14 people and injuring many more, according to local officials. The blast hit Davao City on Friday, as Duterte was in town for a visit.

More than 60 people were wounded, according to ABS-CBN News.

The explosion apparently struck shortly after 10 p.m. local time, and police were working to determine what caused it, though they suspect it was a bomb.

Davao City Vice Mayor Paolo Duterte, and son of the Philippine president, wrote in a statement published to Facebook, "Rest assured the authorities are on top of this incident."

There's no sign yet of "who is behind this," the vice mayor said. He concluded, "It's a sad day for Davao and for the Philippines."

He tells GMA News Online that his father was monitoring the situation at the Davao City police station.

"The explosion happened at around 10:20 PM tonight," reports Atenews, the student news agency at Ateneo de Davao University, which is across the street from the blast's location on Roxas Street.

UPDATE: At least ten were reported dead due to the explosion. Duterte is already at the Roxas Night Market.

Atenews also posted photos from the scene that show police and emergency teams tending to the wounded. In the background, tents and kiosks are still standing.

A known Islamic terrorist organization, the Abu Sayyaf Group, claimed responsibility for the attack. Abu Rami, a spokesperson for the extremist group warned of more attacks in retaliation against the military, after it launched an offensive against the group, following its killing of 15 soldiers.

Under New Philippine President, Nearly 1,800 Have Died In Extrajudicial Killings

The tough-on-crime President Duterte has declared a national "state of lawlessness" until he feels that the country is safe from the threats of terrorism and drugs.

Duterte says he may "invite uniformed personnel to run the country according to my specification," but insisted the declaration isn't the same as martial law, adding that civil liberties, including writ of habeas corpus, haven't been suspended.