Accessibility links
Obama: Talks With Russia Over Syria Strategy Suffer From 'Gaps Of Trust' : The Two-Way The president met with Vladimir Putin on the sidelines of the G-20 summit. On Monday, Obama said their negotiations were unsuccessful. The same day, bombings in Syria killed more than 50 people.

Obama: Talks With Russia Over Syria Strategy Suffer From 'Gaps Of Trust'

Obama: Talks With Russia Over Syria Strategy Suffer From 'Gaps Of Trust' 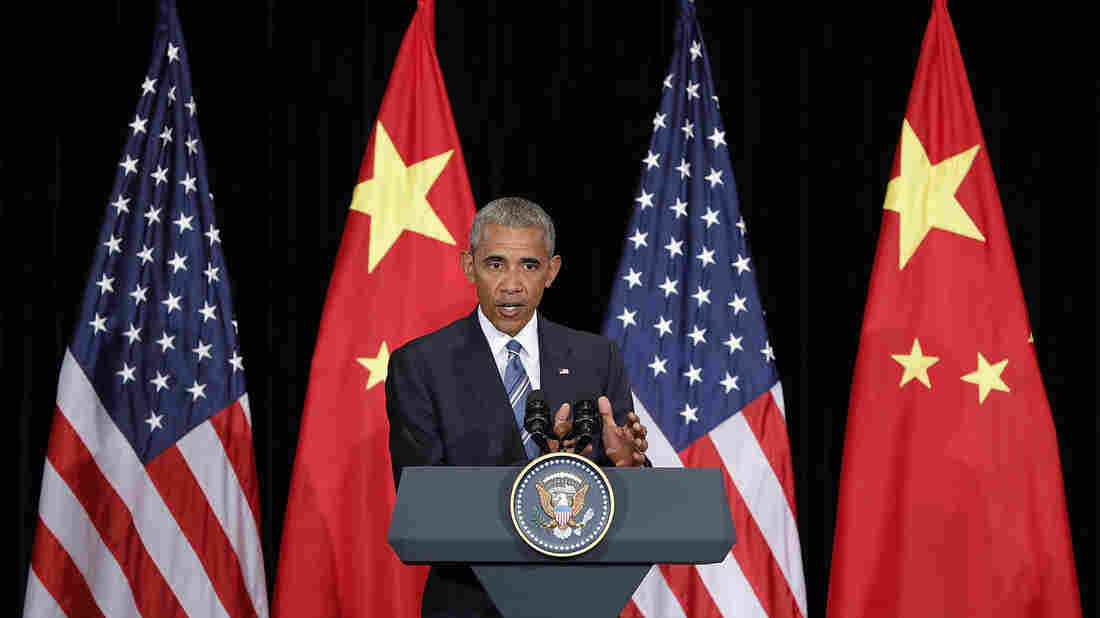 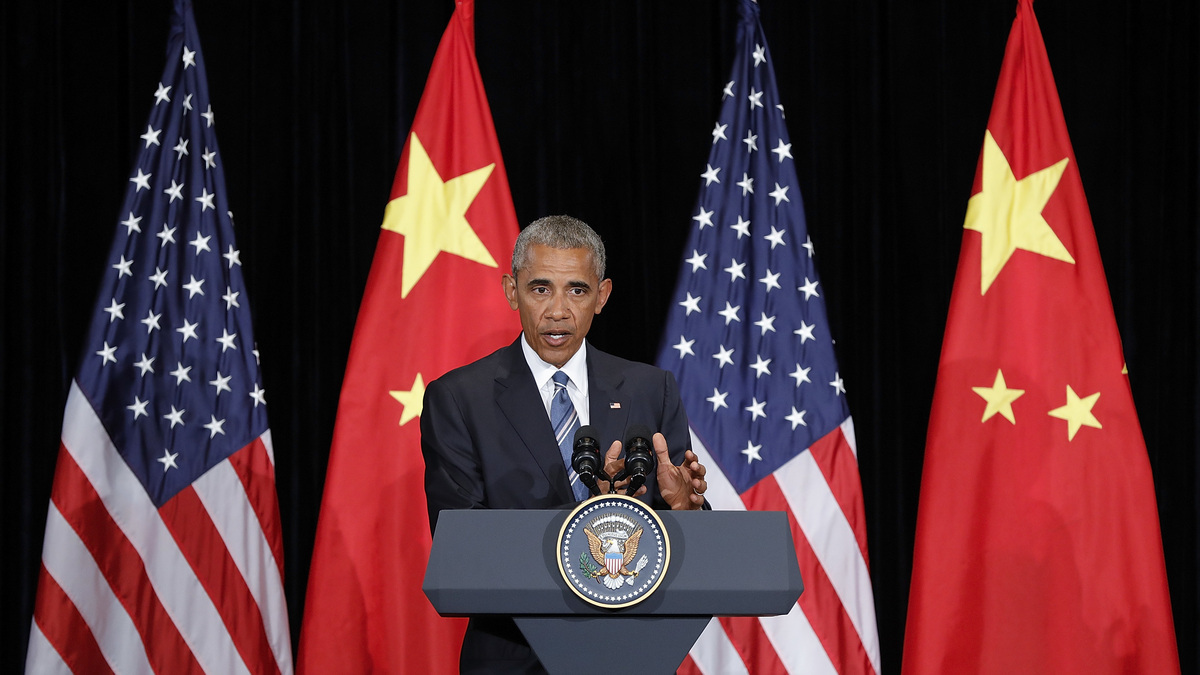 President Barack Obama speaks to media after the G20 closing at JW Marriott Hotel on Monday in Hangzhou, China.

President Obama met with his Russian counterpart on the sidelines of the G-20 summit in China, negotiating over a proposal to cooperate in the war in Syria.

But the diplomatic efforts were unsuccessful, Obama said at a press conference on Monday.

"Given the gaps of trust that exist, that's a tough negotiation, and we haven't yet closed the gaps in a way where we think it would actually work," he said.

The same day that Obama announced the lack of progress, a string of bombings in Syria killed more than 50 people, according to reports. The Islamic State has claimed responsibility for several of the attacks, which mostly targeted normally-secure regions controlled by the Syrian government or by Kurdish forces, NPR's Alison Meuse reports.

"In the northeastern city of Hasakeh, a booby-trapped motorcycle was detonated at a main roundabout, killing civilians and members of the Kurdish security forces, according to the Syrian Observatory," Alison says. "Other bombings struck regime-held areas in Homs city and Damascus countryside."

G-20 Confrontation: U.S., China Have Tense Exchange On The Tarmac Ahead Of Summit

As NPR's David Welna reported earlier this summer, Secretary of State John Kerry has been pushing for a deal between the U.S. and Russia that would have the two countries coordinate their military efforts to target mutual enemies in Syria.

On Kerfuffle With Chinese Officials, Obama Says: Don't 'Over-Crank' It

"In exchange, Russia would prevail on its ally, the regime of Bashar al-Assad, to stop bombing moderate rebel groups and civilians," David reported in July.

On Monday, Obama didn't provide details about where his negotiations with Russian President Vladimir Putin broke down, The Associated Press reports. But Obama "suggested the U.S. has concerns about Russia holding up its end of the bargain and enforcing the terms," the wire service writes.

The two leaders also discussed Ukraine during their meetings at the G20; Obama says he emphasized that U.S. sanctions against Russia wouldn't be lifted until a peace agreement is implemented in Ukraine.

At the press conference Monday, Obama also addressed concerns about cybersecurity, acknowledging that the U.S. has "had problems with cyber intrusions" from Russia and other countries.

"Our goal is not to suddenly in the cyber arena duplicate a cycle of escalation that we saw when it comes to other arms races in the past," he said, "but rather to start instituting some norms so that everyone is acting responsibly.

"What we cannot do is have a situation in which suddenly this becomes the wild wild west, where countries that have significant cyber capacity start engaging in ... unhealthy competition or conflict through these means."

The president also discussed the Trans-Pacific Partnership trade deal, which has come under attack from both parties during this campaign season. "It is indisputable that it would create a better deal for us than the status quo," Obama said.