Accessibility links
Nearly 27 Years After Abduction, Jacob Wetterling's Remains Have Been Found : The Two-Way Wetterling was 11 when he was abducted at gunpoint while riding his bike in St. Joseph, Minn. The case helped lead to a national sex offender registry.

Nearly 27 Years After Abduction, Jacob Wetterling's Remains Have Been Found

Nearly 27 Years After Abduction, Jacob Wetterling's Remains Have Been Found 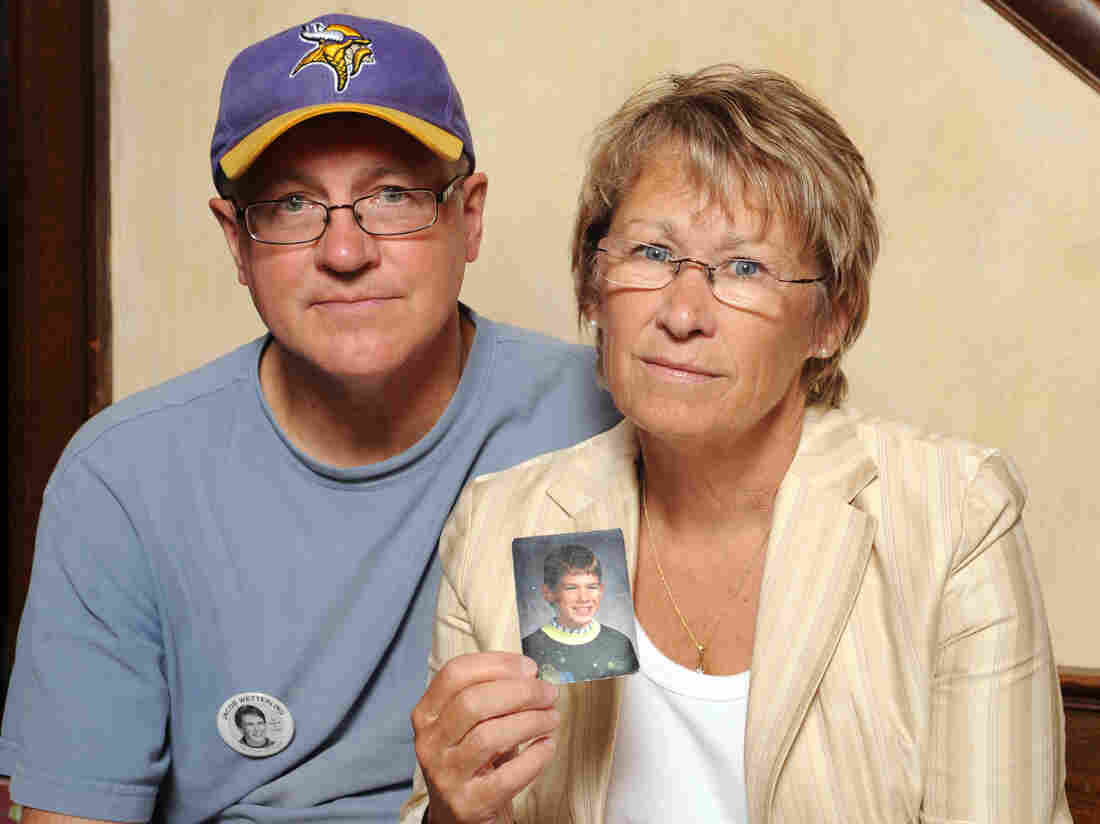 In this 2009 photograph, Patty and Jerry Wetterling show a photo of their son Jacob, who was abducted in 1989 in St. Joseph, Minn. Local authorities announced Saturday that his remains have been found. Craig Lassig/AP hide caption 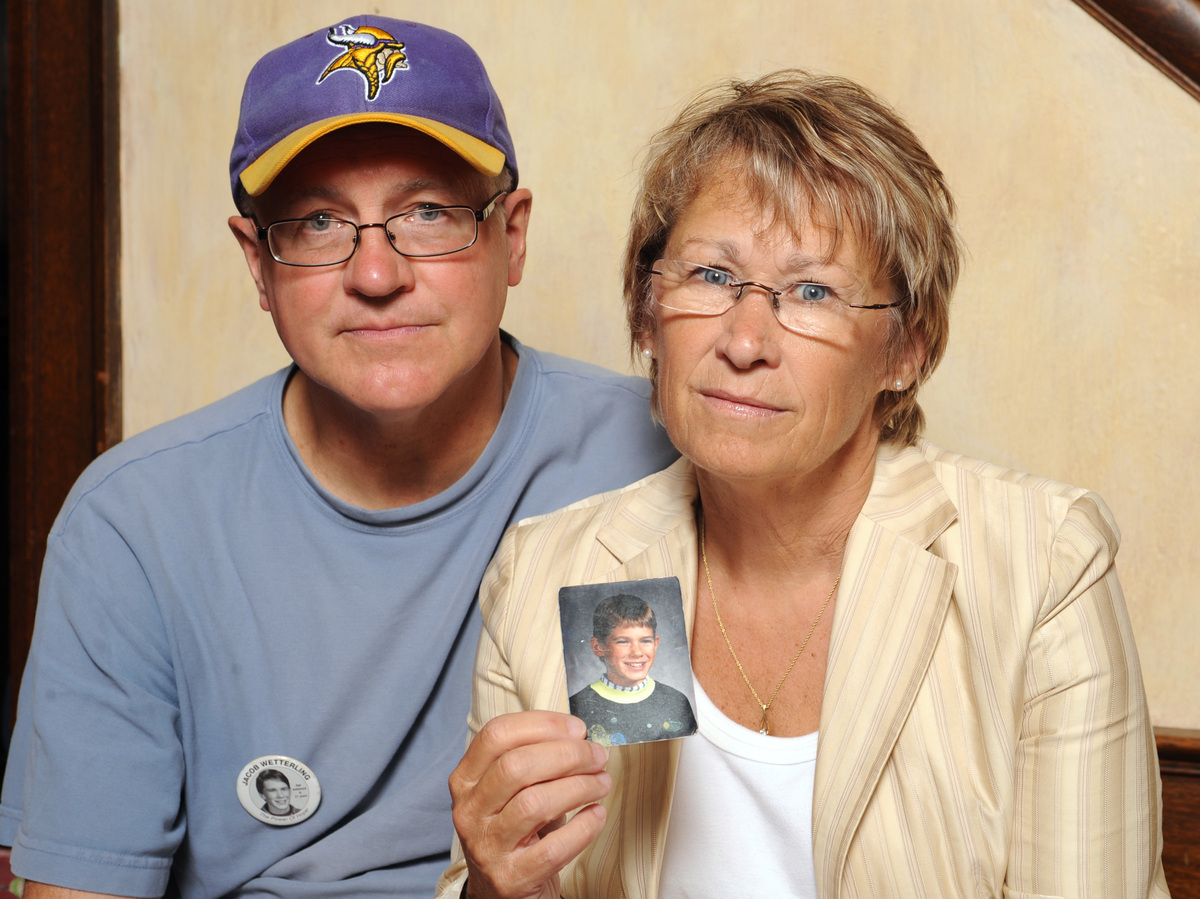 In this 2009 photograph, Patty and Jerry Wetterling show a photo of their son Jacob, who was abducted in 1989 in St. Joseph, Minn. Local authorities announced Saturday that his remains have been found.

Nearly 27 years ago, Jacob Wetterling was abducted at gunpoint while out for a bike ride with his brother and a friend in St. Joseph, Minn. The masked assailant let the others go unharmed, provided they flee; the 11-year-old Wetterling, however, the assailant held onto.

To this day, Wetterling's 1989 abduction remains unsolved despite decades of national attention. But on Saturday, Minnesota officials offered some measure of closure nevertheless, announcing that the boy's remains had been identified.

In a statement released to the media, the Stearns County Sheriff's Office confirmed the news, noting that it plans additional DNA testing. The office added that authorities are "currently in the process of reviewing and evaluating new evidence in the Jacob Wetterling investigation."

"It's a story that is seared into the memory of most Minnesotans and beyond," Ross says. "People were shocked that such a thing could happen in such a small, seemingly safe town."

Shortly after the abduction, law enforcement launched a highly publicized investigation, which drew more than 50,000 leads and an initial reward of more than $100,000, according to Minnesota Public Radio — all to no avail.

But that long-running investigation found a break recently, when a "person of interest in Jacob's abduction took authorities to a field in central Minnesota," according to The Associated Press. The news service, citing an anonymous law enforcement official, reports that the remains were discovered buried in the field. It was Daniel Heinrich, 53, who told the FBI where Wetterling's remains were located, "as part of an ongoing plea agreement," CBS News reports.

"Authorities expect to be in a position to provide more detailed information early next week," the Stearns County Sheriff's Office says.

For now, Jacob Wetterling's mother, Patty, tweeted that the Wetterling family is "drawing strength from all your love & support."

Our family is drawing strength from all your love & support. We're struggling with words at this time. Thank you for your hope. #jacobshope

"We are in deep grief. We didn't want Jacob's story to end this way," the Jacob Wetterling Resource Center announced in a statement. "The Wetterlings had a choice to walk into bitterness and anger or to walk into a light of what could be, a light of hope. Their choice changed the world."

A previous version of this post stated that Jacob Wetterling was riding his bike with two friends when he was abducted. He was with his brother and a friend.